Accessibility links
All About That Bass, But Give The Drummer Some Bassist Christian McBride, host of NPR's Jazz Night In America, explains the complicated dynamics between the bass and the drums in jazz — and James Brown. 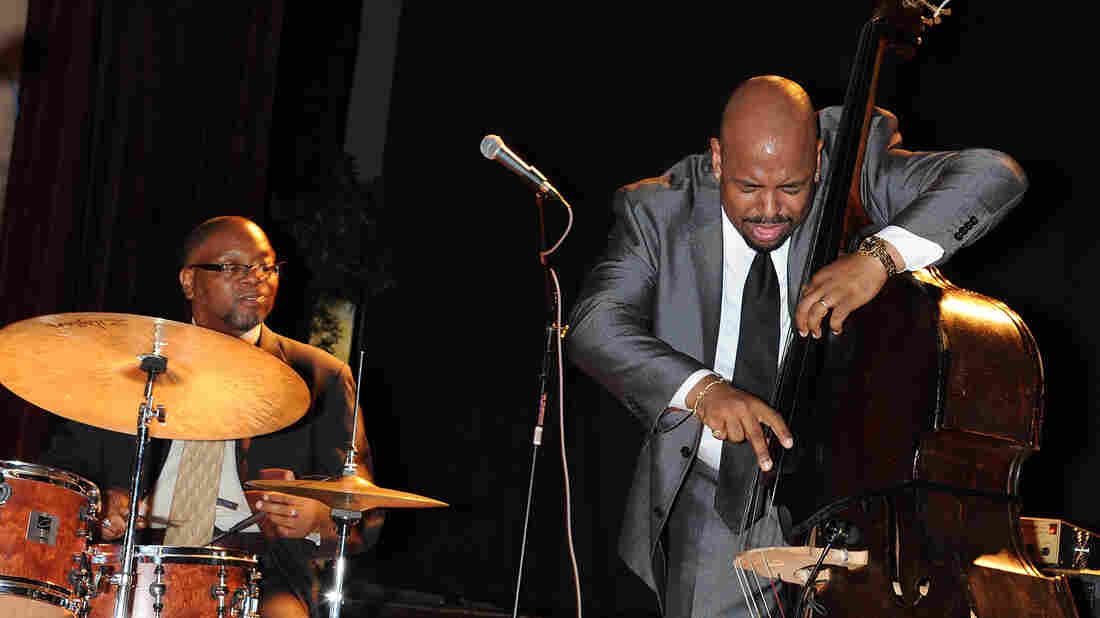 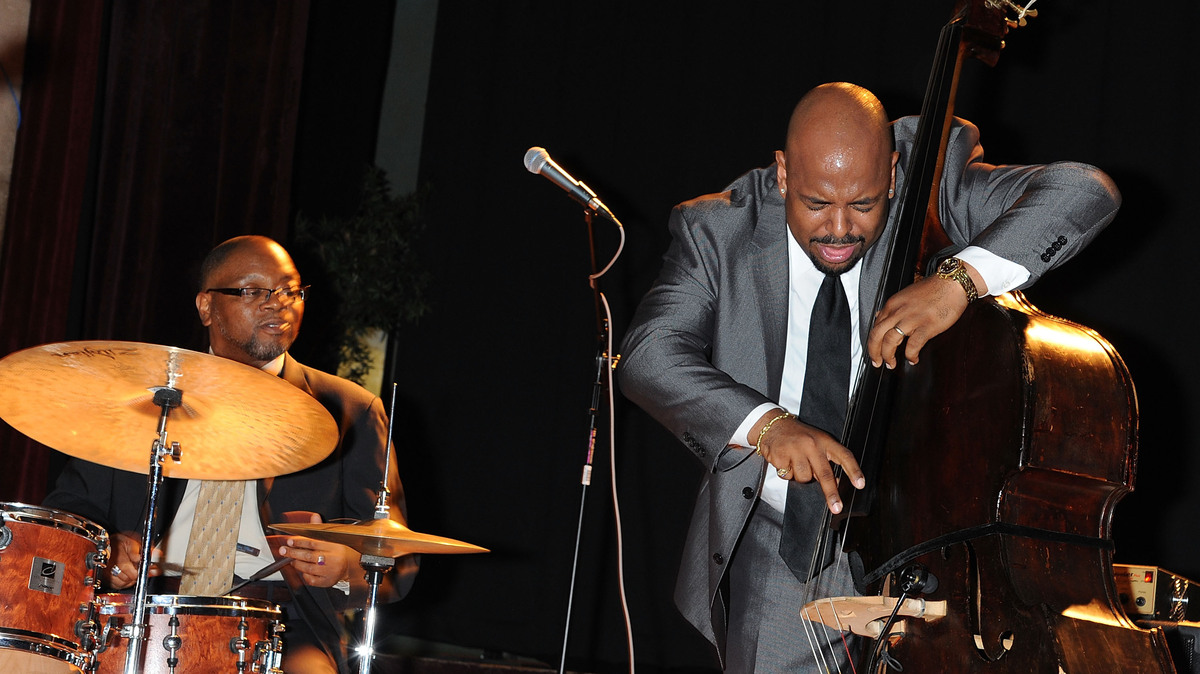 Bassist Christian McBride syncs up with drummer Lewis Nash in 2011.

Here's a duo that's at the foundation of music itself, but which isn't always noticed: the musical interplay between the bass and the drum.

"You know, in any sort of music, the bass and drums should work as one instrument," Christian McBride says. "It determines whether it's funk or jazz or country or rock 'n' roll. It all depends on what rhythms are coming from the bass and the drums that make a particular music what it is."

McBride, a celebrated bassist and host of NPR's Jazz Night In America, knows a little something about how this works. He helped break down the dynamic during his latest chat with All Things Considered host Audie Cornish.

First up: a James Brown tune. Specifically, the hookup between bassist Bootsy Collins and drummer John "Jabo" Starks in "Talkin' Loud And Sayin' Nothing."

At the time of the recording, Collins was an 18-year-old hotshot with all the latest pedal tricks and effects in his bag. Starks came from a more traditional blues background.

"So it was a really great example of an old-schooler kind of having to confront the new school, and a new-schooler having to blend with the older style," McBride says. "And look what happened."

So what does McBride look for in a drummer? He says he looks for drummers who are good listeners, who respond well to the rest of the band — sort of like a basketball point guard who inadvertently controls a game.

"I love a drummer who is sensitive and lets the person who's soloing navigate where the song is going," he says.

The right drummer, especially in a modern jazz context, can shape the feel of a performance to be more "flexible" or "elastic." McBride is quick to explain that this isn't the same thing as keeping time poorly.

"But I think people can tell," he says. "They may not be able to express it in musicians' terms, but they know something's not right because their toe is not tapping. Instead, their eyebrows are raised. 'Oh, I guess this is that part of jazz that I'm supposed to understand, but don't, so therefore I'm going to say I like it so I'm cool.' "

He pulled out an example of a bass-drums hookup that feels "right in the middle": bassist Sam Jones and drummer Louis Hayes, in Cannonball Adderley's version of "Straight No Chaser" (from the In San Francisco album).

That sense of deep groove is important to McBride. Growing up in Philadelphia around funk, soul and R&B, he says he's "actually a funk bassist that plays jazz."