Accessibility links
Nathaniel Rateliff, Honky-Tonk Soul Man, Stumbles Into A Hit Along with his band The Night Sweats, Rateliff is the voice behind "S.O.B." — a new song with an old sound that's catching a lot of people off guard. 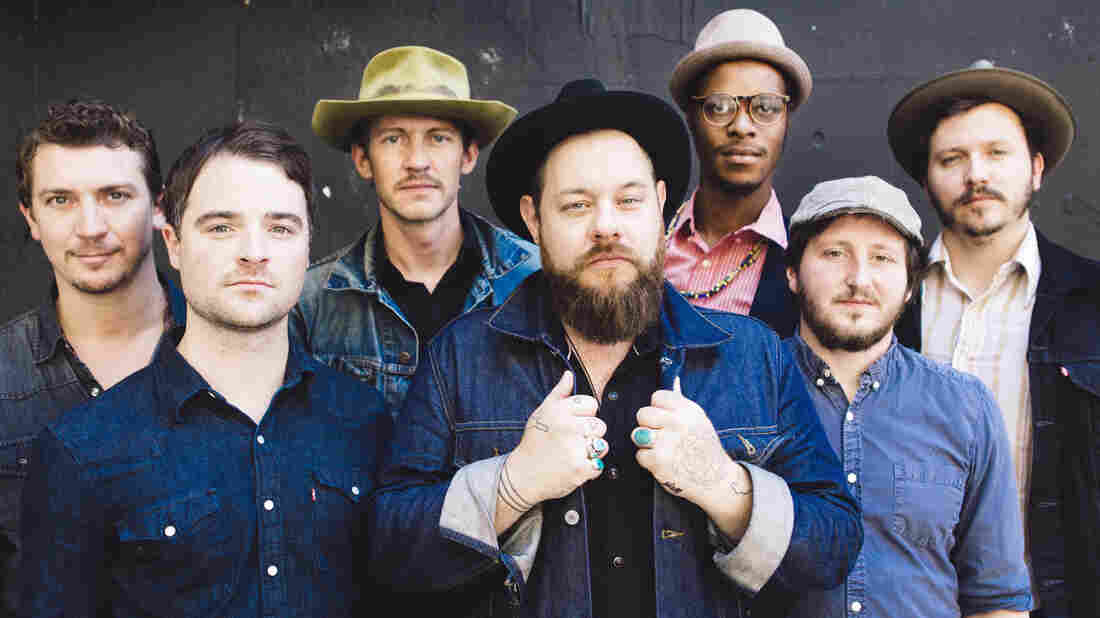 Nathaniel Rateliff and the Night Sweats. Malia James/Courtesy of the artist hide caption 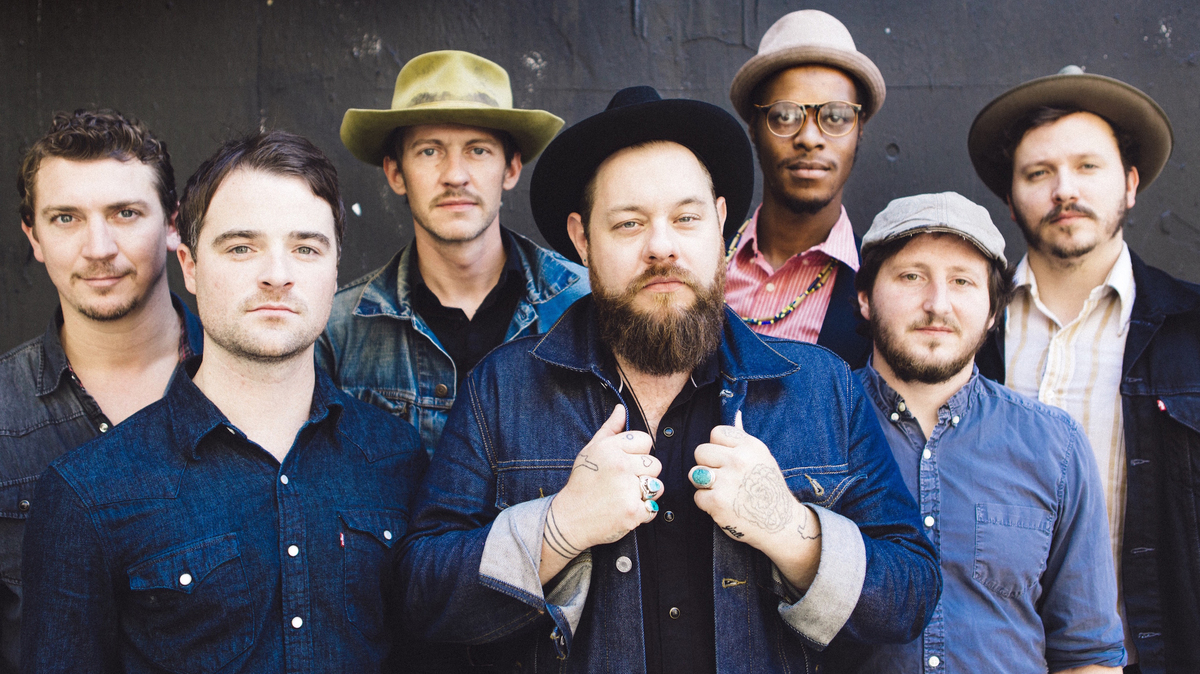 Nathaniel Rateliff and the Night Sweats.

Malia James/Courtesy of the artist

There's a song out there right now that's catching a lot of people off guard. "S.O.B" sounds kind of familiar, maybe like a revived oldie, but it's not: It's fresh off the new self-titled album from the Denver ensemble Nathaniel Rateliff & the Night Sweats.

Rateliff, the band's leader and songwriter, spoke with NPR's Arun Rath about rolling with the punches of an unexpected hit, and landing himself in the middle of an equally unexpected style revival. Hear their conversation at the audio link, and read an edited version below.

Arun Rath: Were you surprised that "S.O.B." took off? It's got a good groove, obviously.

Nathaniel Rateliff: I've never really had a hit before, I so I don't know what the perfect equation is for it. But yeah, it was a surprise! It's still a surprise. I'm just mostly waiting for backlash -- like, "Well, something's gonna go wrong at some point."

There's a retro feel, certainly, to this music. How would you define it?

I mean, it falls into the vein of R&B and soul, but the stuff that was influencing me was the Bang sessions of Van Morrison and Sam & Dave and Otis Redding. I really wanted to try to mix that Southern soul sound with with a little bit of honky-tonk, and what our Missouri roots are.

There's been something of a soul revival lately, wouldn't you say? What do you make of that?

You know, it's been happening for a couple years — and two years ago when I started writing these songs I thought, "Man, I gotta get this record out before I just end up looking like some guy who came in on the coattails of everybody else."

You're not just catching this wave.

No, I'm just a horrible surfer. But yeah, I think there's a resurgence of this style — and soul and R&B and blues and all that kind of stuff is still, you know, Americana music. It's kind of the beauty of the history of music in the United States, and what the different cultures that came here made. It's just a bummer that it went away, so I'm excited that it's back. I hope it lasts, and I hope other people have new and inventive ways to play soul and R&B that are real and a part of them.

When you sing, you really bring it. How do you maintain that intensity, and bring that to a song every time you sing it?

Well, it's a part of the song — so it's just the work you've gotta do. It's been a challenge as far as how many nights in a row you can do that, but we're figuring that out — or I am, rather. I think it's a lot of not talking, and less drinking. I don't know, I feel like the songs require me to be a part of them, and those parts really move me, so I feel like it's on me to do the best I can to be real with it.

That makes me think of the song "I've Been Failing," which you've said is one of your favorite songs on this album.

We do a different version of it live; it's more like a Tom Petty song. But for the record — I don't know, the version we had demoed before was a little too "dad rock," so we're trying to keep away from that as much as possible.

[Laughing] Explain that! What's dad rock about it?

You don't go for perfection in the studio, though, right?

No, not at all. I actually had a friend who, I had sent him one of the first songs we did, and he was like, "I like the song. I'm surprised you kept those guitars in there — they're wildly out of tune." And I was like, "Great!" I think the mistakes make it a little more human, you know?

Something I've gotta ask you — and I read this on the Internet, so if it's not true, tell me — did you used to be a missionary?

I first moved to Denver to work with a group called YWAM, "Youth With a Mission." I was a kid — I was 18 — and did some work with homeless people. Really, trying to convert people is sort of an awful position to find yourself in, so I quickly, on my own, grew out of religious ideas.

It's hard to escape that your songs are kind of about the reprobate life: drinking, sin, consequences.

Right — not in a bad way, though. Sinning and drinking, if you can do it at the same time, it's a hell of a day.