Accessibility links
Ursula K. Le Guin Steers Her Craft Into A New Century The famed novelist says that at 85 she no longer has the energy to write another book, but she's just released a revised and updated edition of her manual for aspiring writers, Steering the Craft. 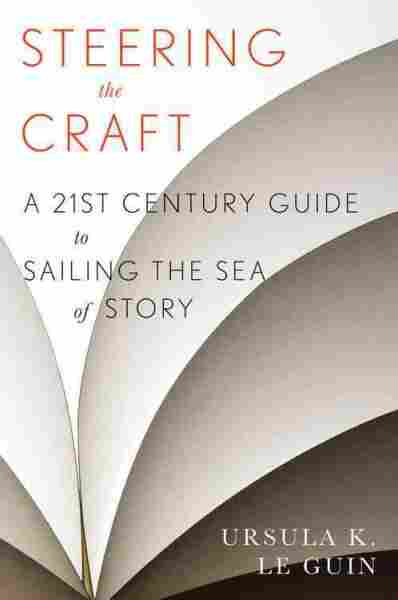 A Twenty-First-Century Guide to Sailing the Sea of Story

Ursula Le Guin has brought mainstream recognition to science fiction in a successful career that has endured for sixty years, with books that include The Left Hand of Darkness, Lavinia, and the Earthsea series for young readers.

She says she doesn't believe in a lot of do's and don'ts in writing. But she does run writing workshops in which serious writers might test what works well, and what doesn't quite do the job. Back in the '90s, Le Guin wrote a manual for aspiring writers called Steering the Craft. And she's just released a new edition of the book, updated for the 21st century.

Le Guin tells NPR's Scott Simon that sound is often forgotten in a piece of writing. "Writing is a kind of way of speaking, and I hear it," she says. "And I think a lot of readers hear it too. Even if they hear it in silence. And so the sounds of the language, and the rhythm and the cadence of the sentences are very powerful."

On the importance of "crowding" and "leaping"

Crowding is what Keats said when he said, "Load every rift with ore." In other words, pack in all the richness you can. All great books are incredibly rich; each sentence can sort of be unpacked. But then also in telling a story, you've got to leap, you've got to leave out so much. And you've got to know which crag to leap to.

On authors who've written about aging

They're calling themselves old, and I'm saying, oh baby. Just wait. To me, it's been kind of like a whole new landscape of living, and [being in her 80s] really is different than the 70s, the decline in energy and what you can get done in a day is enormous. After all, one is approaching the end, and the end is more in view than it ever was. So how do you deal with that?

It is a little bit like being high up on a mountain, and looking back. And oh, look at the view, gee. I never saw all that together before, you know? I mean, there are cool aspects to being very old, but they're not the ones that show up in the posters.

On whether she'll write another novel

I wish I could, but see, there's the energy thing. I realized after I wrote Lavinia, which was my last novel, that I probably wouldn't have the physical strength to put a novel togther again. It's a big undertaking.

When I finished a novel, I was always in a panic — I'll never write again, I'm done, I'm finished. But I always knew somewhere deep in myself that there was actually, something else would show up eventually. And now I don't. I stopped getting story ideas several years ago. And then Lavinia came, just as a gift from Virgil, kind of. Totally unexpected. And when I finished it, I thought, you know, I don't think there's any more water in the well. And I'm not saying that was easy for me to accept, but okay, that's the way it is? That's the way it is.

Read an excerpt of Steering the Craft