Accessibility links
Small Shocks Help Enormous Birds Learn To Avoid Power Lines With wingspans over 9 feet long, California condors are so big that they're at risk for electrocution when they fly into or land on power poles. One San Diego program seeks to change this behavior. 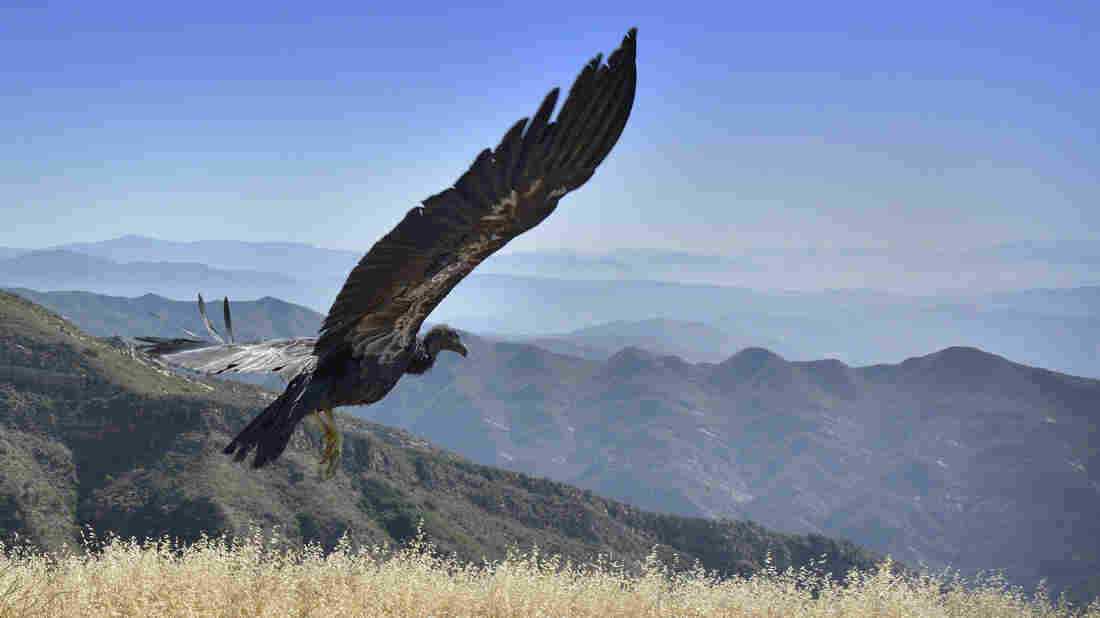 California condors have enormous wingspans. That's fine in the wilderness, but when a bird of this size encounters a power line, the results can be fatal. The San Diego Zoo Safari Park has a program to help train birds to avoid the hazard. Jon Myatt/U.S. Fish and Wildlife Service/Flickr hide caption 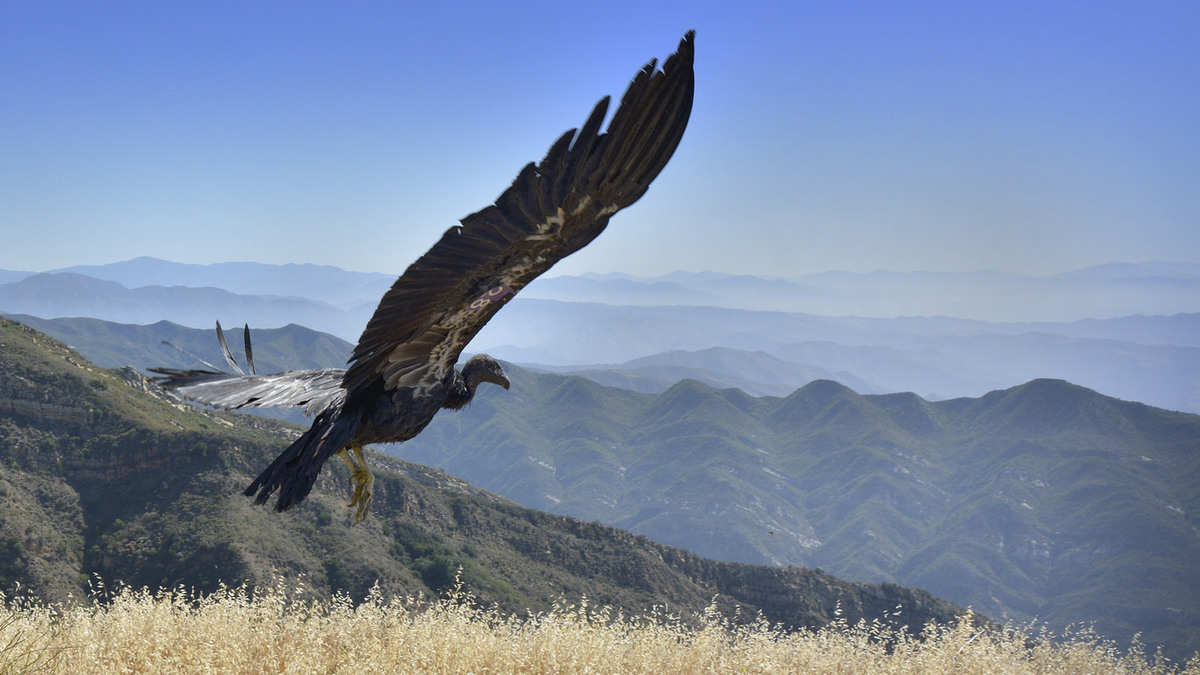 California condors have enormous wingspans. That's fine in the wilderness, but when a bird of this size encounters a power line, the results can be fatal. The San Diego Zoo Safari Park has a program to help train birds to avoid the hazard.

The California condor is big. In fact, it's the largest flying bird in North America with a wingspan of 9 1/2 feet.

Michael Mace, curator of birds for the San Diego Zoo Safari Park, tells NPR's Arun Rath that the condor "is like the 747 compared to a Cessna if you look at it proportionally with other species like eagles and turkey vultures."

Mace works in a condor power line aversion training program at the zoo. It was developed to address the condors' unfortunate run-ins with power lines.

"When they're flying, there's no reason to look forward because they're scanning the earth looking for carrion," Mace explains.

Because the birds have no reason to look forward, they fly into power lines and risk electrocution. On top of that, when the condors are looking for a place to sleep, they land on power poles and structures, and get electrocuted there too.

Their large size makes them more vulnerable to electrocution than smaller birds, because they're more likely to touch two lines at once. (Touching just one wire is safe, which is why many birds land on power lines without consequence).

And each death is worrying. The California condor was on the brink of extinction just a few decades ago, and today there are still fewer than 500 in the world, Mace say.

He and his colleagues at the zoo are trying to use aversion training to undo years of evolution that told the birds not to be worried about things like power lines.

"When we started to realize what was occurring, we wanted to look at a way that we could modify their behavior," Mace explains.

Working with local utility companies, they installed power poles inside the condors' enclosures.

"We wired those poles to deliver a very mild electric charge — nothing harmful — but something that a bird would realize that it was not a comfortable place to be," Mace says.

This aversion training isn't meant to go on indefinitely, though. Eventually, the condors in the program will start to produce their own offspring. As parents, these condors will teach their chicks how to survive in the wild — including avoiding the power structures.

"What we're seeing is the chicks follow the parents' lead and don't do it either," Mace says.

The next generation of power line-averse birds is almost ready to graduate into the real world: Mace says the San Diego Zoo Safari Park will send three birds who have undergone the aversion program to field sites in California and Arizona for release in September.