Accessibility links
Latitudes: The Music You Must Hear To End The Summer Five tunes from West Africa, India and Mexico (by way of Brooklyn) to round out your summer. 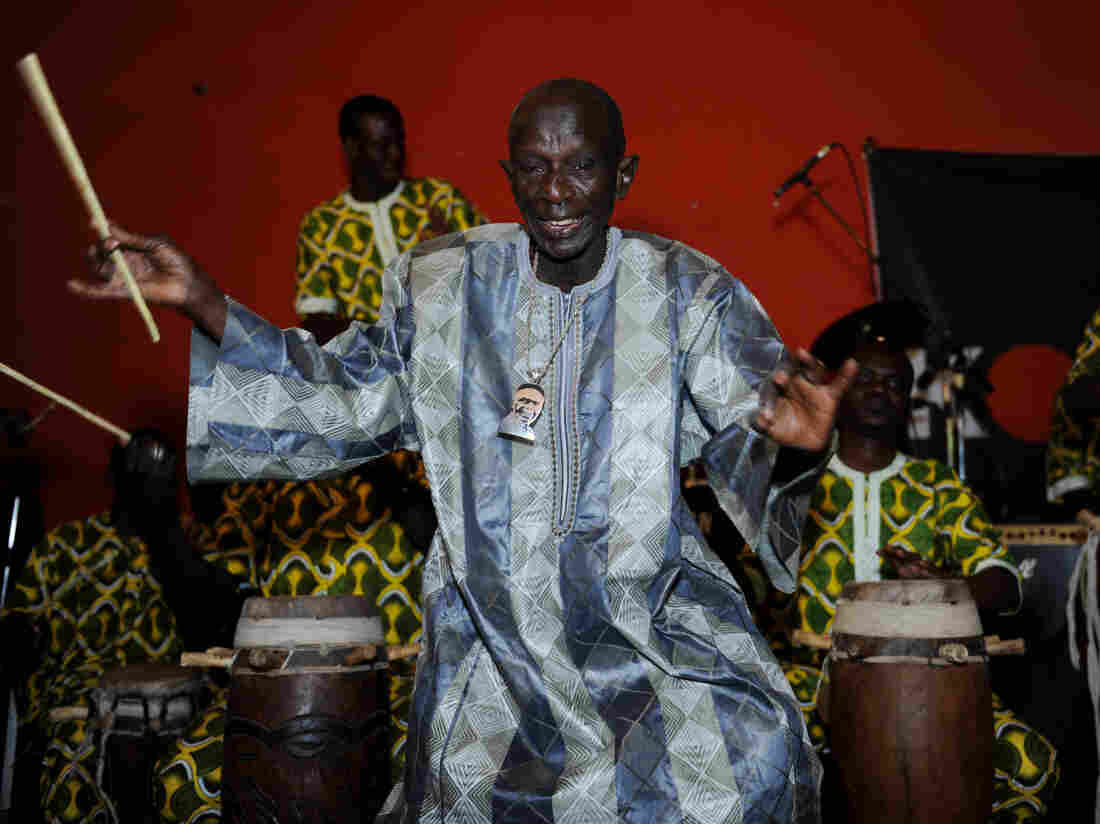 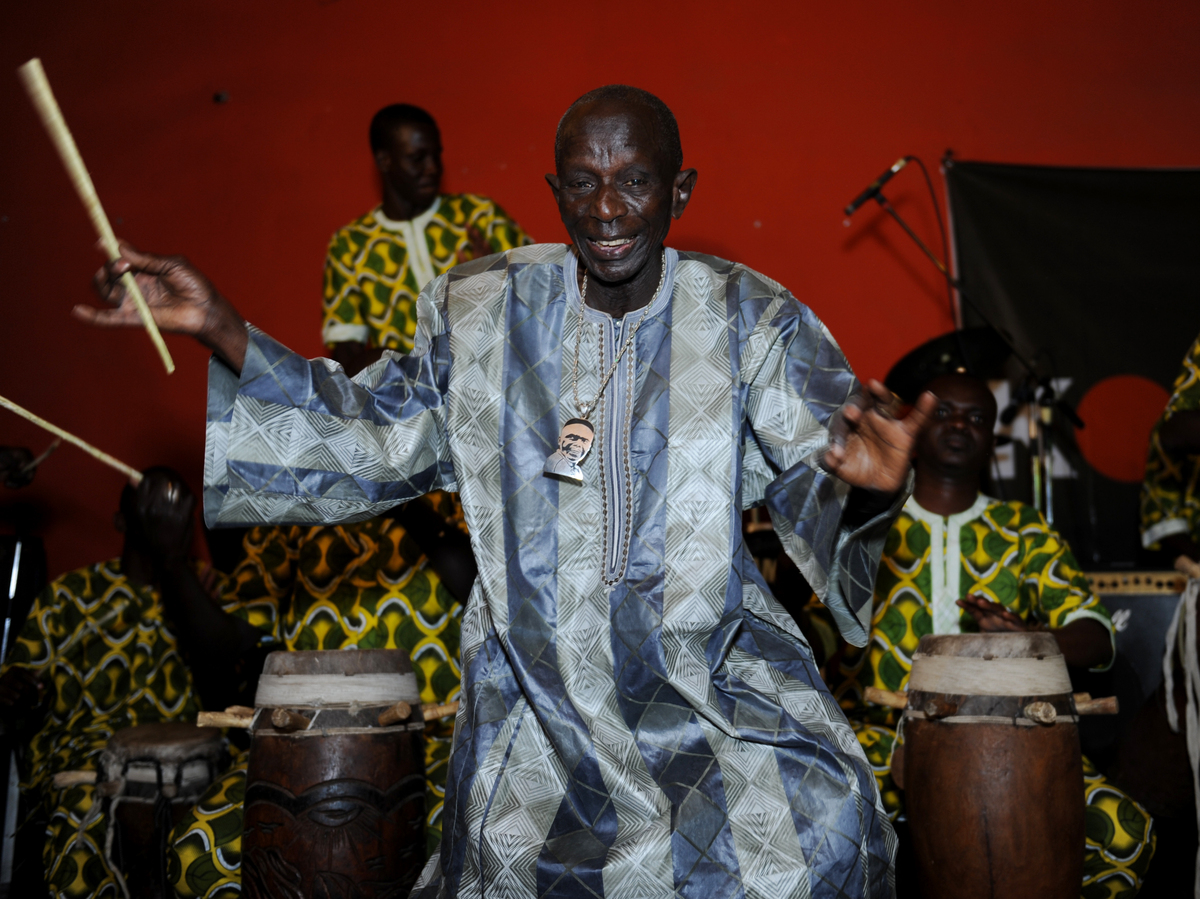 We are sad to note the passing of Senegalese drum master Doudou N'Diaye Rose, who died in Dakar Aug. 19 at age 85. Named a "living human treasure" by UNESCO in 2006, Rose played with such American and British artists as Miles Davis, Dizzy Gillespie, Peter Gabriel and the Rolling Stones. But more importantly, Rose sustained and nurtured local percussion traditions, particularly on the tall drum called the sabar. Our colleague Ofeibea Quist-Arcton, who is based in Dakar, has a longer appreciation. The joy Rose took in performing, and in sculpting large-scale performances, is palpable. Here's a brief film the French site Mondomix made about him in 2009 in Fes, Morocco.

Speaking of Senegal, but going to a much more meditative end of the spectrum, the kora player Seckou Keita has a really lovely new solo album called 22 Strings. (In many parts of West Africa, this plucked instrument has only 21 strings, but in northern Guinea and southern Senegal, where Keita is from, the instrument has one more.) Here's a very beautiful piece from this album called "Mikhi Nathan Mu-Toma" (The Invisible Man), which Keita wrote about his father, who was absent from his life from the time he was very young.

If you want to hear a really great Sinaloense brass band, your best bet these days might be to head to ... Brooklyn. That's where the Banda de los Muertos is based, and it's helmed by two unlikely gents. Oscar Noriega is a jazz saxophonist and clarinetist best known as a sideman for folks like Lee Konitz and Paul Motian. Jacob Garchik is a trombonist whose work spans arranging for the Kronos Quartet to founding what he calls an "atheist gospel trombone choir." In any case, their Mexican group masterfully performs a playful mix of traditional banda tunes and original songs.

Love to dance? The beat comes fast and hard on "Nachan Farrate" (Dance With Full Power), a Punjabi-flavored "item number" from the Bollywood summer movie All Is Well. Despite terrible reviews for the film — with its "indefensible" plot and "cliche gridlock" that "gets things wrong on so many levels" — "Nachan Farrate" is a total earworm of a tune, featuring singers Kanika Kapoor and the Meet Bros duo (and Sonakshi Sinha as the item girl).

Finally: one more African tune for your Labor Day cookout. It's the lighthearted "Sweet Fanta Diallo (Adieu Soleil)," one of the biggest hits of this summer across West Africa and France. It's from Magic System, a group from Ivory Coast that specializes in zouglou, a local genre that brings in elements of other styles, especially Caribbean ones like zouk and soca. (Don't miss their even bigger 2014 summer song, "Magic in the Air," with Moroccan singer Chawki.) Magic System's "Sweet Fanta Diallo" is a cover of a song written by Alpha Blondy, another artist from Ivory Coast.