Accessibility links
Oil Market Bust Yields Unexpected Boom For Texas Repo Men The price of oil has dropped to its lowest point in years in recent weeks. That's meant layoffs and people falling behind on payments for the fancy vehicles they bought during the good times. 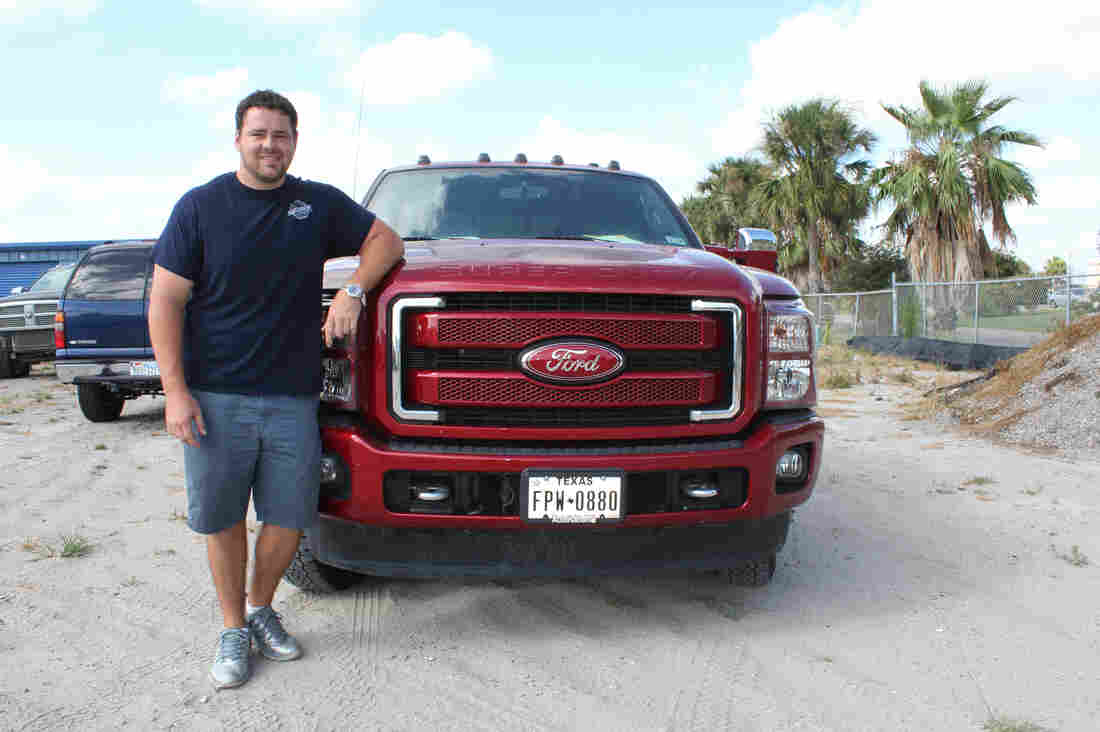 Ryan Peck repossesses vehicles in Corpus Christi, Texas. His business is seeing the upside of the downturn in oil prices: a spike in the number of expensive trucks bought by oilfield workers during an earlier boom. Mose Buchele/KUT hide caption 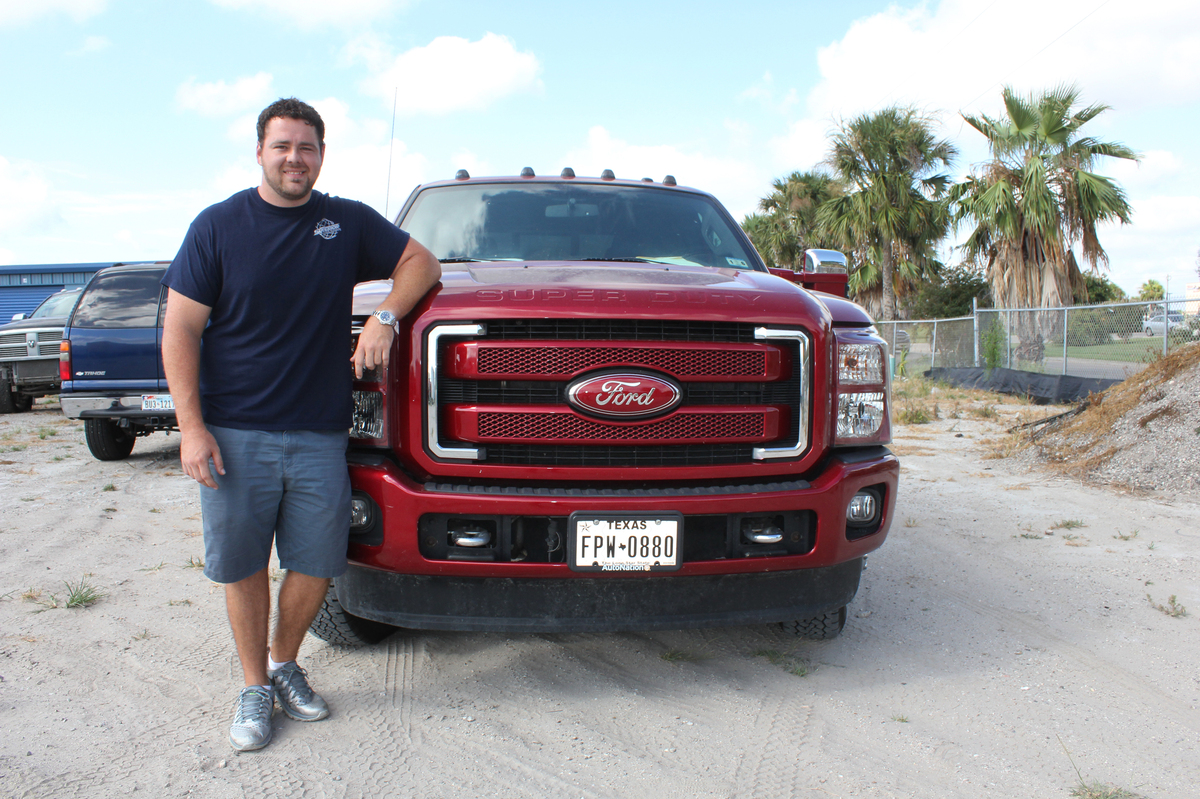 Ryan Peck repossesses vehicles in Corpus Christi, Texas. His business is seeing the upside of the downturn in oil prices: a spike in the number of expensive trucks bought by oilfield workers during an earlier boom.

The price of oil has dropped to its lowest point in years in recent weeks. That's bad news for almost everyone in oil-producing parts of the country.

But there is at least one business that's booming in the oil patch.

Walk around Ryan Peck's impound lot on the south side of Corpus Christi, Texas, and it's easy to see he's busy.

"We just got a few pickup trucks, couple brand-new trucks, 2015s, couple work trucks," Peck says. "These are all vehicles that are not getting redeemed, that are fixing to go to the auction."

Peck, who owns Superior Auto Recovery, isn't a car salesman. He a repo man, and he's been repossessing a lot of trucks lately. So many that it's even caught his attention. "In our business, there's trucks that we normally don't pick up: three-quarter-ton diesel trucks, 1-ton trucks," he says.

So where are they coming from?

One of the trucks on the lot yields a few hints: in the bed of the truck, tools and wrenches — equipment that was once used in the oilfield.

Peck says during the drilling boom that started around 2009, oil workers bought a lot of these expensive trucks. Now the boom's over, and they can't make payments. So he's doing plenty of work in the nearby oil town of Alice.

Alice has streets with names like "Energy Avenue" and "Industrial Boulevard." These are where big oilfield service companies brought jobs during the boom. When the bust came, the workers were the ones hardest hit.

It's been more than three months since Alice resident Javier Gamez has had work in the oilfields. He says he used to make up to $6,000 a month in the oilfields. Now he's lucky to pull in $600 doing construction work.

He, too, bought a truck. He doesn't have it anymore. And Gamez says a lot of his buddies lost their trucks as well. They ignored the warnings of old-timers who'd lived through booms and busts before.

It might sound shortsighted, but a lot of people thought the good times would last. So did local governments, which are grappling with a big drop in tax revenue.

"That snowball effect happens where we don't have any money because we're not working, so we don't go spend at the restaurant, so now the poor lady at the restaurant loses hours, and it just goes down the line," Gamez says.

Oil Prices Are Rising Again, But Will They Keep Going Up?

That snowball effect goes all the way back to the car dealership.

Jacob Lopez, who owns Coyote Auto sales in Alice, remembers when the trucks used to fly off the lot. "Seventy percent of my business was heavy-duty trucks, lifted diesel 4x4, and now I just don't have that demand anymore," he says.

Now he sells more affordable, fuel-efficient cars. But in general, most people aren't buying any cars at all.

"I saw the business drop off after the spring when you started seeing the rigs being shut down," Lopez says.

That echoed something Peck, the repo man in Corpus Christi, mentioned. If the downturn continues, Peck says, car loans will be harder to get. Fewer people will buy cars, so fewer people will default on their loans. That means eventually his business will take a hit.

"If nobody's paying for cars, nobody's buying cars as well," he says.

"It comes back to get everybody," Peck says. "Nobody's safe from it."

But unlike Gamez and his buddies, Peck says he's saving his money — in case the repo bubble becomes a repo bust.