Accessibility links
Song Premiere: Tropic Of Cancer Returns With 'Stop Suffering' Downwards and Sandwell District-associated songwriter returns with a chilling, exquisite examination of how lovers can tear each other apart.

Tropic Of Cancer's new EP, Stop Suffering, is out October 30.

Suzy Poling/Courtesy of the artist

Camella Lobo, the woman behind Los Angeles synth act Tropic Of Cancer, is obsessed with love's collateral damage. For the past eight years, initially with her then-husband Juan Mendez (a.k.a. Silent Servant) and more recently on her own, Lobo has examined the fragility of human emotion through solemn synthesizer work and funereal tempos. The results are always haunting, and, often, quite beautiful. 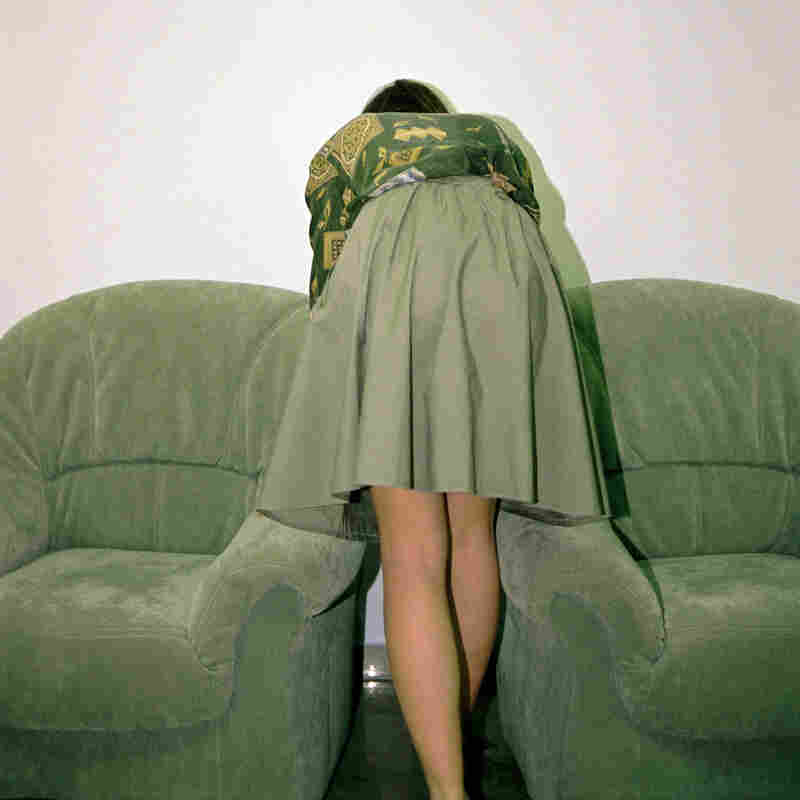 The artwork to Tropic Of Cancer's upcoming 12", Stop Suffering. Courtesy of the artist hide caption

Lobo returns from a two-year break this October with Stop Suffering, a 12" EP that will serve as an appetizer for a new Tropic of Cancer full-length album, due in 2016. The title track, written and recorded by Lobo, is a gorgeous slice of goth, the type of gauzy mood music you might hear in the background of a Twin Peaks episode or on the soundtrack of Nicolas Winding Refn's Drive. Lobo's lyrics focus on the slow death of a terminally ill relationship, and the macabre delight in which lovers tear each other apart once the end is in sight.

Stop Suffering is out Oct. 30 on Blackest Ever Black.