Accessibility links
Interview: Jonathan Franzen, Author Of 'Purity' The author of The Corrections and the new novel Purity likens writing to losing himself in a dream. "When it's really going well ... you're in a fantasy land and feeling no pain," he says. 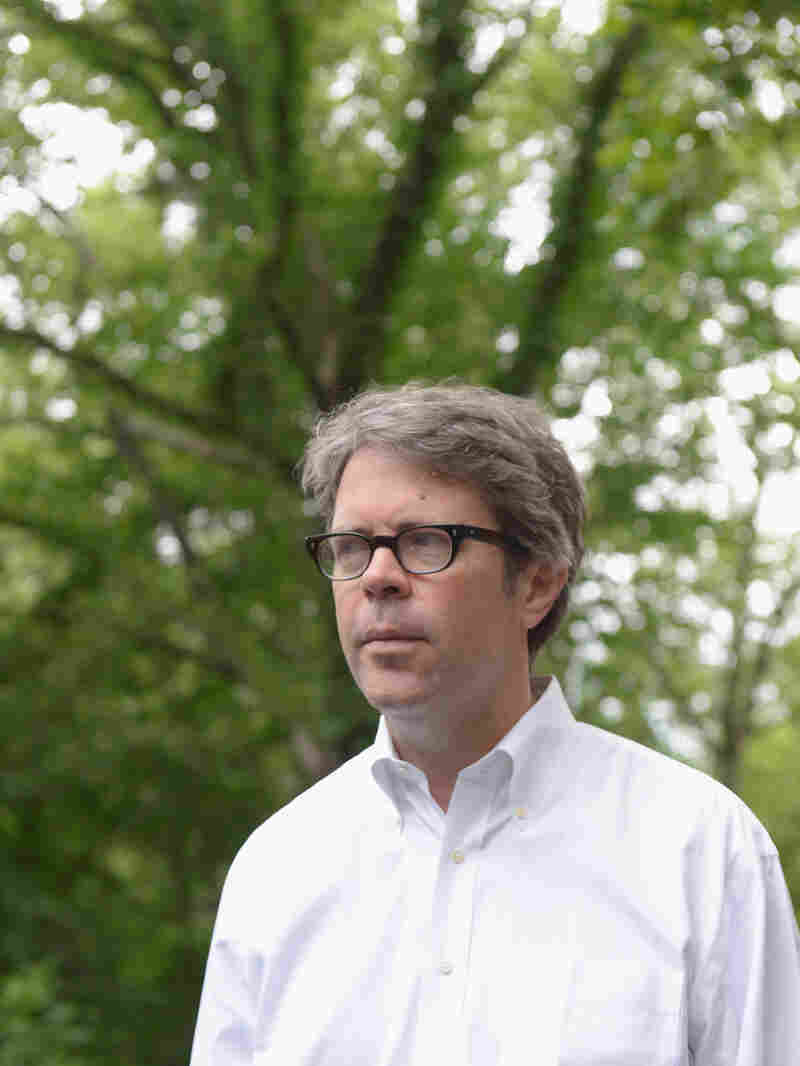 Jonathan Franzen is also the author of Freedom and the essay collection How To Be Alone. Michael Loccisano/Getty Images for HBO hide caption 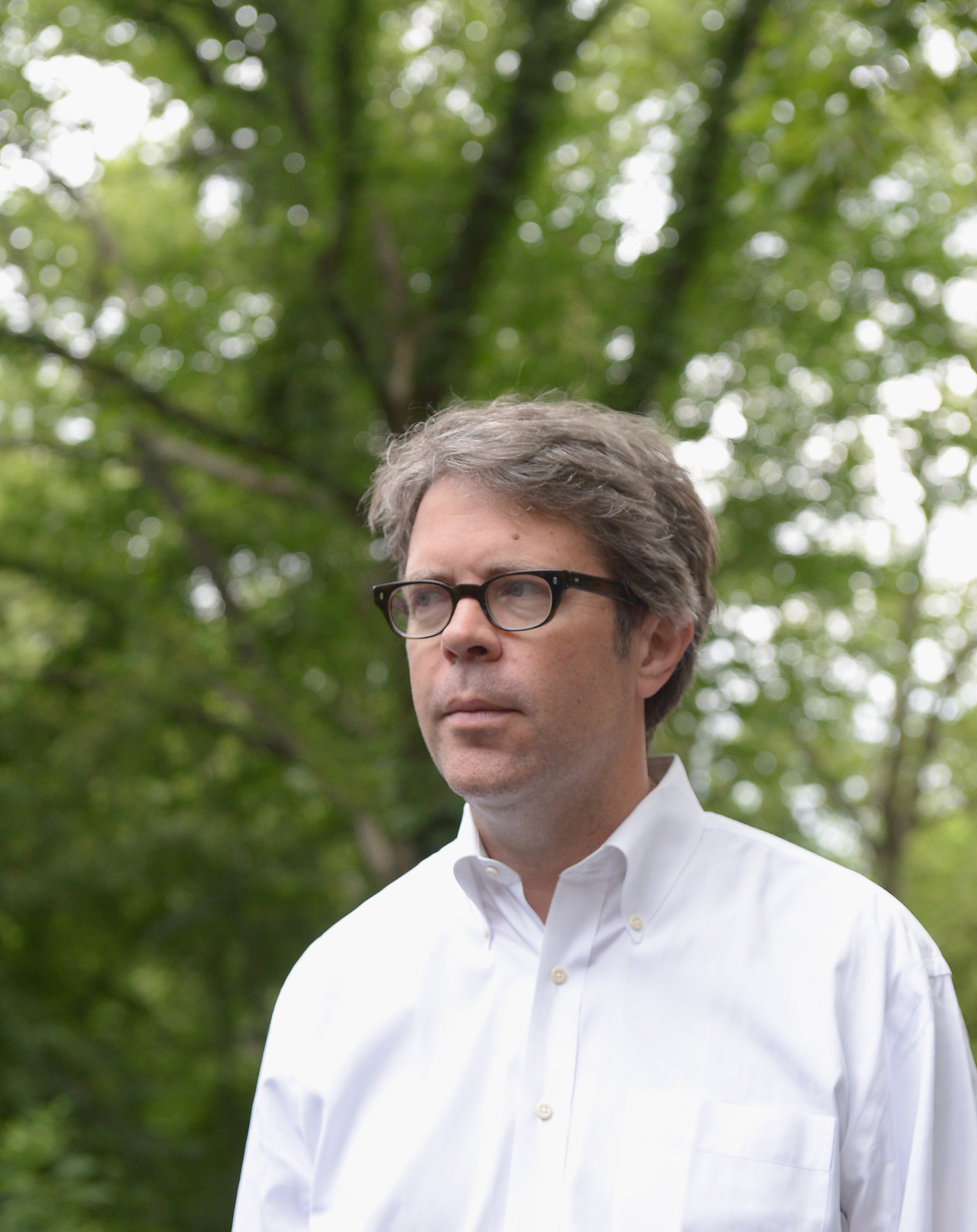 Jonathan Franzen is also the author of Freedom and the essay collection How To Be Alone.

For novelist Jonathan Franzen, writing isn't just an escape from himself, it's an "escape from everything." He tells Fresh Air's Terry Gross: "It's like having this dream that you can go back to, kind of on demand. When it's really going well ... you're in a fantasy land and feeling no pain."

Franzen is the author of five novels, including The Corrections, which won the National Book Award in 2001. He has also written numerous personal essays. The central character of his latest novel, Purity, is "Pip," a recent college graduate who is weighed down by student-loan debt and the desire to know who her father is. When Pip takes a job working for a mysterious WikiLeaks-type website, the novel veers into themes of secrecy, privacy and identity — three issues with which Franzen is very familiar.

"I'm in the business of betraying secrets about myself," Franzen says, reflecting on his personal essays. "There's a wish, I think, to be in an intimate relationship with a readership. ... I'm not going to tell you everything, but I'm going to tell you more than most would tell the world, because that's how trust and intimacy are formed."

On the themes of secrecy and privacy in Purity

In a somewhat obsessive way, I gave every main character in the book some kind of secret, yes. Well, here's the thing: Secrets have a different kind of value for a novelist and you don't want to find yourself in the position, as a novelist, of hanging the suspense in a novel on a secret that will be revealed at the end, because, for one thing, nowadays someone could just tell you what the secret is and then, if that's what's driving the whole book, then the whole thing falls apart. But also because it seems like kind of bad faith on the author's part to withhold really important information. It seems like a kind of low-class game to play with the reader. So the secrets are not from the reader; they're from other characters. ... You can get a different kind of suspense going about when will this other person learn that secret or whether that other person will learn that secret, and that's what I did in this case. 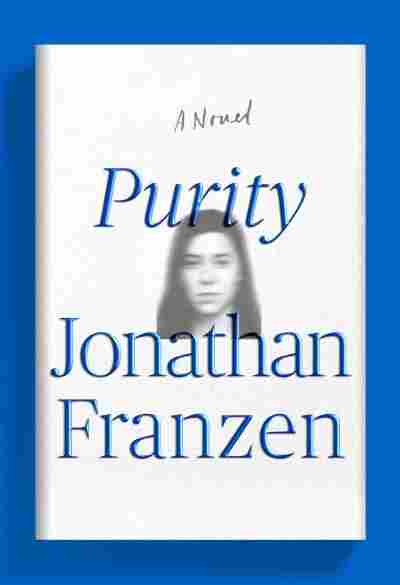 On revealing personal stories in his work

I've written a lot of confessional essays. I've written a fairly confessional memoir. ... I'm not going to hold back. The writer is in a weird position because that's not something most people do. Sometimes it begins to verge into a feeling of exhibitionism like, "Why am I feeling compelled to tell this compromising story about my long-dead parents?" It's certainly a question my oldest brother asked me: "Do we really need to hear any more of that?" But I guess I feel like if it's done for a particular purpose, it's OK.

On the guilt that comes with being a writer

There's always a tension over whose story is this. It actually extends outside the intimate relationship. One of the most terrible things I ever received in the mail was a note from the mother of a boy whose death I had described in one of my essays in The New Yorker. And she said it's not like I got the facts wrong, it was that this had been her story and her son and I had somehow taken it, and there was nothing I could do with it, in her mind, that could justify my taking her story. So that is a guilt that you take on as a fiction writer or as a confessional essayist. It's one of the reasons why it's hard to be a writer, frankly.

On deciding whether to become a parent

Around 2005, [2006], [2007], somewhere in there, I was really struggling to write the novel that became Freedom and I was feeling isolated and kind of just lost and thought ... "God, maybe I'm missing something. Maybe the reason I can't write is that I've gotten detached from life. I'm just this kind of inert figure floating toward old age and we should have some kids in our house."

Franzen On The Book, The Backlash, His Background

I had been reading [journalist] George Packer about the situation with Iraqi refugees and I knew that the war had orphaned and continued to orphan a lot of kids and I suddenly thought, "We need to adopt some kids so that we have a family and this will give," because it was just too much pressure to just be a writer. I thought, "I come out of family; I want to have a family."

And I was all fired up about this for about six weeks, and then I was talked out of it quickly. I was brought to my senses by my New Yorker editor. ... What my New Yorker editor said was, "Many people can become good parents; not many people can write novels like yours." So what I would've lost [in having kids] was an opportunity to really devote myself to digging ever deeper in my books. I think I would've become a different kind of person, and maybe a better person.

On his feelings about the film The End of the Tour, about his friend, the late writer David Foster Wallace

I had no interest in seeing a movie. Why would I want to see some actor play Dave? Also, I'm very close to Karen, Dave's widow, and I know how hard she and the estate tried to stop the movie. ... The spirit of the movie is just so radically non-consonant with the spirit of Dave's work. ... This was not a movie about him, it was a movie about David Lipsky.