Accessibility links
Berta Rojas Proves The Classical Guitar Can 'Sing A Tango' The accomplished guitarist's new album, History of Tango, takes on a popular Latin-American style not often associated with her instrument. 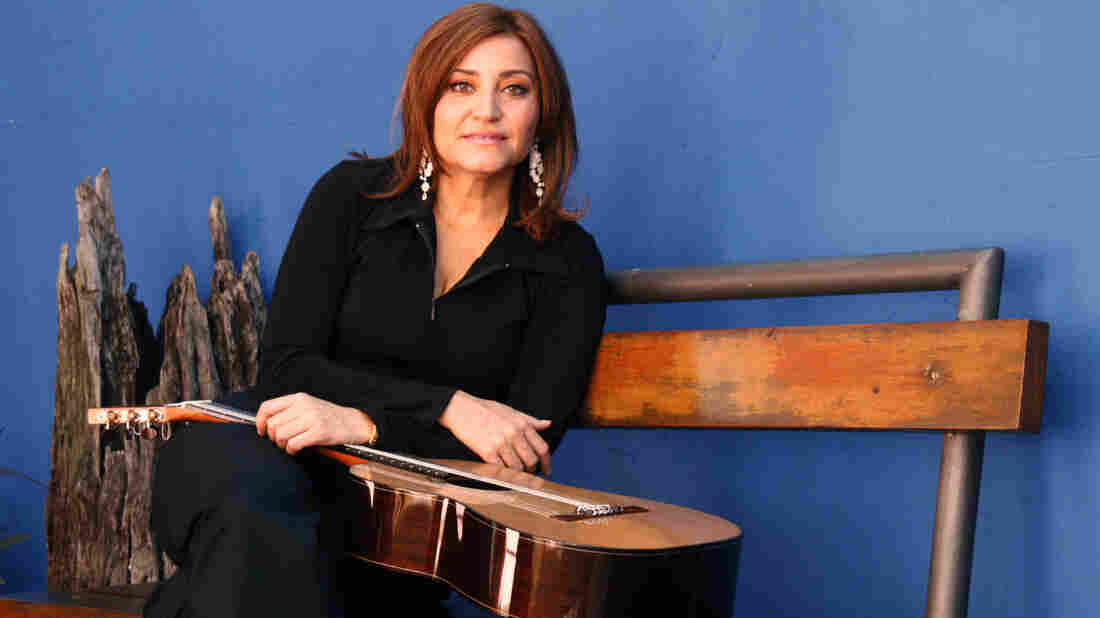 Berta Rojas, a two-time Latin Grammy nominee, is widely considered one of the world's great classical guitarists. Critics have praised her flawless technique, dynamic sensibility and artistry. With her latest album, History of Tango, the Paraguayan musician takes on a popular Latin-American style associated much more strongly with voice than with guitar — but she tells NPR's Robert Siegel that the genre and her instrument suit each other.

"Tango allows the guitar to sing with the lyricism that we know that the guitar can express so beautifully, and also the passion that is so intrinsic to the genre of tango music," Rojas says.

On History of Tango, Rojas is accompanied by the Argentinian chamber orchestra Camerata Bariloche, performing the works of tango masters like Astor Piazzolla, Anibal Troilo and Mariano Mores. She says that one piece in particular, "Taquito Militar," has a special place in the genre's history.

"The 'Taquito Militar' was probably one of the first tangos that was performed at the Teatro Colón in Buenos Aires, marking the entrance of popular music into that theater that was reserved only for classical music," she says.

Rojas points to Argentine composer Astor Piazzolla as partially responsible for helping tango gain a place in the classical world, making it not just a popular dance music but something that could be appreciated in concert halls as well.

"When he started to blend elements of classical music into his tango, the tango became a music to listen to," she says.

As an accomplished classical guitarist, Rojas knows tango might be seen as an unusual choice of repertoire. But she says she wants to dedicate herself to spreading a style of music that's not well known in much of the world.

"It is a cause for me to be able to play the music of this part of the world and to show it as much as I can in my concerts," she says. "It's the first time, I believe, that a classical guitar can sing a tango."