Accessibility links
California Considers Sweeping Proposals To Cut Greenhouse Gas Emissions The state is often a step ahead of the status quo when it comes to environmental policy, and climate change is no exception. New legislation includes a plan to cut gasoline use in vehicles by half. 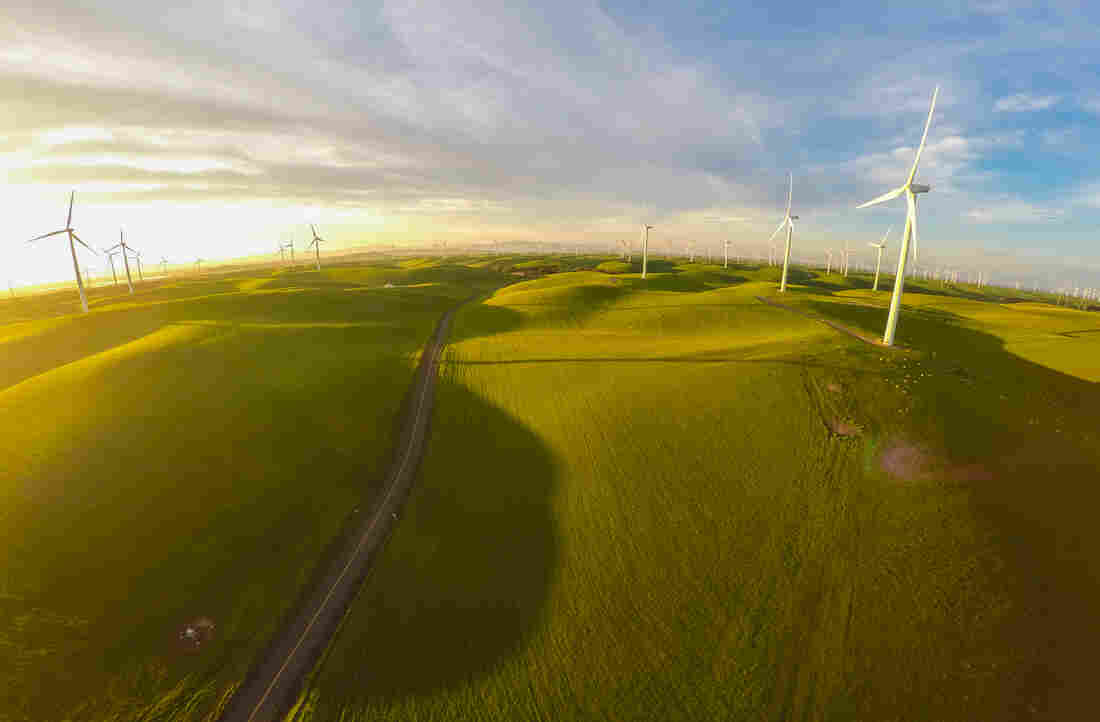 A wind farm in Montezuma Hills, about 40 miles northeast of San Francisco. California is considering proposals to, among other things, derive half the state's electricity from renewable sources. Carl Costas/CALmatters hide caption 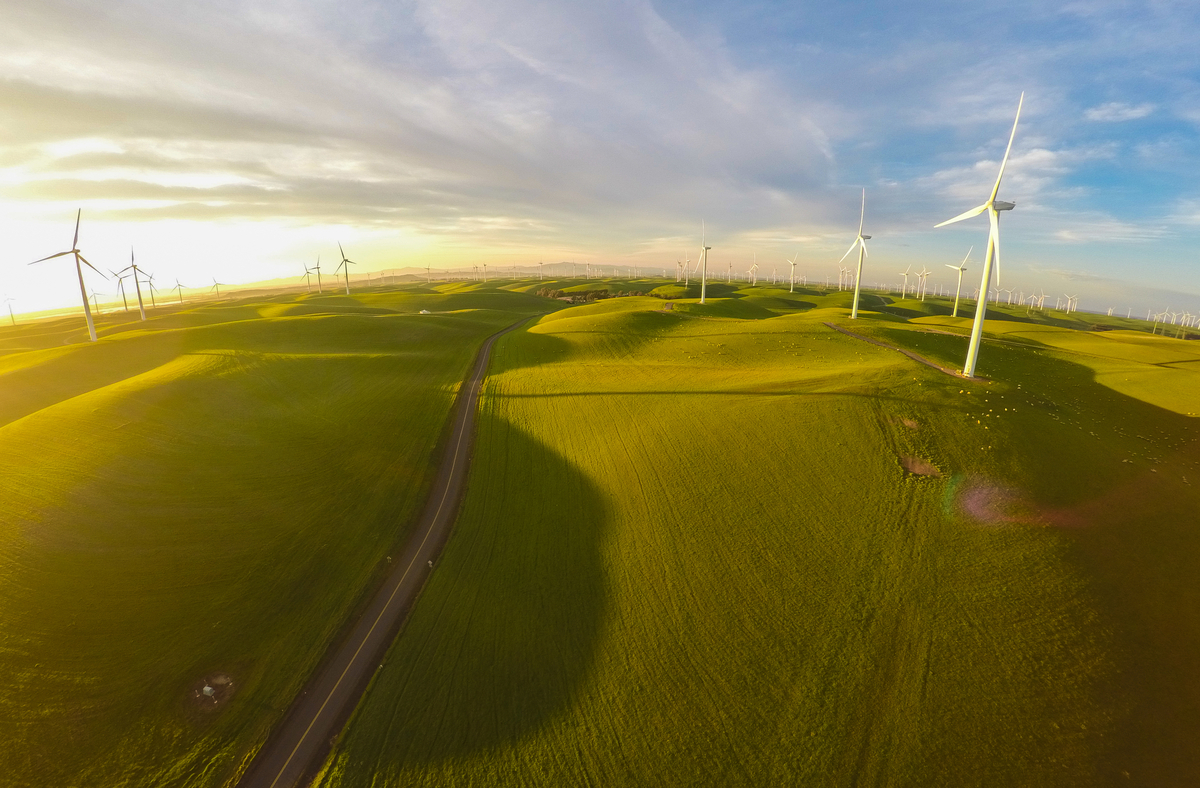 A wind farm in Montezuma Hills, about 40 miles northeast of San Francisco. California is considering proposals to, among other things, derive half the state's electricity from renewable sources.

Some of the world's most ambitious climate change legislation is currently under consideration in America. But the lawmakers in question aren't in D.C. — they're in Sacramento.

The bill contains three proposals: one to double energy efficiency in buildings, one to derive 50 percent of electricity from renewable sources and one head-turning proposal to cut petroleum use in vehicles by half — all in the next 15 years.

California has a reputation for going one step beyond the status quo of environmental policy.

Now it's doing it again with climate change — and lawmakers say the state's track record gives them confidence to propose much tougher rules.

Legislators hope at least a million low-emission vehicles will be on the road in the coming years. Funds from California's 9-year-old global warming law currently help people buy them, and there's widespread belief California will meet the 2020 emission reduction goals that law set. 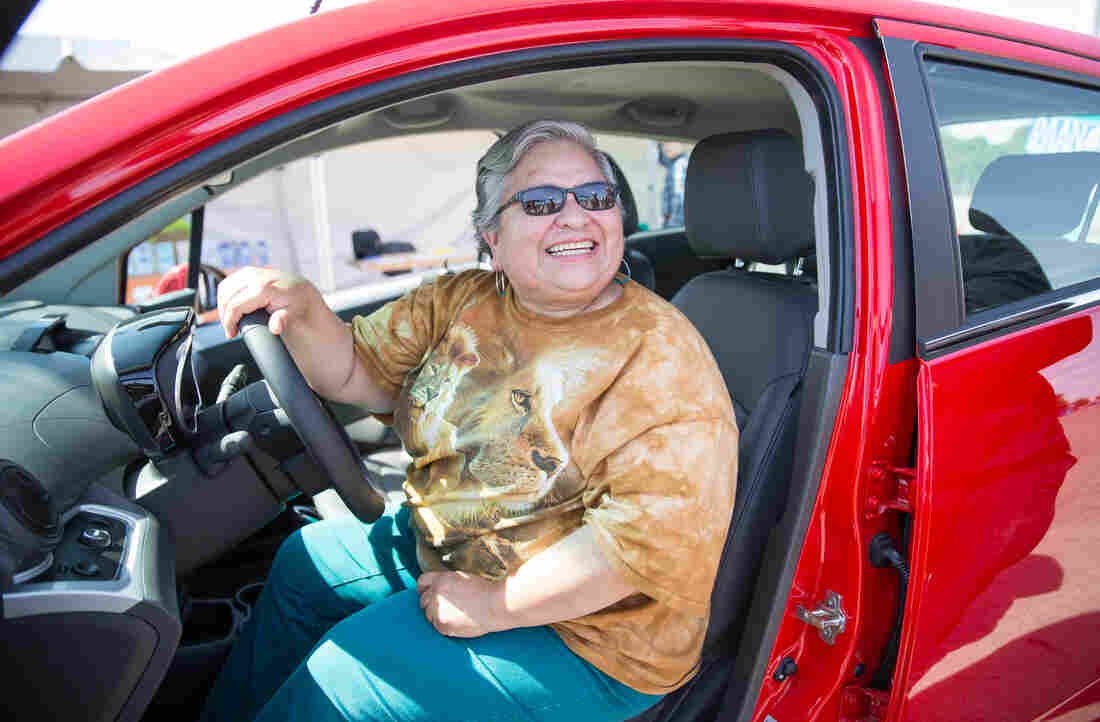 "This is exciting, it's bold," Brown says. "It's absolutely necessary if we are to have any chance of stopping potentially catastrophic changes to our climate system."

Catherine Reheis-Boyd of the Western States Petroleum Association is fiercely opposed to the gasoline reduction goal.

She says there are no details about how the goal can be accomplished in the bill. "That has huge impacts on jobs, the economy, people's ability to move, and to have energy security in the state of California."

For Some States, New Emissions Rules Will Force A Power Shift

But Washington, D.C.-based Resources for the Future says California's proposed goals are both ambitious and feasible.

Burtraw says for decades, California has been ahead in environmental policymaking. When the nation catches up, the state takes one step forward again.

He says if the legislation passes, D.C. would again take notice, and California would be the buzz of climate talks in Paris this December.

"It will be taken as a — more than a signal, almost a ratification that we are going down this pathway inevitably," Burtraw says, "and many innovators and investors I expect to really come full in."

But if California wants to reduce global pollution, it shouldn't get too distracted with state goals, says UC Berkeley energy economist Severin Borenstein. California emits only about 1 percent of the world's greenhouse gases, he says, so the focus should be on cleaner technology for the developing world.

"We have a responsibility for not just reducing ours, but in actually figuring out how the developing world can develop in a way that's not going to be as greenhouse-gas-intensive as the way we did," he says.

And, Borenstein says, technological innovation is an area where California has the resources to take the lead.

Pauline Bartolone is a reporter for CALmatters, a nonprofit journalism venture dedicated to explaining California policies and politics.