Accessibility links
Salman Rushdie: These Days, 'Everyone Is Upset All The Time' "Everything I write upsets somebody," Rushdie tells NPR's Scott Simon. His latest book, Two Years Eight Months and Twenty-Eight Nights, sweeps the reader into a turbulent, magical, mythological world. 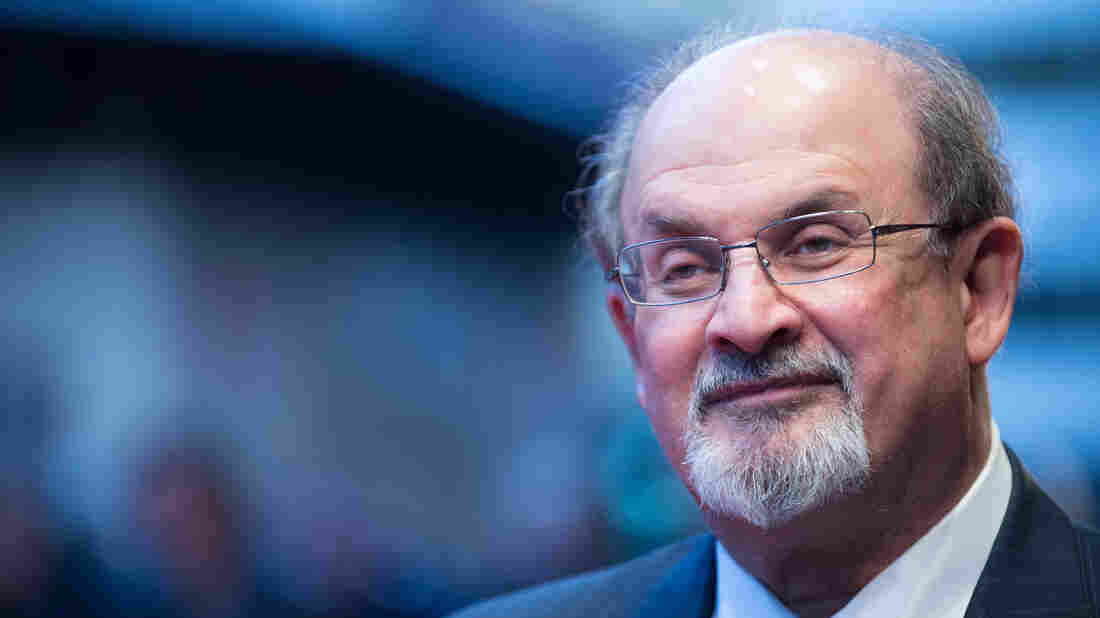 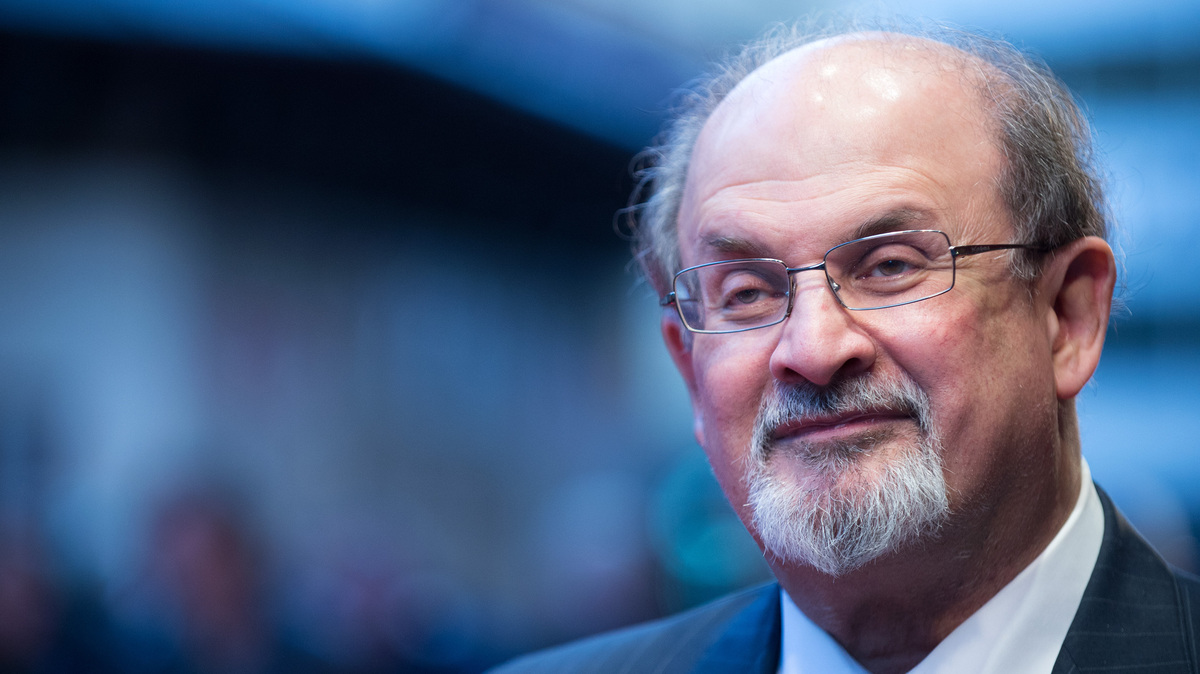 Salman Rushdie is the author of 12 novels, including Midnight's Children and The Satanic Verses. Rushdie was once the subject of death threats; now, when asked if he can move about freely Rushdie responds: "You have to stop asking me. ... It's been like 16 years since it's been OK."

Salman Rushdie's new novel, Two Years Eight Months and Twenty-Eight Nights, seems to transpose the Arabian Nights of long ago to modern-day New York City. A thunderstorm overturns the city and upsets the laws of the universe with myth and magic.

The jinn have come back after an 800-year exile, and they create a world in which a down-to-earth gardener walks on air, a spurned wife shoots lightning from her fingertips and a graphic novelist's character turns to flesh. The world is in the grip of a long-term struggle between fear-instilled superstition and unmagical reason.

It's Rushdie's first novel for adults in seven years, and the book might ruffle some feathers, but Rushdie's not concerned. "Everything I write upsets somebody ..." he tells NPR's Scott Simon. "It's an age in which everyone is upset all the time. All you have to do is look at the Internet. It's full of people screaming at other people for saying things they don't like."

The best-selling author was the subject of death threats — and a fatwa calling for his assassination — after the publication of his 1988 Satanic Verses. He was knighted in 2007, and, at this point, doesn't have a lot of time or patience for Internet outrage.

"I think we have to just turn that sound off and turn away from that unpleasant noise and just get on with doing what we do," he says. "I think this is a funny book. A sense of humor is a useful tool when reading my work."

They are in the ordinary English word, genies, but I've gone rather more deeply into their nature. They're kind of dark, mischievous, supernatural beings who are really interested in human life because it seems to me in the end to be more interesting and varied and diverse than their own lives. But it's their nature to screw things up and so they show up to do that.

On the 12th century philosopher Ibn Rushd, who plays a role in the book 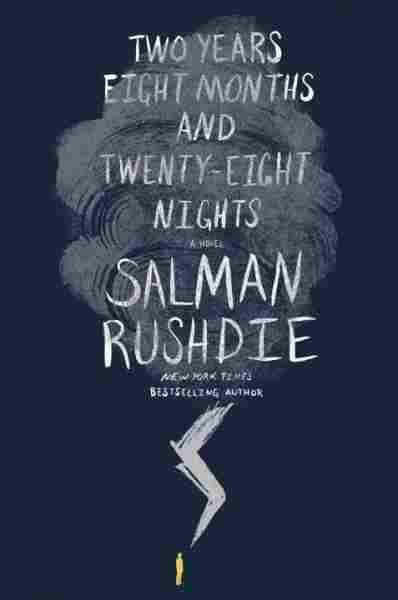 [He was] a real person known in the West as Averroes. He's a great Aristotelian philosopher in Arab Spain and the person after whom my father changed our family name. He admired him so much that he changed the name to Rushdie to reflect his admiration for Ibn Rushd. ...

He was ... one of the people who believed that you should incorporate principles of reason and logic and science, [and] broadmindedness into the world of religion, and he had adversaries. ...

One of the things that happened to him 8 1/2 centuries ago is that he fell foul of the religious fanatics of his time. He was a very eminent man in Córdoba, which was the capital of Arab Spain. He was the court physician to the sultan and a famous philosopher. But he fell foul of the then-fanatics and was actually thrown out of his job and exiled. He had his books burned, so we have things we have in common beyond the name.

On the relationship between fantasy and reality

I think we live in kind of a strange world, don't we. ... This is a kind of wild fantasy. But one of the things about wild fantasy is: If it's going to have any real meaning to readers it's got to be in fact about reality. And I think this book, which is about crazy stuff — you know, it's about jinns turning into monsters and surging up from the depths of New York Harbor to eat the Staten Island Ferry — so it's not exactly what you'd call a naturalistic novel. But at the heart of it is a desire to create a kind of vision arising out of what we see happening all around us in the world.

On the jinn having lots and lots of sex

Yes, I'm afraid this is my fault. In the literature of the jinn, there's a little of it, but there isn't a whole lot. I just decided that they needed one characteristic that was very exaggerated and kind of funny, and so I made them have sex all the time. Just all the time, inexhaustively, forever.

I've always been a little shy of writing about sex. If you look at my work most of the acts of love are off-stage. They aren't described in lubricious detail. This time I thought, well, the way to write about sex is to treat it as comical and absurd and write about it as comedy. And so, yeah, the jinn do have sex all the time, but it's ridiculous sex. One of the reasons why they like coming down here where we all are is that we have much more interesting lives because we do things other than have sex.

On reason vs. unreason

One of the things that the book is about is a conflict between reason and unreason, and I didn't want it to be a simple good/bad opposition because that's boring and two-dimensional. So even that moment when what I would consider to be a good outcome — which is that a world of tolerance and good sense and reason and moderation, etc. comes into being — there's also things wrong with that ... for example, it's quite dull.

On the components of magical realism

The book has a frontispiece which is a famous picture by [Francisco] Goya — the sleep of reason brings forth monsters — and the interesting thing that [Goya] says as a caption to that picture is that what he means to say is that when reason and imagination are separated then fancy can bring forth evils. But when they're united then wonderful things can follow from that.