Accessibility links
Austrians Applaud As Busloads Of Syrian Refugees Cross Border More than 1,000 weary Syrian refugees were greeted with food and applause at the Austrian border after arriving by busloads from a long, chaotic journey through Hungary. 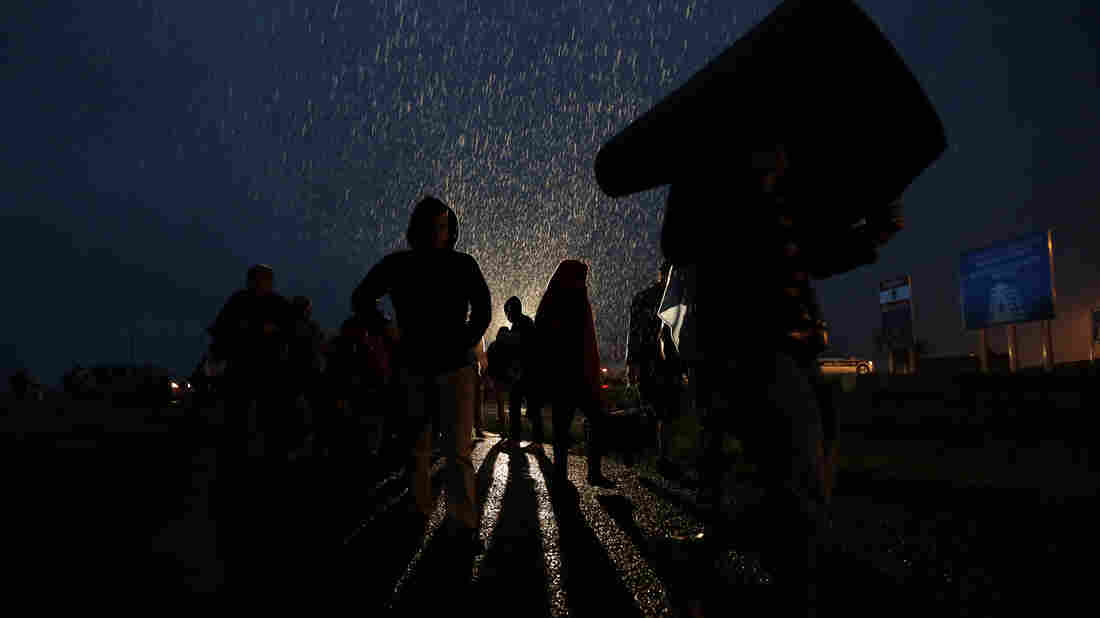 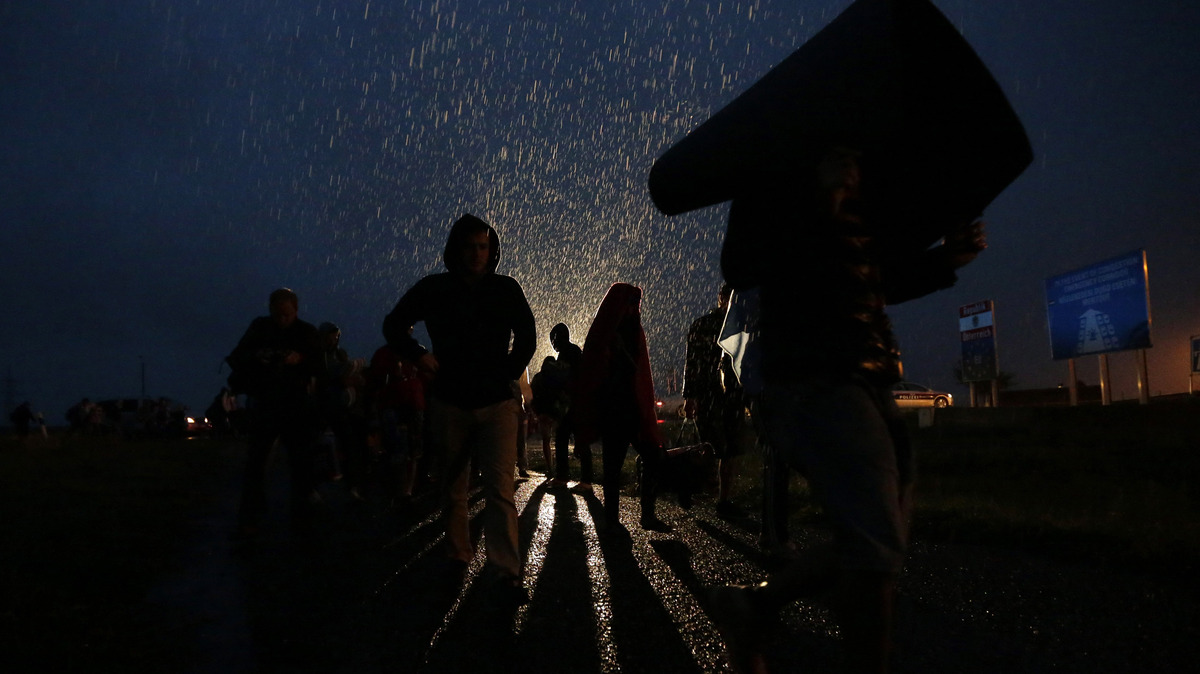 More than 1,000 weary Syrian refugees were greeted with food and applause at the Austrian border after arriving by busloads from a long, chaotic journey through Hungary.

Some of the refugees had walked westward for hours on Friday after officials refused to let them board a train at a Budapest rail station. They had covered up to 30 miles on foot — about one third of the way to the border — before the Hungarian government supplied buses to carry them. Authorities in Germany and Austria agreed to accept them.

On Saturday, German Chancellor Angela Merkel said her country would not limit the number of people seeking asylum there. Officials predicted up to 800,000 would arrive by the end of the year, Associated Press says.

"The right to political asylum has no limits on the number of asylum seekers," Merkel told the Funke consortium of newspapers.

Local volunteers in Nickelsdorf, Austria, gave water and bananas to the first busloads of refugees as they crossed the border in a drenching pre-dawn rain Saturday, reports the New York Times. A few shouted from the buses, "Thank you, Austria!"

Hungary has struggled to handle the flow of refugees entering daily from Serbia.

CNN photographer Christian Streib captured the happy faces of the exhausted refugees as they disembarked and crossed the Austrian border on foot.