Accessibility links
The Case For Classical, Courtesy Of Ben Folds Pop-rock balladeer, TV singing competition judge — those are just a few facets of Folds' diverse career. His latest album, made with a chamber ensemble, invites fans to open their ears a little wider. 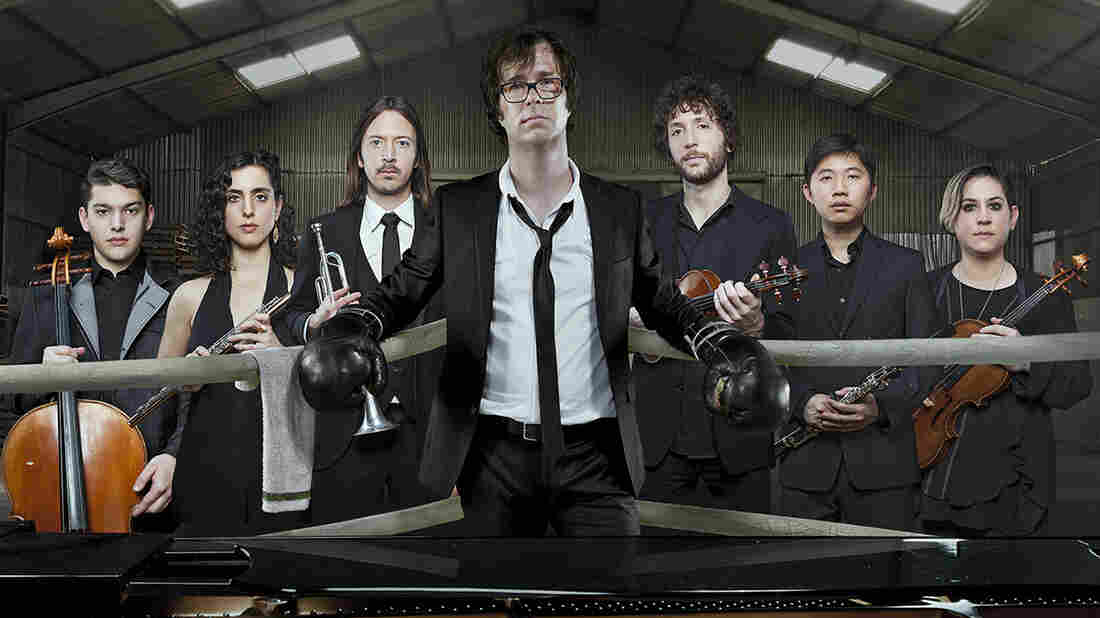 Ben Folds and yMusic. Courtesy of the artist hide caption 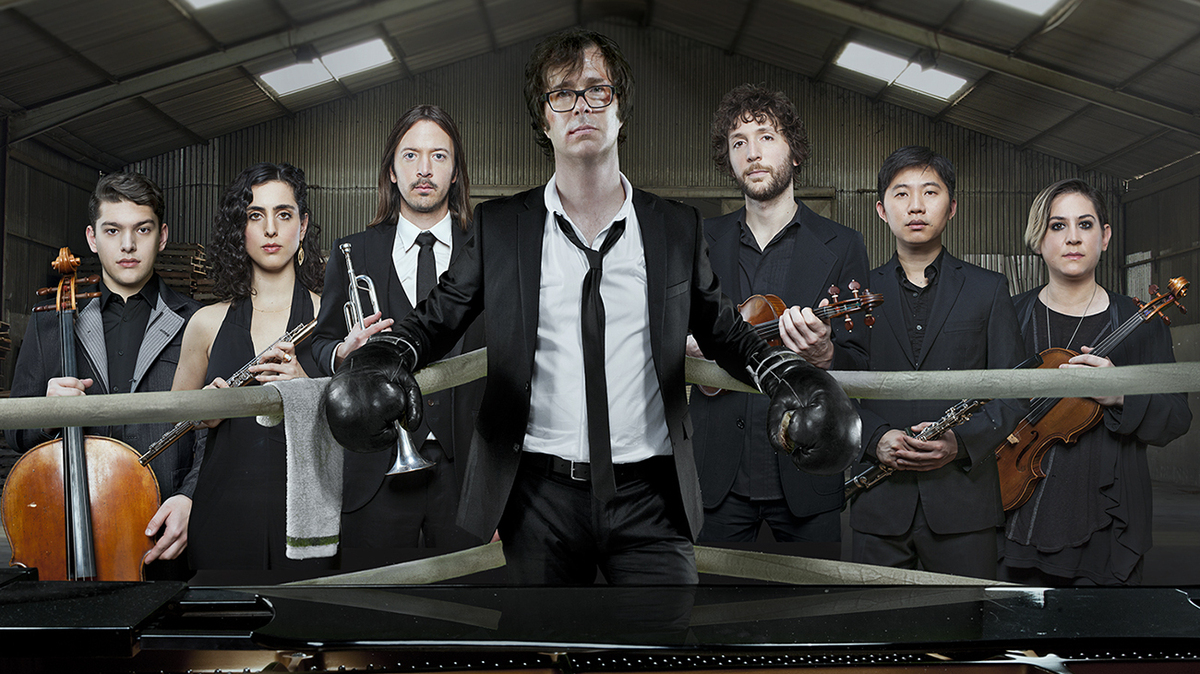 First Listen: Ben Folds, 'So There'

Ben Folds has had a wide-ranging career. He's best known for his pop-rock ballads — but he's also released an a cappella record, been a judge on the TV singing competition show The Sing-Off and collaborated with William Shatner. Now he has another accomplishment to add to the list: a three-part concerto.

That piece, originally commissioned by the Nashville Ballet, now appears on Folds' new album, So There. A classical-pop hybrid of sorts, the record also features collaborations with the New York-based chamber ensemble yMusic. Folds joined NPR's Linda Wertheimer to talk about it; hear their conversation at the audio link, and read an edited version below

Linda Wertheimer: Let's start with the song "Capable of Anything," which has so much going on. How do you arrange a song like this? What is the process when you're working with yMusic?

Ben Folds: That particular song was my one-time foray into trying to use GarageBand on my iPad. I made little notes that way, as to the way I was hearing the song arranged, and then I got together with the two principal arrangers in the group and we made it so.

Well, every song on this record was its own animal. There's one song where I brought in charts — I'd written them myself — for a tune that had no words, no nothing. I barely knew what was going on. Really, I wanted the concerto to somehow tie in with the record, so I brought in something that almost sounded like part of the concerto. And then I wrote words after the fact.

Almost all of the arrangements are pretty safe to call three-way collaborations: Rob Moose, C.J. Camerieri and myself. Their group has very idiosyncratic tendencies; they all are very unique players and they know how to make this work for the group. So we're scoring winds that you wouldn't dare throw at an orchestra — they couldn't do it! — with particular kinds of arpeggios, arpeggiating the sounds like a synthesizer, that we do between the bass clarinet and the piccolo. And they're flying. They shouldn't actually be able to play this tightly together. Orchestras don't, as a rule, because they're sitting far apart. In a small ensemble like this where they play like a rock band, then we can go, "Hey, why don't we put the synthesizer riff on those two guys and let them go?"

You've been doing pop and rock for decades. Why did you decide to take a leap into the classical realm?

It doesn't seem like a leap to me. I grew up playing in orchestras, and I've also been playing with orchestras regularly, probably more shows than anything, for the last 10 years — so it feels like home to me. I just hadn't had the opportunity to make a record that started there yet, and it seemed like a good time.

It's a declining audience, isn't it? Classical music?

I don't think so. First of all, we all hear a lot of, quote, "classical music" in movies — I mean, it's very relevant, it's very in our ear. Some things about it ... yeah, 40-minute pieces are tough for people to get their heads around these days, and the symphony orchestra is hitting a lower point as far as funding and attendance. But this happens, and it comes back and forth, and I feel strongly that it'll stick around.

Do you think you're helping in that respect?

Well, I try to help, humbly. I think that what you're seeing right now for a pop musician is that we're asked to come play pops concerts, to bring audiences in that will hopefully come back and see Shostakovich the next night, or something. But what I try to do is give them a little bit more of a thread to that.

You know, I beg, basically. I tell the audience that I'm expressing myself completely through a different form here, and this form is done better by people who do it all the time, and if you liked that at all, you've got to come back tomorrow night, or you've got to come see Mahler or Beethoven. Come back and see something that'll blow your mind.

A lot of the songs on this recording have classical instrumentation and arrangements, and still feel like pop music — but the concerto, which closes the album, is full-on classical. I get a little whiff of movie music from it.

I think that's part of our ear and context and reference in time. I mean, you're probably hearing some Burger King commercials in there too, because I've heard those.

I've read that you see this album as a continuation of what you have been doing since the '90s. How is that?

I see things more in shapes of melodies and what they mean, what the message of a melody means — and this does not feel different. I know all too well the difference of the process, but the way that it makes me feel and the reason that I do it remains the same. And I almost feel like if you took the vocals off of a few of my albums and strung a bunch of instrumental stuff together, it may sound a little bit like the concerto.

And throughout this whole thing you were trying to move the pop closer to the classical, and weave a little classical into the pop as you went?

I suppose so. I mean, I'm always looking for a way of getting an idea out there that just doesn't bore me. When Ben Folds Five started in the '90s, we didn't have guitar — it was just piano, bass and drums, really unusual. And I like that. It makes me happy. To me, this is the same sort of thing. I think the classical-rock hybrid story is good context for people to hear this record. But basically, if you throw a bunch of musicians in a room together and say, "This is a classical ensemble," and try to do the most effective thing you can, you're going to have to invent something.