Accessibility links
An Unheard-Of 'Happy Birthday To You' Draft Gives Singers A Simpler Tune We all know the words to "Happy Birthday to You" — yet the song's still tough for kids to sing. Now, tucked in the notes of the sisters who wrote it, an easier draft of the song has finally surfaced. 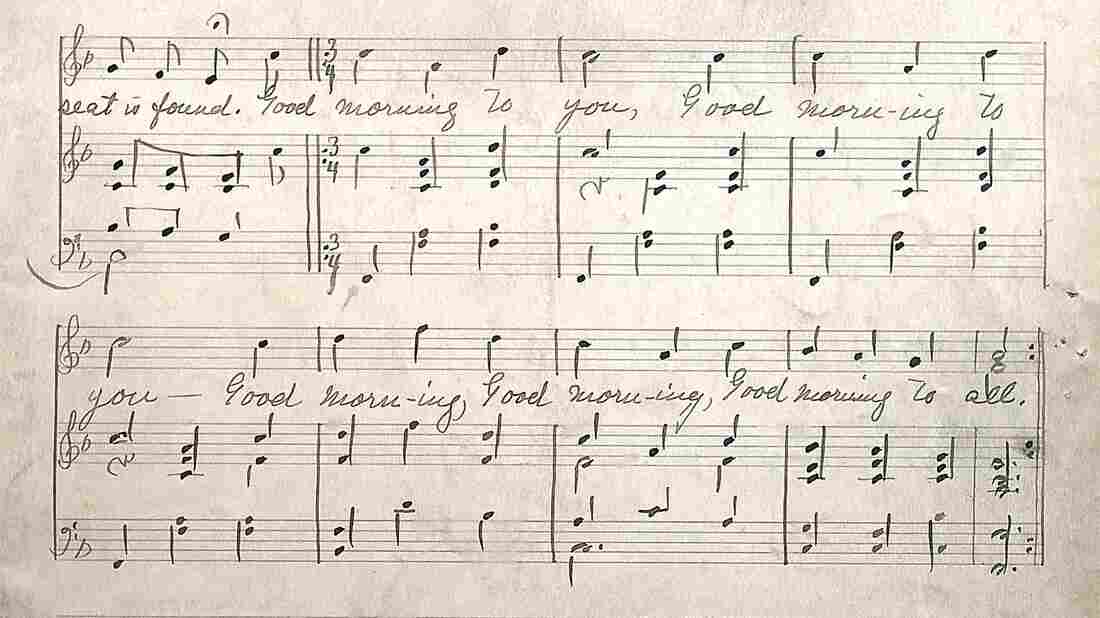 A glimpse of the Hill sisters' work. The handwritten notes to "Good Morning to All" offer singers a guide to the simpler tune. Courtesy of University of Louisville hide caption 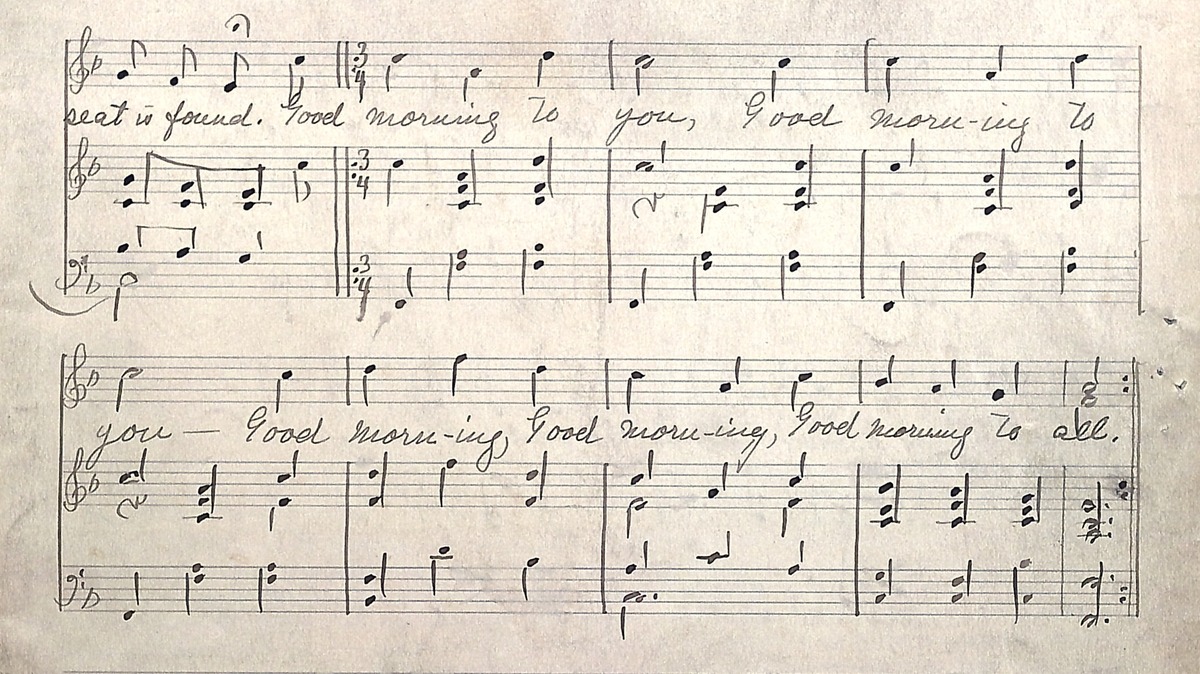 A glimpse of the Hill sisters' work. The handwritten notes to "Good Morning to All" offer singers a guide to the simpler tune.

Courtesy of University of Louisville

It may be the most famous song in the world — but you probably don't know it by the name it was originally called. "Happy Birthday to You," that little ditty that floats above cakes and candles the world over, was written by Mildred and Patty Hill, two sisters from Louisville, Ky.

The sisters wrote the song in the 1890s for Patty's kindergarten students — and they'd intended it to be sung in classrooms, as "Good Morning To All." 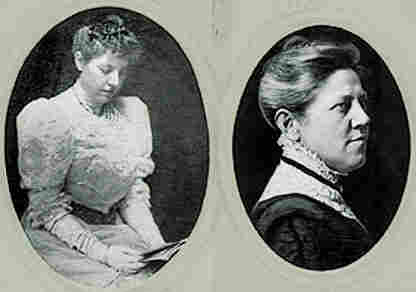 About a half-century later, the Hills' notes, manuscripts and sketchbooks made their way to the University of Louisville music library, where they sat for years. The library's director, James Procell, didn't know what he had.

"I do recall seeing this folder in there," Procell says. "And I thought, 'Oh, that's Mildred Hill, she wrote 'Happy Birthday.' I should probably look in that folder one day.' "

It wasn't until a couple of weeks ago that he actually looked at the papers. One of them was a handwritten version of "Good Morning to All." Procell recognized the words right away, but being a musician, he could easily see that the tune wasn't the same as the one we all know.

He thinks he knows why.

"Mildred would compose the songs, Patty almost always wrote the words," Procell says. "Patty, who was a kindergarten teacher, would take the songs to her class, try them out, and if the kids had trouble singing a particular note — or it was too high or too low or the rhythm was too complicated — she would bring the songs back to Mildred, and Mildred would revise them."

It's not hard to prove that the happy birthday tune as we know it can be tough to sing. Head to just about any birthday party, and you'll hear where kids — and many adults — have trouble: There's a big octave jump in the third line of the song.

The newly discovered version, on the other hand, has a narrower range of notes, with no big jumps. Here it is, performed by University of Louisville piano professor Naomi Oliphant:

"Good Morning to All," performed by Naomi Oliphant.

"She never realized that this song would go on to become one of the most popular songs in the world," Procell says.

Because this is "Good Morning to All," the discovery doesn't affect a current legal battle over whether "Happy Birthday to You" still deserves a copyright. That case has yet to be settled.

The rest of Mildred Hill's work — art songs, chamber music, even a chamber opera — is already in the public domain. James Procell is planning a concert of her work for next year.