Accessibility links
Typecast As A Cowboy, Sam Elliott Came To Embrace That 'Western Box' With his handlebar mustache and deep voice, he's mastered the look. And after years playing sharpshooters in the West — and then a stranger at the bowling alley bar — he's finally happy about it. 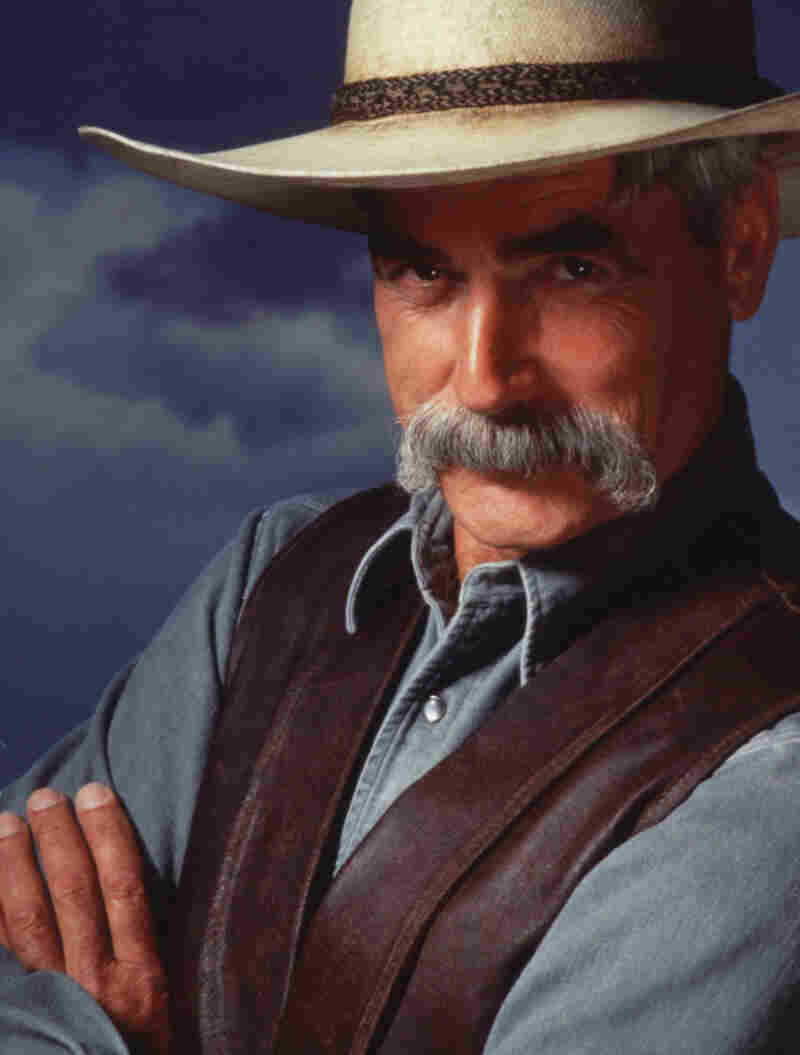 Sam Elliott played The Stranger in the Coen brothers film The Big Lebowski. "That was great fun," he says. "The Coen brothers are such brilliant guys." The Kobal Collection hide caption 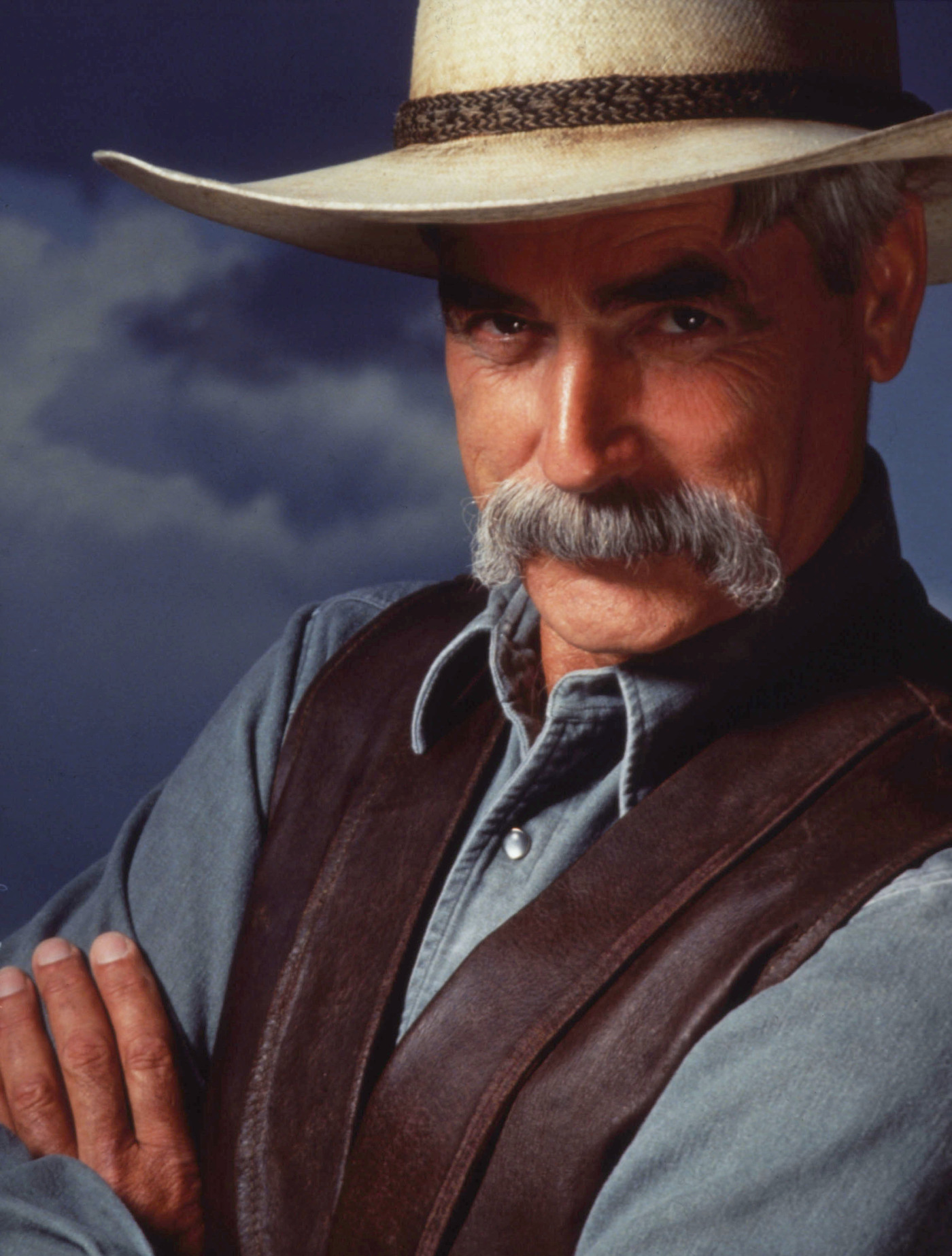 At a bowling alley bar, The Dude, played by Jeff Bridges, sips a White Russian cocktail. The camera slowly pans over to a cowboy who orders a soft drink and offers up some wisdom:

"A wiser fella than myself once said, 'Sometimes you eat the bar, and sometimes the bar, well, he eats you.' "

He's The Stranger in The Big Lebowski, played by Sam Elliott.

But before Elliott portrayed cowboys, he worked construction in Los Angeles. That's what launched his big break.

It started with a family friend, whose house was at the bottom of a hill. Worried that water running down would damage the foundation, Elliott offered up his expertise.

"So I went over and I built this little dam out of concrete and steel, probably that I absconded with off the job, used rebar and stuff to go do it," Elliott says.

That family friend happened to be an assistant director in Hollywood. Knowing that Elliott was interested in the business, he invited him to hang around.

Before long, Sam Elliott had quit his construction job.

His first film role was in the 1969 Western Butch Cassidy and the Sundance Kid.

"A glorified extra. I had one line, it was off-camera, I was nothing more than a shadow on a wall," he says.

He played the part of "Card Player #2" in the film's opening scene.

"It was an opportunity to sit on a set, watch [Robert] Redford and [Paul] Newman, and Conrad Hall was behind the camera. These were brilliant filmmakers," Elliott says. "That was kind of the beginning. I had an affinity for that whole Western thing. Being typecast, I was the guy that they went to."

He went on to star alongside Tom Selleck in The Shadow Riders, play a sharpshooter in The Quick and the Dead and portray Virgil Earp in Tombstone.

"Time went by and then I started to kind of think, 'Wow, am I ever gonna work out of this Western box? Am I ever gonna get something else?' " he says.

While he was filming another Western called Rough Riders, a PA came on set to hand Elliott a FedEx envelope from Hollywood — a script from the Coen brothers.

It was titled The Big Lebowski.

"And man, I could not wait to get back to the hotel and read this script that night," Elliott says. "I thought, 'Wow, this is gonna be something outside the Western box for sure.' "

Then he started reading the script.

"Over the dialogue, there's this tumbling tumbleweed blowing and talk about this Southwest accent and, 'Sounding not unlike Sam Elliott.' They had my name in the script," he says. "And then I read further and you see the character come into the bowling alley and he's dressed like a drugstore cowboy or whatever he's dressed like. And looking 'not unlike Sam Elliot.' "

Even the Coen brothers cast him as a cowboy. And that's when Elliott learned to embrace his image of that deep-voiced cowboy with the handlebar mustache.