Accessibility links
Jon Batiste And The Legacy Of Jazz On Late-Night TV Tonight, when Stephen Colbert begins his run as host of the Late Show on CBS, he'll have a new partner in crime: pianist Jon Batiste. Bassist Christian McBride lends some insight into what he expects. 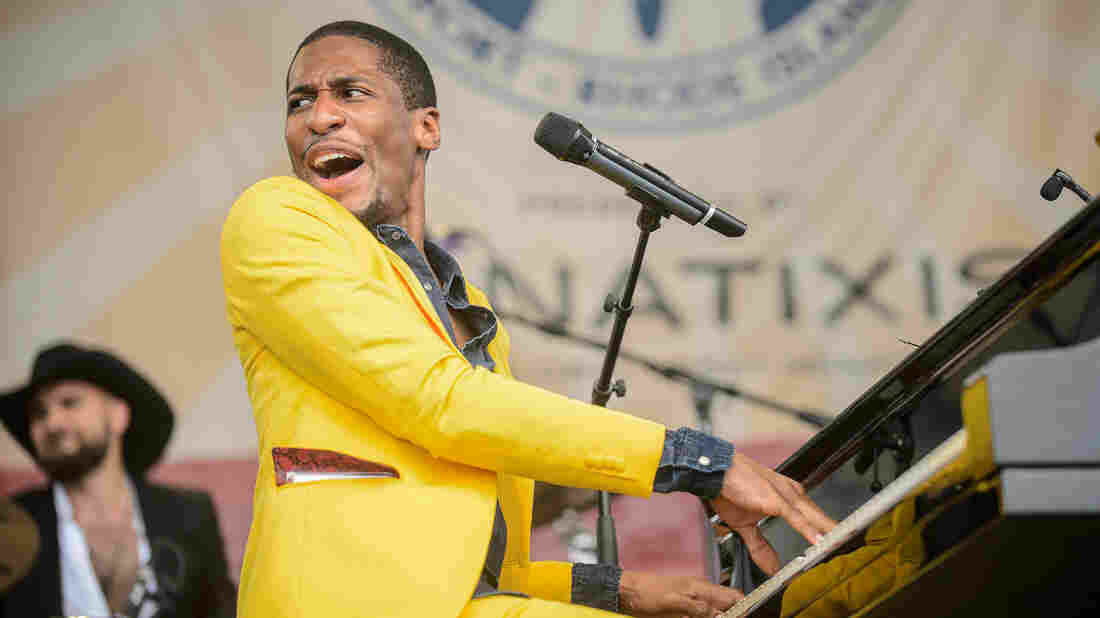 Jon Batiste, seen here at the 2014 Newport Jazz Festival, will take on a new gig as the bandleader for CBS' Late Show With Stephen Colbert. Adam Kissick for NPR hide caption 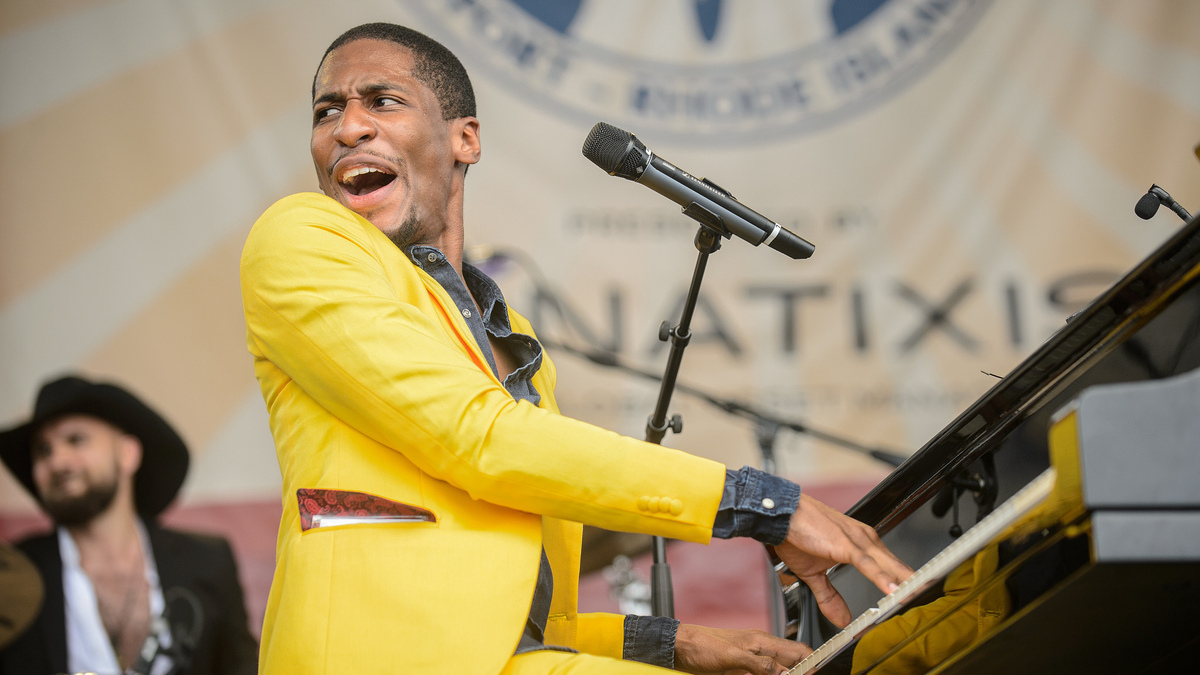 Jon Batiste, seen here at the 2014 Newport Jazz Festival, will take on a new gig as the bandleader for CBS' Late Show With Stephen Colbert.

When Stephen Colbert takes over the Late Show tonight on CBS, he'll have a new partner in crime on stage: pianist Jon Batiste.

Batiste falls into a long line of jazz musicians to lead bands on late-night television. But this particular fit has a lot of people talking: He and his band are known for their spirit and energy.

Bassist and composer Christian McBride, host of Jazz Night In America, recently spoke with All Things Considered's Audie Cornish about the pick.

"If you've ever seen Jon Batiste live, he's a born showman," McBride says. "He seems tailor-made for television. And every time I've ever seen him perform, he never fails to get the crowd very inspired and very much into what's happening."

At 28, Batiste is still considered quite young for a jazz musician — "the peak of his career is still in front of him," McBride says. Though he's only been on the national scene for six or seven years, he apprenticed in trumpeter Roy Hargrove's band, and established his own group, Stay Human.

Batiste enjoyed a breakthrough moment last year when he appeared on The Colbert Report and paraded out of the theater, leading the audience into the street.

"That joy of human interaction comes through in his music, and that's exactly why Colbert picked him to be his bandleader," McBride says.

There's long been a relationship between jazz and late-night comedy shows. The first host of NBC's Tonight Show, Steve Allen, was a jazz lover (and musician himself) who often featured jazz on the program. When Johnny Carson took over the show, the house band was a jazz orchestra led at first by pianist Skitch Henderson, and eventually trumpeter Doc Severinsen. Carson and Severinsen enjoyed a rapport beyond bumpers and theme music, as well — the bandleader was often called upon for segments.

It hasn't always worked perfectly. When the Tonight Show under Jay Leno hired saxophonist Branford Marsalis in 1992, it didn't last long. McBride, who says he considers Marsalis "very much a big brother," suspected it might not work out.

"We knew that being the bandleader of a talk show — you know, you have to be the butt of the star of the show's jokes," McBride says. "And just knowing Branford, his personality, we all went, 'Hmmm, I wonder how that's going to work.'"

So what does McBride expect in terms of rapport between Stephen Colbert and Batiste?

"I have no idea what to expect," he says. "Jon is such an effervescent spirit. And I know, just on general principle, he can't be that big of a shining star on the show. Colbert is the star, and Jonathan is going to have to be the Ed McMahon [the announcer for Johnny Carson].

"I don't think he's going to be able to come on there with those lime-green suits and canary-yellow suits. He might try it — I don't know! And if he doesn't, I'm sure Colbert will find a clever way to work it into the show."