Accessibility links
'Coming Home' To Heartache And Hope NPR film critic Bob Mondello reviews a new drama from China by director Zhang Yimou about a Cultural Revolution detainee who returns to a wife who does not recognize him. 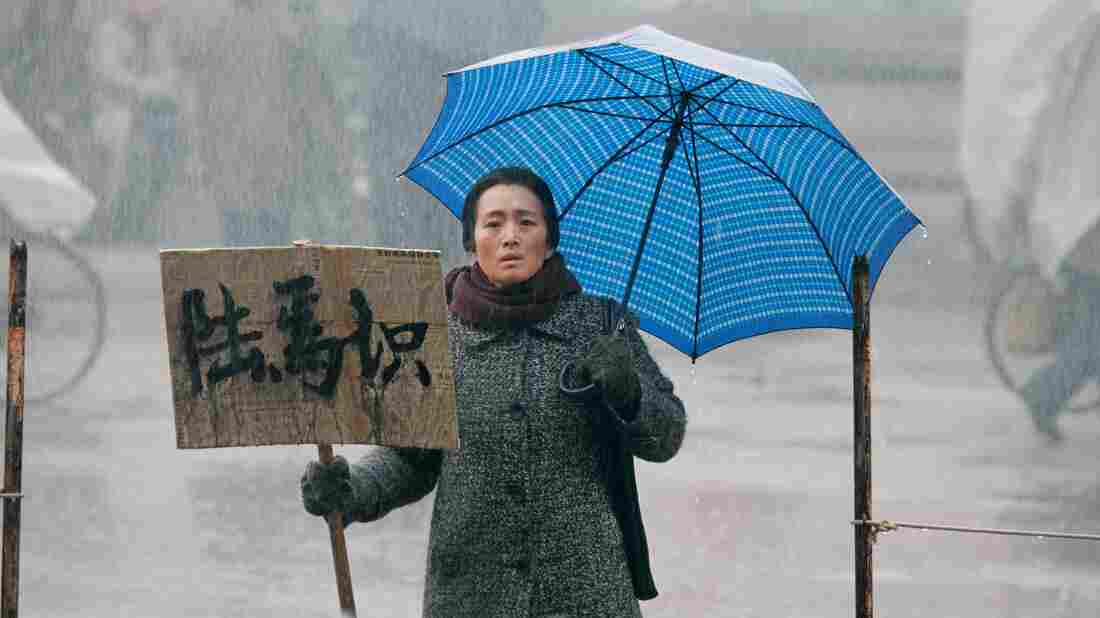 Feng Wanyu (Gong Li) has an intense desire to see her husband again, but an utter inability to recognize him when she does. Courtesy of Sony Pictures Classics hide caption 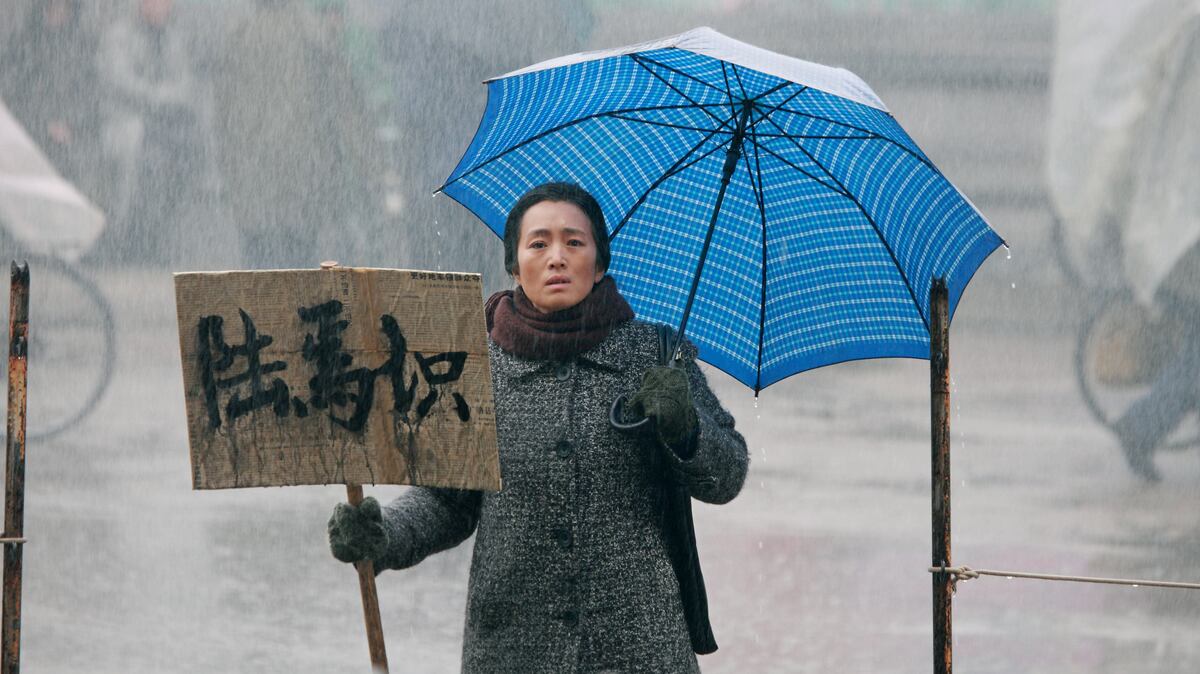 Feng Wanyu (Gong Li) has an intense desire to see her husband again, but an utter inability to recognize him when she does.

China's Cultural Revolution was a period of political turmoil, launched by Mao Zedong in 1966, a dark decade that many in Chinese society would prefer to forget. So it says something that Zhang Yimou's new drama Coming Home, which is set during those years, has been a big success in China.

The film opens with a cold-war propaganda vignette — a military ballet, young Chinese girls dressed as soldiers pirouetting with prop guns. One of the dancers is the ambitious daughter of Lu Yanshi, a disgraced professor who, she will soon learn, has escaped from a "re-education" camp. Hoping to advance her ballet prospects, she informs on her parents — tells the police that her mother Feng Wanyu plans a secret rendezvous with Yanshi at the train station.

It is, however, a very crowded train station, where the only way a hidden Yanshi can find his wife is to come out into the open. Though certain he'll be caught, he steps from the shadows, waves his arms and shouts his wife's name. 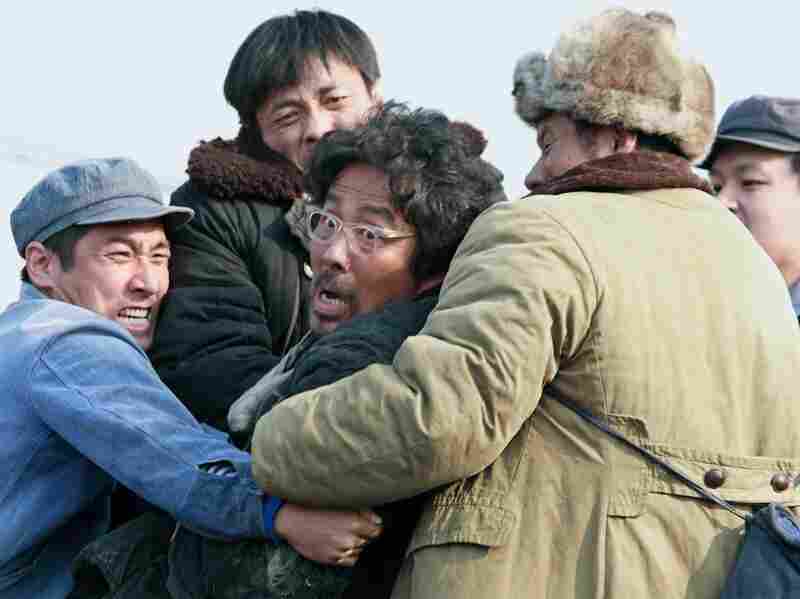 Coming Home can be understood as both a Nicholas Sparks-style weepie, and a social commentary about the Cultural Revolution. Courtesy of Sony Pictures Classics hide caption 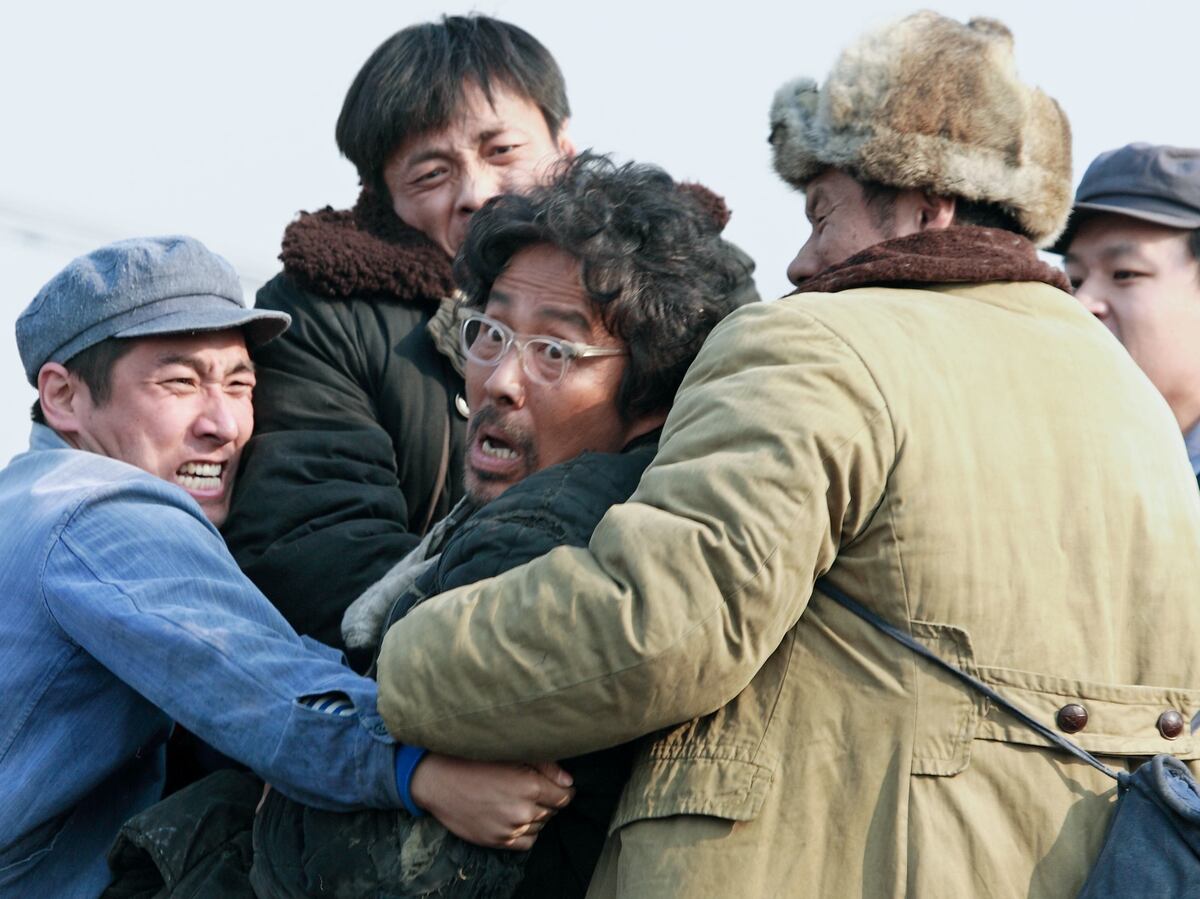 Coming Home can be understood as both a Nicholas Sparks-style weepie, and a social commentary about the Cultural Revolution.

Wanyu, standing high on a platform, sees him, and at that same moment, sees soldiers coming for him. So she screams at him to run — to run away. Instead, he runs toward his wife. And seeing that he'll be caught, she runs toward him as soldiers close in on them both.

In many films this scene would be the climactic finale. Here, it just sets up the real story — the "coming home" of the title, years later after the Cultural Revolution's excesses have brought about its end. Yanshi, now declared rehabilitated, returns to his family, which should be a happy moment, but is instead a puzzlement.

That day at the train station, his wife suffered a head injury and has been left with an intense desire to see her husband again — and an utter inability to recognize him when she does. What she sees when Yanshi shows up is a man trying to take her beloved husband's place.

"Nobody wants to see you," she tells him. "Please leave."

Staggered at being in the presence of the love of his life, but seemingly unseen by her, he can only mumble, "What's happening?"

Now there are two ways to understand the rest of Coming Home, a standoff in which he struggles to reawaken his wife's memory, as she struggles to remain faithful to the husband she thinks she remembers. One is as a six-hankie weepie of the sort that, say, Nicholas Sparks churns out regularly. The other is as a broader social commentary about a time that required resilience and internal strength in China.

Director Zhang Yimou, who has said in interviews that the suffering and turmoil of the Cultural Revolution was a formative period for him, appears happy to have it both ways. He's cast as the wife the actress who has been his muse in eight films: Gong Li. And as her eyes glisten with both pain and hope in a gray world of muted emotions, her amnesia comes to seem a sort of collective denial in Coming Home: a survival strategy for those who can only soldier on after losses too painful to recall.