Accessibility links
Songs We Love: Drake, 'Hotline Bling' Misery loves melody - or why this wistful chart-climber is the perfect song for Twitter after dark. 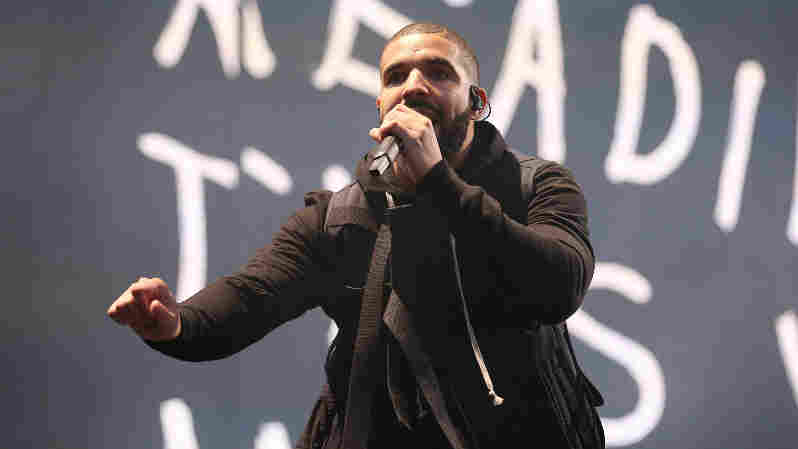 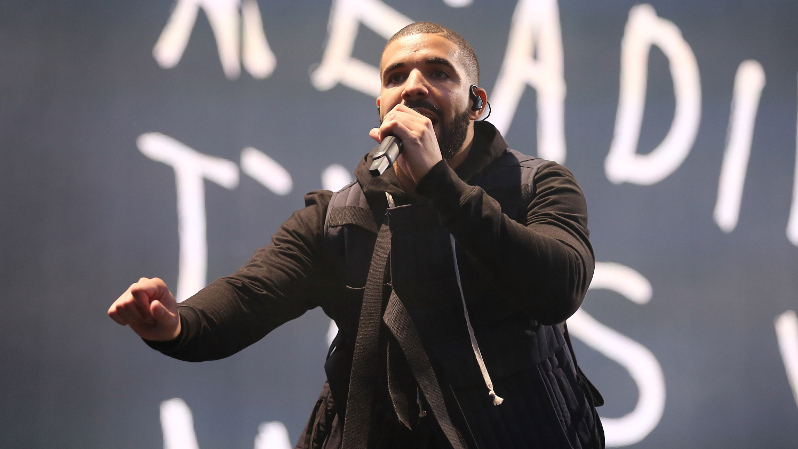 Drake performs at Finsbury Park in London, England in June.

Sad song lyrics are made for lonely, late nights. Especially nights spent on social media platforms. Put the theory to the test. Check your Twitter timeline somewhere between 10 p.m. and 1 a.m. — that period when most people are in, or headed to, bed and curling up to their mobile devices in lieu of a special someone. Scroll past the guy still tweeting about John Cena and WWE wrestling. Ignore the ranting microceleb. Skip over that one chick gushing over street style pics of North West. There.

"You used to call me on my cell phone / Late night when you need my love ..." tweets that one guy you follow who you've always known to be jovial, happy-go-lucky type. Odd, but there he is at 11:57 p.m. clearly in his feelings, tweeting lyrics to Drake's latest anthem for the Sad Boyz and Girlz social media club. The song's called "Hotline Bling." It's both remarkably catchy and damp with boo-hoo reflection, at No. 22 in its fifth week on Billboard's Hot 100 singles chart and climbing.

Musically, it twinkles with bright organ riffs and boasts a bass line fit to thump in clubs. The Nineteen85-produced beat may be made for twerking, but counterintuitively Drake pairs it with lyrics fit for soggy Kleenexes. "Since I left the city you / Started wearing less and going out more," he belts out in the sing-song style he's mastered. He's presumably talking to some lover he lost while building his musical empire — umpteen hit records here, several platinum albums there, countless blooming careers assisted by guest-verses. But even when business is booming, Drake always reminds his listeners that there's one thing money can't buy.

"These days all I do is wonder if you're bending over backwards for someone else," Drake continues as the track slows to a crawl and onto a screwed beat. "Wonder if you're rolling up the backwoods for someone else." His gift lies in the details. He's an expert at deeply wondering aloud, channeling the jealous ex in all of us. The genius of Drake on "Hotline Bling" is that he takes the self-inflected "ouch" we all feel — and the subsequent lonely tweets and subtweets it inspires — and puts it into song form.

As memories of the Drake versus Meek "beef" become your timeline's ancient history, "Bling" lyrics have the legs to keep running through the tweets with their woes, strengthened by a new heartbreak somewhere. Misery loves melody. And you follow too many people who can relate to that.

"Hotline Bling" is out now on Cash Money.