Accessibility links
Wake Up To Sounds Of Daybreak Around The World Morning Edition listeners shared their morning sounds with us — from the Guatemalan countryside to a child's bedroom in Istanbul, Turkey. 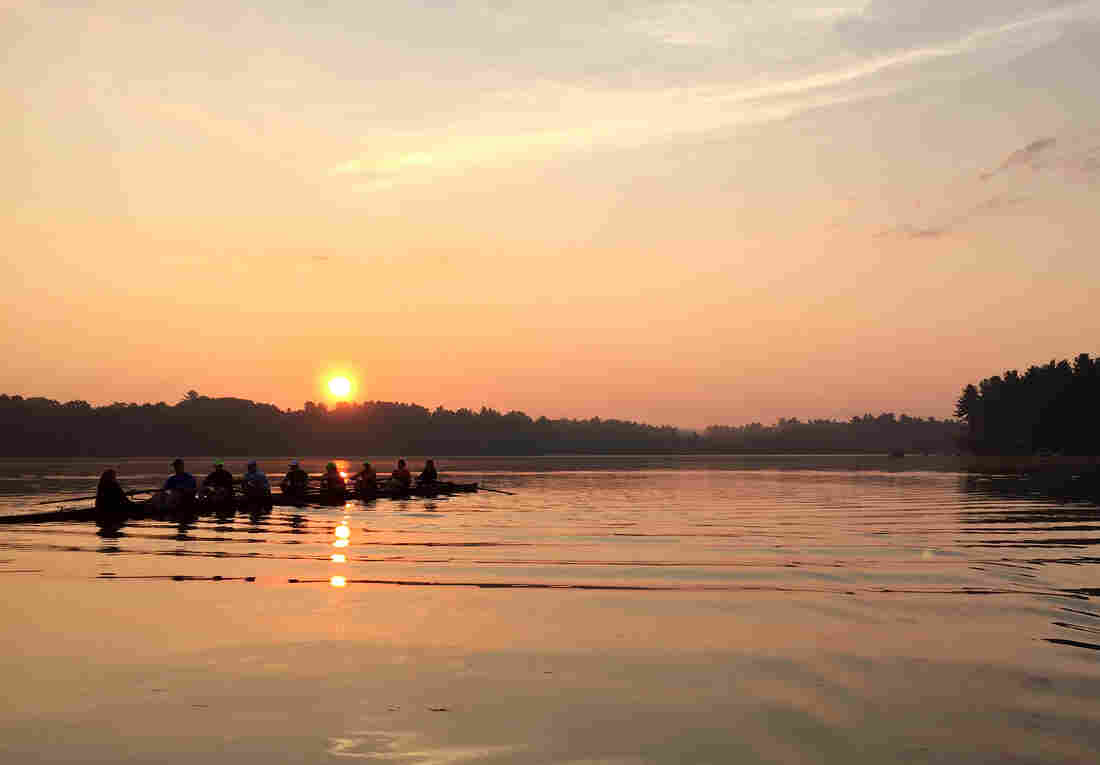 A group of rowers meet at daybreak on Forge Pond in Westford, Mass. Courtesy of Marc Cajolet hide caption 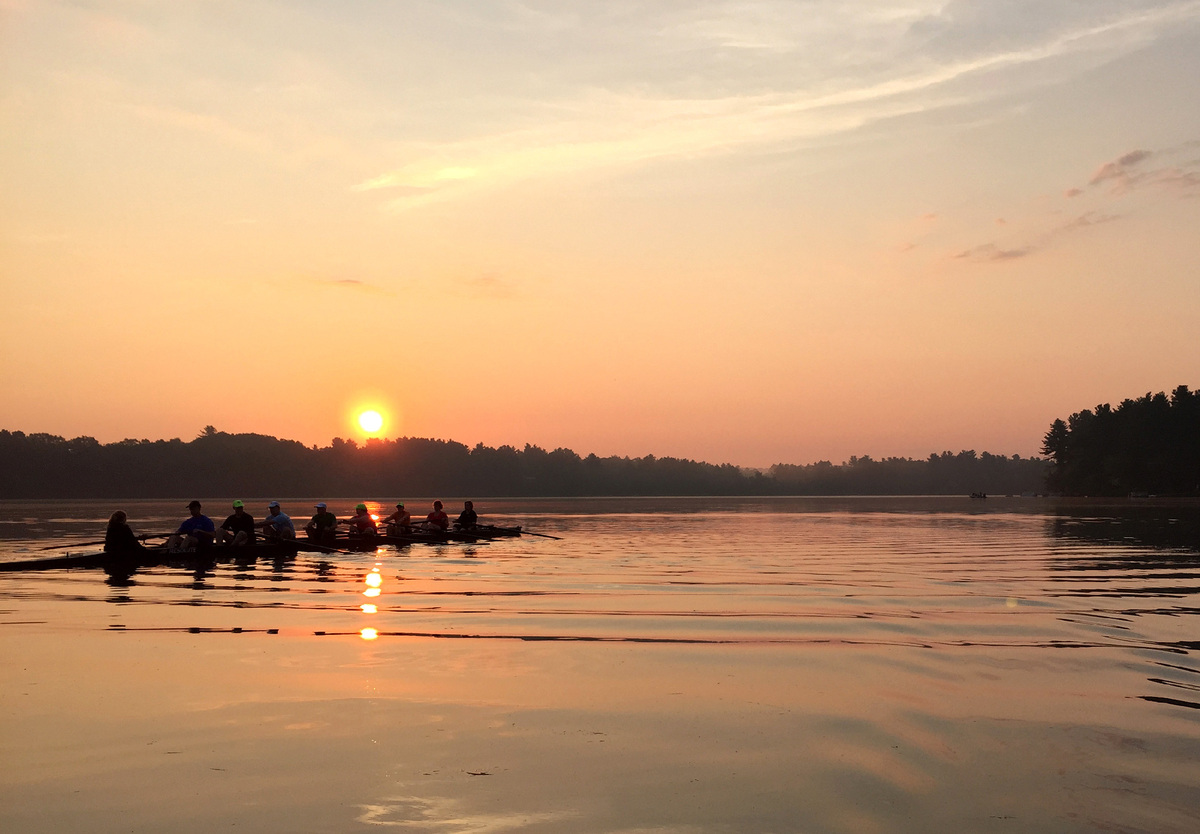 A group of rowers meet at daybreak on Forge Pond in Westford, Mass.

Morning Edition asked its listeners to share recordings of daybreak where they live. We received more than 100 submissions, and here is a sampling of what our listeners' world sounds like when it's just waking up. 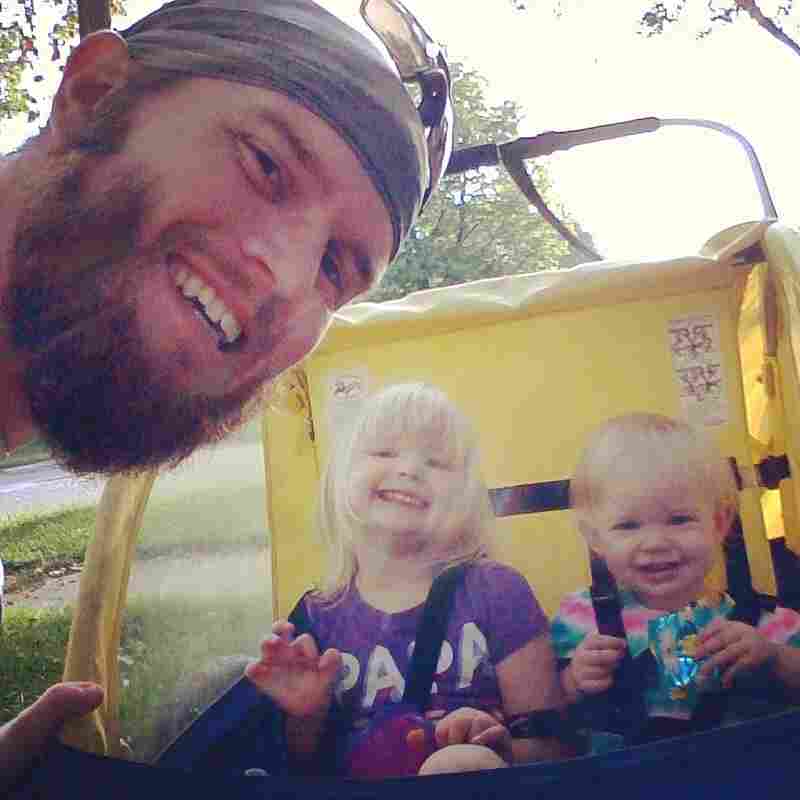 Bryan Odeen and his daughters, before hitting the road for their morning run. Courtesy of Bryan Odeen hide caption 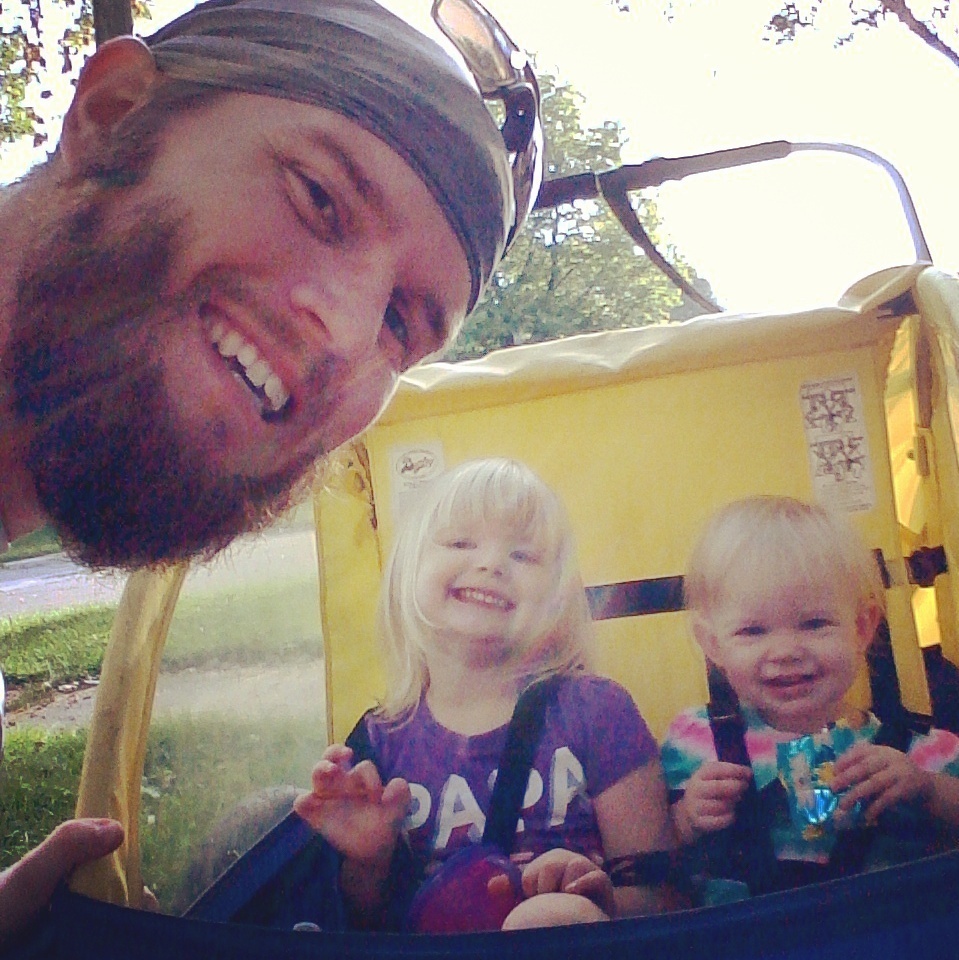 Bryan Odeen and his daughters, before hitting the road for their morning run.

But we also want to share some of the stories behind the sounds we received.

At Forge Pond in Westford, Mass., a group of dedicated rowers meet at sunrise and prepare their boats and oars.

After a short breakfast, Bryan Odeen goes for a 7.5-mile run with his two daughters. "There are usually a group of cicadas and crickets cheering us on, but they may be hard to hear," Odeen says.

Joan Hobbs and her dog Keela go outside to greet her animals for a morning feeding. "When our kids went off to college, I filled our empty nest with chickens, goats and a pot-bellied pig named Doink," Hobbs says. 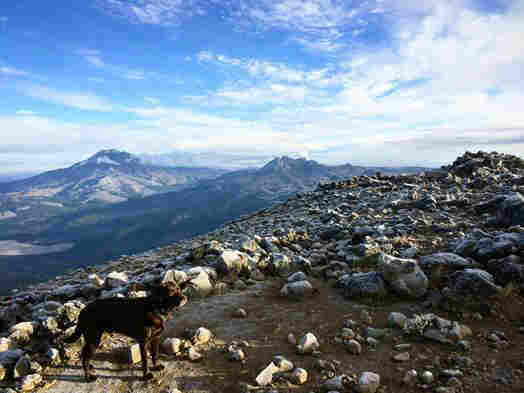 Dusty Bottoms, a chocolate lab, takes in the scenery atop Mount Bachelor in Oregon. Courtesy of Allison Miles hide caption

Allison Miles goes for a quiet walk on Mount Bachelor, which is covered with the first thick frost of the season. "There was fog low in the valleys below and wisps of cloud snagging the nearby peaks," Allison Miles says. "As I ran, the sky changed from gray to pink to bright blue."

Listen for the sound of her feet crunching on the frozen ground and the panting of her dog, Dusty Bottoms.

Thanks to the listeners whose audio is included above: Shalay Nash in her backyard in Bronson, Fla.; Kathryn Vandel on a run in Pierre, South Dakota; Aly Shuster in Chiquimulilla, Guatemala; Alan Staiger in his backyard in Yellow Springs, Ohio; Leon Alligood in his backyard in Hartsville, Tenn.; Catherine Pastor in her backyard in Columbia, Md.; Carol Kennedy with her goats in Shokan, N.Y.; Kevin Wehr with his chickens in his backyard in Sacramento, Calif.; Heather Kamin at her dairy farm in Middleburgh, N.Y.; Lorelei Pulliam from her animal sanctuary in Afton, Va.; Anita Rediger at her farm in Geneva, Ind.; Kim Biehl at a swim club in Tampa, Fla.; Walter Pickard at home in Greensboro, N.C.; Rebecca Miller at her farm in Hardwick, Mass.; Brandi Williamson at her home in Corvallis, Mont.; Som-Mai Henry at home in Baltimore, Md.; Melanie Dickerson in Kailua, Hawaii; Bryan Odeen running with his two daughters in Mason City, Iowa; Karen Dauherty in Mocksville, N.C.; Priscilla Glucksman on a morning run in Cranston, R.I.; Mindy Trisko at her home in Redwood City, Calif.; Ann Powers at her home in Lincoln, Nebraska; Peggie Wills in Kapa'au, Hawaii; Tulay Akcan singing to her grandson Mattia Akcan in Istanbul, Turkey; George Burman at a backyard pond in Fresno, Calif.; Maya Geyer at Prospect Park in Brooklyn, N.Y.; Karen Daugherty on her front porch in Mocksville, N.C.; Carol Kennedy at her home in Shokan, N.Y.; Andra McCartney in her backyard woods in Norwood, Canada; Rick Gonzalez at a lake in Eustis, Fla.; Leah Charbonneau at her flower farm in Asheville, N.C.; and Gregory Aragon and his daughter India at home in Ventura, Calif.

This piece was produced by Bill McQuay of the Cornell Lab of Ornithology and Kate Parkinson-Morgan.