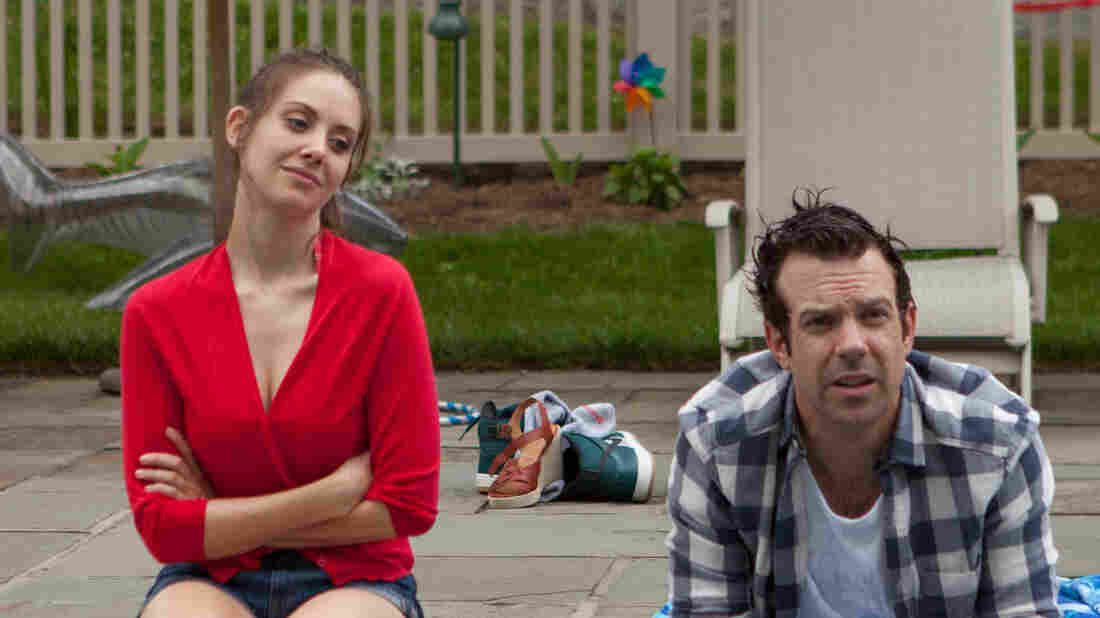 Alison Brie and Jason Sudeikis are serial cheaters who meet up years after having a one-night stand in Sleeping with Other People. Linda Kallerus/IFC Films hide caption 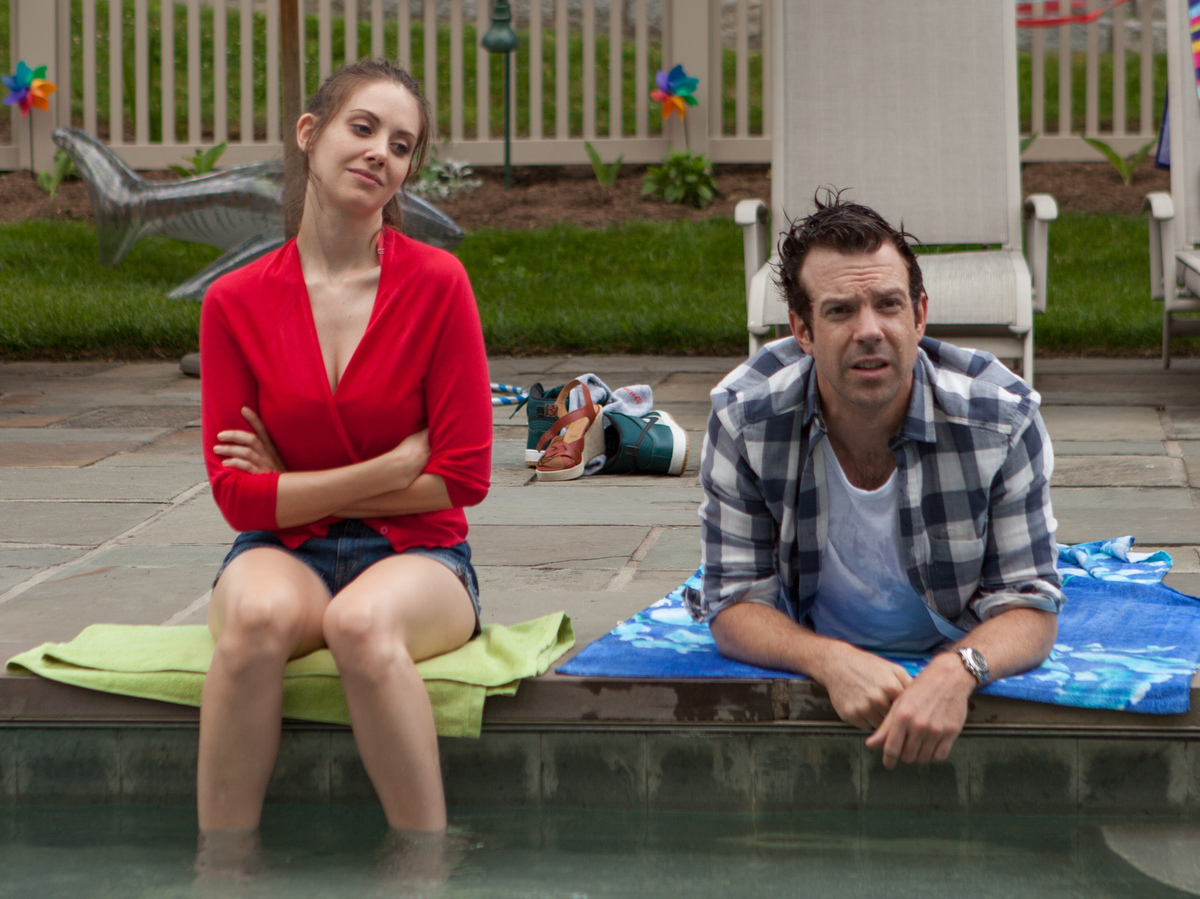 Alison Brie and Jason Sudeikis are serial cheaters who meet up years after having a one-night stand in Sleeping with Other People.

Sleeping With Other People has the arc of a conventional mainstream rom-com, but the beats are scrambled and the movie gets a climactic event out of the way in the prologue. The film actually opens with the male and female protagonists having sex — taking each other's virginity.

We first see Alison Brie's Lainey as a college student pounding drunkenly on the door of a teaching assistant she has a crush on. Another student, Jake, played by Jason Sudeikis, steps in to keep her from getting thrown out of the dorm. Having met cute, they bond, sleep together and separate — for more than a decade. When they bump into each other again, it's at a meeting for sex addicts and people who can't be faithful. A second meet cute!

Writer-director Leslye Headland has said in interviews that she holed up to write the film after the release of her raunchy first feature, Bachelorette. That movie did OK, not great, but when it faded from view and she ended a relationship, she went into an emotional dark time.

Sleeping With Other People has a headlong quality, as if it's gushing from the brain of someone who saw When Harry Met Sally 10 times and is furiously reworking the template to fit her own reality — adding more casual sex and emotional weirdness and roughening the edges.

Lainey destroys every relationship by cheating with that same teaching assistant she didn't find in the first scene — he's now a twerp of doctor played by Adam Scott with a caterpillar mustache, and it's clear he's just using her. Jake compulsively cheats on girlfriends, too, and his attempts to explain why are so convoluted you can barely focus on the words.

When they re-meet, Lainey and Jack don't fall into bed together. Instead, they are on with each other — they trade quips like bebop lines, picking up on each other's last notes and building on the theme. They're so good a fit it's hard to know why they're not together — or why they didn't date after their first momentous encounter.

The actors give it everything. Alison Brie pops her saucer eyes, and all but sings her lines. When she conspires with Jake about his various lovers, she drops her voice so that it's full of husky irony — and then, when Lainey is excited, she lets it fly up into a demented tinkle.

Sudeikis has never been so appealing. His Jake is the sort of funny, attentive guy whose vibe suggests he really likes women even if he doesn't — or doesn't know what he likes, which makes him dangerous to any woman who falls for him.

Headland supplies the leads with a great group of confidantes. Jason Mantzoukas is the family man with whom Jake invents a piece of software that will make them millions, and he and Andrea Savage as his wife are such a funny Greek chorus that they get almost the entire closing credit sequence to riff. Amanda Peet plays the head of the company that makes Jake rich and the object of his romantic attentions. Her final scene is harsh and angry and doesn't fit into the standard rom-com template. To which I say, "Good."

No studio wanted to make Sleeping With Other People. It's an indie film, produced by Adam McKay and Will Ferrell, along with Jessica Elbaum, who runs their production company. That's enough to disturb the sleep of anyone who longs for mainstream Hollywood comedies with dissonant, messy emotions and what we used to call "sexual frankness." But I think movie lovers' relationship with Headland could be a lasting one.