Accessibility links
'I Was That Kid': Beirut's Zach Condon On Self-Discovery Ten years after Gulag Orkestar, the extravagantly arrayed breakthrough album he wrote as a teenager, Condon says he's finally learning how to be subtle. 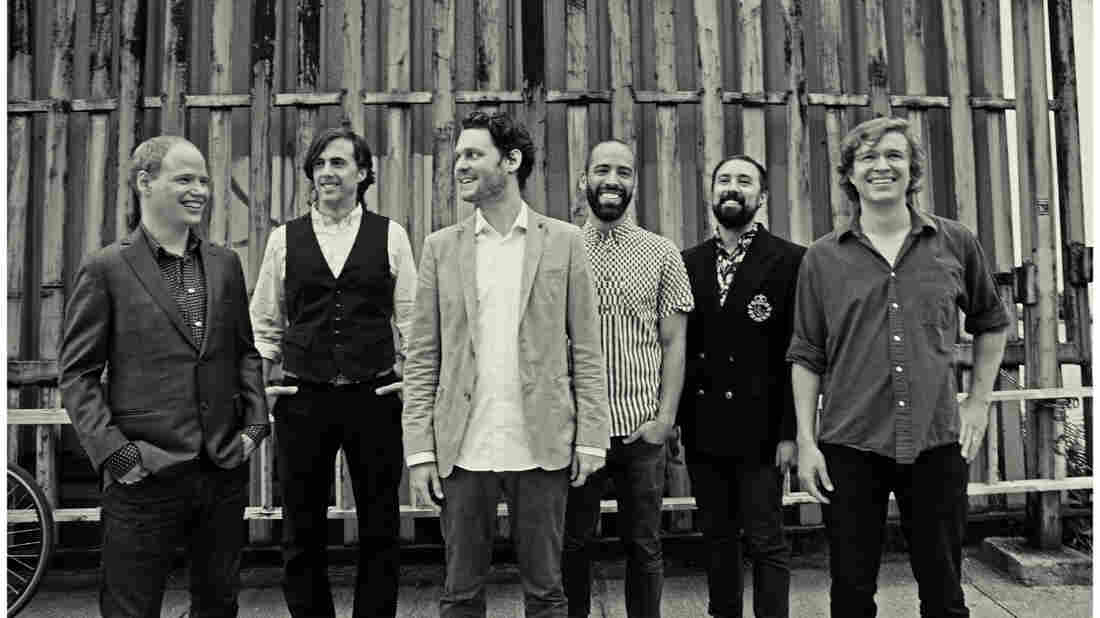 Zach Condon (center) began writing and recording under the name Beirut as a teenager in New Mexico. Drew Reynolds/Courtesy of the artist hide caption 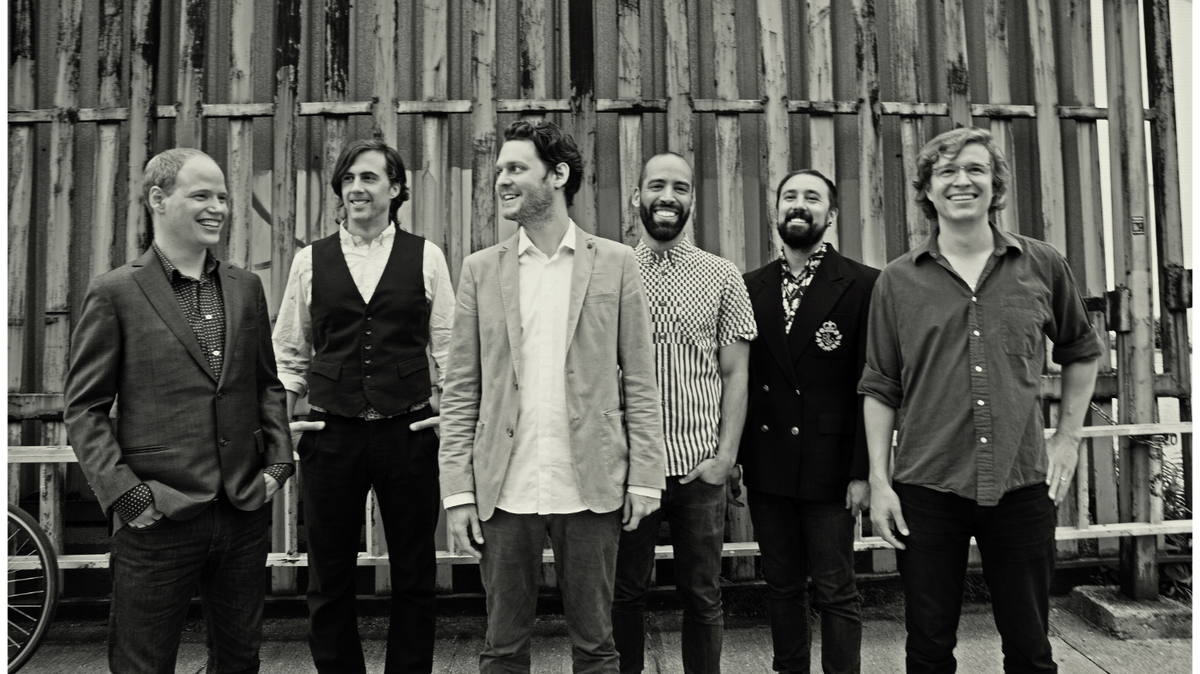 Zach Condon (center) began writing and recording under the name Beirut as a teenager in New Mexico.

Drew Reynolds/Courtesy of the artist

Though he's now traveled the globe, released a decade's worth of music and enjoyed ever-increasing popularity, Zach Condon will be the first to admit that naming his band Beirut was a pretty strange idea.

"My mind is always one step ahead of what I'm actually doing," the 29-year-old musician says, looking back on the project he started in his late teens. "You can imagine the type of kid I was, just how consistently contrary I was to everything that was going around for me."

Beirut's latest album, No No No, is out today after a four-year break from recording. Speaking with NPR's Steve Inskeep, Condon says that during his early life, it wasn't enough to be different from the other kids: He wanted to be different even from the kids who were trying to be different.

"I always knew I wanted to be in a band. But growing up in Santa Fe, if I joined my friend's band, these were hardcore and punk rockers — and I wanted to play, like, accordion and French horn and stuff," he says. "It just didn't fit. So, I was that kid. No one ever gave me grief about it, but it was a kind of lonely pursuit."

Which explains how Condon, who also played mandolin, organ, percussion, piano, trumpet and ukulele, came to write his first album in his bedroom, alone. The music was extravagant, international, sort of Balkan — and all the more remarkable for having been composed and mostly played by a guy who wasn't yet 20, living with his parents in New Mexico.

He gave the record a Slavic name, Gulag Orkestar — though he'd never been to Russia — and named many of the songs after similarly far-flung cities. For his own nom de plume, he chose Beirut — a place he'd also never seen, but whose name he well knew had once been synonymous with chaos.

"I think if I'm being honest, that was part of the appeal, almost. And I hate saying that, because it sounds cheap. But I was fascinated with this place, and I was fascinated with its trouble as well as its beauty — and it was all in my head," he says. "I can only imagine how many Lebanese people, every time they hear about us, just bury their face in their hands."

As unusual an indie rock record as one could have asked for in 2005, Gulag Orkestar was a success. Condon and his music became famous, and his travels began to catch up with his imagination. He eventually lived part-time in Istanbul, on the edge of the Balkan region that had so influenced his early songwriting. He toured the world, even playing in Beirut. And then, in 2012, everything came to an abrupt halt.

"For the last three, four years, I was on an unending tour," Condon recalls. "It just got to this point where I was completely and utterly run ragged and destroyed, and I ended up hospitalized in Sydney. It's really hard to explain: I just woke up one day and things were not functioning right."

Beirut's tour was cut short. Back home, Condon's marriage was falling apart, and every decision that had brought him to this point was clouding over with doubt.

"At that point I was kind of assuming, you know, maybe I'm not cut out for this — maybe this isn't such a good thing for me to do with my life," he says. "Which is just one of the most depressing thoughts you can have, because I didn't have anything in my life besides music. I dropped out of high school for this stuff; I've never wanted anything else."

It took time before he could return to writing music. When he finally did, it came along with an eye-opening moment of self-discovery. Now engaged again, Condon has been spending time in Turkey, his fiancé's home country. The experience, he says, has revealed to him how much of an American kid he's always been — by birth and at heart.

"It's almost like I went there to discover more about the world, and I came back going, well, I guess I'm not that — I'm definitely this. I did grow up with doo-wop and Motown and I love it to death, and I have an ear and a knack for it much more than I do for Eastern melodies," he says. "So let's do it."

Listening to Beirut's new album, No No No, you can hear what Condon learned. The hallmarks of his early music — the extra instruments, the Balkan influence, the very extravagance that set him apart as a teenager and finally made him famous — those sounds, he says, were not exactly him.

"In the past, I had this overwhelming desire to knock people over the head with music, as some sort of blunt instrument. I'm learning a lot about pulling back and implying things, instead of actually shooting for the moon," Condon says. "I don't know if I was hiding, so much as I just had so much to prove."

A previous Web version of this story said that Zach Condon cut short a 2013 tour. The tour in question was in 2012.