Accessibility links
Pop Culture Happy Hour: Labor Pains And Inspirations Thoughts on childbirth and pregnancy in pop culture, plus memories of the ways movies, TV shows, musicals and other moments have shaped our long-term interests. Plus, What's Making Us Happy this week. 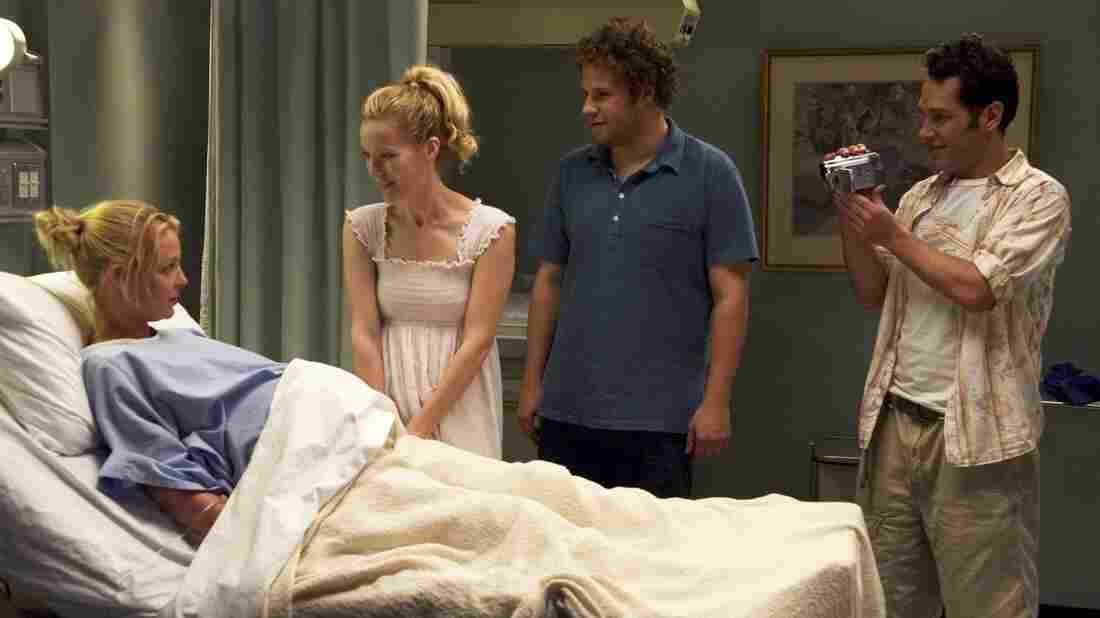 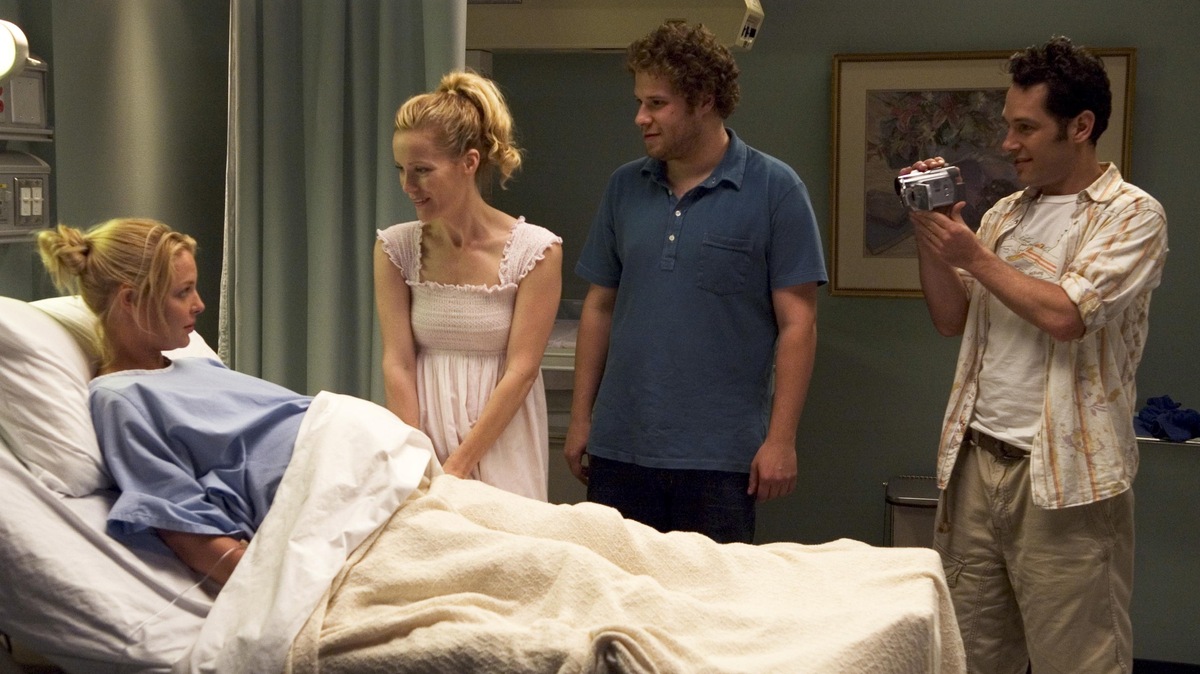 Labor Day has come and gone, but before it vanishes from memory altogether — taking with it our dreams of barbecues and white pants — the Pop Culture Happy Hour gang gathers here for one last labor-themed discussion. Of course, we're linguistically sneaky in these parts, so Linda Holmes, Glen Weldon, Barrie Hardymon and I kick off our discussion with thoughts on depictions of childbirth and pregnancy in pop culture.

Naturally, this brings us to a handful of tropes and inaccuracies in onscreen delivery-room behavior: endless shrieking, berating of expectant (usually bumbling) fathers, superhuman physical strength, body horror, instant birth, science-fiction pregnancies, babies that don't resemble newborns, lives in danger, pregnancy as trauma, an emblematic '50s cartoon, and so on. But we also discuss times the process has been covered effectively — in literature, mostly, but still. Along the way, we reference this lovely article Barrie wrote after her first C-section, as well as this heartbreaking piece in The New Yorker; both come highly recommended.

Then it's on to the subject of inspirations — namely, examples of small pop-culture moments that have shaped our long-term interests. Glen mentions a few old standbys like Batman on TV and Merrie Melodies cartoons before holding court about Abbott & Costello: After breaking out some differences between the duo and other comedy teams (The Marx Brothers, The Three Stooges), Glen sings the praises of this 1946 film. From there, after dispensing with a quick cluster of early obsessions I've almost certainly talked about on the show before — Jack Benny's radio shows, Dave Barry's writing, "Duck Amuck," UHF — I focus on a big lie told by this long-ago TV dramedy. For Barrie, the topic leads her to a discussion of this Broadway musical and the ways it taught her about human behavior and weakness. Then, Linda describes a painful Beach Boys moment that elicits groans of sympathy from the panel, then discusses ways she's been inspired by good work in ways both positive and negative.

Finally, as always, we close with What's Making Us Happy this week. I'm excited about a DVD release fueled by hubristic insanity and this recent discussion on All Things Considered -- and make a special announcement about an upcoming appearances in Los Angeles for Linda and me. Glen's happy about this new incarnation of a comic-book character who'd never excited him before. Barrie loves this show, a Glen Weldon favorite. And Linda praises two excellent pieces on Stephen Colbert — this one in GQ and this one in The New York Times.