Accessibility links
Interview: Mindy Kaling, Author Of 'Why Not Me' Five years after her popular debut book, Is Everyone Hanging Out Without Me?, the actress, producer and writer is back with more essays — and a reminder that she's not the same Mindy she plays on TV. 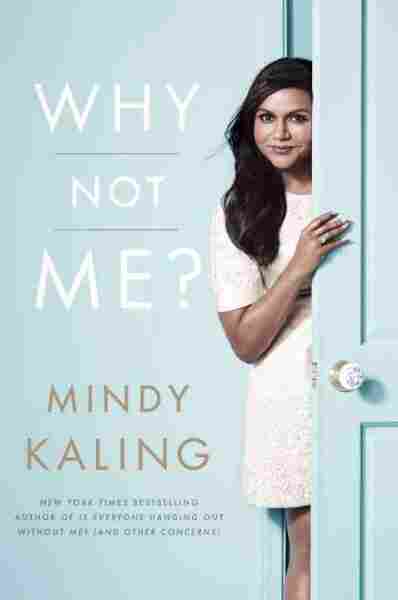 Title
Why Not Me?
Author
Mindy Kaling

Actress and writer Mindy Kaling has had an accomplished career, from her role as the vapid Kelly Kapoor on The Office to creating and starring in her own show, The Mindy Project.

But don't call her "seasoned."

Kaling, of course, is young — and busy. That's a big takeaway from her new book, Why Not Me?, which takes readers through parts of Kaling's life with the same energy and fearlessness that mark her comedy.

Why Not Me? comes five years after her first book, Is Everyone Hanging Out Without Me? (And Other Concerns).

"I've experienced a lot in the last five years in every compartment of my life," Kaling tells Rath. "People ask if it was hard to write the book because [of] my other book five years ago, and ... in fact I had even more to say than what's in the book."

Sometimes I aid into the confusion by having my character's name be my name. I guess what I'm saying is: it doesn't help for you to name a character's first name be Mindy and then be like, "I'm nothing like the character."

I empathize with Americans who think we're the same person, but we're pretty different.

On the Diwali episode of The Office, which she wrote

I was so excited ... so much of the credit goes to [Greg Daniels] for even allowing us to do that, because educating Americans on ethnic holidays is not necessarily high on the list of what a corporation wants to do with their TV sitcom.

But Greg had the best response to it when I pitched it, which was just that, "No other network's gonna do that, and so let's give the American people something that no one else is gonna do." 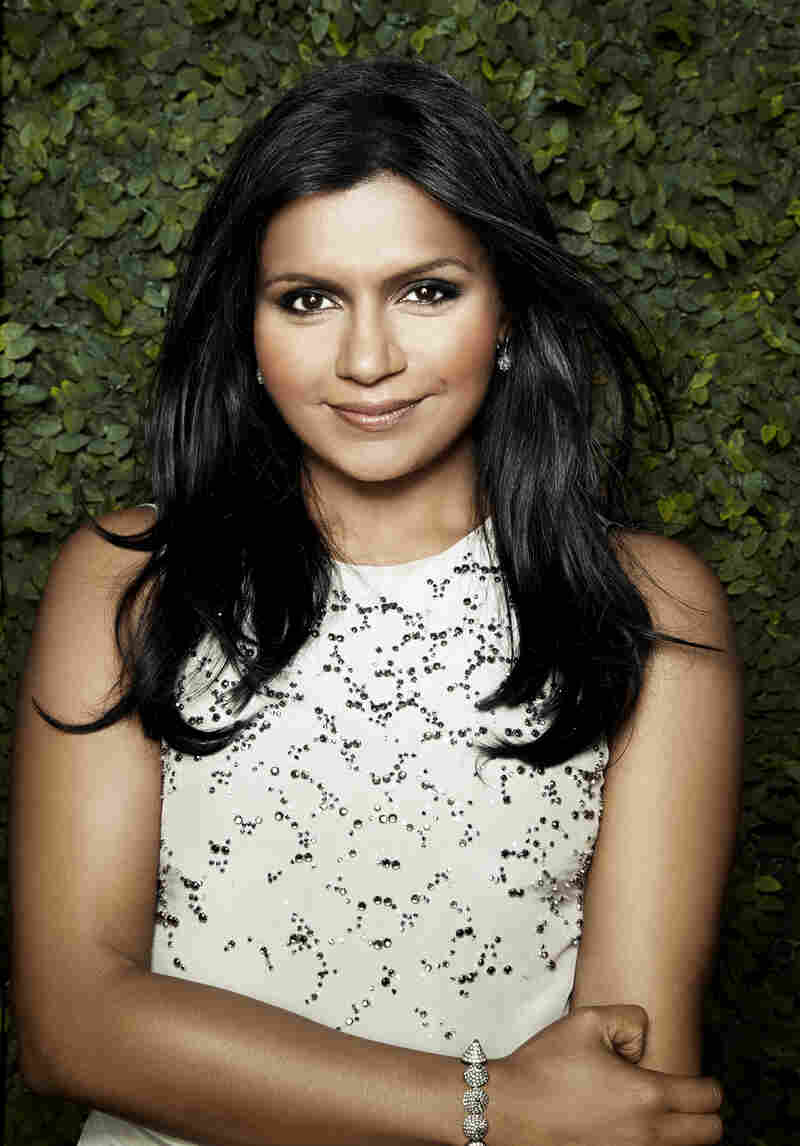 Actor, writer, producer and director Mindy Kaling is also the author of Is Everyone Hanging Out Without Me? (And Other Concerns). Emily Shur/Courtesy of Crown Publishing Group hide caption 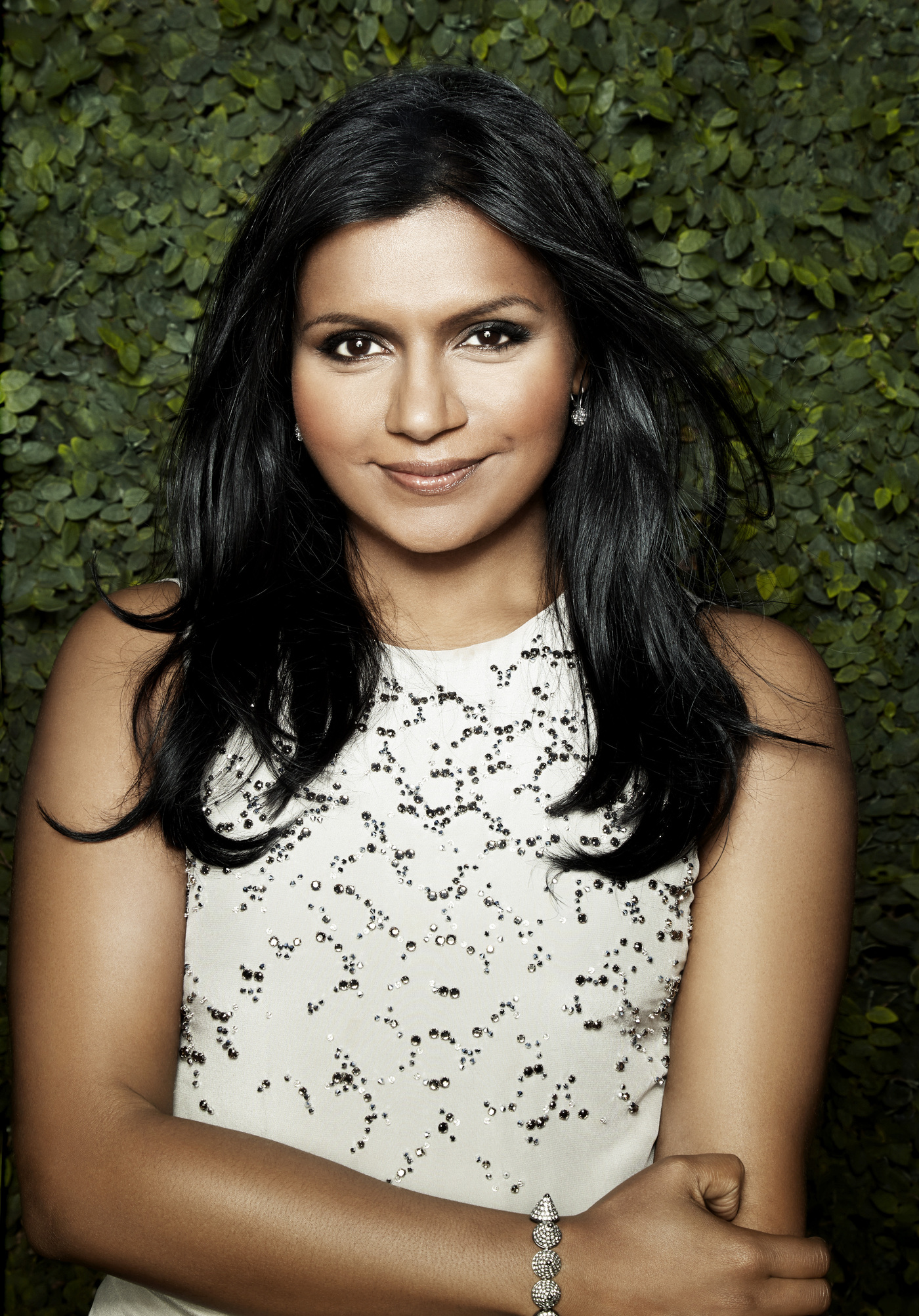 Actor, writer, producer and director Mindy Kaling is also the author of Is Everyone Hanging Out Without Me? (And Other Concerns).

And then my character on my show lives alone in New York ... has a younger brother, who obviously is also Indian. So I think a lot of the cultural stuff we do on the show now — we have fun with — is growing up Indian-American, and that really comes into play a lot. Or the way that my younger brother and I, you know, he drops out of Stanford medical school to become a rapper. We're like, "Mom and Dad are going to kill you" and he's like, "And, like, legit kill us." Your fear that your parents will actually kill you for dropping out of college is something that I think a lot of children of immigrants would maybe relate to.

On not always being camera-ready

Well, today I'm going to go be with the writers in the writers' room so I can look like a, look a little bit more like a slob, I don't have to wear heels and look dressed up for it. That is something that I've had to do almost every day is to get into hair and makeup and go to events and be on the show and things like that, and there's so many funny tricks and little secrets that I wish I had known when I was younger that I wrote a little bit about in the book. ...

I show some photos of myself at red carpet events and show what I look like when I arrive which is Gollum from Lord of the Rings, so — by the way, I'm always in a good mood, I just don't look so great — and so we keep ... this little face mask in a freezer which I then put on my face and literally it de-puffs my face as though you took air out of me a little bit and then I can look like the Mindy Kaling that you've grown to love and know in your living rooms.

On how working with Hulu differs from the network experience

First of all, we have much more creative freedom. Well, actually, the very first thing was — it was like going from a boyfriend who you tricked into being with you because you got pregnant versus being with a guy who sought you out because he saw you across the room at, you know, a carnival or something like that. So it was very romantic ...

My relationship with Hulu is that they wanna be with us and we wanna be with them, and that kind of excitement is probably the biggest change, and it makes life so much better.

Read an excerpt of Why Not Me?