Accessibility links
Not My Job: We Quiz Frank Oz On L. Frank Baum, Author Of 'Wizard Of Oz' Director Frank Oz is one of the most familiar voices in the world — in fact, he's dozens of them. As a founder of the Muppets, he was Bert, Miss Piggy, Fozzie Bear, Cookie Monster, Yoda, and more. 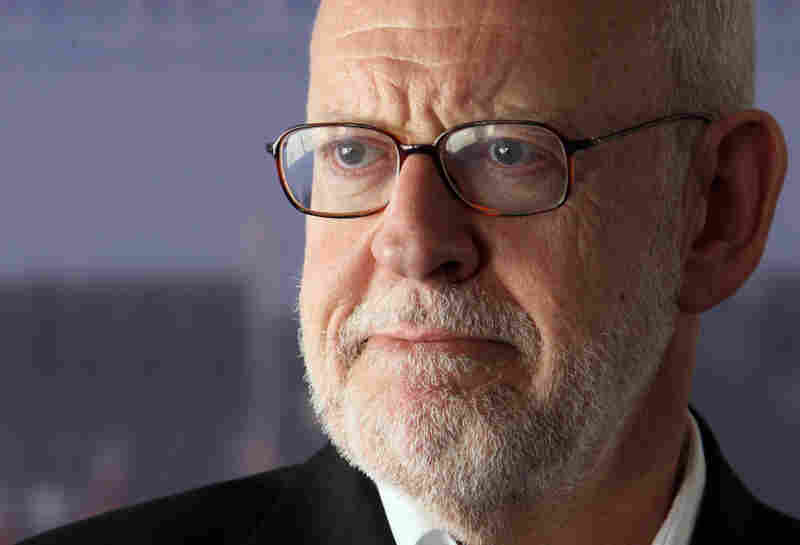 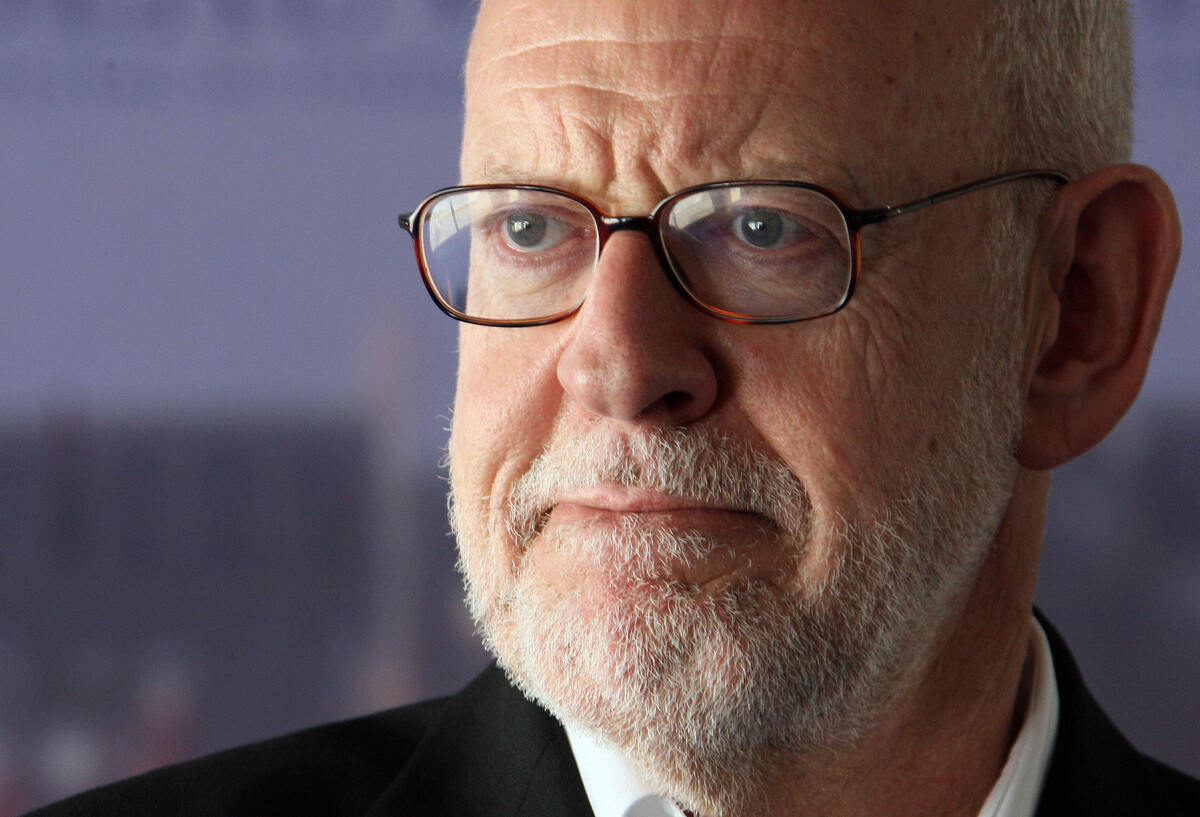 Director and puppeteer Frank Oz is one of the most familiar voices in the world — in fact, he's dozens of them. As a founder of the Muppets, he was Bert, Miss Piggy, Fozzie Bear, Cookie Monster, Yoda, and more.

Since he's probably heard his share of jokes about The Wizard of Oz over the years, we've decided to ask him three questions about L. Frank Baum, author of The Wonderful Wizard of Oz and its many sequels.

And now the game where people who have done amazing things do one little thing that's not. It's called Not My Job. Frank Oz is one of the most familiar voices in the world. Actually, he's dozens of them. As a founder of the Muppets with Jim Henson, he was Bert, Miss Piggy, Fozzie Bear, the Cookie Monster and Yoda, among others, as well as being an acclaimed movie director. Frank Oz, welcome to WAIT WAIT ...DON'T TELL ME.

SAGAL: It's a pleasure.

SAGAL: I found out an interesting thing that - I always enjoy running in this park in Oakland and passing this little amusement park in Lake Merritt in Oakland.

SAGAL: And I found out that's where you got your start. Is that...

OZ: That is. When I was about, oh, 14 years old I would be apprenticing and doing three shows a day with the crew there.

SAGAL: And you - were you a puppeteer then? Were you always doing...

SAGAL: When you were doing your puppet, did you allow aspects of your personality to come out that you were too shy?

OZ: Well, actually, during that time I didn't. But when I joined the Muppets when I was 19 with Jim, Jim taught me how to perform. And that's when things like the boredom of Frank Oz came out in Bert.

SAGAL: We all love Bert.

SAGAL: I mean, you know, they say that your favorite Beatle determines who you are. No, it's what you prefer, Bert or Ernie.

SAGAL: And I was always a Bert fan.

SAGAL: Because Bert just seemed to be constantly enduring a slow burn.

SAGAL: Am I right about that, Frank?

OZ: Yeah, all he wanted to do was really read and, you know, read about his favorite things.

SAGAL: When you and Jim Henson, of course, the genius founder of the Muppets, when you came up with Bert and Ernie, you were like, so we're going to have these two characters, they live together, they're obviously secretly gay. We'll never mention that, you said.

OZ: You know, it's so weird, isn't it, that people nowadays believe when two characters who are male live together, they're gay. What about Abbott and Costello?

SAGAL: They were gay, too.

SAGAL: You did so many voices. You come up with a character, how do you find the voice?

OZ: The strangest thing is, one, I don't think about a voice at all. I'm not a voice man. I'm not a Mel Blanc. I'm a character person, and once I get the character, the voice eventually comes. It doesn't come right away.

SAGAL: I don't know how best to ask this without just coming straight out. Will you do some of them for us?

OZ: OK, now, I have - I'm always asked that. But here's the thing. If I do it, it's like a party trick. And, to me, there's a purity of those characters that I really don't want to mess around with.

SAGAL: It's not true.

OZ: Oh, come on, I mean, you know, it's ridiculous. Yes, it's true, but that happened several times in the past 40 years, and it's just bogus. Come on, let the kids have some cookies.

OZ: Also, somebody once said to me, you know, Cookie Monster uses me all the time - me do this and me do that. And that kind of syntax is really going to hurt the kids. And I said, you know, I don't think somebody's going to grow up a lawyer and saying me want to represent you.

SAGAL: Although, I would hire that person in an instant.

OZ: ...Ukuleles, and when he became a cookie monster, it was when Jon Stone or Jeff Moss - I forgot - wrote a routine where Guy Smiley was the host of a quiz show and Cookie Monster won the show. And he was given the choice of $10,000 in cash, a new car...

POUNDSTONE: I remember this.

POUNDSTONE: I remember that, yeah.

OZ: And from that point on, he became the Cookie Monster.

SAGAL: That makes perfect sense 'cause clearly he had a problem.

POUNDSTONE: Do you think that Jim Henson meant for Guy Smiley who look like Suze Orman or that just happened?

ROXANNE ROBERTS: Frank, this is Roxanne. I have a question.

ROBERTS: I assume that characters are like children and you love them all for their unique characteristics, but do you have a favorite for some reason that just strikes some chord in you?

SAGAL: Yeah, I loved Grover when I was a kid.

SAGAL: He always seemed so well-meaning.

OZ: Yeah, he is well-meaning, but, you know, he's wiry. You got to watch out for him.

POUNDSTONE: You know, if characters were like children then Cookie Monster would be hitting you up for money all the time.

SALIE: Frank, this is Faith. I have a 1-year-old and a 3-year-old and so your characters are very, very present in my everyday life. And I just wonder, like, what does it feel like to know that you've created these characters that are basically a part of every American child's life?

OZ: You know, if I really recognize that, I'd probably go crazy. It's so vast, and the characters are ubiquitous around the world. And, really, if you think about all that stuff, you can't do your job.

SAGAL: But you have this power that very, very few people have of if you - any time you want to, you can blow a child's mind, right?

SAGAL: I mean, if you're over, say, at a friend's house, they have kids or grandkids that like "Sesame Street," you could lean down and do Grover or Cookie Monster or Miss Piggy. Do you ever do that?

SAGAL: Frank Oz, what a delight to talk to you. We have asked you here to play a game we're calling...

SAGAL: Answer 2 out of 3 questions about the author of "The Wonderful Wizard Of Oz" and its many sequels, you'll win a prize for one of our listeners - Carl Kasell revealing himself to be the man behind their voice mail. Bill, who is Frank OZ playing for?

SAGAL: All right, Frank Oz, here's your first question. Like a lot of eventually successful writers, L. Frank Baum tried a lot of different things before finding his true calling. During his 20s, L. Frank Baum pursued what career? A - a modern professional version of Roman Gladitorial combat; B - he was a, quote, "professional ladies companion;" or C - he was a breeder of rare but prized chickens.

OZ: I'll go for the chickens.

SAGAL: You're right, as did he.

SAGAL: He was an expert at a breed of chickens called the Hamburg. And he - his first book was entitled "The Book Of The Hamburgs: A Brief Treatise About The Mating, Rearing, And Management Of The Different Varieties Of Hamburgs." They tried to make a movie out of that, as well, with Judy Garland as the chicken, but...

SAGAL: All right, that's very good. Next question - L. Frank Baum was interested in technology. He put in some wonderful futuristic ideas in his books. In fact, he was credited with being at least among the first people to depict what? A - cellphones; B - the George Foreman grill; or C - Dippin' Dots, the ice cream of the future.

SAGAL: Isn't it, though?

OZ: I'm going to go for the ice cream of the future.

SAGAL: (Laughter) No, but it would be great.

SAGAL: And then the scarecrow took out a little container of tiny frozen balls. No, it was cellphones in the "Tik-Tok Of Oz" book.

SAGAL: People used little devices to talk to each other. It's very futuristic.

SAGAL: Well, this is very exciting. You're obviously, I should have said, an acclaimed film director. You know how to build drama. We're down to the last question. If you get this right, you'll win. In 1905, Mr. Baum also expressed plans to create something quite new. If he had raised the money, he would have invented the world's first what? A - Segway scooter; B - theme park; or C - motorized beer cooler.

SAGAL: You're right. He conceived...

SAGAL: He expressed plans to buy an island off the coast of California and create the marvelous land of Oz, which children could visit, and he said he would live there. And he'd have - he'd choose a young girl and she would be queen of Oz and live there with him.

SAGAL: Oh, yeah. Strange man. Never happened, though. Bill, how did Frank Oz do on our quiz?

KURTIS: Two out of three, the Cookie Monster would be proud, Frank.

SAGAL: Oh, I'm sure he would be. Frank Oz is an actor, director, puppeteer, and he made everybody's childhood awesome. Frank Oz, thank you so much for joining us on WAIT WAIT ...DON'T TELL ME.

SAGAL: In just a minute, we're living on a prayer in our Listener Limerick challenge. Call 1-888-WAIT-WAIT to join us on the air. We'll be back in a minute with more of WAIT WAIT ...DON'T TELL ME from NPR.

KURTIS: Support for NPR comes from NPR stations, and Progressive Insurance, with insurance for cars, home, boats, motorcycles, RVs and commercial vehicles at 1-800-PROGRESSIVE and progressive.com. Angie's List, where members and visitors can shop and buy services from local businesses, including house cleaners, handymen, landscapers and remodelers. Learn more at angieslist.com. Chipotle, committed to serving responsibly-sourced ingredients prepared with classic cooking techniques, like hand-mashed guacamole, slow-braised barbacoa and tomatillo, red chili salsa - Chipotle. And Carbonite, providing secure backup and recovery for businesses and homes. Since 2005, Carbonite has backed up more than 500 billion files from email servers to family photos. Learn more at carbonite.com.