Accessibility links
Alice Cooper, Johnny Depp And Friends Write A Musical Toast To Decadence Their collaborative project The Hollywood Vampires is a rock band, specializing in a macabre kind of historical fiction. 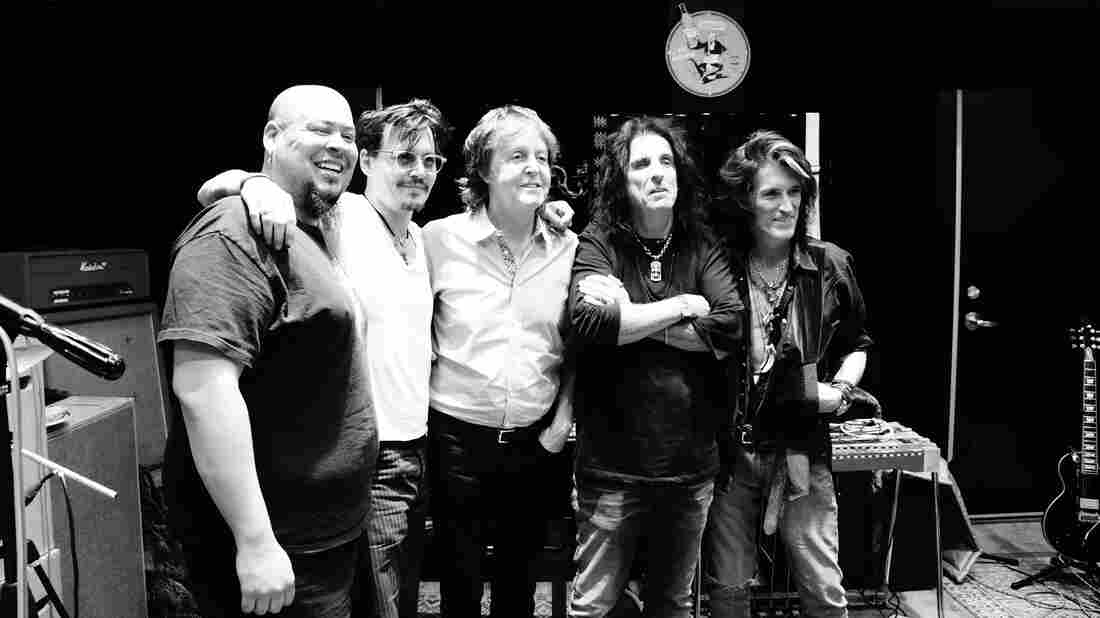 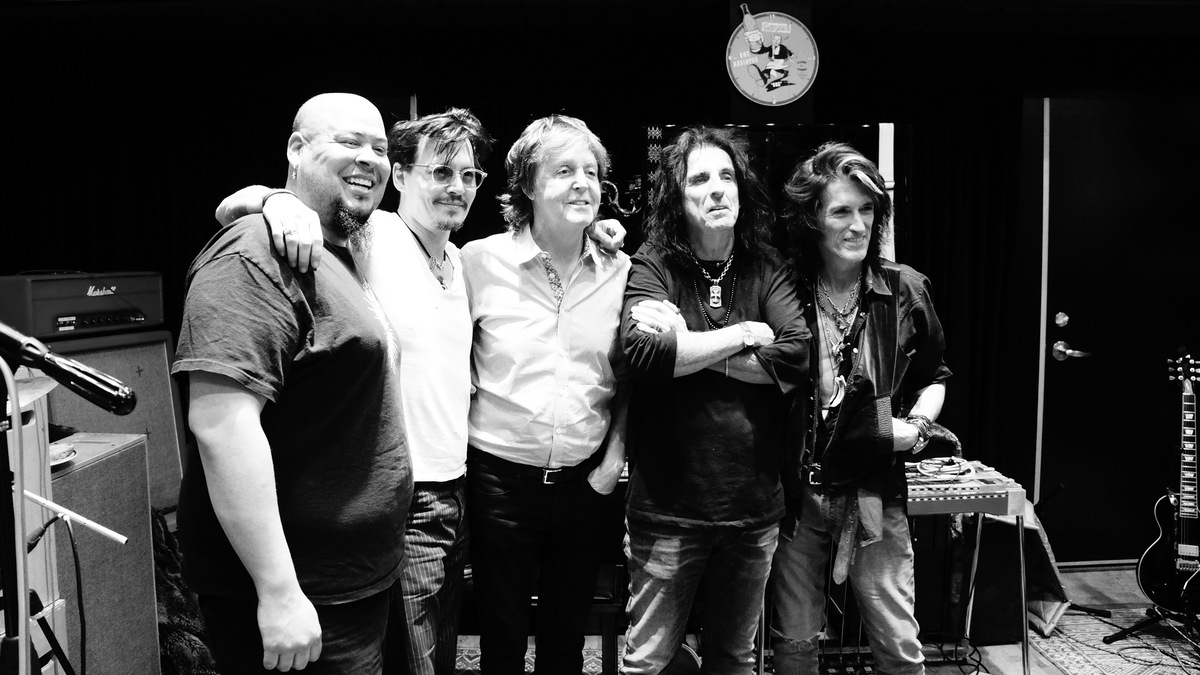 Kyler Clark/Courtesy of the artist

In the early 1970s on the Sunset Strip, the Rainbow Bar and Grill was the place to be for rock 'n' roll and raising hell. Upstairs was a kind of social club, where you'd see guys like The Monkees' Mickey Dolenz and The Who's Keith Moon. And according to Alice Cooper, another founding member, there was only one way into the club: outdrink all the members, and live to join.

That collection of self-styled miscreants dubbed itself the Hollywood Vampires. A few years ago, Alice Cooper and recent inductee Johnny Depp, decided they should pay tribute to the group's musical heritage with an album, which would also feature fellow member Joe Perry of Aerosmith.

Cooper and Depp joined NPR's Scott Simon to talk about the project. Hear the conversation at the audio link, and read an edited version below.

Scott Simon: Let me begin with this: What is the big deal about a bunch of rock stars getting together and drinking, maybe too much?

Alice Cooper: So, everybody was at the top of their game at that point, in the early '70s. And we all drank anyways, right? It just seemed that we always ended up at the Rainbow, to the point where they finally just said, 'Why don't you guys go up into this loft, where we'll kind of protect people from coming around and sitting on the tables.' And we thought that was a great idea.

Every single night, it seemed to be the same seven or eight guys: Harry Nilsson, myself, Mickey Dolenz, Bernie Taupin, Keith Moon when he was in town. It was actually sort of a social club, drinking club, for rock stars that drank — seriously drank. And we were indestructible at that age.

Simon: You thought you were indestructible.

Cooper: Well, yeah, that's the thing. Now, already, two of the guys that were honorary Vampires — Jim Morrison and Jimi Hendrix — had died at 27. And they were certainly archangels in our group. But it was at that time when you really did feel totally indestructible. You were out on tour, 75 cities in 80 days, and then making records on top of it. And they started calling us the Hollywood Vampires, because anybody only saw us at night.

Simon: Was Jim Morrison an easy friend to have?

Cooper: I liked him a lot as a person. He was this very poetic character, and death was always on his mind. And it showed up in his songs — I mean, almost every song he wrote had something to do with dying. He was an American treasure that went way too soon.

Simon: Can you tell us what you would like Johnny Depp and maybe some of the younger members of the new Hollywood Vampires to know, if they take one thing out of this experience?

Cooper: Well, for one thing, Johnny's already got it. Johnny's already seen how alcohol and drugs can get in the way of a career. And you have to remember one thing: Johnny was a guitar player and a rock-and-roller way before he was an actor. When he came to Los Angeles, he came with his band.

Simon: Johnny Depp, how do you get into the Hollywood Vampires story?

Johnny Depp: You know, Alice and I, we'd met before, but we were able to kind of sit and chat on the set of Dark Shadows, and talk about maybe writing some songs together. We started doing that, and then one thing led to another and it became this Vampire project — because he was telling stories about all those days, which were fascinating.

Simon: Can I ask you guys about a new song of yours? It has a title everyone's going to ask about, and that's "Dead Drunk Friends."

Cooper: I kind of picture it this way: We're in the Rainbow at about 5 in the morning, when there's nobody there – really, the only people there are the ghosts. It's a toast to them. It ended up being a pirate drinking song, but it's got a certain melancholy about it that really sums up the album, I think.

Depp: Alice said we need something that sounds — musically sounds — unsteady, a little drunk. I remember everybody left the studio that day and it just kept rolling around in my head, Alice saying, "It should sound drunk, it should sound drunk." And having been familiar with "drunk" once or twice myself, that lick just came to me — and yeah, it sounded very drunk, so I presented it to Alice. It felt like he wrote the lyrics in about a minute.

Simon: I wonder if what this song means to each of you is slightly different, given the fact that you were there in the original, Alice Cooper. Johnny Depp, you're coming into the new group. For one of you, it's life — for the other of you, it's history.

Cooper: At the same time, you know, Johnny's got this rock 'n' roll old soul to him. If I say a song, he goes, 'Oh yeah. I know that song.' A song he shouldn't know, a song that's not his generation at all. So he might as well have been there.

Simon: Johnny Depp, do you feel like you were there?

Depp: I think Alice probably, on some level, recognized that good old self-destructive streak that does happen in some people's lives. So, though I wasn't there with Alice and the Vampires, but I'd give anything in the world to have been, I had my own version, I suppose, a little later.