Accessibility links
Drone Strike That Killed Awlaki 'Did Not Silence Him,' Journalist Says In Operation Troy, author Scott Shane details the life, death and influence of Anwar al-Awlaki. "His status as a martyr has given his message even greater authority," Shane says of the propagandist. 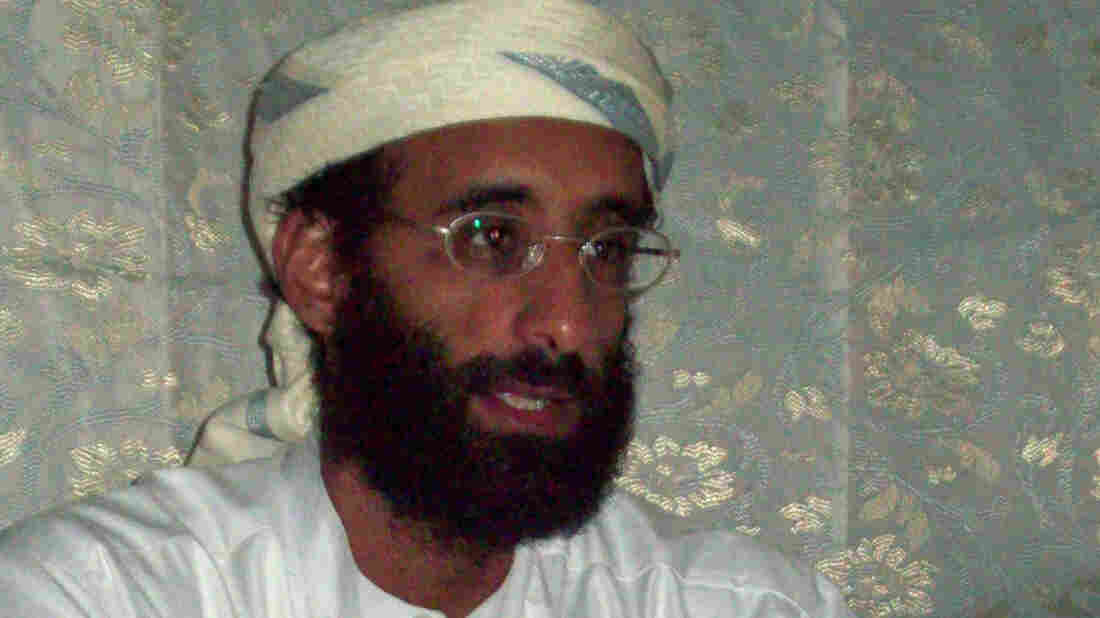 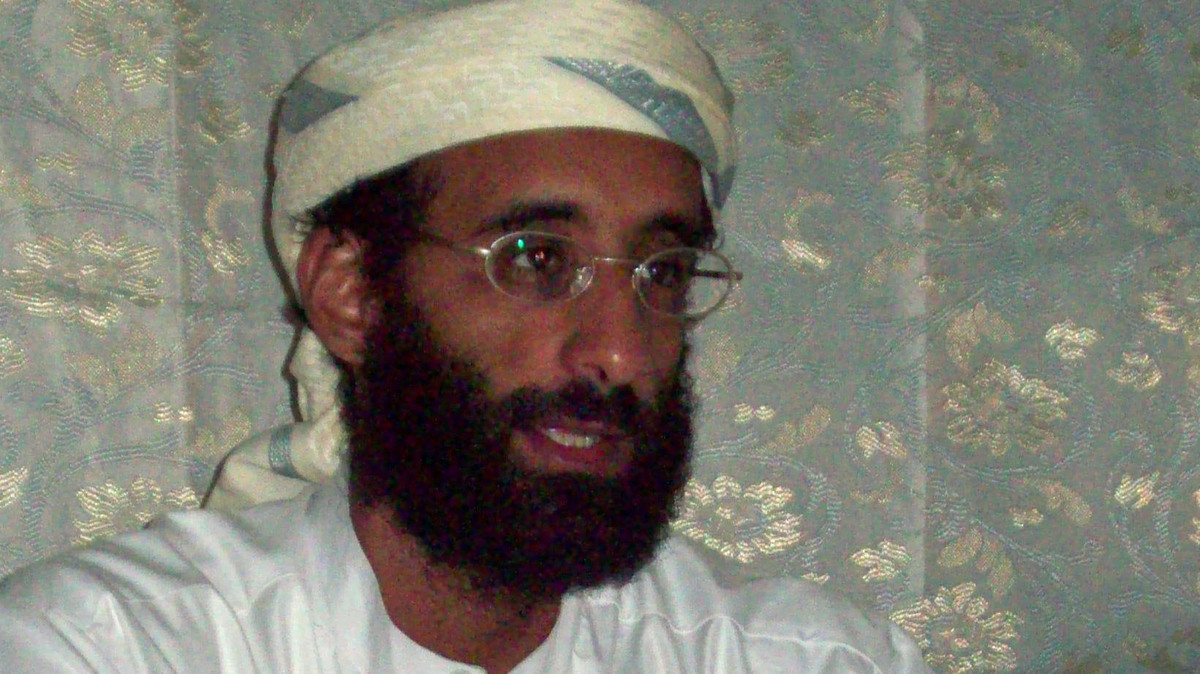 Journalist Scott Shane says that the videos and DVDs of the late imam Anwar al-Awlaki (above) continue to inspire terrorist acts.

Four years ago, an American drone strike in Yemen killed Anwar al-Awlaki, an American-born imam. It was a targeted attack; more than a year earlier, the Obama administration and the CIA had placed Awlaki's name on a "capture or kill list."

The Obama administration justified the killing of an American citizen by arguing that Awlaki posed an imminent threat to the United States. Journalist Scott Shane tells Fresh Air's Terry Gross that administration officials felt that Awlaki had "turned the corner from being just a propagandist ... for al-Qaida to being an active plotter of violent attacks against the U.S."

Shane is a national security reporter for The New York Times. In his new book, Operation Troy: A Terrorist, a President, and the Rise of the Drone, he traces Awlaki's trajectory from a celebrated imam who had called for moderation following the Sept. 11 attacks to a radicalized jihadist.

Awlaki's medium of choice was the Internet, where he published videos and articles on building bombs and mounting attacks. Before his death, he had been linked to Umar Farouk Abdulmutallab, the so-called "underwear bomber" who had attempted to blow up a plane over Detroit on Christmas Day in 2009.

Some of the biggest and most devastating terrorist plots in the West since Awlaki was killed very much were a reflection of his influence.

But, Shane says, "the drone strike that killed [Awlaki] did not silence him." After his death, Awlaki's Internet publications were said to have inspired the perpetrators of the Fort Hood shooting, the Boston Marathon bombings and the Charlie Hebdo killings in Paris.

"It's very clear that his status as a martyr has given his message — including his message that it's the obligation of every Muslim to attack America — even greater authority," Shane says. "Some of the biggest and most devastating terrorist plots in the West since Awlaki was killed very much were a reflection of his influence."

On Awlaki's influence as a propagandist and recruiter for al-Qaida 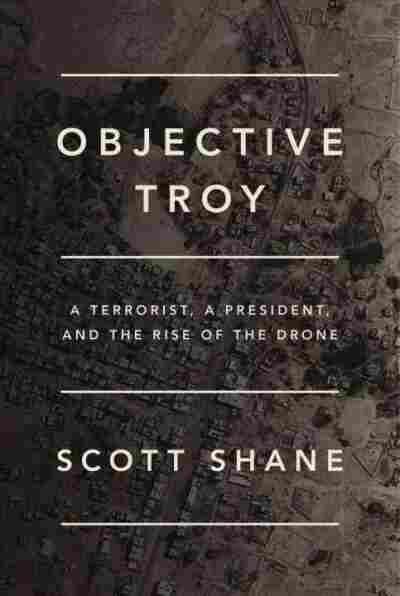 A Terrorist, a President, and the Rise of the Drone

Title
Objective Troy
Subtitle
A Terrorist, a President, and the Rise of the Drone
Author
Scott Shane

He was by far the most popular, most influential English-language recruiter for al-Qaida and for the whole jihadist cause. And in a way, his influence has spilled outside English. If you go on YouTube you find him translated into French, into German, into other languages, he also worked in Arabic. So he just became one of the most powerful and effective voices persuading people to join al-Qaida or to join its cause.

On Awlaki as a pioneer of do-it-yourself terrorism

He sort of pioneered a do-it-yourself approach in a very explicit way: He and another American, Samir Khan, started putting out an English language magazine, a slick magazine on the Web called Inspire, in 2010, and every issue featured and still features (because it's still coming out) the instructions on how to mount attacks yourselves. If you need to know how to build a bomb, they have articles on that. In some ways, he pioneered what we're now seeing from the Islamic State, from ISIS, in terms of encouraging people in the West not to wait for instructions but to just go ahead and come up with an attack.

On a potential connection between Awlaki and the Sept. 11 hijackers

There were some members of that [mosque] congregation in San Diego [where Awlaki was an imam] who remembered Awlaki sort of sitting in his office and talking to one of the two hijackers [of the Sept. 11 attacks] and, of course, no one knows what they were saying to each other. There's also a little bit of circumstantial evidence that he may have helped them. These two guys who didn't speak much English, when they first landed in the States, but, of course, he could've been asked to help them without having any clue what they were up to.

What I concluded was that he was not in on the plot, (that's also what the FBI concluded) and that he was sincere in his condemnation of the plot after it took place, that it took him by surprise, and that what he said publicly was pretty much what he was saying privately. He had actually sent an email to his younger brother who was studying in the States at the time a few days after 9/11 and he called it "horrible," and so I think what he was saying within his family, to intimate acquaintances and friends was pretty much the same thing he was saying out loud, but the FBI didn't know that. Of course, at the time and as everyone would remember, everyone was terrified that there was another attack coming to follow up on 9/11, so they put a surveillance team on him 24 hours a day to try to find out whether he somehow had connections to al-Qaida.

On the FBI's investigation of Awlaki and his solicitation of prostitutes 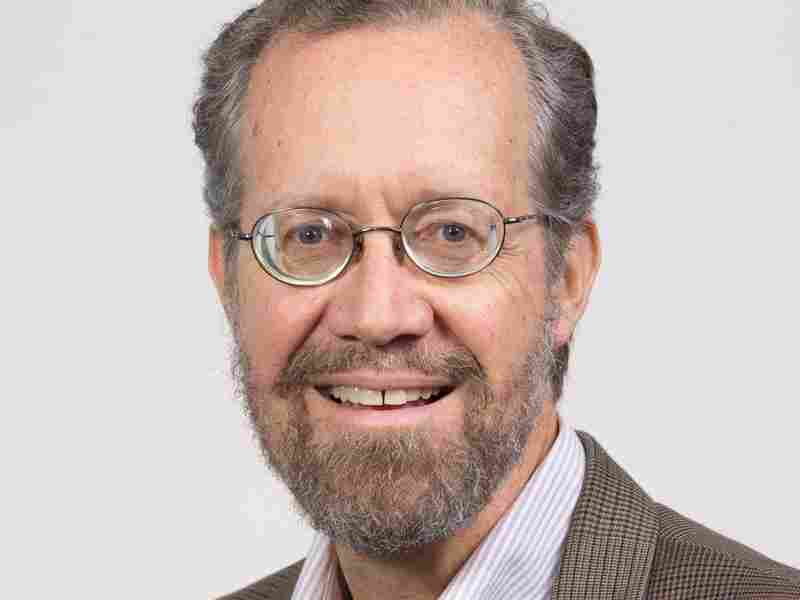 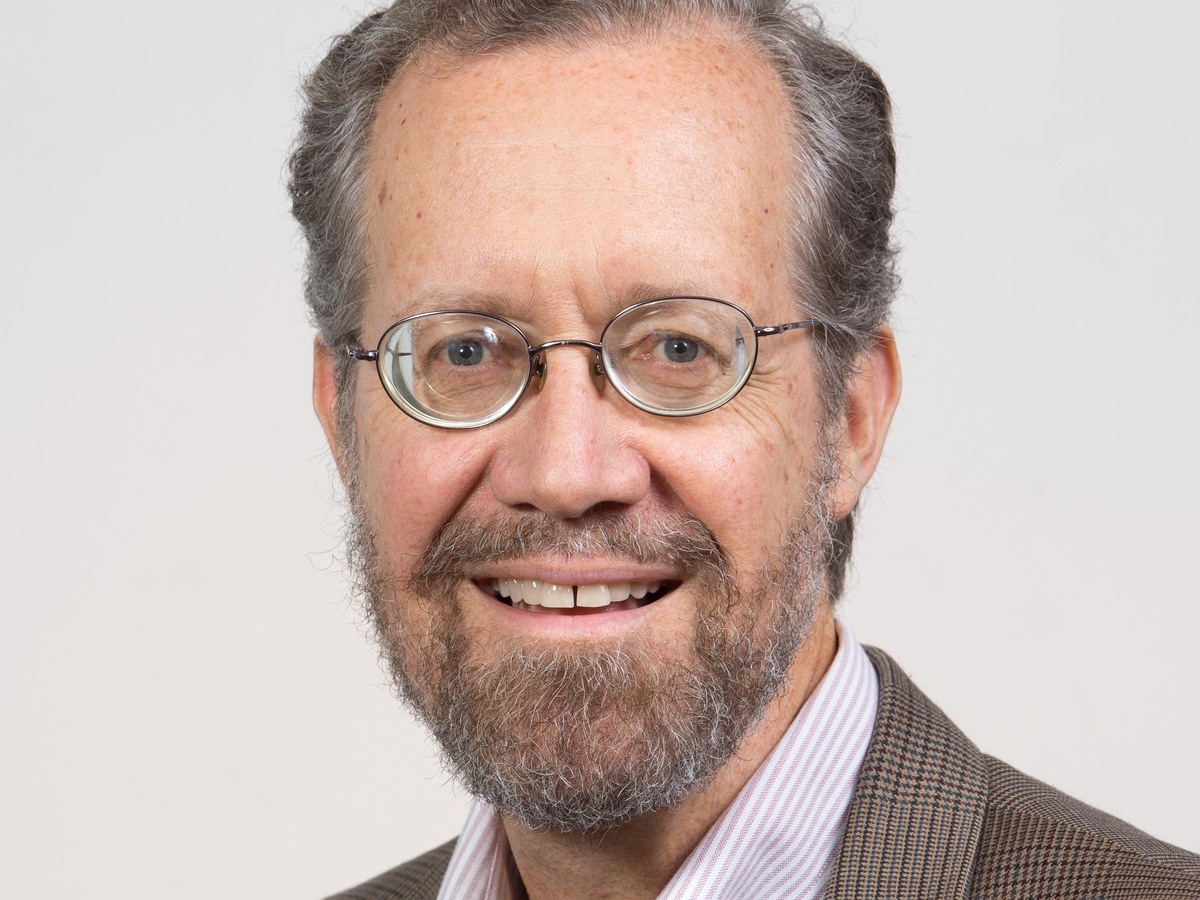 Scott Shane reports on the U.S. intelligence community for The New York Times.

Some people warned at the time that killing him would make him a martyr and would actually enhance the power of his message, whereas using the prostitution files would have undercut his message, undercut his authority. What's clear from these massive FBI files is that there was some consideration to charging him with a prostitution-related offense ... but, of course, at the time he was not considered a threat, they were finding no connection to terrorism, and so there was no real motivation at that point to charge him. Later on, I think, where it becomes more of a question is when he emerges in 2009, 2010, as this extremely eloquent, persuasive voice calling for attacks on America and as evidence emerges that he's very much a part of al-Qaida, the question does arise, why would the FBI not have tried to use that information then?

The kind of core argument is that Anwar al-Awlaki was posing a continuing, imminent threat to Americans, to the United States, and that while he was entitled as an American citizen to due process under law before they deprived him of life or liberty, which is what the Constitution says, that you could give due process by simply an internal, executive branch, secret examination of the evidence against him. Normally we think of due process as your day in court, your right to confront your accusers, to be charged criminally, to be judged by a jury of your peers and so on, but what ... Obama's Justice Department decided was that it was adequate due process for the CIA and other agencies to sort of assess what Awlaki had done, to judge him to be an imminent threat and that would justify his killing.

On how Awlaki's death made him a martyr

If you go on YouTube today and put his name into the search engine, you come up with tens of thousands of videos and many of them are actually tributes to him as a martyr. ... There are really quite impressive collections that mix his lectures and sermons from different parts of his life to sort of adoring pictures of him. ....

He's all over the Internet now, putting out the same message and that message is being heard. In case after case, you find that Awlaki was a crucial influence behind young Muslims in America, in Britain, in Canada and in the rest of Europe sometimes, in convincing people that violent jihad is their duty as Muslims. You find his influence in the years since his death in 2011 not only in dozens of small cases where the plots actually never came to fruition, but you find his influence powerfully in the Boston Marathon Bombing, where the Tsarnaev brothers got both their bomb-making instructions and their ideology from Anwar al-Awlaki, and then in 2015 the Charlie Hebdo shootings in Paris at the satirical newspaper in Paris, those guys were French, their first language was not English, but they were big fans of Awlaki, and one of the brothers had actually gone to Yemen and met Awlaki and claimed, before he was shot by police, that Awlaki had financed their mission.