Accessibility links
Mary Karr On Writing Memoirs: 'No Doubt I've Gotten A Million Things Wrong' Karr discusses the faults of memory, the challenges of writing about loved ones and the pain of deleting 1,200 pages because "there was something untrue about them." Her new book is The Art of Memoir. 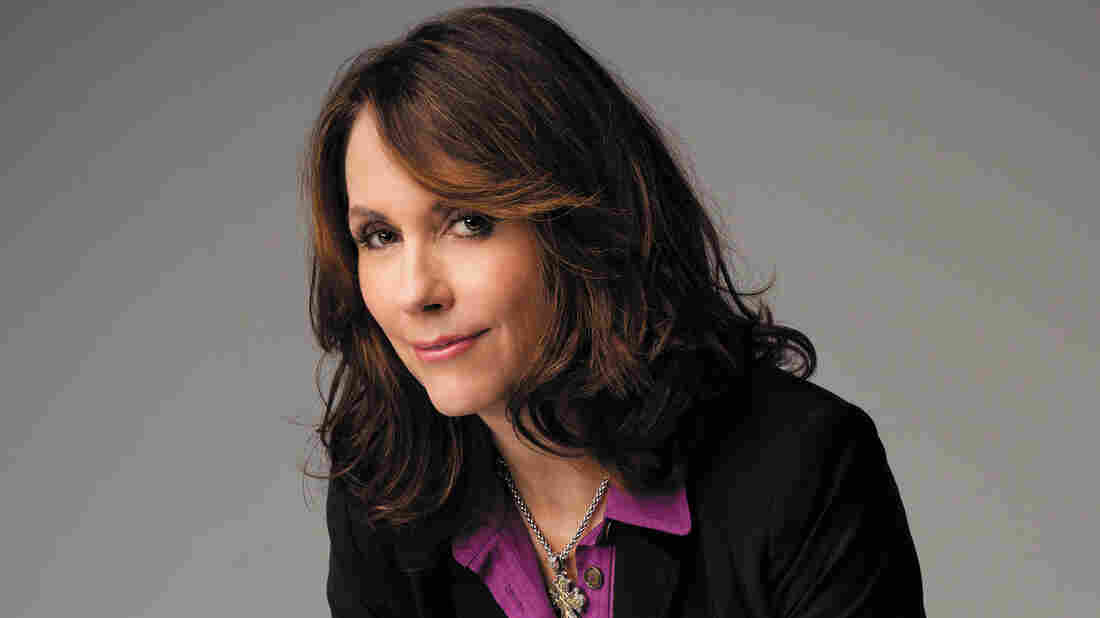 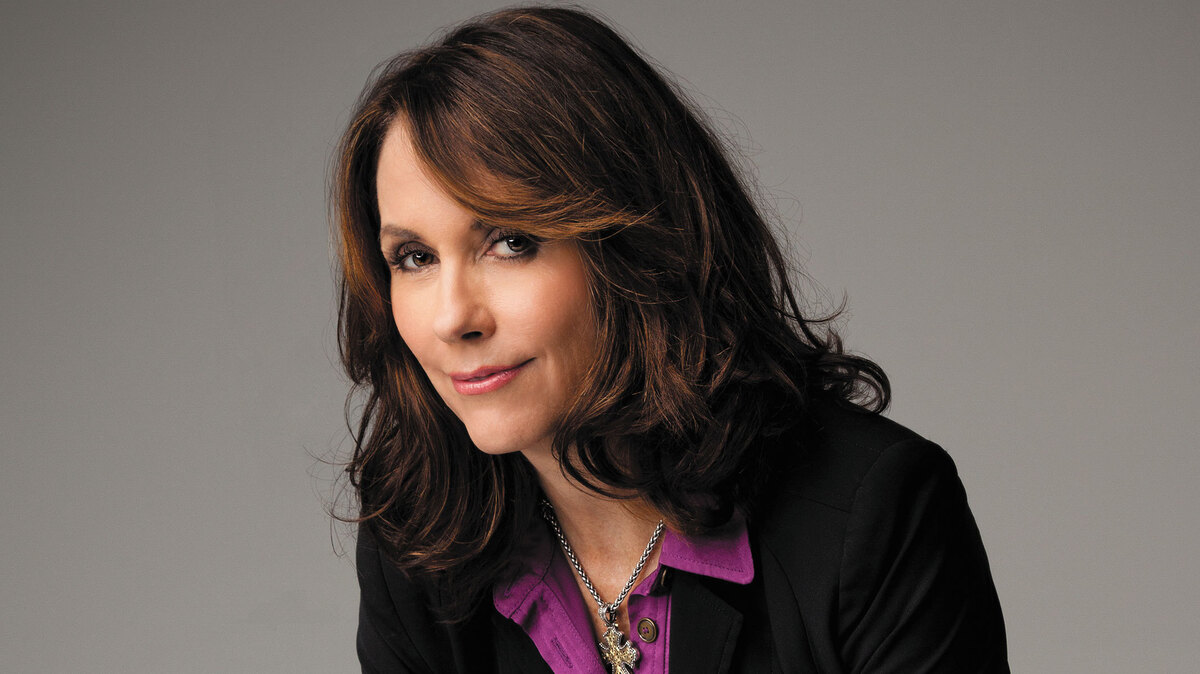 Author Mary Karr says she once broke her computer's delete key while writing a memoir.

Author Mary Karr has written three memoirs and is often credited with popularizing the genre, but she still jokes that hers is a "low-rent form."

"When I was in grad school, I remember Geoffrey Wolff saying [the memoir] was like inscribing the Lord's Prayer on a grain of rice," Karr tells Fresh Air's Terry Gross. "It was the province of weirdos and saints and film stars with fake boobs — or you could be a prime minister or something."

Karr is neither a film star nor a prime minister, but she has lived a dramatic life. Raised in east Texas by a father who gambled and an alcoholic mother who once tried to kill her with a butcher's knife, Karr struggled with alcoholism as an adult and briefly dated author David Foster Wallace. She published her first memoir, The Liar's Club, in 1995, and then followed up with two more, Cherry and Lit.

"Like a lot of memoirists, I had a tormented past and really started into this business, I think, to scratch at and rout out the truth of my less-than-perfect childhood," Karr explains. "I'm just somebody who scratches and picks and worries the bone of things over and over and over."

But despite her success with the genre, Karr admits that she often mistrusts memory. "I have no doubt that I've gotten a million things wrong and that someday some cavalry of people will ride into my life and say, 'This is so much horse dookie, we can't even believe it.' "

In her new book, The Art of Memoir, Karr reflects on the process of recounting personal stories and writing about loved ones without betraying them. When it comes to the latter, she says that, with a few exceptions, she doesn't spend time writing about despicable people. "When there's a jerk in the book, it's usually me," she says. "I'm the one I'm wrestling with." 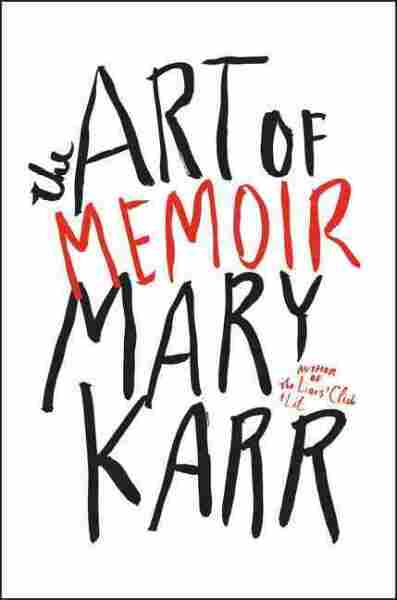 The Art of Memoir

On trusting her memory

I'm such a worrier and a nail-biter and a re-thinker. I've always sent my manuscripts out to people I write about, not because I'm afraid of landing all sweaty on Oprah, but because I kind of mistrust my own memories. Like most thinking people, you'll defend your point of view at the Thanksgiving table vigorously, and then I'm that person who goes home and lies in bed and thinks, "Did that really happen that way?" ... With Cherry I stopped putting things in quotation marks because I really wanted the reader to continue to understand or believe or think that he or she was in my head. This is my point of view, it's not objective history; it's memory, which is a faulty form in terms of reportage.

On loved ones' reactions to being portrayed in her memoirs

The interesting thing — other than one minor anecdote across three books, nobody has ever changed anything. ... I think it's two reasons. I think it's because my voice is very distinctive, so the reader never loses sight that this is my point of view. You're never not in my consciousness. It's not sort of written like journalism or reportage; it has a big interior surface. And I think it's because I have generous friends and family.

I actually broke the delete button off my keyboard writing that book, and I always say if I had any guts at all, I'd make a brooch out of it.

I threw away 1,200 finished pages, pages I could've published, that were publishable, because they sucked. There was something — it's not that I made stuff up, but there was something untrue about them. ... I actually broke the delete button off my keyboard writing that book, and I always say if I had any guts at all, I'd make a brooch out of it. It was really hard when I threw all of that away. I think I spent about four days in my pajamas and I saw nobody but the curry guy and I was just sobbing, and I thought I'd have to sell this apartment and give the advance money back to my publisher, I just cannot do this. Then I washed my face and put on my big-girl panties and started over writing what I should've been writing from page one. So I find the truth is not — it's not that I had made up events, I was just writing about stuff that wasn't emotionally resonant or important to me. It was more I was sort of telling jokey, cute anecdotes about all these guys I dated in my 20s, and it might have made a bunch of kind of medium crummy magazine articles, but it would've been of no interest to any sane reader.

On dating David Foster Wallace and writing about him in Lit

Believe me, I was still really devastated as anybody who had ever cared about him by his suicide; anybody who had ever talked him out of killing himself felt like a failure, obviously, and was devastated by that death. So David was very kindly treated. If I wanted to burn David's house down I could've done that and chose not to. And I didn't really go into what it was like in any great detail to date him, except that it was tumultuous and very short-lived. ... He was violent, he became violent when he was angry. I'm not the only woman he was violent with. It's common knowledge among women who dated him that he was violent. So we knew each other a long time, we were friends a long time, we got sober with a lot of the same people, but the amount of time that we dated was very short.

On the perception that David Foster Wallace hated fame

Let me correct something: David Foster Wallace wanted celebrity as much or more than any writer I've ever known, let me just correct that. David didn't like going out and being at the center of scrutiny, but David's ambition, if he could have strafe-bombed the planet — which is also true for me, by the way, I'm not talking from the other side of the street — I think most writers want to sell as many books as they can sell. You write because you want readers. So believe me, I had to talk David out of doing a Gap commercial at one point because I said, "Would Cormac McCarthy do it? Would Toni Morrison do it?"

I pray. I pray a lot. I'm somebody who has a big inner life, and for most of my life it had a lot of darkness in it, and for me prayer is a way of standing in a light. It's no more complicated than that. So I pray both for people and I do something called the Ignatian Exercises, which are a way of kind of looking at the end of every day at that day and examining places where you saw God, places where God was present for you. If you do that every day over a long period of time, you start to realize that the things you "value," the things that are supposed to be important to you are often just not that important. And the places that really are sustaining to you in a spiritual way are very surprising — they're not where you think they're going to be. ...

I pray all day. I pray a lot of the day. My instinct, Terry, is to kill everybody on the subway, that's my instinct. ... I'm not a nice person, not such a nice person. I grew up in a very complicated family, and I have impulse-control issues. I need prayer to keep myself awake in the present. ... In memoir you're projecting onto the landscape. For me, getting quiet in the center of myself keeps me from projecting so much onto the landscape, I hope. So if I find myself getting ramped up or worried or irritated, I will start praying for somebody else.