From Mexico Kidnappings To Eric Garner, Hererra Writes Poetry Of The Moment

From Mexico Kidnappings To Eric Garner, Hererra Writes Poetry Of The Moment 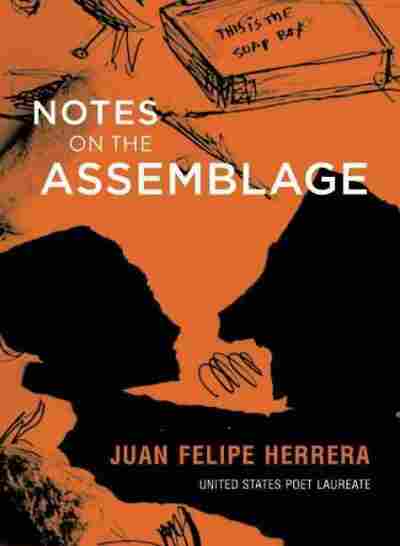 Notes on the Assemblage

Juan Felipe Herrera is at the top of his game. A writer who is engaged with the most pressing political and social issues of our moment, he believes (judging from his poems) in all kinds of expression, not just the kind that comes most naturally to him. That's a major qualification for his new job, which, after all, is about encouraging literacy and expression amongst Americans. (Plus, check out this video of him from 1973 looking really cool and playing a mean guitar.)

At 66, he's still cool. He served as California's Poet Laureate from 2012-2014, the first Latino poet to hold that post. He's also the first Latino to be U.S. Poet Laureate. He's the only child of migrant workers, and has five children of his own. He got his MFA from the Iowa Writer's Workshop, and comfortably straddles the line dividing poems of the page, and performance poetry, another useful qualification for his new job. His 2008 selected poems, Half the World In Light comes with a CD of him reading his work. Far from droning in "poet voice," he can whip an audience into to a frenzy. This is a Laureate who will use his term well.

Concurrent with his assumption of the Laureateship is his new book, Notes on the Assemblage, which shows off this writer's many strengths and varied capacities. It's a grab-bag of different poetic styles and modes, packed with humor, expansive delivery, and the kind of political fervor that is deeply rooted in the personal. These poems eschew punctuation and are cast in long, flowing lines. They use the power of language to leap out of the isolated self and make things happen in the world. It's protest poetry with an inner life.

Subject matter from the news — kidnapped Mexican students, Eric Garner, and the victims of South Carolina church massacre, for example — often ignite these poems, but tone carries them: Herrera tempers rage with a rare hopefulness. A poem dedicated to "all the dead" describes Eric Garner's "last words [that] were not words they/ were just breath/ askin' for breath they were just burnin' like me like/ we are all still burnin'." In lines like these, Herrera speaks credibly for a community that shares his anger and fear at the violence inflicted upon many Americans. That's hard to do — a poetic "we" often feels like a nobody, but not here. Herrera's speaker is just humble and particular enough to speak for anyone.

In the poem "White Dove — Found Outside Don Teryaki's," the speaker brings home an injured bird, nursing it back to health, only to find himself metaphorically probing the question of whether certain kinds of protection are really just forms of imprisonment: "If I release her she is going to/ stumble then Jack Hawk will shred her so/ I'll keep her in the cage — I tell myself." One could map this allegory onto many pressing issues — prison reform, police violence — and come up with disturbing conclusions.

Alongside his political concerns, Herrera also wonders about the nature and power of art, especially visual art, as in the poem "I Do Not Know What A Painting Does": "it looks back I think that is why you paint you are/ waiting for the thing-in-itself to come back to you to/ greet you in its odd oblong stunted manner its elegance/.../...you see that it is seeing you seeing you." For Herrera, art always has a moral dimension — he is a public, rather than a private, poet — but it is also a constant mirror for the self, though Herrera's self is always in part the product of politics. And yet, his wide-eyed amazement fortifies him with a joyful naivety with which he meets the world, happy to encounter it again and again.

After a series of elegies to dead poets and friends, a group of poems about visual art, and a bracing dramatic monologue about border-crossers trapped in a bus about to be inspected, Herrera relaxes toward the book's conclusion into a generalizing philosophical stance, almost into the voice of another kind of poet, not unlike the outgoing Laureate Charles Wright:

what are you going to do

with all this life for

This is deep yet accessible stuff, pertinent to all of this book's political concerns, yet metaphysical and existential in a basic way that any poetry reader can relate to. Herrera, who ambivalently describes himself in another poem as "One half Mexican the other half/ Mexican, then the half against itself," also posits himself as an everyman, as bewildered as the rest of us.

"Poem by Poem," the book's closing elegy to the victims of the South Carolina church shooting in June, is a very public entreaty to Americans to do good, however they can, on behalf of their fellow-citizens:

"you have a poem to offer

it is made of action—you must

search for it run

outside and give your life to it

when you find it walk it

carry it taller than the city where you live"

Isn't that the perfect note for the new national poet to sound at the outset of his term — he's ready to carry his poems tall on our behalf, and for us to join him.