Accessibility links
Review: Underachievers, 'Evermore: The Art Of Duality' The Flatbush, Brooklyn rap duo explores the concept of opposites, both complementary and contradictory, on their sophomore album. 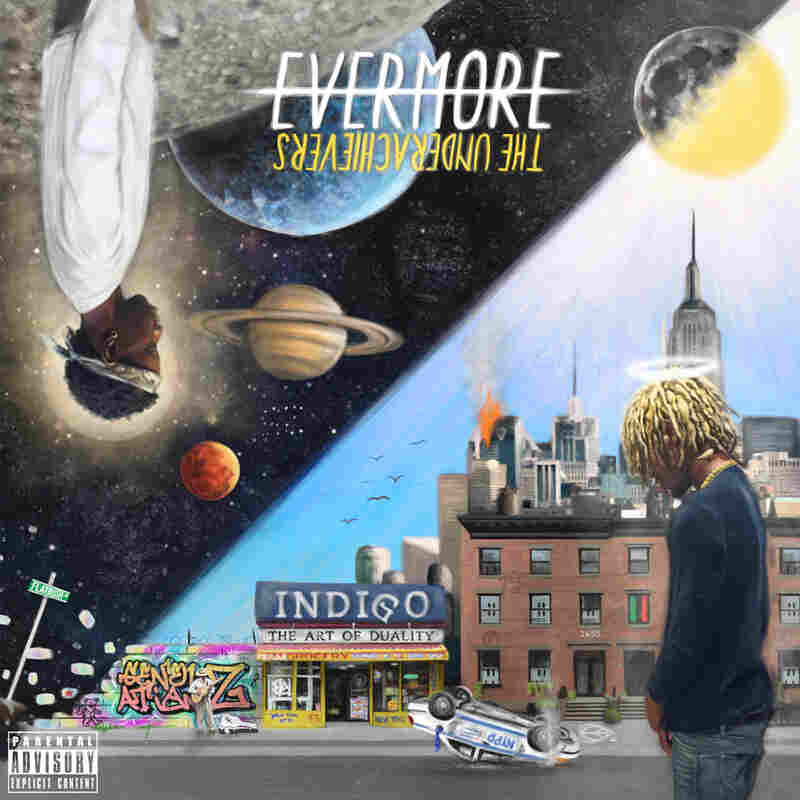 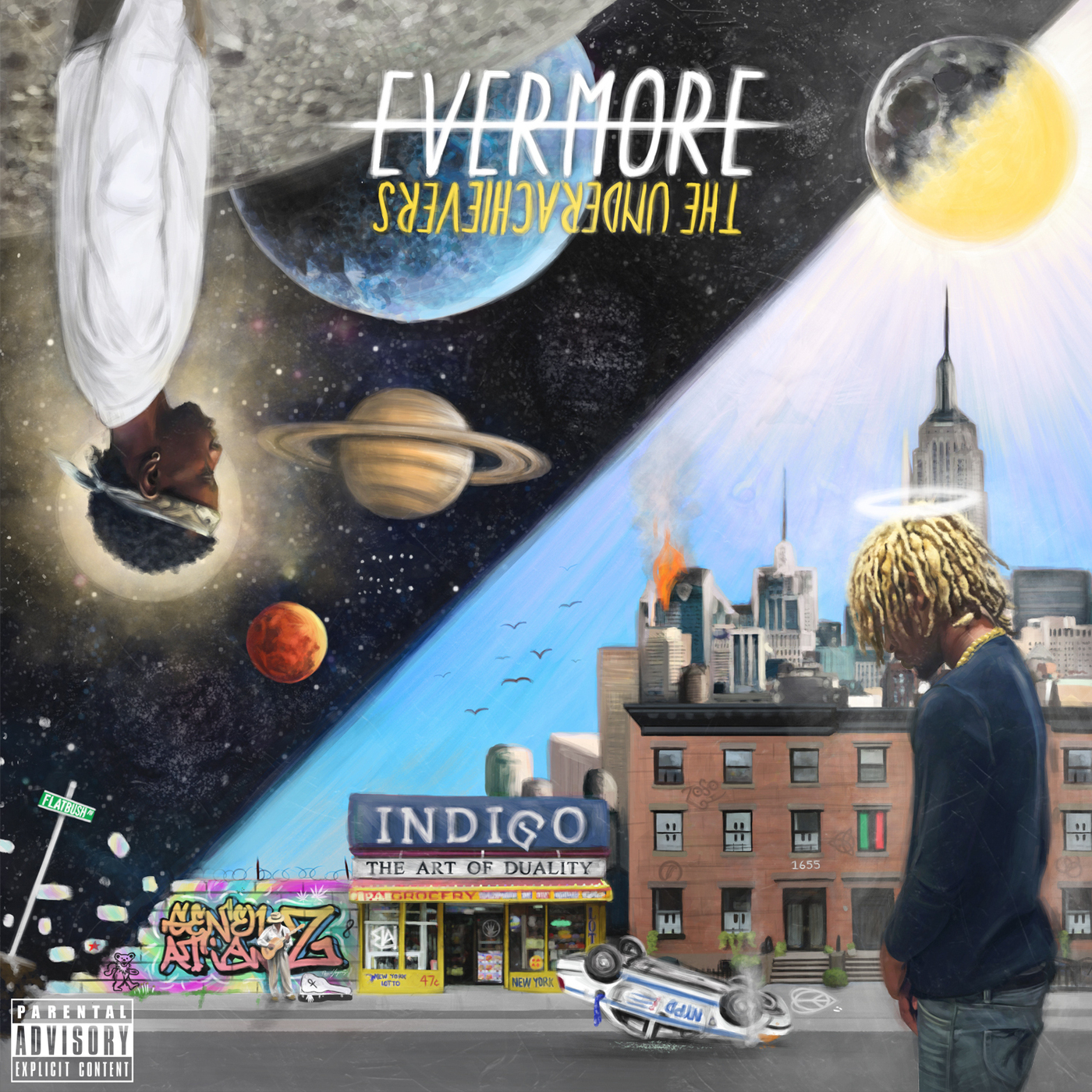 Cover for Evermore: The Art of Duality.

Unless you're mogul-turned-yogi Russell Simmons, hip-hop and New Age spirituality may seem like an odd combination, but for The Underachievers, rap and the quest for Enlightenment go together like Yin and Yang.

The Flatbush, Brooklyn duo of 25-year-old Issa Gold and 24-year-old AK are part of the same Beast Coast collective to which '90s revivalist Joey Badass and the psychedelic Flatbush Zombies belong and they also count forward-thinking beatsmith Flying Lotus and his Brainfeeder crew among their earliest supporters. But while they share the aforementioned artists' affinity for psychotropics like LSD, curiosity about the occult and self-identification as "indigo children" the Underachievers' own music and message are more explicitly philosophical.

As its title suggests, the Underachievers' sophomore album, Evermore: The Art of Duality, explores the concept of opposites: higher and lower self, body and mind, confusion and clarity, peace and war. The first half of Evermore, its "Phase I," is the lighter side of the record: mellow in mood and cerebral in subject matter. On the life-affirming "Brooklyn Way" Issa Gold spits, "Blessed to see a new day / young Indigos 'round the world, they relate / spreadin' the word, now we all gon' be straight / if we go and unite then we all could be great" before exhorting listeners to put their "hands up if you live for love." But the Underachievers avoid empty platitudes by getting autobiographical and letting us know that their own paths to self-discovery and positivity weren't necessarily straight and narrow. They get personal like never before on the confessional "Shine All Gold" where AK talks about his former gang affiliation and Issa recounts his teenage experimentation with cocaine and prescription pills: "Addiction lead to depression / and in depression, you taught some less-ons / if you listen and keep on pushin' / then the solution cause evolution."

It ain't hip to be labeled a hippie, so however conscious they may be, the Underachievers refuse to be present themselves as simply a pair of starry-eyed peaceniks. On the darker, more aggressive "Phase II" of the album they make it clear that they are products of the Brooklyn streets they were raised in and while their heads are in clouds they are still very much rooted in the real world. They warn that men of peace can become fierce warriors when threatened on the adrenaline-fueled "Generation Z." The second half of the album is the decidedly more physical part of the project. Beats from up-and-coming producers like Ashton Benz, Nick Léon and Lucas Savo go from the calm spaciness of the first side to the droning bass lines and triplet hi-hats du jour. AK and Issa complement the high energy tracks with brash attitude and intricate flows that would make a double-time rap master like Twista tip his hat.

This isn't turn up for turn ups' sake though; what the Underachievers are ultimately seeking is balance. "I think I've found middle ground / usin' my sound / spittin' lyrical / but still making bangers to move the crowd / contradiction to some but it's who I've become," says Issa on "Unconscious Monsters." As above, so below.