Accessibility links
How Former Gang Member Richard Cabral Went From Prison To Prime Time Cabral is up for an Emmy on Sunday, but it wasn't long ago that he was facing a possible 35-year sentence for violent assault. He says a program called Homeboy Industries helped turn his life around. 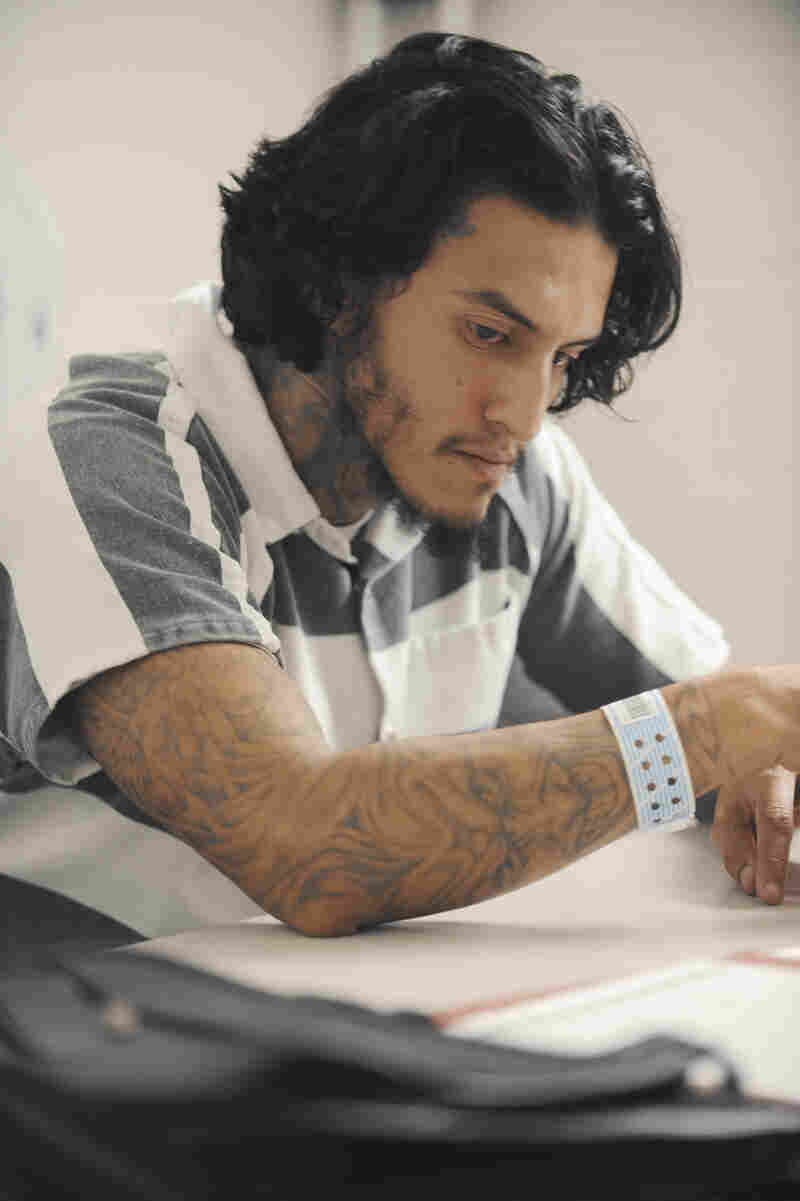 Cabral plays Hector Tontz, a former gangbanger implicated in a drug-related murder, in ABC's American Crime. It wasn't long ago that Cabral himself was facing a possible 35-year sentence for violent assault. Van Redin/ABC hide caption 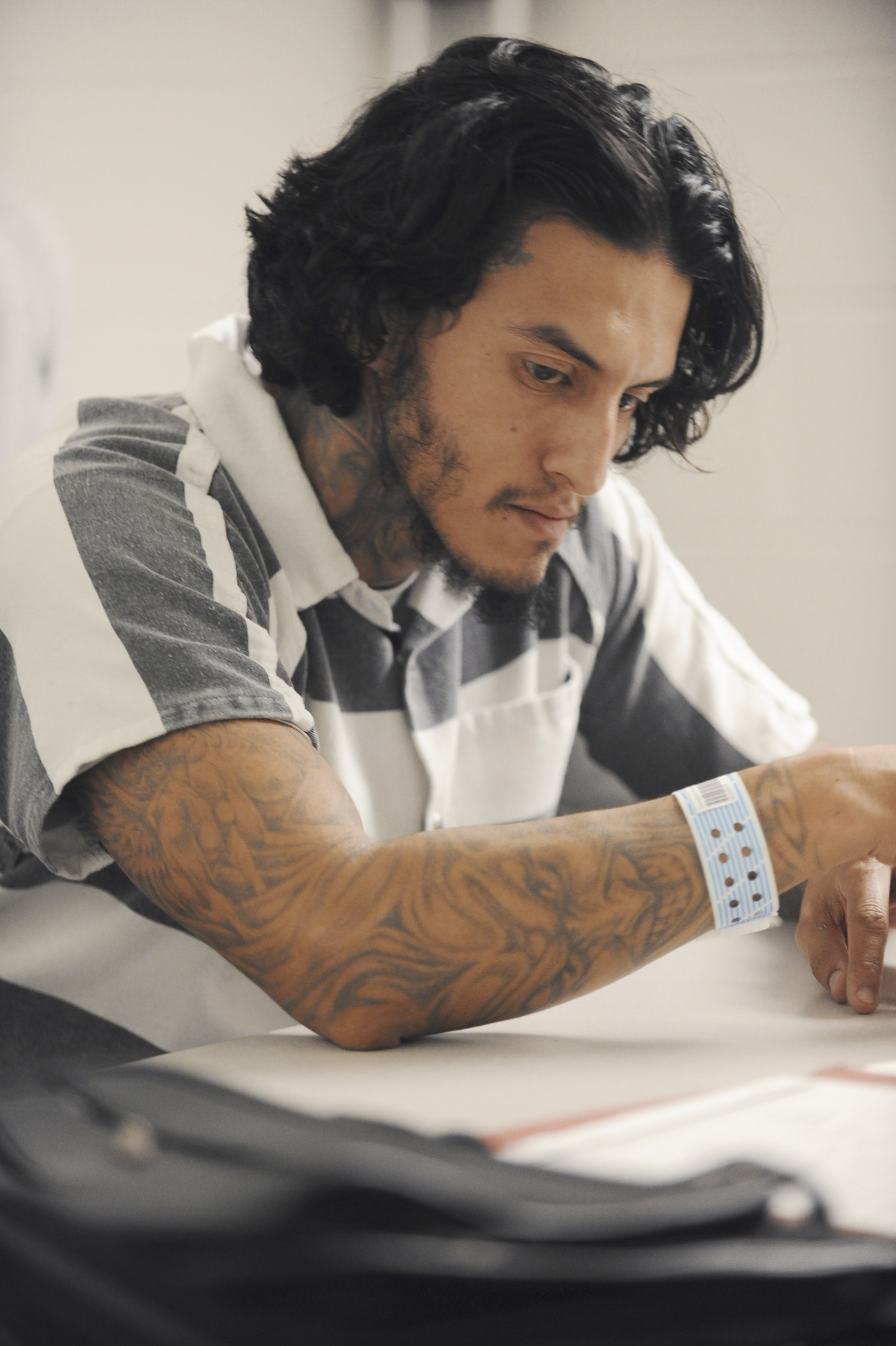 Cabral plays Hector Tontz, a former gangbanger implicated in a drug-related murder, in ABC's American Crime. It wasn't long ago that Cabral himself was facing a possible 35-year sentence for violent assault.

Richard Cabral's neck, chest and arms are covered with tattoos. They depict Mexican gang culture, his friends, uncles, even his daughter Bella. Cabral's intense look and his powerful acting have landed him a lot of TV roles, but his path to Hollywood wasn't easy. Not long ago, Cabral was a gang member in prison, facing a possible 35-year sentence; this Sunday, he's up for an Emmy.

In the ABC drama American Crime, Cabral plays a former gangbanger implicated in a drug-related murder. Cabral's character dreams of a new life with his wife and daughter, away from trouble. His story is remarkably similar to the 31-year-old actor's.

Cabral says he grew up in East L.A. without a father. He joined a street gang, and got addicted to crack and meth. When he was 13, he stole a wallet and was incarcerated for the first time.

"That was it," he recalls. "The breaking point to getting those cuffs behind my wrists, and just realizing: This ain't all that bad. Because all my male mentors had done that before, so I kind of knew it wasn't that bad."

Cabral says he went from juvenile hall to jail to prison for various crimes. Behind bars, he says, he found a sense of belonging. "There was men that I could share stories with," he says. "I knew where I was going to get my next meal at, where I'd rest my head at."

Cabral earned his GED and discovered storytelling. He began writing poetry, and rapped under his gang name, "Baby Jokes." On the outside, Cabral recorded his music and became a father. But at 20, he faced a life sentence for shooting a man.

"We were out there drinking ... " he says. "It was just ... some machismo BS. I just happened to have a gun on me that night. We got into that incident, and we end up just fighting. I remember bringing out that gun — and then I shot."

The man survived, and Cabral served time for violent assault with a weapon. He was 25 by the time he got out of prison. He had no outside work experience, but he was desperate to change his life. 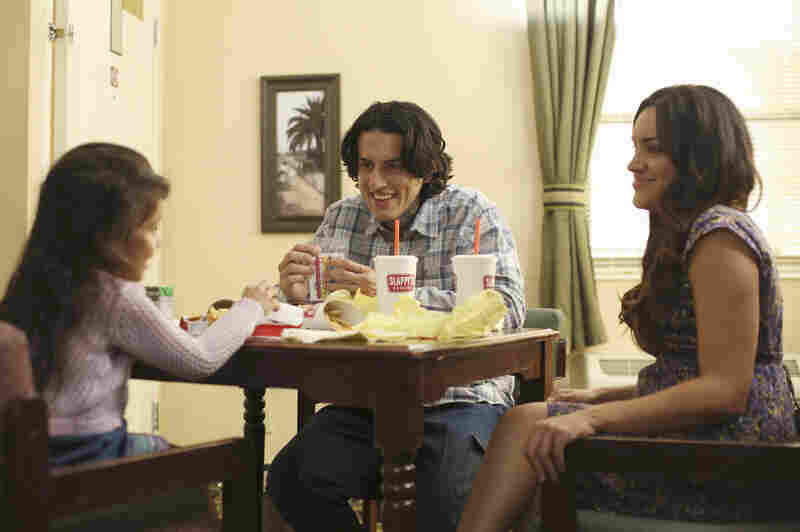 Cabral, shown above in American Crime, says it was painful to play a character whose experience mapped so closely to his own. Ryan Green/ABC hide caption 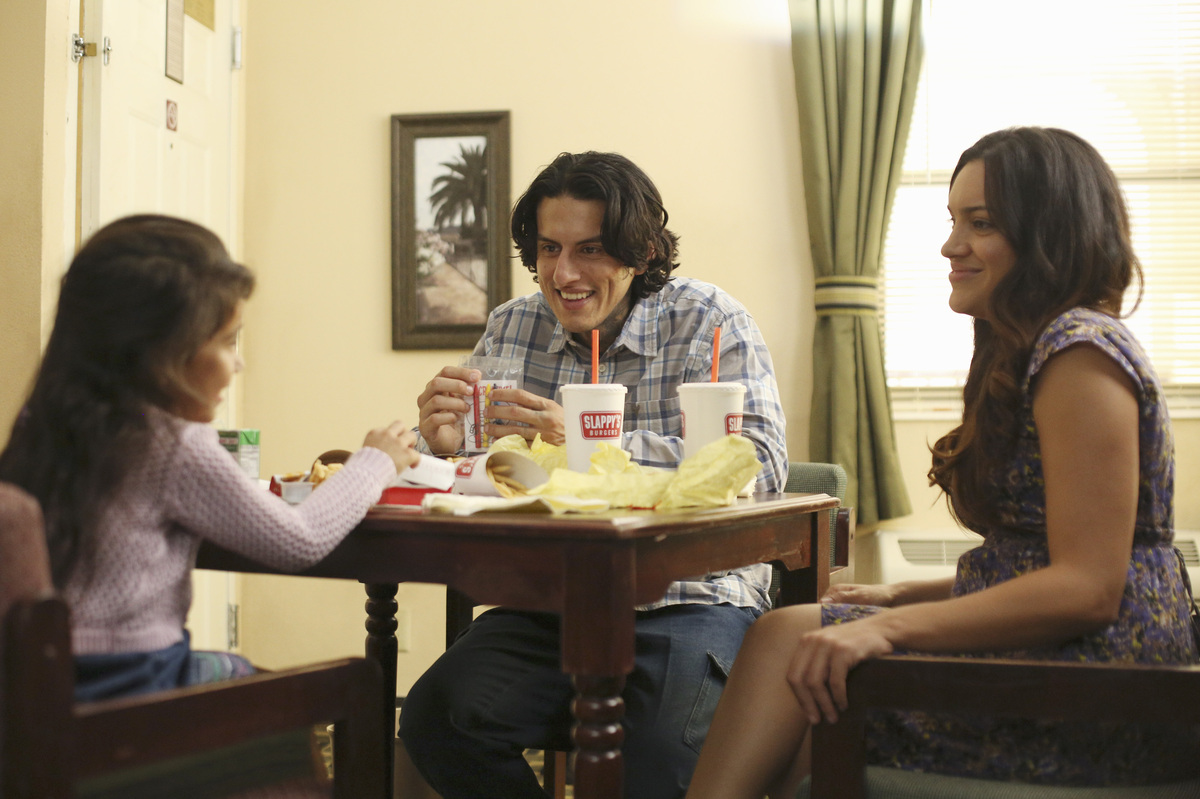 Cabral, shown above in American Crime, says it was painful to play a character whose experience mapped so closely to his own.

His friends recommended he check out Homeboy Industries, an L.A. gang-intervention program whose motto is "nothing stops a bullet like a job."

Cabral found himself in the Homeboy bakery, doing everything from washing dishes to baking muffins. Homeboy Industries had a connection with Central Casting, so Cabral would bake in the mornings and then head to auditions.

"I remember my first thing was CSI: Miami," he says. "I played a Cuban gangster. And that was it. I was like: Wow, I don't have to clean toilets. I could actually dress up and get paid equivalent to that. So that was my introduction into the Hollywood industry."

It wasn't long before he started getting speaking parts in shows such as Southland, and the film A Better Life. His performances brought complexity and three-dimensionality to some tough characters.

"Richard pulls off this thing where the audience member has this reverence for how complex this character is," says Father Greg Boyle, who founded and runs Homeboy Industries. "He's able to convince the audience: What if compassion was the response towards this character? And that's quite different."

'It Is About Truths': John Ridley On His New TV Show, 'American Crime'

Salvador Sanchez, an ex-gang member who is now a photographer for Homeboy Industries, agrees. He says Hollywood glamorizes and overemphasizes gang life. "It's kind of cheesy almost," says Sanchez. "Richard brings the real. It's the truth. I lived it, and so I know. He's acting, but he's not."

Sanchez and Boyle say they hope Cabral gets to play roles other than gang members. But Cabral says it's been important to represent his reality, as he did on American Crime.

"It was just showing the pain we go through," Cabral says of his performance, for which he was nominated for an Emmy Award. "And this is not like, oh, yeah, I lived it, so" — he snaps his fingers — "I got this. No, man, it was a sacrifice, and I really had to go to a deep, dark place. But I'm honored that I showed that other side."

Up next for Cabral: a role in a Mel Gibson movie, the second season of American Crime, and his own one-man theater show.