Accessibility links
A Place For Straight Spouses After Their Mate Comes Out Of The Closet When men and women who have been in heterosexual marriages come out of the closet, it can be traumatic for the spouse. The partners left behind often find themselves wondering where to turn for help. 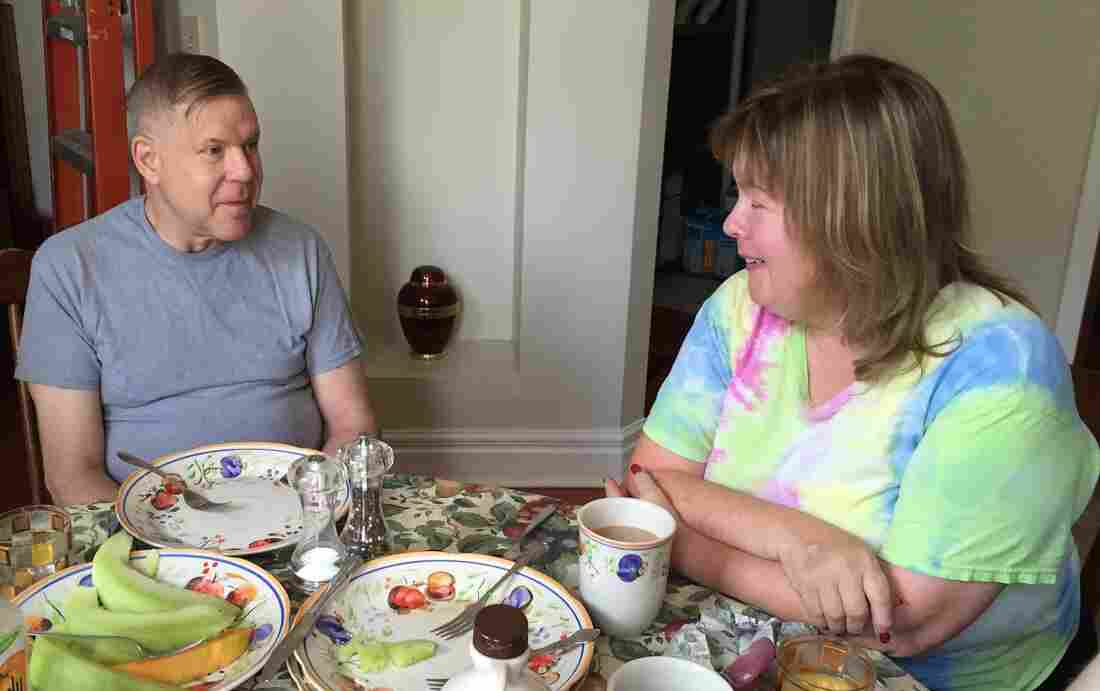 Betty and Jeff Waite enjoy family brunch with their sons. The Waites say they were happily married for 17 years before Jeff told Betty he was questioning his sexuality. The news came as a shock to her, as it does to many men and women who learn their spouse is gay. Cheri Lawson/WNKU hide caption 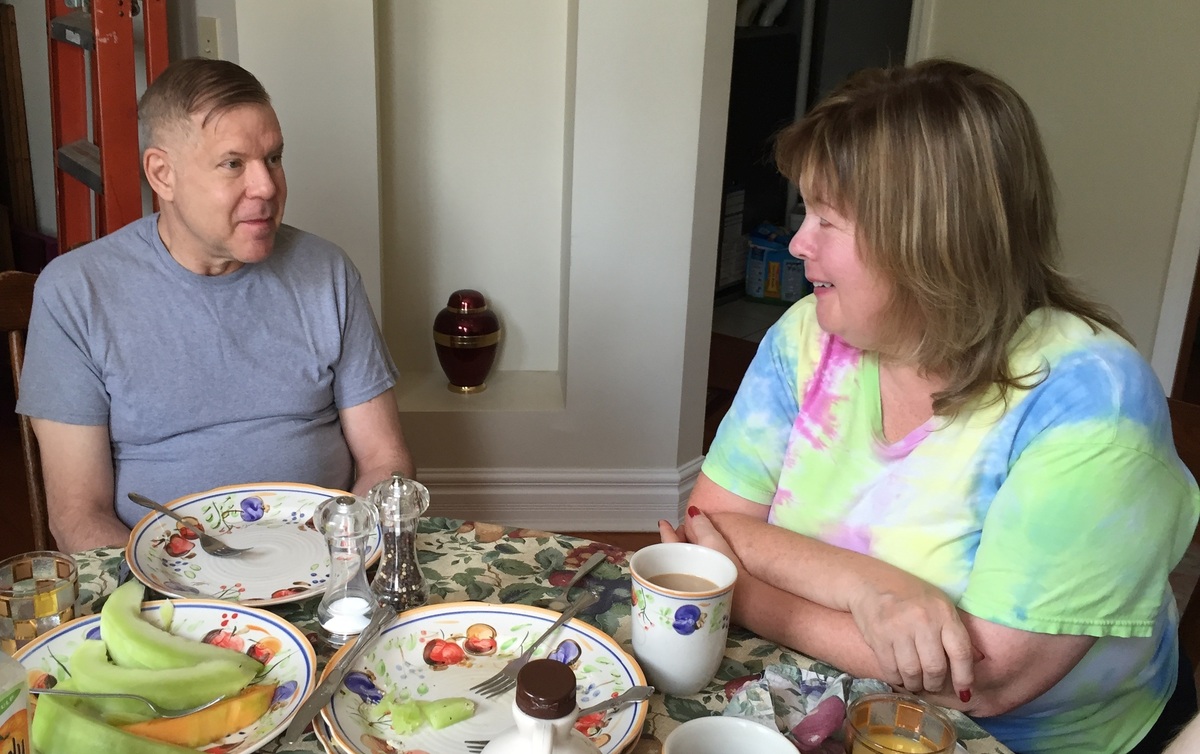 Betty and Jeff Waite enjoy family brunch with their sons. The Waites say they were happily married for 17 years before Jeff told Betty he was questioning his sexuality. The news came as a shock to her, as it does to many men and women who learn their spouse is gay.

Betty and Jeff Waite and their 20-something sons gather a couple times a month for a meal. On a recent Sunday afternoon, 56-year-old Betty served up a platter of bacon, French toast, orange juice and coffee at a family brunch.

The Waites say they were happily married for 17 years. Before their divorce, they were raising their three boys in suburban Cincinnati, when Jeff told Betty he was questioning his sexuality.

"I went into the marriage very determined not to be gay," he says. "I wanted children. I wanted a traditional life."

But Jeff is gay and the news shocked Betty. She loved her husband.

"My first reaction was concern for my husband, because he was sure that I was gonna throw him out of the house and he was disconsolate," she says.

Jeff felt guilty but received support even from Betty's family for coming out.

Society's increasing acceptance of gays and lesbians and the Supreme Court ruling in June that legalized same-sex marriage have focused attention on sexual orientation. And when men and women who have been in heterosexual marriages come out of the closet, the partners they leave behind often find themselves wondering where to turn.

Spouses like Betty Waite often feel confused and betrayed when their partners announce they're gay.

"It distorted my sense of reality," she says. "If I was so wrong about that aspect of him, what else was I wrong about? And I questioned my ability to make any judgment about any person ever again."

When they divorced, Betty became what's known as the straight spouse. It's a phenomenon that affects a lot of people. Studies indicate nearly 4 percent of Americans identify as lesbian, gay or bisexual.

Betty's situation is similar to Grace and Frankie, fictional characters in the Netflix series that focuses on those often forgotten after a same-sex marriage. In the show, Jane Fonda and Lily Tomlin play women whose husbands, after 40 years, decide they want to marry each other.

Michigan-based sex therapist Joe Kort says there's a definite increase in straight spouses, those people who discover they've married someone who is not straight.

Maps: What The Supreme Court's Ruling On Same-Sex Marriage Could Mean

"It's like a betrayal. It's trauma, horrible trauma, to the spouse," Kort says. "What I try to do with all of these spouses is help them not build an identity around being the victim of this."

Straight spouses are the "victims of the victims of homophobia," says Amity Pierce Buxton. She started the Straight Spouse Network, a worldwide peer-led support group, two decades ago after her husband of 25 years came out.

"These gay or lesbian, bisexual and transgender people were told by their churches or communities or parents or families that the right thing to do is to marry someone of the opposite gender, and most of them love the people they marry," she says. "It's just that they weren't being true to themselves."

The Straight Spouse Network is based in Chicago and had averaged about 3,000 requests for support each year. Since the Supreme Court ruling in June and the attention given to Caitlyn Jenner, it is seeing almost twice as many calls a day.