Accessibility links
Awesome Tips, Dude: Denver May Allow Pot In Bars, Restaurants Pot is legal in Colorado, but the capitol city has outlawed pot bars like those in Amsterdam, leaving tourists who flock to Denver to get high with no legal place to do so. But that may change soon. 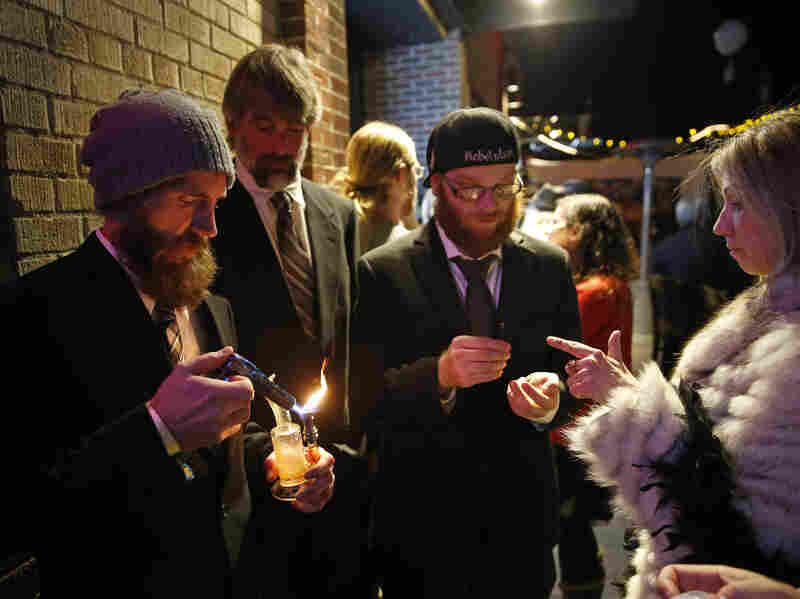 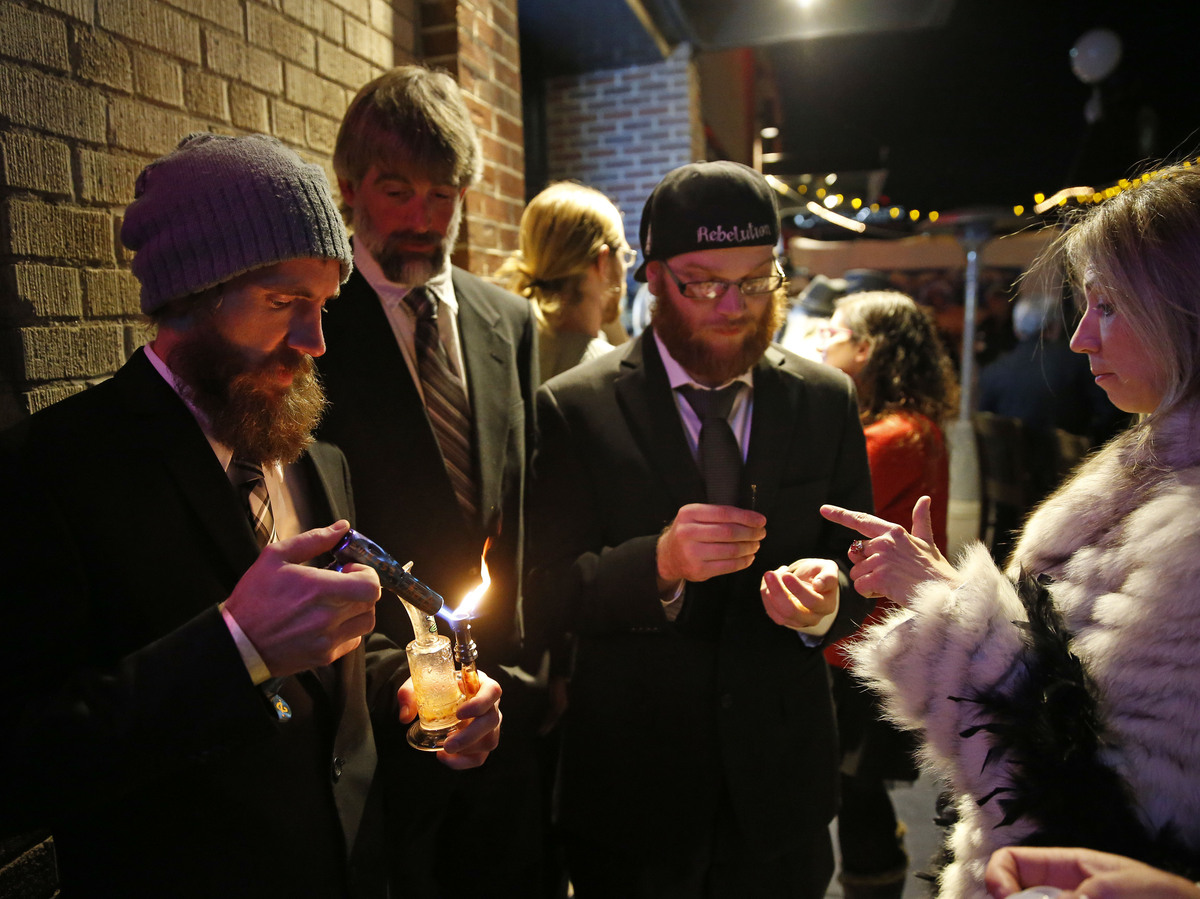 Partygoers attend a Prohibition-era themed New Year's Eve party celebrating the start of retail pot sales, at a bar in Denver on Dec. 31, 2013.

Imagine a city with hundreds of liquor stores but no bars to drink in. That's the situation for marijuana in Denver.

Pot is legal in Colorado, but the capital city has outlawed pot bars like those in Amsterdam, leaving the tourists who flock to Denver to get high with no legal place to do so. But the city is trying to find a solution.

There's dizzying array of pot for all tastes. Anything a customer could want — except a place to use it, if you don't have a home in Colorado.

Mason has to inform tourists there's no smoking in the store or on the street or in parks or in most hotels.

"So I tell them it's up to their discretion as to what they want to do with that information, basically," she says. "I can't tell anybody to break the law. That would not be a very good employee."

Consequently, many tourists have turned to edible marijuana, which is more discrete — nearly 5 million edibles were consumed in Colorado last year.

But Tom Shoulders, who road tripped to Denver with a friend from California, wants to smoke it.

"I'd be polite about it, you know," Shoulders says. "I wouldn't be doing it obnoxiously on this tourist street out front, but I'll just go around the corner. No one's going to care, dude."

This is not what pot advocates had in mind when they promoted legalized marijuana. So they collected signatures to put yet another measure on the ballot, this time allowing pot use at many bars and restaurants in Denver.

"Our intention with pursuing this initiative was to reduce the likelihood that adults would consume marijuana publically, on the streets or in parks and instead consume it in private establishments," says Mason Tvert, with the campaign, standing in front of city hall.

But in an odd twist, Tvert was there to pull the measure from the ballot. That's because the city surprisingly came to his group looking for a negotiated solution, he says.

"It's been too many years that it's been the people trying to pass these laws and the city resisting it," Tvert says. "We were very excited to be able to work with the city together to create a policy that everyone agrees is the best step forward."

It was city Councilman Albus Brooks — with lots of nervous bar and restaurant owners in his district — who reached out to the marijuana advocates. They got his attention — and now the city is working on crafting a pot club ordinance. Brooks wouldn't go into detail about what he envisions. And it's still not clear how the city will address concerns about stoned driving.

As Brooks sits on a bench in a park near his home, children are playing on a nearby swing set, adults are at picnic tables and the smell of marijuana is in the air. Kids, he says, shouldn't be exposed to this.

"The ones playing in the playground right here are the ones I think about, and we are ... putting together legislation for their future so it has to be thoughtful," Brooks says.

Which means it could take months, leaving many with nowhere to use.

Like Nick Kissinger, from Wisconsin. He left the LoDo Wellness pot shop confused as to what to do with his purchase.

"To remain within the confines of the law, yeah that's a problem," he says. "I guess you got to break the law, I mean they should change that."