Accessibility links
An Ex-Lawman On A Lonely Mission: Bringing The Police To Justice If you called him obsessive, former Utah Sheriff "Dub" Lawrence wouldn't disagree. For decades, he's been chipping away at cold cases — and his biggest challenge: what he sees as police impunity. 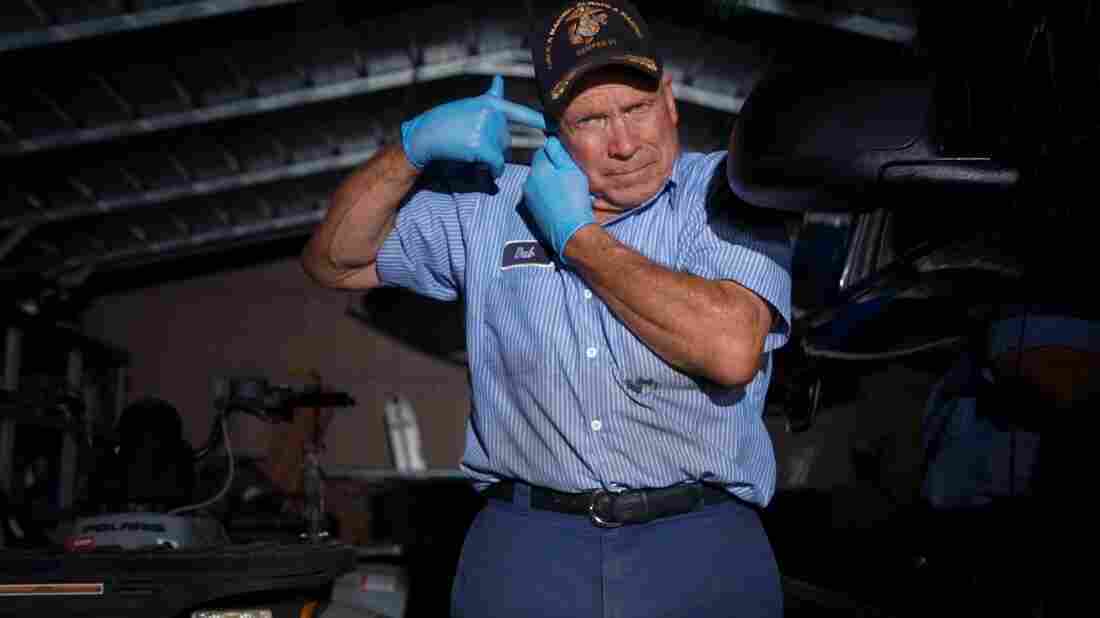 Former Sheriff William "Dub" Lawrence, in a scene from the documentary Peace Officer. It's not his job to investigate old crimes and officer-involved shootings — but that hasn't stopped him from obsessing over them. Courtesy of the artist hide caption 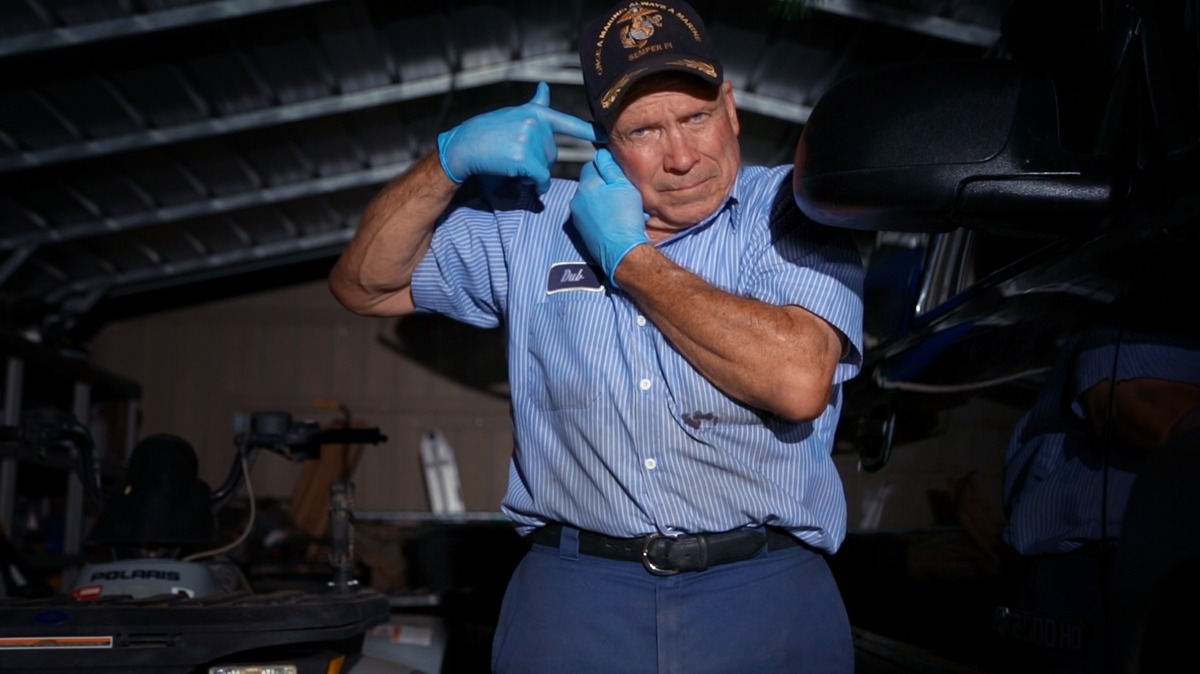 Former Sheriff William "Dub" Lawrence, in a scene from the documentary Peace Officer. It's not his job to investigate old crimes and officer-involved shootings — but that hasn't stopped him from obsessing over them.

At the heart of Peace Officer, a new documentary out this month, stands a man named William "Dub" Lawrence. A former sheriff, Lawrence comes off as a somber figure — a man capable of calmly reconstructing the death of his suicidal son-in-law, who was shot in a standoff with a SWAT team in 2008.

But when you meet Lawrence, it's impossible not to note just how much the man grins — as in, big, toothy, Jimmy Carter-level grins.

"That's my best weapon," he says. "If I smile, they will usually not punch me in the face."

Lawrence has another thing in common with Jimmy Carter: He also served just one term. From 1975-79, Lawrence was sheriff of Davis County, just north of Salt Lake City in Utah. His election in 1974 was a surprise — he was a political neophyte — and he wasn't able to repeat the victory in 1978. After losing his re-election bid, he moved on to other kinds of work — installing dishes for satellite TV, teaching school, repairing water pumps. He hasn't worn a badge in decades.

And yet, you get the sense he never really left police work behind.

For instance: "I have a bone in my truck that may be a human bone," he says. That's because, in his spare time, he searches a nearby canyon for victims of Ted Bundy, the serial killer who came through Davis County when Lawrence was sheriff. Some of Bundy's presumed victims were never found.

"I've never given up! That happened on my watch," Lawrence says.

He's found a few bones, though so far they've always turned out to be from animals. But he keeps looking.

If that sounds like the behavior of an obsessive, Lawrence won't argue with you. He admits to obsessing over dozens of old cases. In his office, there's a whole wall covered with papers bearing the cases' names. And down in a hangar, he's been obsessing over a silver Subaru — and the holes left by policemen's bullets. 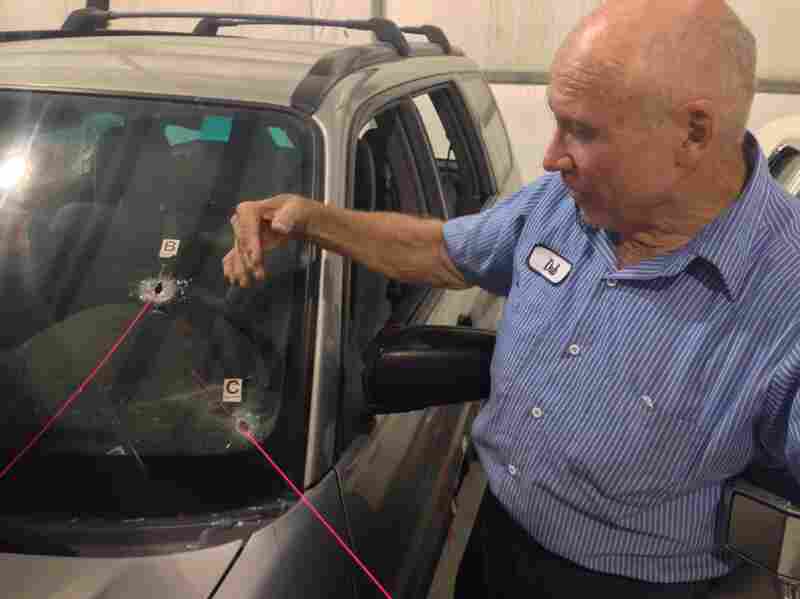 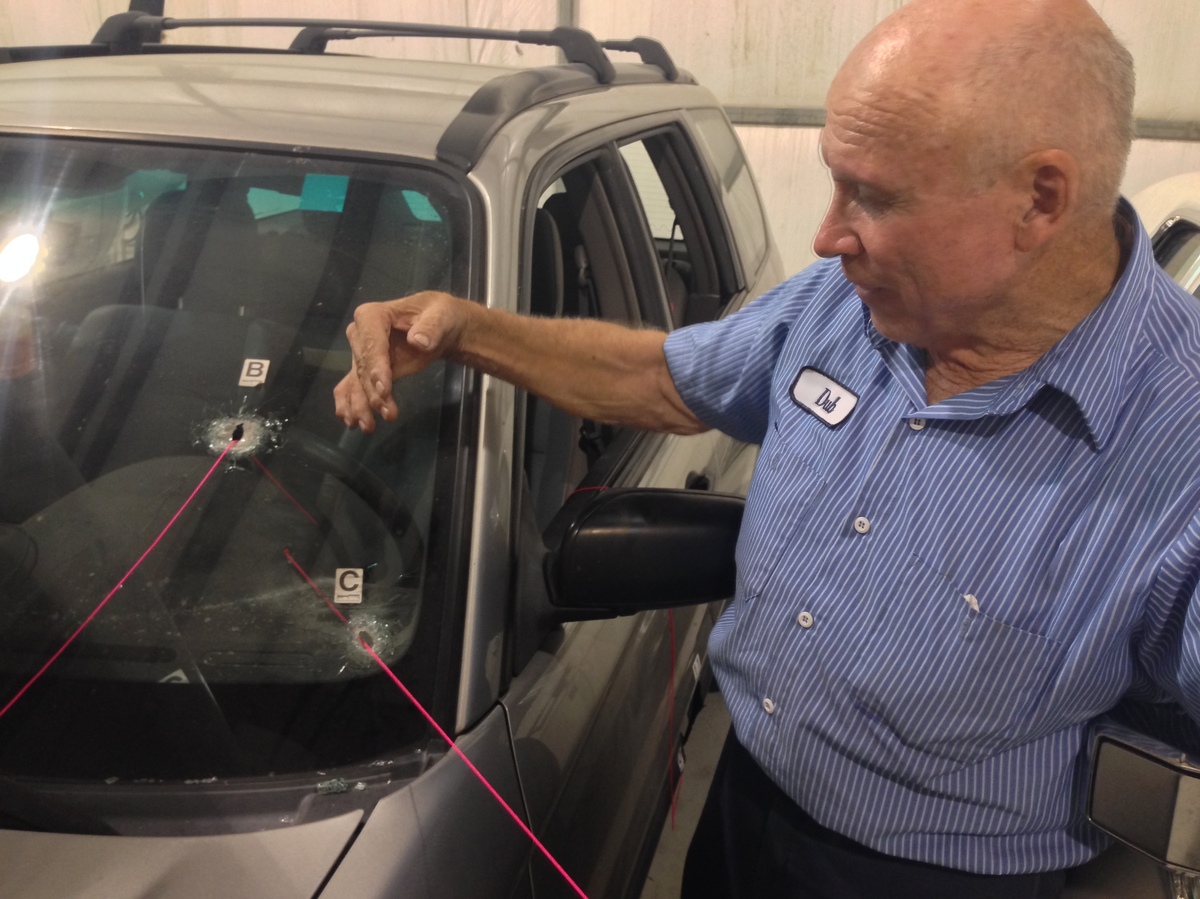 Dub Lawrence, in his hangar outside Salt Lake City, reconstructs the paths of bullets two police officers shot into Danielle Willard's Subaru, resulting in her death.

It's the car a 21-year-old woman named Danielle Willard was driving when she was shot dead by plainclothes police in 2012. It was a drug bust gone bad. And while the Salt Lake district attorney tried to prosecute one of officers, the case was dismissed for lack of evidence.

But Dub Lawrence thought he could find evidence the prosecutors missed. He got the dead woman's family to let him take the car and reconstruct the shooting.

Sitting in his hangar, the car is a grim time capsule of the day Willard died. There's still a box of hardened donuts in the back seat. The passenger seat is stained with her blood and sprinkled with glass.

To Lawrence, this car represents what he sees as the impunity of police who are too quick to pull the trigger.

"An officer can commit a crime that's exactly the same thing that I commit. I get life in prison, and the officer gets a paid vacation for six months and gets back to work," he says. "I mean, that's absurd."

Still, one has to wonder what the point of all this is. After all, Willard's family got a settlement, and new criminal charges against the police seem unlikely. The prosecutors weren't even aware Lawrence had the Subaru.

Building Trust, Or Danger? Debate Over Naming Officers After Shootings

But he shakes this off; he says he has a bigger goal: "Transparency."

He's hoping to change the system. To make it harder for police to cover up future mistakes, and easier for prosecutors to charge them.

"Citizens in officer-involved shootings quite often are not receiving any kind of justice," he says. Asked why it's his job to make sure they do, he laughs. "It isn't," he admits.

It isn't his job, and frankly it's hard to see how his obsessive reconstructions have made any real difference in these cases. And yet this former sheriff-turned-pump repairman has become a kind of symbol for the families of people killed by police in Utah.

And he keeps pushing. He says he wants to set up Danielle Willard's Subaru in the rotunda of the state Capitol — with his stretched-out red threads showing the path of each policeman's bullet. That's not about to happen.

But Dub Lawrence is so intense about the possibility — and his grin is so insistent — that you're almost willing to believe he might pull it off.