Accessibility links
Review: Cast Recording, 'Hamilton' Don't call Hamilton unlikely: Lin-Manuel Miranda's lauded musical about the life of the Founding Father is Broadway crafted by an artist who knows rap to be our cultural lingua franca. 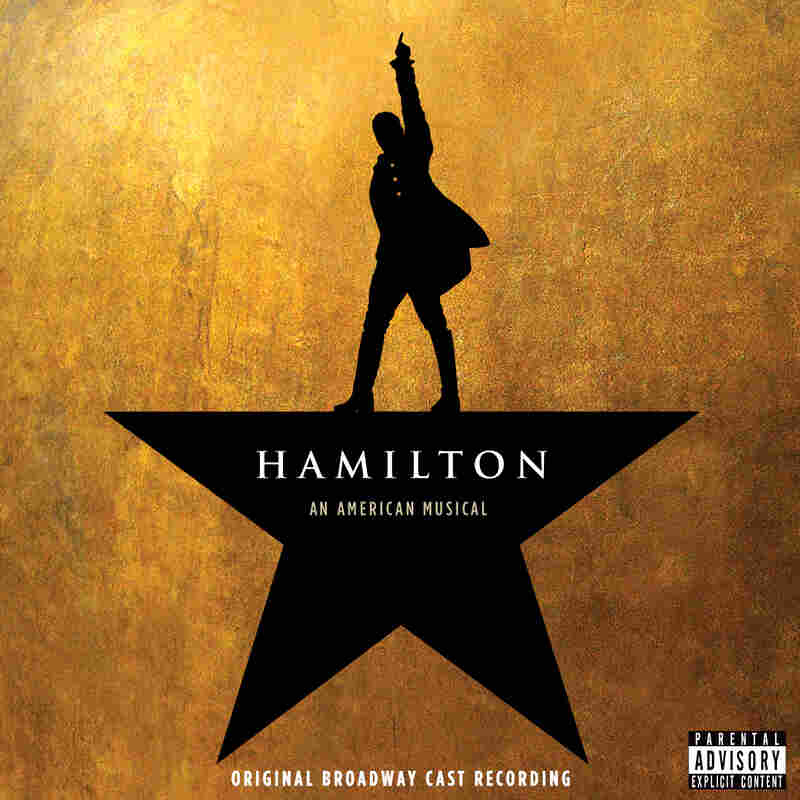 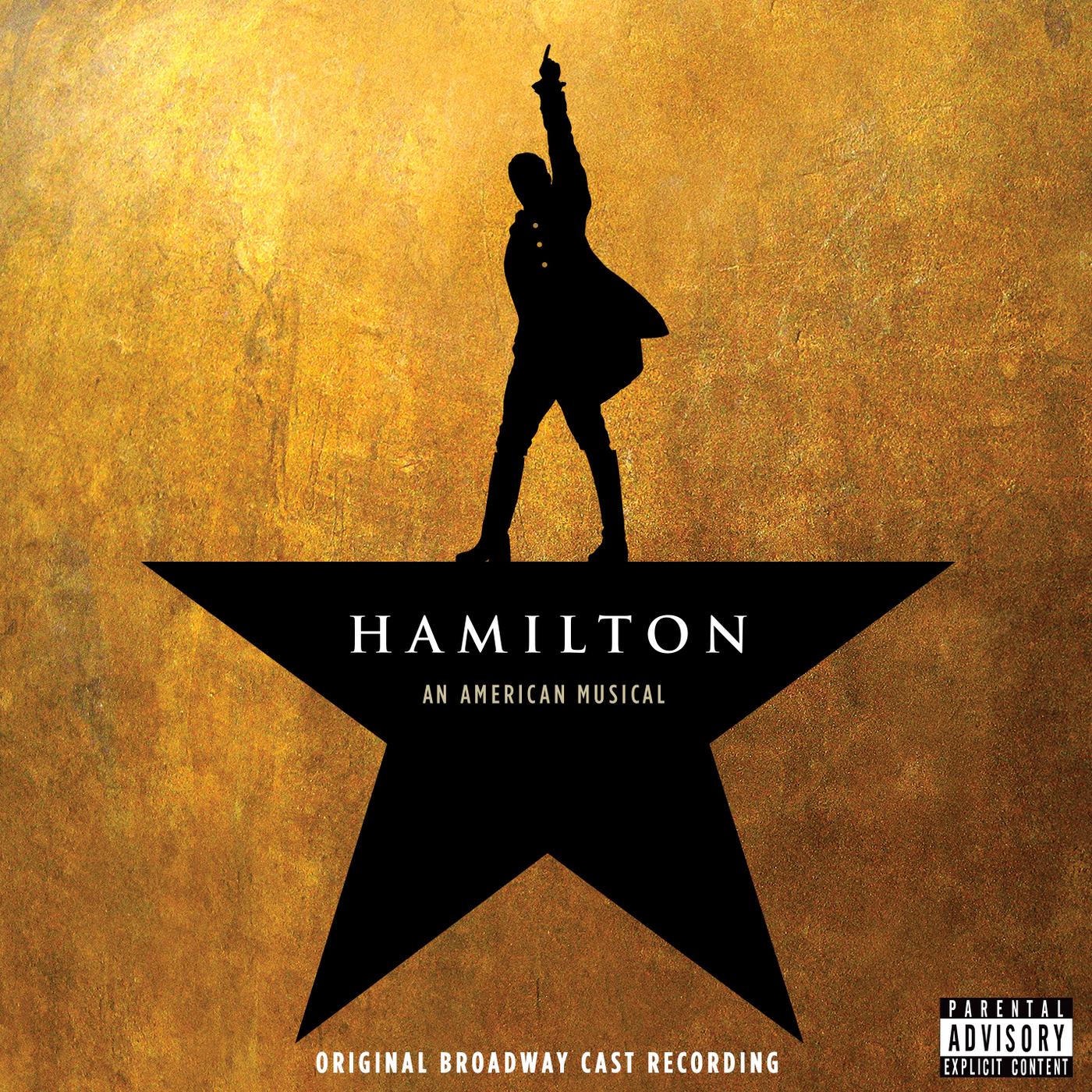 Here we are not going to begin with the premise that Hamilton, bona fide talk of the town, is unlikely. Hamilton was only a matter of time. If we're truthful, it's late. Disney should have made bank off this idea. A musical animated by the most popular music of the past 30 years, which casts the Founding Fathers as a crew of skirt-chasing, workaholic, competitive twenty-somethings with mile-high ambitions and everything to prove, was the next natural step after Aladdin, but nope, and that was in 1992. All the well-heeled people in the fancy seats Atlantic Records put me in were not at all perturbed by people of color rapping at the Richard Rogers. I don't even think they were voyeuristic, or here for the party. I think they were ready. The gentleman next to me said he couldn't get enough of the energy. He was happy like a man who sees an oasis.

From where I sit, which has never before been as close to the stage as I was that night, Broadway, like most media, needs hip-hop more than hip-hop needs it. From the handful of musicals I've seen, I understand that the form is omnivorous, and that the jokes often rely on the audience's awareness of additional, extra-musical contemporary cultural operations. Hamilton raids almost everything and in so doing acknowledges a few other silent majorities: people who are curious and widely read, people who don't suppose that loving hip-hop culture and those who make it precludes the reading of historical biographies or other means of self-education, people who don't suppose that getting enough money to be able to afford Broadway's hottest ticket adds a layer of irony to their rousing whoop for the home team when Alexander Hamilton and the Marquis de Lafayette look to the crowd and say, "Immigrants: We get the job done."

But Hamilton is also very specific. As much as it's plainly American history told through the life and times of a singular person, it's also rap as understood by one Lin-Manuel Miranda, who was born in 1980 and grew up in New York City and went to Wesleyan, with all that man's nostalgia and associations and vernacular. The songs he wrote for Hamilton are not rap songs. This is musical theater made by someone who knows rap to be all our cultural lingua franca, whose sense of humor is legible to people like us. It is songwriting done within rap's regulations and limitations. It's a work of historical fiction that honors the sentiments of rap, a play off collective memory that feels overwhelming personal.

I felt raw watching it, like 20 feet from Miranda's enormously earnest eyes ("It's like he really cares what we think," said my neighbor, who I'd begun to suspect should maybe have bailed on Broadway a long time ago). I can't bring myself to bang this record in my car. I am not unable to prevent my ass from shaking when I listen to these tracks; I put it on and get lost in it like a book on tape or a really dope podcast, laughing by myself in the frozen aisle at Trader Joe's when the love song, "Helpless," references a Trina and Mannie Fresh song, "Da Club." I realize that I now know more about Alexander Hamilton's sister-in-law than is strictly necessary for my job.

Listening-only is how Hamilton will be experienced by most people. Miranda has certainly made it easy — there's no line of dialog said onstage that isn't on the tracks below. And maybe that's even better — without seeing Daveed Diggs' Thomas Jefferson work the crowd, you can imagine him however you want. Isn't that the knock on Disney anyway, that they stole our imaginations?

You'll only take a couple losses if you can't see Hamilton with your own eyes, King George being the biggest. When I saw the show, Jonathan Groff was so absurd he made Leslie Odom Jr., playing Aaron Burr, break with a particularly well-executed shoulder shimmy. Revivifying that guy as a louche party boy, insouciant in the face of his first rejection in life, felt like an actual upset applecart, a way of looking through a historical figure that I'd never considered before. When you listen to Groff sing those lines, just trust he murdered the dance floor. Also Anthony Ramos, as first John Laurens and then Hamilton's son Philip: When he raps a little something he wrote to his often-absent father, the idea of rap as a form of writing that could be a life's work surfaces. The respect given there to fathers whose work is rap alongside the empathy for kids missing a parent felt new and necessary and I was grateful.

But even without choreography, the music here is stuffed with Easter eggs and asides and nods, as is much of the hip-hop canon. But the tone and taste isn't the story. Lin-Manuel Miranda's Alexander Hamilton is made recognizable by an understanding of the world in which Americans are by rights charged with making the thing that should already exist. When we see a high school production of Hamilton, then we'll know it's real.