Accessibility links
Some Kids' Books Are Worth The Wait: 'They Do Take Time,' Says Kevin Henkes The Caldecott and Newbery award-winning author says he won't publish anything he isn't proud of. His new picture book is about five figurines on a windowsill who are all waiting for something. 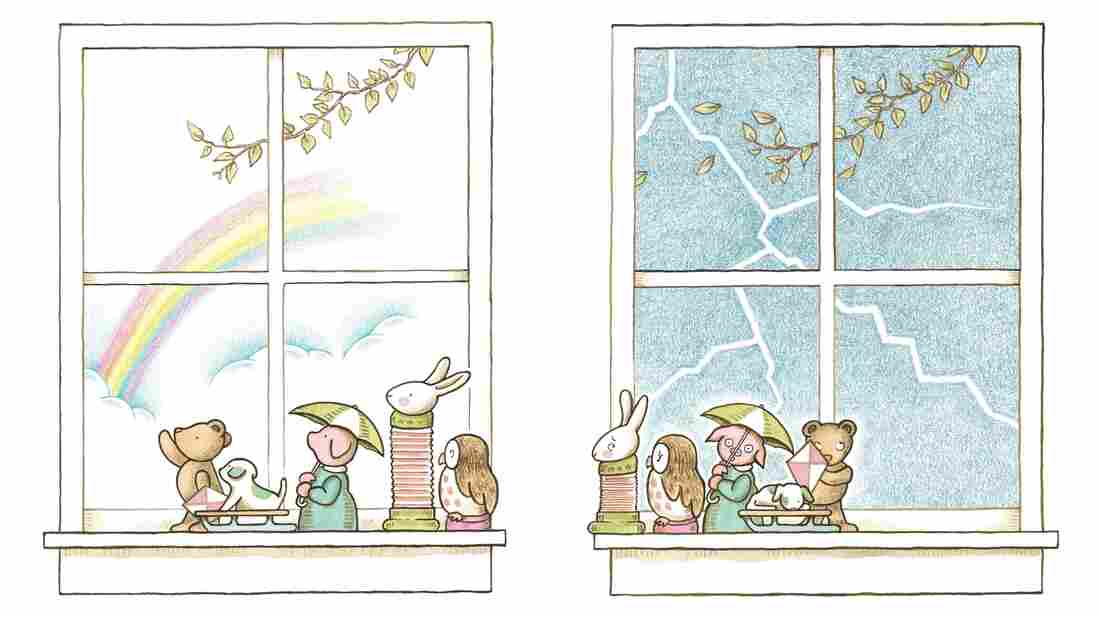 In Kevin Henkes' new picture book, all of the figurines on the windowsill are waiting for something. "It's really about the concept of waiting," he says. HarperCollins Children's Books hide caption 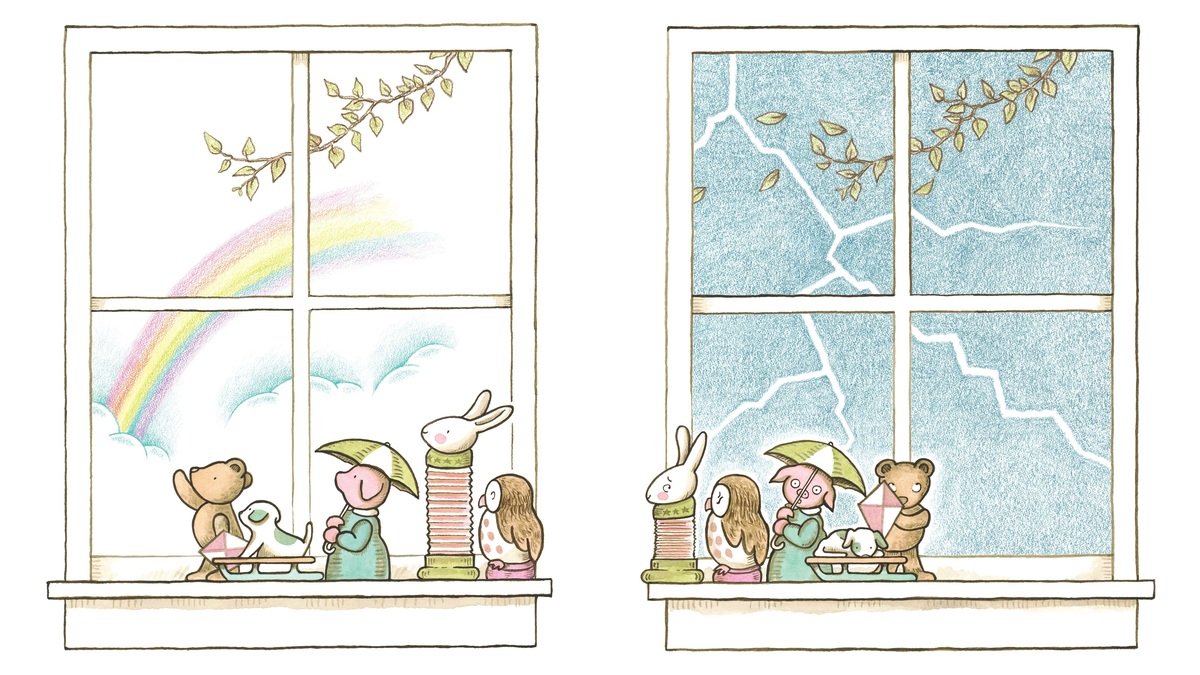 In Kevin Henkes' new picture book, all of the figurines on the windowsill are waiting for something. "It's really about the concept of waiting," he says.

Kevin Henkes was just a teenager when he decided he wanted to write picture books. He landed his first book contract when he was still in college. 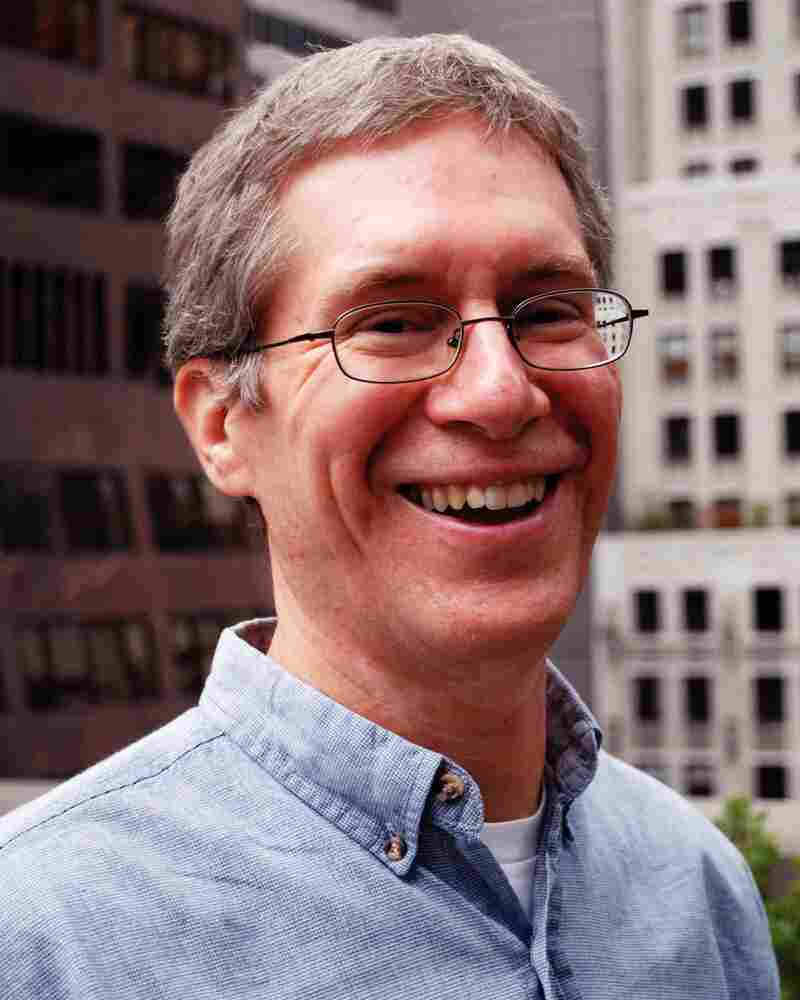 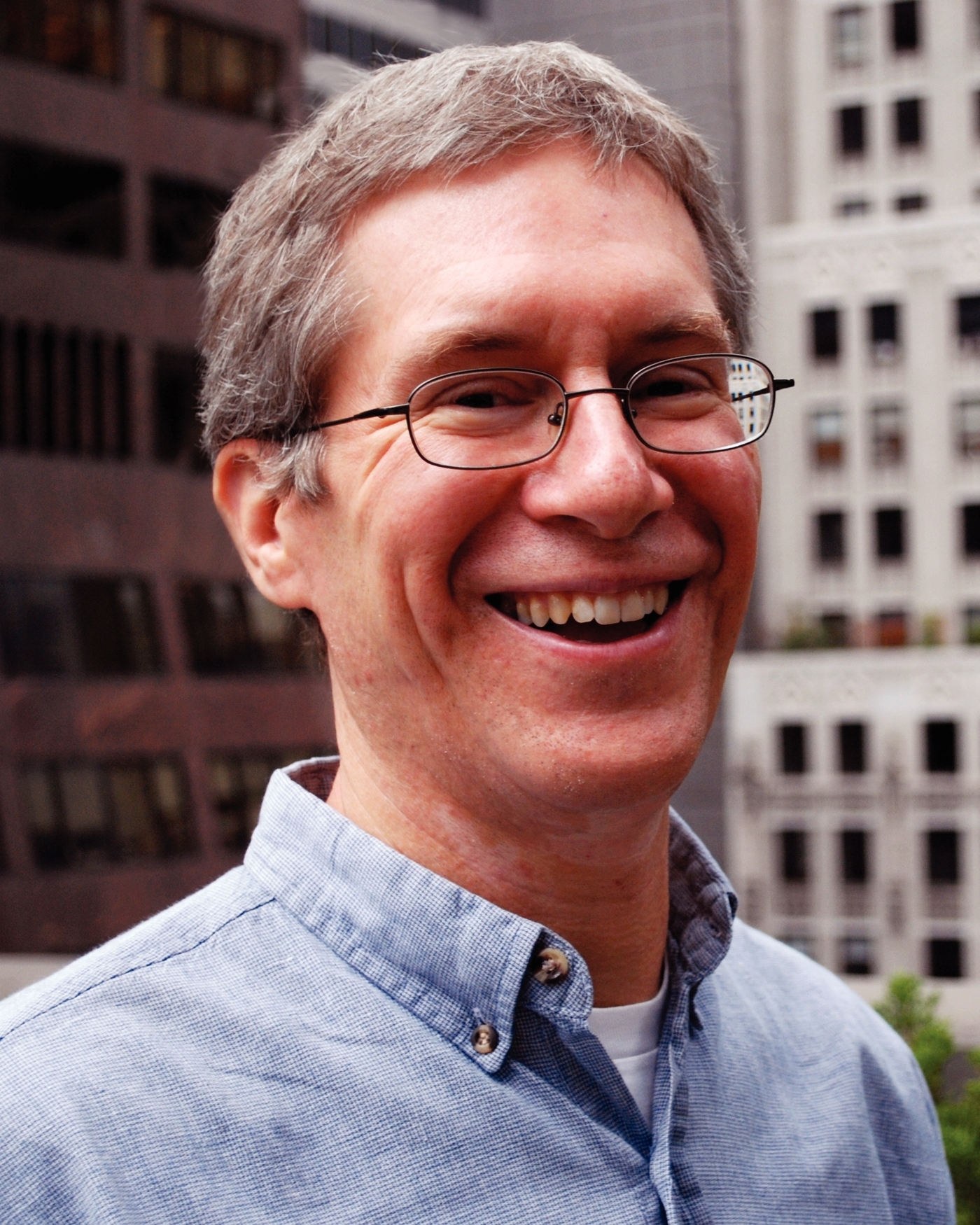 Kevin Henkes won the Caldecott award for his picture book Kitten's First Full Moon and received Newbery honors for his novels Olive's Ocean and The Year of Billy Miller.

"People used to assume that I had kids long before I did," he tells NPR's Kelly McEvers. He eventually had children of his own, but that didn't change his writing process the way one might have expected.

"When my wife was pregnant with our first child people would say, 'Oh now you're going to have so many more ideas,' " he recalls. "And it didn't really happen. I think some of the greats in this field were not parents. I think it probably comes from some other place deep inside. I don't think you have to have children to write for them."

The Caldecott and Newbery award-winning author, who has won children over with his lovable cast of characters — Chrysanthemum, Wemberly, Kitten, Lilly — has a new picture book, called Waiting.

Waiting is about five figurines that are sitting on a windowsill — and waiting. Usually my books are about something small writ large and I think of this as something large made small. So it's really about the concept of waiting. It's not about one child waiting for one specific thing. It's bigger and broader than that. 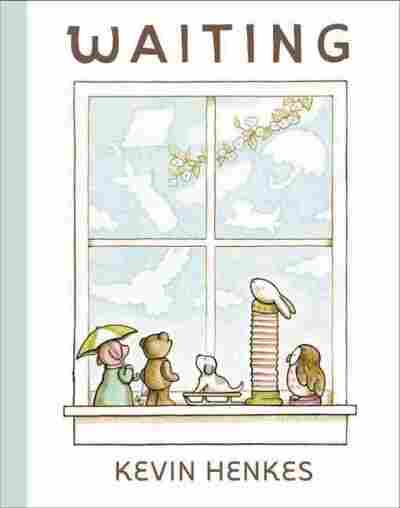 On the way adults think about children

On how he became a children's book author

I grew up always wanting to be an artist, and it was in high school when I started to really like writing. I was a junior in high school thinking about what I wanted to do with my life and I thought it would be great if I could find a job in which I could both draw and paint ... and write which was this new thing that I loved. And I thought children's picture books would be the perfect job for me. It was a great combination of those skills and that's when I decided that's what I wanted to do.

On showing up in New York, just after freshman year

I went to New York from Wisconsin the summer between my freshman and sophomore years of college. I made a list of my 10 favorite publishers and studied them; I knew who I wanted to be published by. And I was so lucky, my first choice — Greenwillow Books, Susan Hirschman, editor-in-chief — accepted my book while I was in New York and it was one of the most memorable days of my life.

But it's interesting looking back; I think at 19 I had a certain confidence that I don't know if I have at 54. I really thought: I'll fly to New York and I will come home with a contract for a book. I really truly believed it. ... I am less confident now than I was back then. 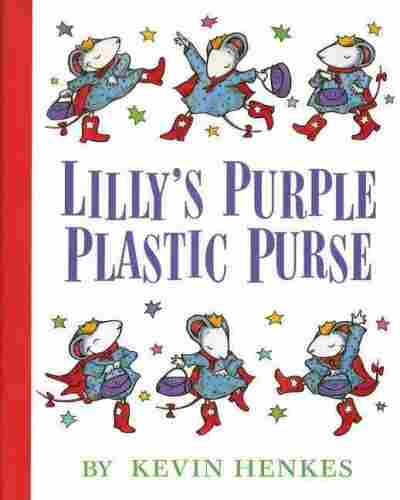 On why he won't get behind things he's not proud of

There are a lot of things that I've said no to — just to keep it pure. ... After Lilly's Purple Plastic Purse, which was very successful for me, I wrote another Lilly book right away and Susan Hirschman, my editor at the time, rejected it, saying: Anyone would publish this, but I don't think it's good enough for you and I think that if we published it you would probably be unhappy down the road.

And I think that was true. I really want everything that's out there with my name on it to be as good as I think it can be. They do take time, there is a lot of waiting in this job. But I do want anything out there to be really, really good ... and so I'll keep waiting until it's right.

On wanting his books to give kids a sense of home

I think books can do lots of things. I think books can open one's eyes to what else is in the world, but it's also nice if one can see oneself. I think as a boy I liked both kinds of books — I liked books that let me see that the world was wide and large but I also loved books where a character might have the same feeling that I had about something — that makes one feel like one is not alone in the world.

And I guess that is sort of a sense of home — that we are at home with one another, and to read a book and to have a deep feeling that someone else — the person who made this book — feels what I feel, can be a great comfort I think.

On whether he read his own books to his own kids

A little bit. Not a lot. I did because I wanted them to know what I did every day up in the attic room. The thing that I started doing was reading to them at breakfast. Reading novels. Which was a great thing because I would read to both of them and my wife would be making the lunches so all four of us had this shared experience. Over the course of weeks we'd have this shared experience where we'd discuss it and talk about it. It was interesting.

My daughter said she didn't want old-fashioned books. But we raced through the Little House books. My son decided he didn't want any books in which the protagonists were girls. But I said let's just try Ramona. And he of course, loved it.

So it was a good experience for them. I think it opened their eyes. ... And we kept track, we made a list in the back hall of every book that we had read together and I think — now they're 20 and 18 — and I think the list was, you know, 120 and some books.