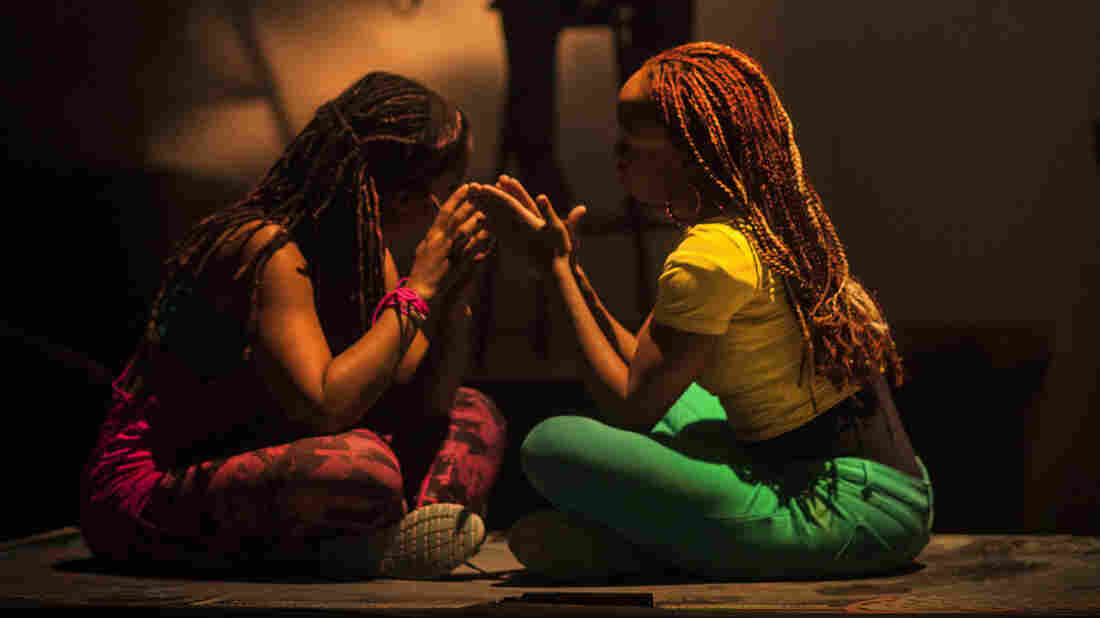 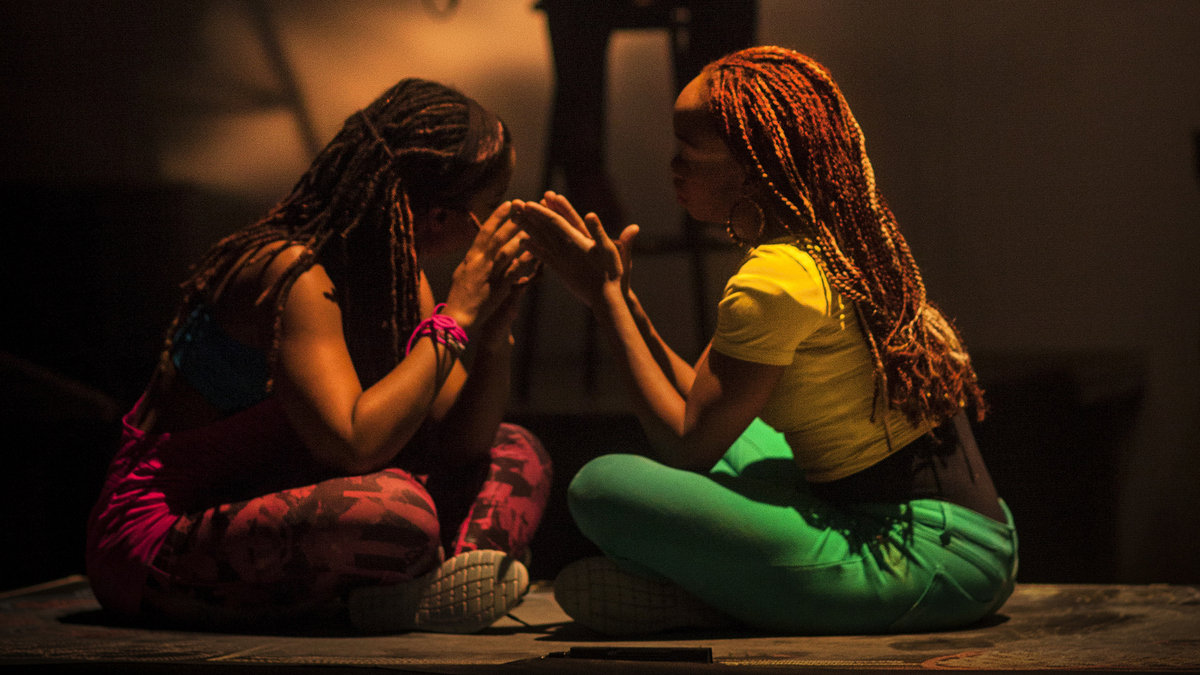 Six African-American women leap and run across scuffed wooden floors in a drab Broadway dance studio. They're creating complicated patterns, reshaping the air under harsh fluorescent lights. These are the women of Camille A. Brown and Dancers.

Brown, the company's 35-year-old founder, wears bright red athletic shorts and swings Raggedy Ann-colored braids. She spends more than two hours running through the same single minute of the show, over and over, until the dancers nail it.

One of them, Mora-Amina Parker, has danced with Brown for six years. She remembers when Brown was a young dancer with the Brooklyn-based company Ronald K. Brown/EVIDENCE. Back then, her explosive solos were the talk of New York's modern dance world.

"Even if you had never seen her, you had heard so much about her," Parker says. "You got a ticket and went to the theater to see who this person was that you heard so much about. I thought she was bigger than I am — and I'm 5'9"; she's 5'1" — because of how expansive and how commanding she is."

A certain kind of short person tends to get called a dynamo. That would be Camille Brown. She started her own company when she was 25 years old, enlisting a few of her friends. Now her work wins prestigious awards left and right. Hers is one of very few nationally known modern dance companies founded and run by a black woman. Its new show, Black Girl: Linguistic Play, is about a part of the black female experience that Brown doesn't see enough of in the media.

In the show, Brown introduces three pairs of dueting characters: older women, teenagers horsing around and two little girls whose dance is drawn partly from the rhythms of double Dutch jump rope. Dance critic Eva Yaa Asantewaa says Brown layers in a kaleidoscope of movements that include — and go beyond — ballet and modern dance.

"I see sort of the footwork of basketball," Yaa Asantewaa says. "I see the street play, the tap dance; I see the double Dutch stuff. It tells a story about how girls pass on skills to girls. You don't learn double Dutch from your teachers or your parents, but you learn it from your girlfriends. And it's about that kind of sharing and that trust and that passing along of information and wisdom and ability and excellence." 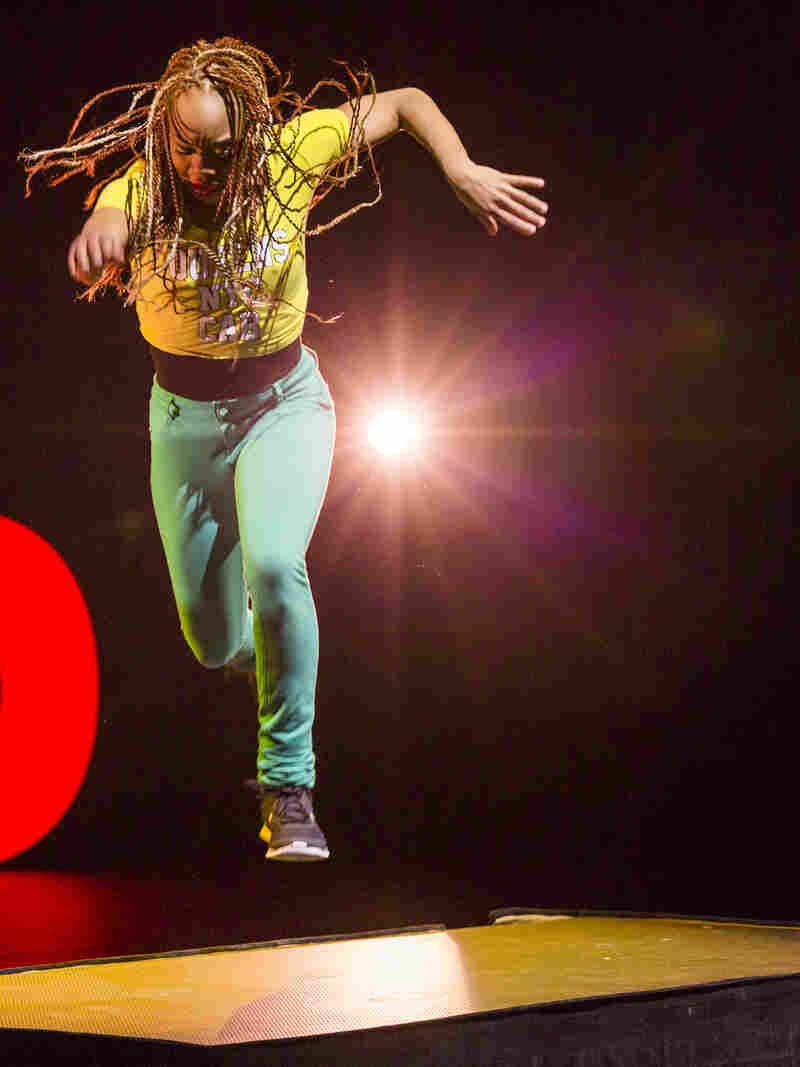 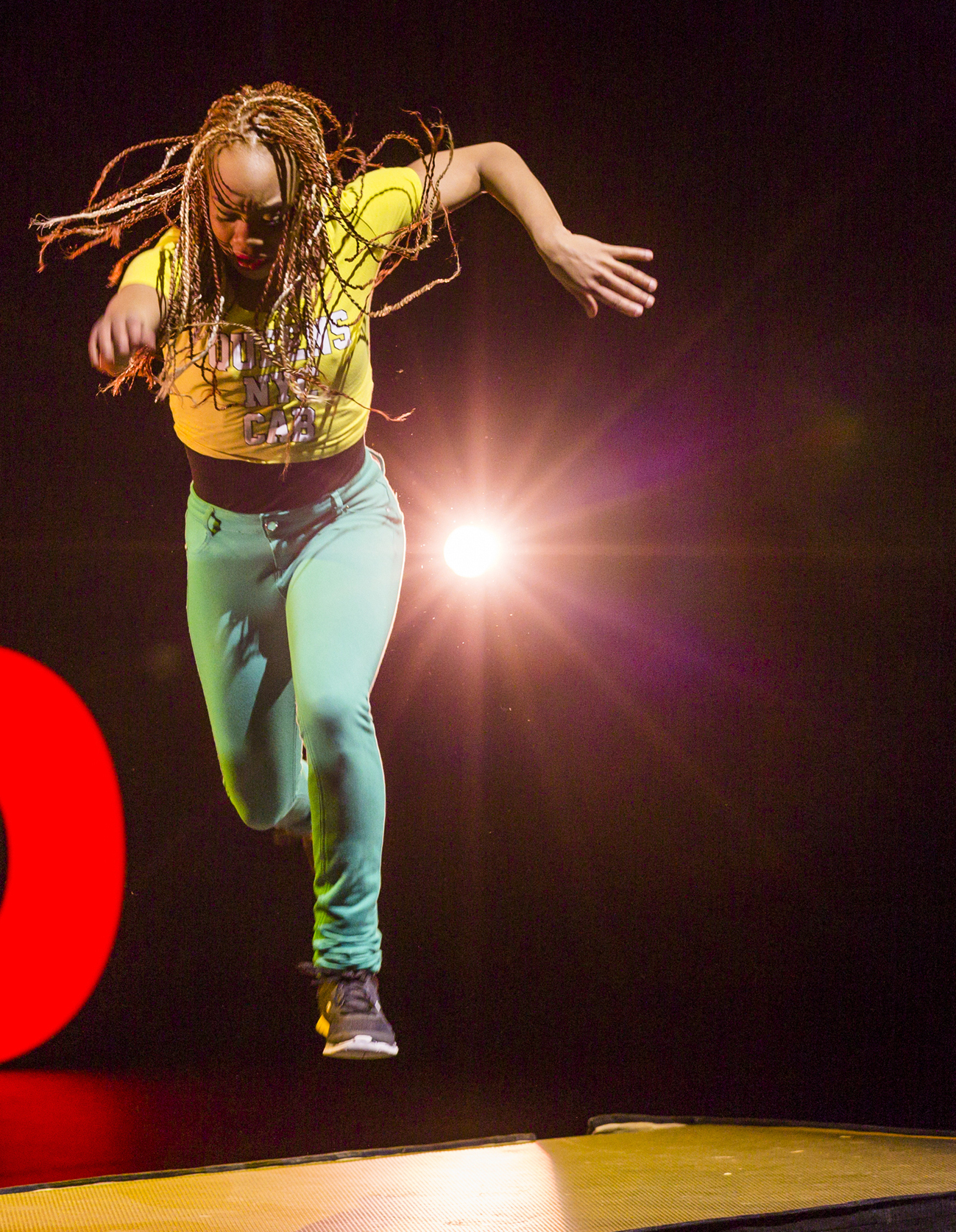 Dance is one of the few careers where African-Americans have traditionally been given more cultural room to excel. But even someone as talented as Camille Brown struggled when she left home in Queens, New York, to study dance at the University of North Carolina School of the Arts.

"For the first two years I basically sat in the audience because I wasn't asked to audition for things," Brown says. She was told she had the wrong body for dance, her alignment was wrong, she was too short. Some teachers didn't even bother to correct her in class.

"So I gave myself an assignment," she remembers. "I said, 'Well, I'm just going to take everyone else's notes. If they're not going to give me a note, I'll just make pretend that they're to me and I'll just correct myself.' "

Brown believes the experience helped her become a better choreographer, one mindful of all the bodies in a room. Now her choreography is in demand by Broadway directors and companies like Alvin Ailey American Dance Theater.

She's known for dance pieces like The Groove To Nobody's Business, which is set on the subway and has strangers shaking, bobbing and occasionally flinging into one another, much to the distress of one straight-laced gentleman. "All he wants to do his read his newspaper, and of course everything is bustling around him," says critic Eva Yaa Asantewaa. She credits Brown's success to her storytelling and sense of humor, but also her skill in using dance to speak to racial assumptions.

Black Girl: Linguistic Play has been workshopped around the country with post-show discussions. Brown remembers one conversation about a moment when she plays a child drawing with chalk. "One woman said she thought I was in prison," she says. "... I was just so confused as to why she thought I would be in prison when I was holding chalk in my hand."

For Brown, understanding and reinterpreting what we make of each other starts with the simplest of gestures. She says some people think a hand snap or a woman's hand on her hip means just one thing.

Brown is taking her expanded vocabulary of movement to leading stages around the country, and also to schools and prisons where she teaches classes to girls and women. She wants ordinary people to know that their movements matter and that everyone's dance counts.