Accessibility links
Review: Eagles Of Death Metal, 'Zipper Down' Josh Homme and Jesse Hughes' new album may have taken seven years to make, but it still sounds as if they'd jumped out of a plane and recorded it on the way down. 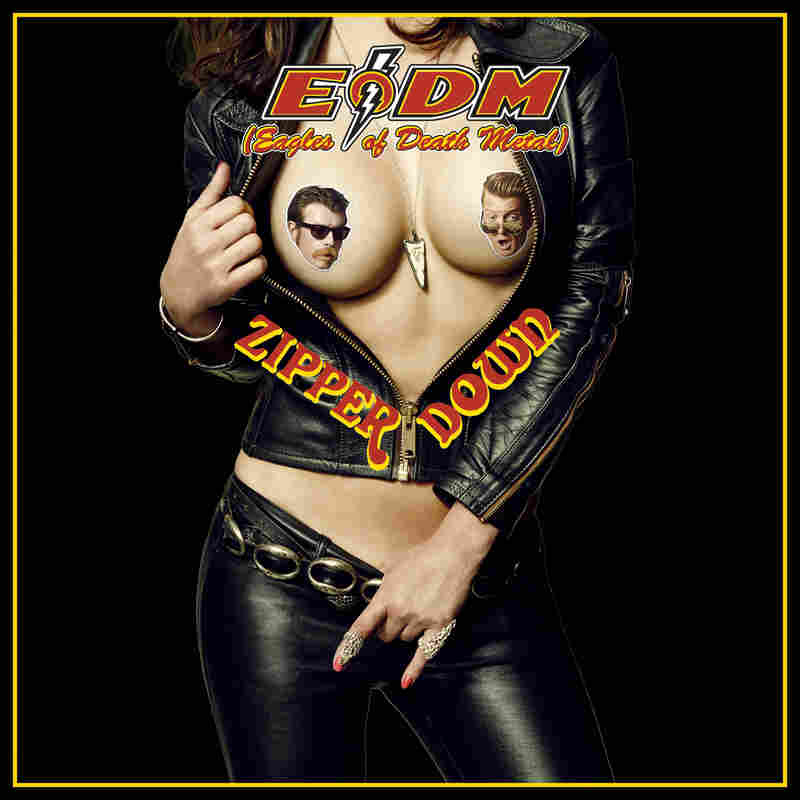 Cover art for Zipper Down. Courtesy of the artist. hide caption 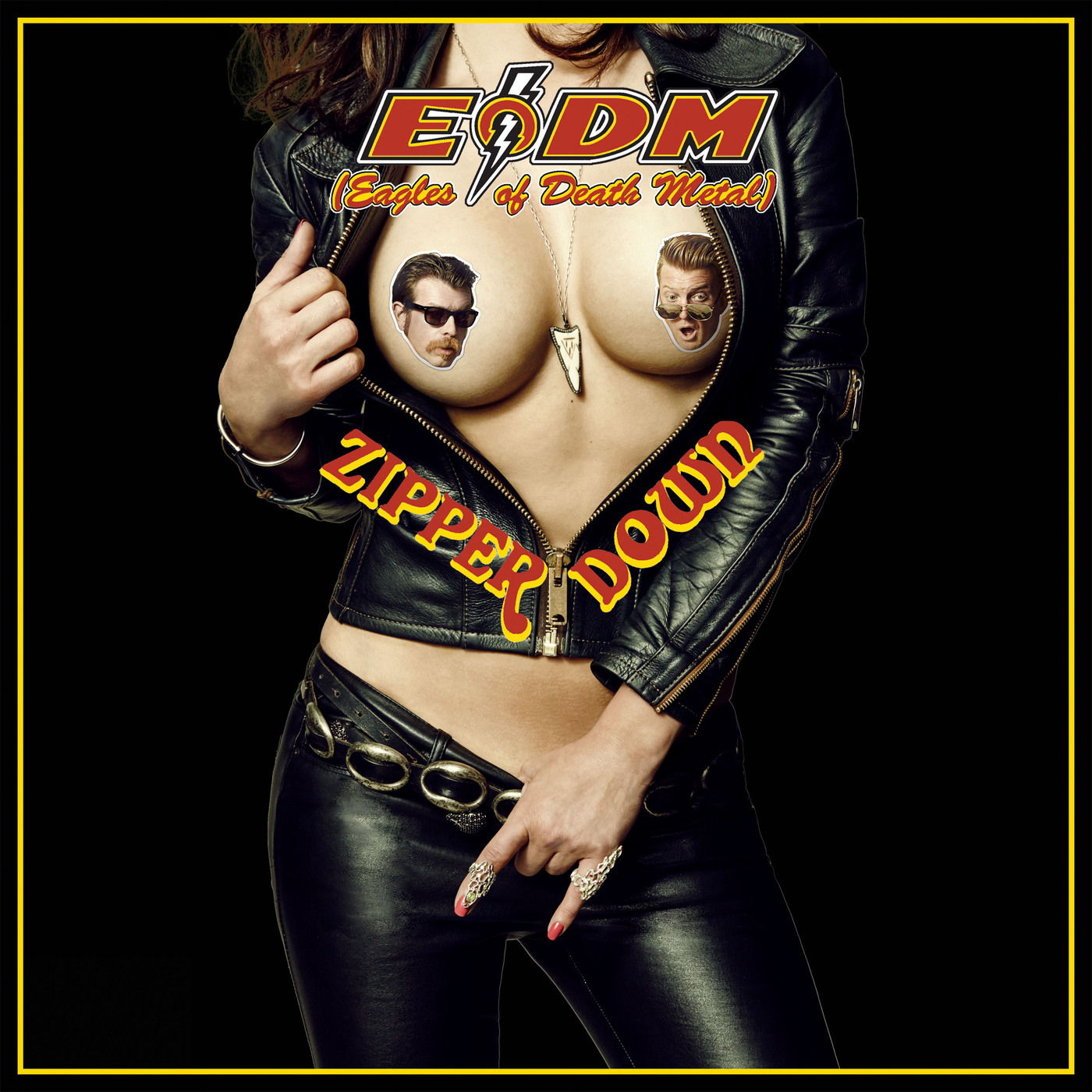 Cover art for Zipper Down.

Seven years is a long time to wait for a new album — but it's particularly vexing when the album in question is by Eagles Of Death Metal. After all, the hard-rock group whose core comprises Jesse Hughes and Josh Homme (the latter of Queens Of The Stone Age) has always shot first and asked questions later, if at all. That's not to say Zipper Down, EODM's long-awaited new full-length, is some sort of contemplative, chin-stroking opus. It may have taken Hughes and Homme seven years to make it, but it still sounds as if they'd jumped out of a plane and recorded it on the way down.

That's a compliment. Like EODM's previous three albums, the most recent being 2008's lascivious Heart On, Zipper Down is a sleazy spitball made of frantic party beats, Casanova attitude and garage-rock riffs so expertly barbecued, they slide right off the bone. This is not rocket science; it's pure biology. Granted, the come-ons get beyond heavy in tracks like "Skin Tight Boogie" — a fantastic voyage to a land of funky, smoldering glam — and "Complexity," a decidedly uncomplicated tune full of both swagger and self-deprecation in which Hughes chants, "It's so easy without complexity." If ever EODM delivered a boldfaced mission statement, this is it.

EODM's sense of humor has always been its saving grace, and Zipper Down is no different. In the band's sexy galaxy, wordplay and foreplay are interchangeable, and moans mingle with groans. How else can you explain lines like, "The power's flowing and it just won't stop" from the outrageous "Got The Power," which unabashedly borrows from Iggy & The Stooges' "Raw Power" while serving up bombastic braggadocio all its own? Not that a cartoonish knack for junior-high lewdness is Zipper Down's main strength: As evidenced by "Silverlake (K.S.O.F.M.)" and the machismo-skewering ballad "I Love You All The Time," Hughes and Homme are more than capable of sinking gigantic, immaculately crafted pop hooks into their deceptively asinine shenanigans.

There's one cover song on Zipper Down, and it's not one you might expect. Rather than rehash a stomping classic from likeminded ancestors such as Kiss or ZZ Top (or even Spinal Tap), EODM smears a sloppy kiss all over Duran Duran's "Save A Prayer." Hughes and Homme give the synth-heavy '80s ballad a slinky, fuzzed-out overhaul, complete with simmering distortion and beckoning innuendo. Tellingly, "Save A Prayer" is about a one-night stand — it may be the ultimate one-night-stand anthem — and Zipper Down, even though it took seven years to arrive, feels just as quick and easy.