Accessibility links
Review: Deafheaven, 'New Bermuda' After the crossover success of 2013's Sunbather, New Bermuda is a resounding rebuttal to complacency. Entrenched in dark and decidedly classic metal moves, it's got a seeking spirit that rages. 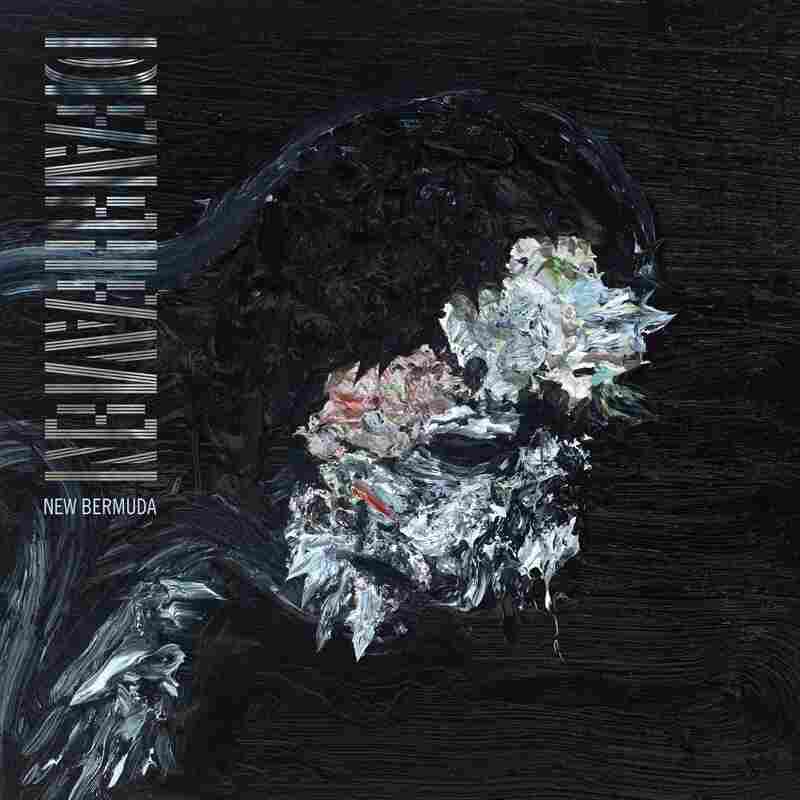 After a series of traumatic psychological tests of his loyalty and honesty, a mad scientist tells a young boy in Willy Wonka And The Chocolate Factory, "Don't forget what happened to the man who suddenly got everything he wanted."

"He lived happily ever after."

Cue the strings, perhaps, but also the dread of responsibility; of expectation and whatever else comes with suddenly getting everything you wanted. After a story that goes from poverty and desperation to 2013's legit metal crossover Sunbather, this is where the members of Deafheaven find themselves on their third album. The band could have just as easily turned in more uplifting, shoegaze-y black metal as Sunbather II and called it a day. But New Bermuda is a resounding rebuttal to complacency, entrenched in darker and decidedly classic metal moves, with a seeking spirit that rages.

Deafheaven wastes no time establishing the record's sound and themes, as "Brought To The Water" thrashes with frantic urgency and vocalist George Clarke roars, "Where has my passion gone?" For three minutes, it's the most straightforwardly black-metal track of the band's career, as guitarist Kerry McCoy channels Billy Corgan's ugly string bends over the gauzy midpoint. But Deafheaven can't help but pretty up a dirty thing, as it all lifts to a dreamy pop melody in a major key, complete with piano coda. "Luna" follows suit with a nasty riff jammed between blast beats, and a somewhat awkward band dropout that follows a guitar solo to each section, but it's redeemed by shimmering guitar work and Daniel Tracy's choice, melodic drumming.

But it's the back half of New Bermuda where the band steps out of its aggressive-to-pretty comfort zone and really throws itself against the wall. The mid-tempo centerpiece "Baby Blue" is a hypnotic Red House Painters sad jam that turns into a slo-mo Metallica ballad, complete with wah-wah solo. Clarke's closing line even evokes James Hetfield at his most desperate: "God had sent my calamity into a deep space from which not even in dreams could I ever imagine my escape." If that mix of styles isn't strange enough, doomy South Of Heaven-era Slayer somehow sets "Come Back" up for a Wilco-inspired slide guitar and a languid exit that takes a page out of Starflyer 59's lounge-gaze phase.

Still, "Gifts For The Earth" is where Deafheaven really raises the stakes. For two minutes, guitarists Kerry McCoy and Shiv Mehra pulse clean-toned power chords with the rhythmic urgency of mewithoutYou's "January 1979." But where that song drives the melody in start-stop sing-song, "Gifts" breaks down in a samurai-slicing riff worthy of its dramatic build as Clarke hisses, "I imagine the end" in a reptilian sneer. McCoy has said that the melodic climax pays homage to Oasis, but it's more "Hey Jude" than "Champagne Supernova." (Go ahead, insert your own na-na-nas where necessary, and piss off the Gallagher brothers once more with a Beatles comparison.) It's Deafheaven at its most electric and exploratory — a place of discovery for a band that isn't afraid to expose its roots and find genuine expressions within them.