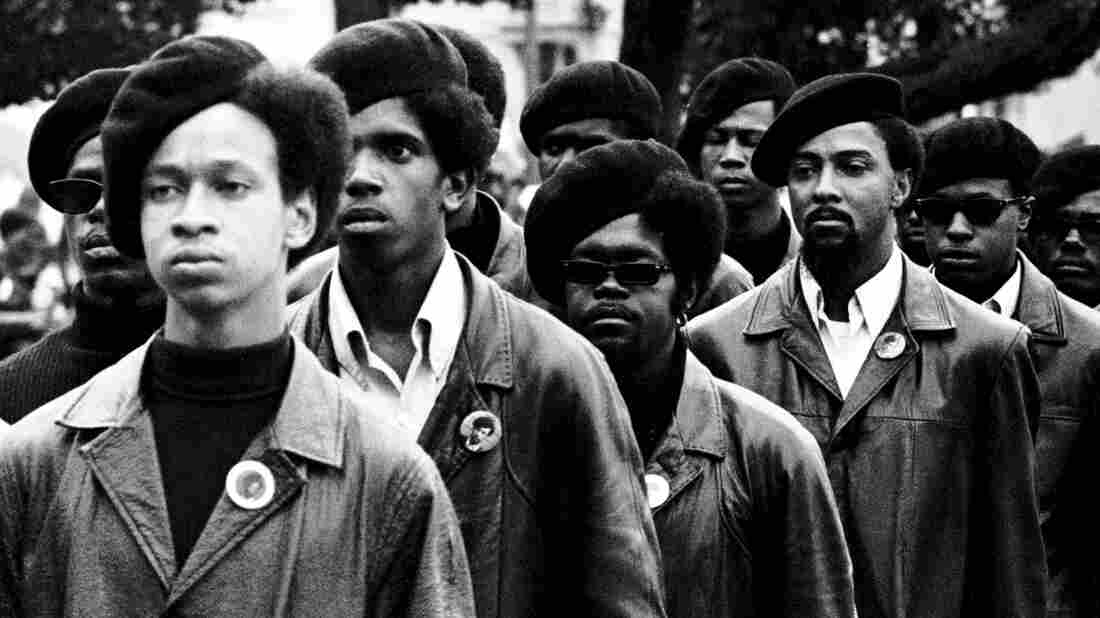 Members of the Black Panthers line up at a rally at DeFremery Park in Oakland, Calif. Courtesy of Stephen Shames and Firelight Media hide caption 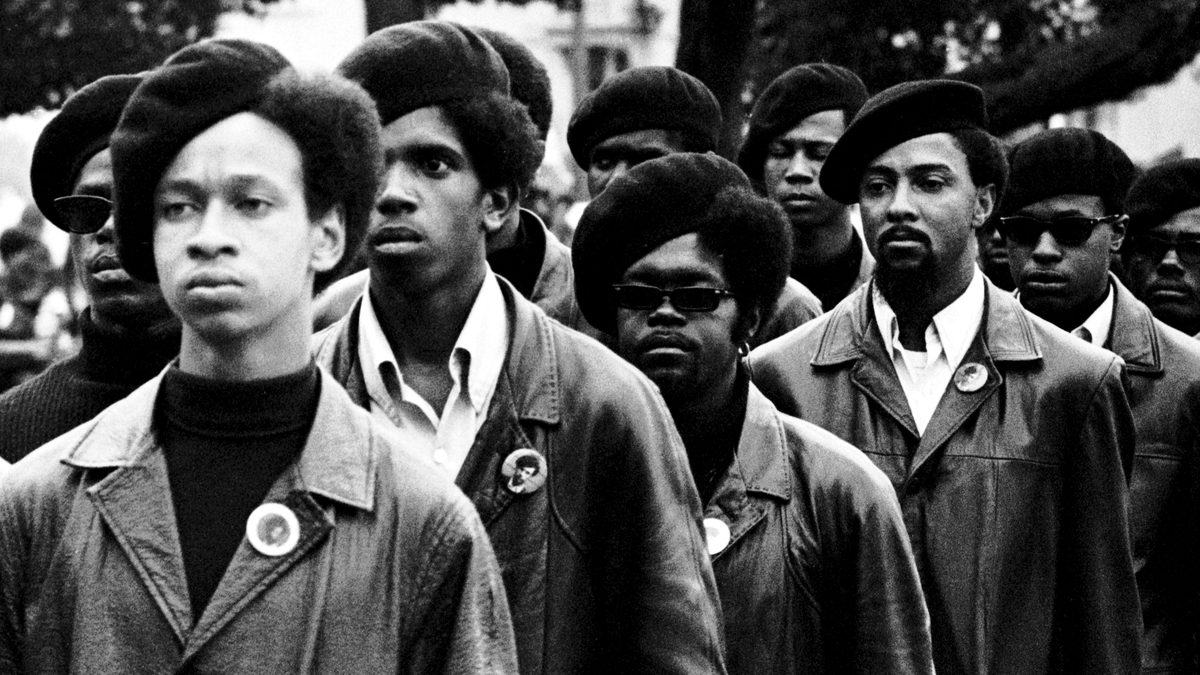 Members of the Black Panthers line up at a rally at DeFremery Park in Oakland, Calif.

Nearly 50 years ago, in 1966, a group of six black men in Oakland, Calif., came together in an effort to curb police brutality against African-Americans in the city. Because of a quirk in California law, the men were able to carry loaded weapons openly. The Black Panthers, as they became known, would follow the police around, jumping out of their cars with guns drawn if the police made a stop.

"They would observe the police and make sure that no brutality occurred," filmmaker Stanley Nelson tells Fresh Air's Terry Gross. "What they were really doing was policing the police."

Nelson, who chronicles the Panther movement in his new documentary, The Black Panthers: Vanguard of the Revolution, says the group was a response to what some saw as the limitations of the nonviolent civil rights movement.

"When the Panthers came into being, there were a number of people, especially young people, who kind of felt that the civil rights movement of Martin Luther King ... had run its course," Nelson says. "It had gotten what it could get, and something else was needed; new tactics were needed."

Led by Huey Newton and Bobby Seale, the Panthers put forth a 10-point program that sought to address a host of problems, including police brutality, poor housing and subpar education.

The director notes that when he began the film seven years ago, he could never have anticipated that it would be released at a time when issues of police brutality and justice for African-Americans were so prominent.

"It's made people want to see the film and want to understand how this was happening 50 years ago and it's still happening now," he says.

On the Panthers' 10-point program

Sometimes the rhetoric is definitely over-the-top, and I think that's one of the things that the Panthers knew and wanted it to be over-the-top. It's saying, "OK, we're going to totally break from what the traditional civil rights movement is asking for. We're not asking for a right to sit on a bus or eat in a restaurant — our demands are much more radical, and they might be over-the-top, but they'll also get your attention." And I think [what] the Black Panthers wanted to do — they wanted to get attention. I think what happens as time goes on is they are kind of trapped into this corner that they've painted for themselves: one, with the over-the-top rhetoric; two, with the guns that they carry at first. And so they're trapped in some ways [and] can't get out of that box as time goes on. 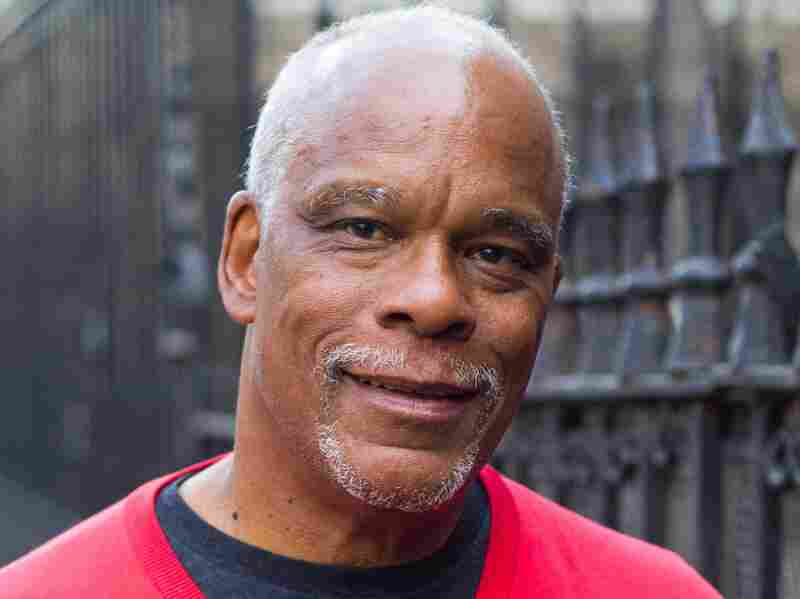 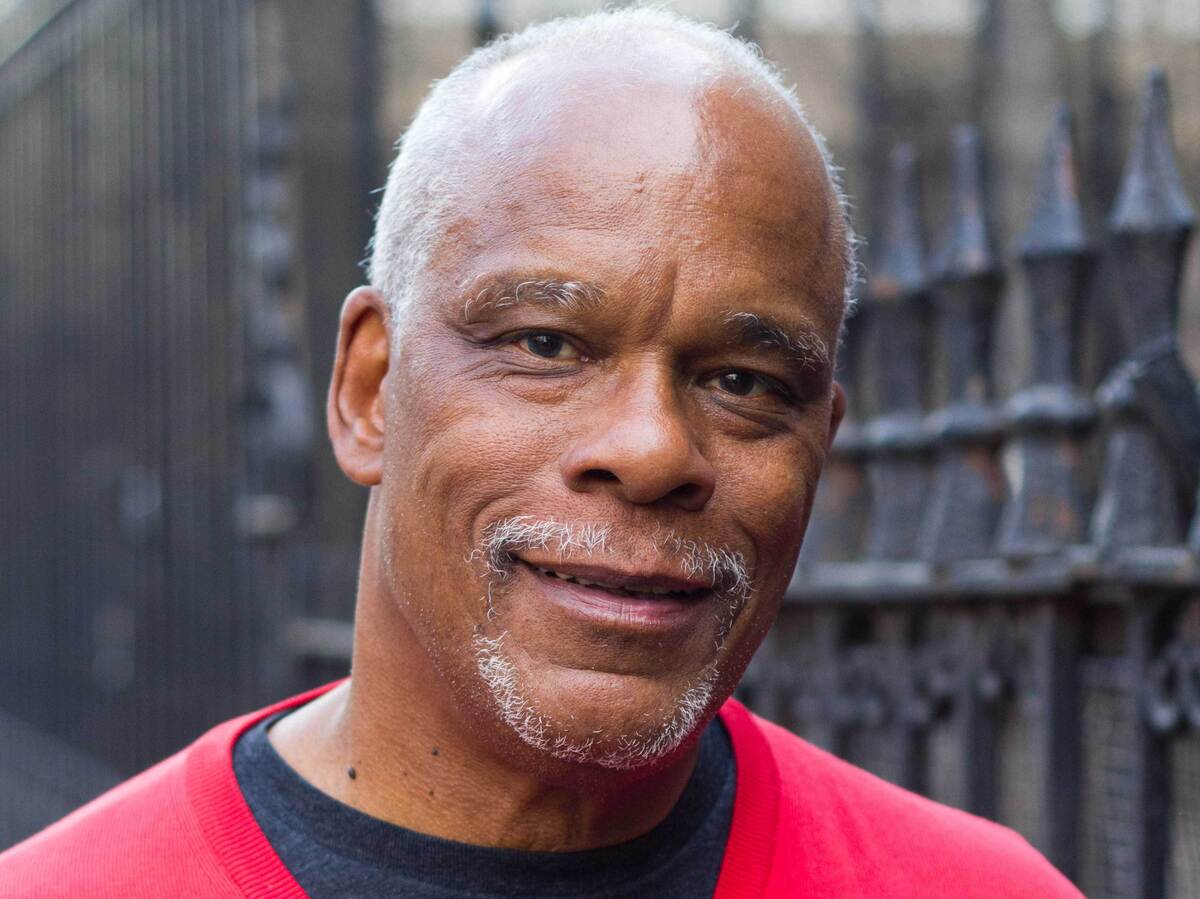 Stanley Nelson's previous films include the documentary Freedom Summer, which he wrote, produced and directed.

On the Panthers' free breakfast program

The free breakfast program was one of those ideas that just kind of arose out of a need. There are different stories about how it actually started, but the Panthers saw that young kids were not being fed breakfast before school; there was no national government program to give kids a healthy meal before school. So the Panthers just started doing it, and it ended up being a very, very successful program and, I think, the Panthers always say it's what spurred the government on to have breakfast programs that are still in existence today.

It was a very, very successful program for the Panthers, and actually J. Edgar Hoover, the head of the FBI, said it was probably the most dangerous thing that the Panthers were doing, because it was winning not only the hearts and minds of young kids but also of their parents.

On the Black Panther uniform of leather jackets and berets

The look was very, very calculated. This was a break from ... Martin Luther King and the suits and ties and that kind of "we're going to look proper." ... A lot of people don't know that was really part of the traditional civil rights movement, that they dressed up because they wanted to show you the difference between them all dressed up in suits and ties — the women were encouraged to wear dresses and sometimes little white gloves — because they wanted to show you the difference between them and the mobs that would be chasing them or screaming at them. The Panthers, again, were much more urban. They were after a different crew. And it worked. It was this new look and they looked so cool, everybody who was young wanted to be a Panther because of the look.

On how the FBI targeted the Black Panther Party

[Hoover] issues memos ... that basically say to his agents, "Do anything that you can, anything that you can think of to destroy the party." So the FBI does things that range from infiltrating the party and having agent provocateurs inside the Panther Party who are provoking violent acts and buying guns and supplying guns to the Panthers, to he has [a] memo that says we have to set spouse against spouse. ...

I think that the Black Panthers and the leadership felt that their phones were tapped and those kind of things, but nobody understood the extent that the FBI was going to destroy the Panthers and other groups. ... The idea of writing letters to people's husbands or wives to tear them apart ... that was one of the tactics that the FBI was using, but just anything that they could possibly do to tear people apart and to create the sense of paranoia because you didn't know what was going on. You didn't know what was true or what was not true; you didn't know who your friends were. All of those things the FBI was using and I don't think anybody really understood the extent and the low level that the FBI would sink to to destroy people it looked at as its enemies. ...

The Panther Party was riddled with informants. They had no background checks that they could do on people, so they had this kind of open-door policy: If you wanted to join the Panthers, they wanted you to be part of it.