Accessibility links
Horror Tries To Have It Both Ways In 'Green Inferno' Horror auteur Eli Roth tries to both tease political correctness and salute old exploitation films, but it's not always possible to thread the needle. 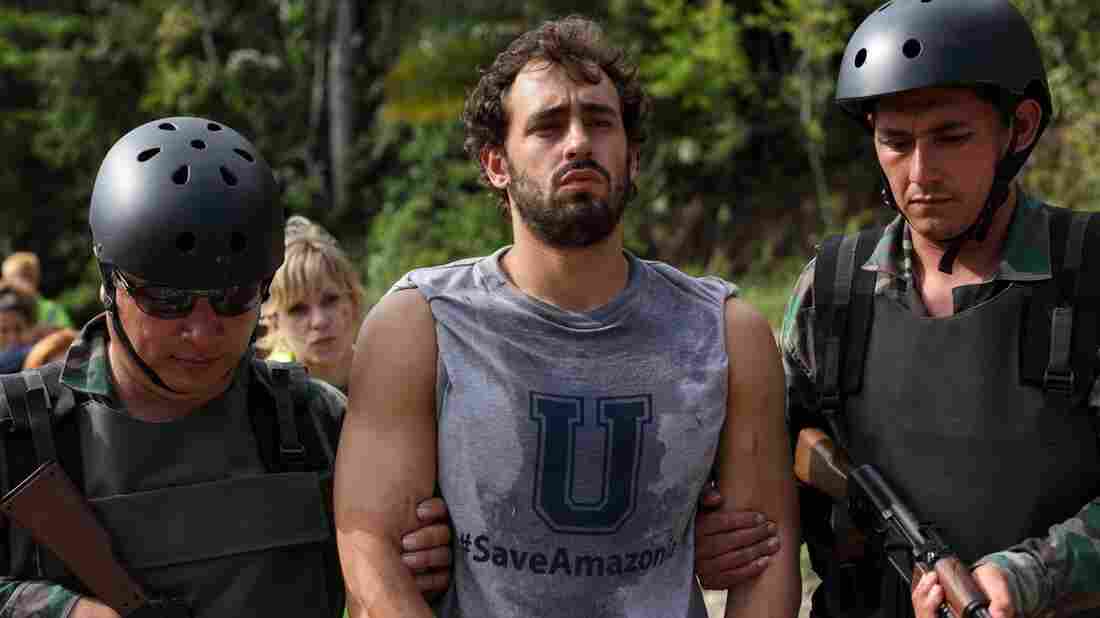 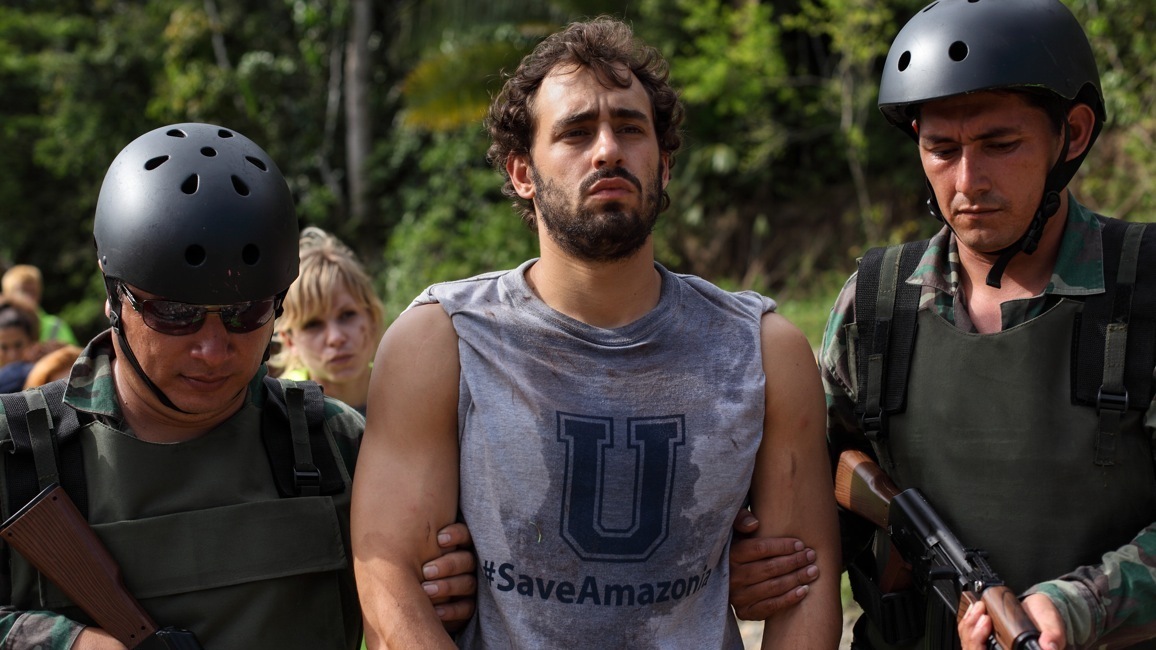 Roth always has a foot in two different worlds: The real world, where the headlines and trends of the day are thematic grist for the mill, and the movie world, where gore and depravity are part of longstanding grindhouse tradition.

Though it spent two years in legal purgatory after premiering at the Toronto Film Festival in September 2013, Roth's latest provocation, The Green Inferno, nonetheless arrives right on time to stoke Internet outrage. And it once again finds Roth playing deliberately—and more than a bit recklessly—in the real world and movie world by tucking a critique of campus "slacktivism" within a feature-length homage to notorious exploitation movies like Cannibal Holocaust and Cannibal Ferox. On its face, The Green Inferno is a supremely offensive depiction of an ancient Amazon tribe as vicious savages with a taste for human flesh. But true to Roth's other work, it can't be taken on its face.

In a broad sense, The Green Inferno merely transports the Hostel formula to another continent, with a group of naïve young Americans unwittingly offering themselves up for the slaughter. Roth makes his contempt plain from the start, when Justine (Lorenza Izzo) wakes up to the sound of student activists hunger-striking for janitors' health insurance out on the quad. But when Justine learns about female genital mutilation in class, her conscience is sufficiently aroused to attend one of their meetings. Though suspicious of their charismatic leader Alejandro (Ariel Levy), Justine gets roped into a trip to the Peruvian jungle to stop bulldozers from destroying an indigenous people in order to tap their reserves of natural gas.

Once in Peru, Roth delights in mocking the spectacle of a dozen liberal suburbanites trying to rebuff an armed militia with smartphones and hashtags (#SaveAmazonia), in the thin hope that social media will shame a large corporation into retreat. But he gets down to grisly business when their prop plane crashes in the rainforest and the same tribespeople they were trying to save become their captors. With only that thin irony for sustenance, audiences are invited to watch the sort of grisly spectacle they'd find in Cannibal Holocaust or at the end of Apocalypse Now. It's all completely disgusting, but safely tucked between quotation marks.

And that's the game Roth is playing with The Green Inferno: He gets to goose the politically correct and revive a horror subgenre that galvanized censors in the 1970s, but he couches it in knowing homage. It's a damnably effective strategy, because like the work of his friend Quentin Tarantino (who cast Roth as "The Bear Jew" in Inglourious Basterds), the violence references other movies, rather than making assertions about real indigenous peoples. The film will still offend many people—or maybe just those who casually, unknowingly Netflix a cannibalistic horror movie—but Roth has a built-in defense for it.