Accessibility links
Director Nancy Meyers Makes Peace With Millennials In 'The Intern' Meyers' new comedy stars Anne Hathaway as a CEO and Robert De Niro as her intern — she tells NPR that while there's a big difference between generations, her movie's message is "Be less judgmental." 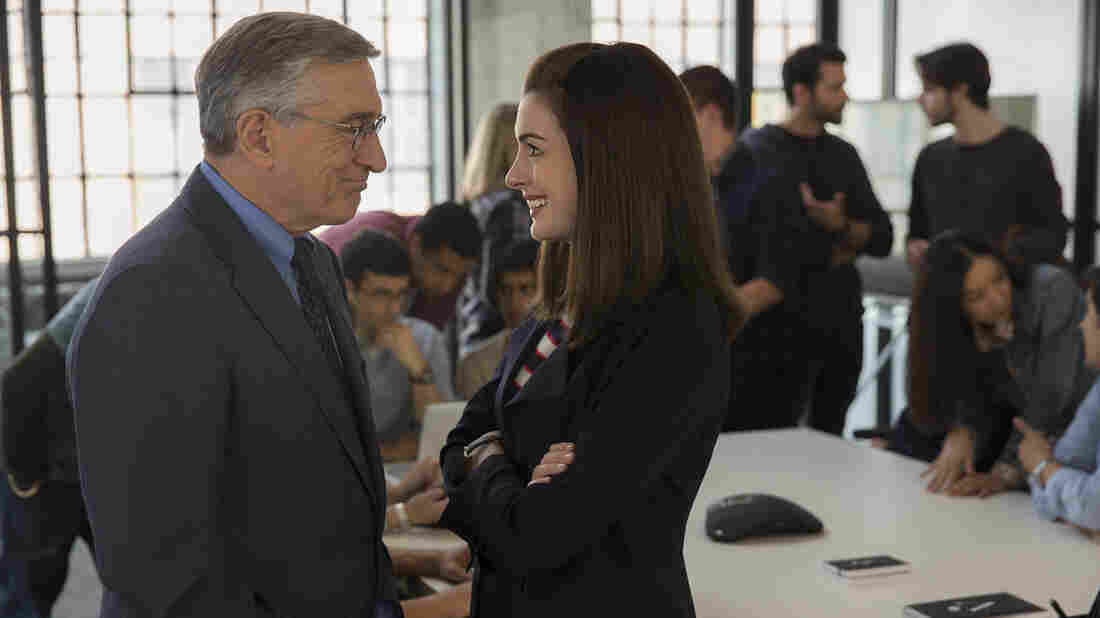 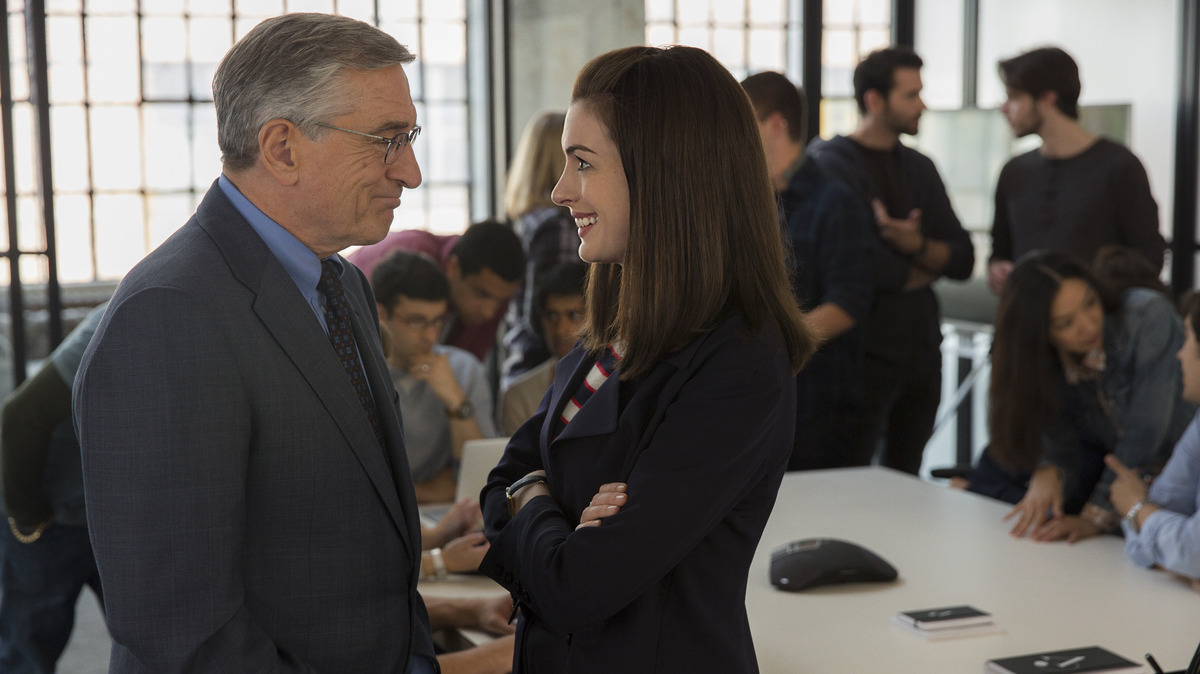 Anne Hathaway is the CEO and Robert De Niro is the intern in Nancy Meyers' new comedy, The Intern.

The filmmaker Nancy Meyers dominates a certain Hollywood niche: Her comedies star grown-ups, and they appeal to a grown-up audience. She wrote and directed Something's Gotta Give, It's Complicated, and her latest, The Intern — starring Robert De Niro and Anne Hathaway as the CEO and intern at a startup company. Here's the catch: Anne Hathaway plays the CEO — and at age 70, De Niro's character is the intern. Meyers tells NPR's Ari Shapiro that despite some of the scenes in the movie, they didn't actually have to show De Niro how to use Facebook. " But I also know Bob's not on Facebook," she says. "And I remember as we were shooting, Bob was sort of looking at me like 'Oh no, this is the real thing. This is how you really do it.'"

On featuring people whom society has written off

When 'It's Complicated,' Life Can Be Fun (For A Bit)

I know what you're getting at, Ari. Women over 50 ... I'm 65. So I started writing movies about 30-year-olds when I started. And as I've gotten older, the characters have gotten older. I'm not retired. But I'm already thinking about what's my life going to be like when my work is gone? You know it's me writing the things I think about and worry about, and I somehow translate that into a comedy.

On being dismissed for making chick flicks

Don't like that label ... And it's a label never given to a movie that's geared for men or boys. By the way, don't think only women go to my movies — and so that bothers me, also. But why give it a label like that?

You know I'm not telling you anything you don't know. The movies have changed a lot. You know, when I made It's Complicated, my last film, [it] was 2009 and it's almost like a different world, coming out again with a script. When I wrote It's Complicated it was a much easier movie to get made because that style of film was still a movie that studios wanted to make ... A romantic comedy, adult. A comedy with also men and women, not just men and men. And, actually, I was going to say it wasn't an R-rated but it turned out it was R-rated. But it was only R-rated because Meryl [Streep] and Alec [Baldwin] smoke pot in a scene.

So this style of film has just fallen out of style. Because studios only have so much money they're given to make movies. They all need — or have needed — the big superhero Marvel type movies. And so, a movie like this just hadn't for a while fit in with their agenda. But you know, I've been in Hollywood long enough to see the pendulum swinging.

On channelling her impressions of the younger generations on-screen

So his shirt's not tucked in, or so he has a flip phone. So what?

This generation, they're inventors. They've changed the way we communicate with each other. And so I have great admiration for them. But at the same time the character that Bob De Niro plays in this movie is an old-fashioned gentleman who stands up when she comes in the room. He always wears a suit because he's comfortable in his suit and he finds it respectful to her. And it's also his work outfit, which he misses, being in that suit. So, there's just such a big difference between the Millennials and his generation that I do make a point of pointing that out to the audience.

On whether the different generations can get along

Well it's a bit what the movie's trying to say, Ari, you know, just to be less judgmental. So his shirt's not tucked in, or so he has a flip phone. So what? What happens is the boys in the film really, as they say, have a man crush — a big man crush — on Bob's character. And they learn a lot from him. And I didn't write the copy line on the poster, but it does say "Wisdom never gets old." And I really liked it when I read it. And I thought whoever wrote that really captured something. So, it's a hopeful piece.