Accessibility links
Interview: David J. Peterson, Author Of 'The Art Of Language Invention' David J. Peterson has crafted languages for TV shows and films — even a whole language for a single giant, in Game of Thrones. For him, every language is a balance of the technical and the artistic. 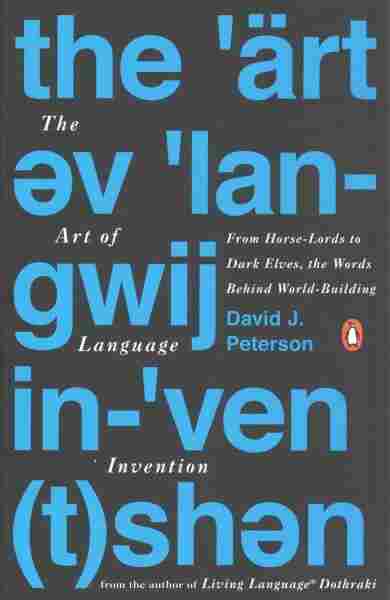 The Art of Language Invention

From Horse-Lords to Dark Elves, the Words Behind World-Building

Title
The Art of Language Invention
Subtitle
From Horse-Lords to Dark Elves, the Words Behind World-Building
Author
David J. Peterson

If anyone has the credentials to write a book called The Art Of Language Invention, it's David J. Peterson.

He has two degrees in linguistics. He's comfortable speaking in eight languages (English, Spanish, French, German, Russian, Esperanto, Arabic and American Sign Language) — plus a long list of others he's studied but just hasn't tried speaking yet. He's also familiar with fictional languages — both famous ones like Klingon and deep cuts like Pakuni (the caveman language from Land Of The Lost).

And of course, he's crafted languages of his own — including full alphabets, vocabularies and grammars. Game of Thrones viewers, for instance, might recognize two of these languages: Dothraki, a guttural language of warrior horsemen, and High Valyrian, a language spoken in much of the fantasy world's eastern regions.

And he didn't rest there. Peterson actually created a third language for the show — just for a single giant.

"I didn't know beforehand that he was only going to have one line," he laughs. "I thought he was going to have a bunch of stuff, but whatever. I created a full language for the giant."

Peterson also invented Shiväisith for the Marvel blockbuster Thor: The Dark World, and four languages (and counting?) for the SyFy show Defiance.

In a new book, The Art Of Language Invention, Peterson details the languages he's invented, pairing them with lots of (often technical) advice about how readers can create some of their own.

Peterson spoke with NPR's Arun Rath about his book and his languages; he even spoke a bit of each as a sample.

Click the audio link above to hear it all. 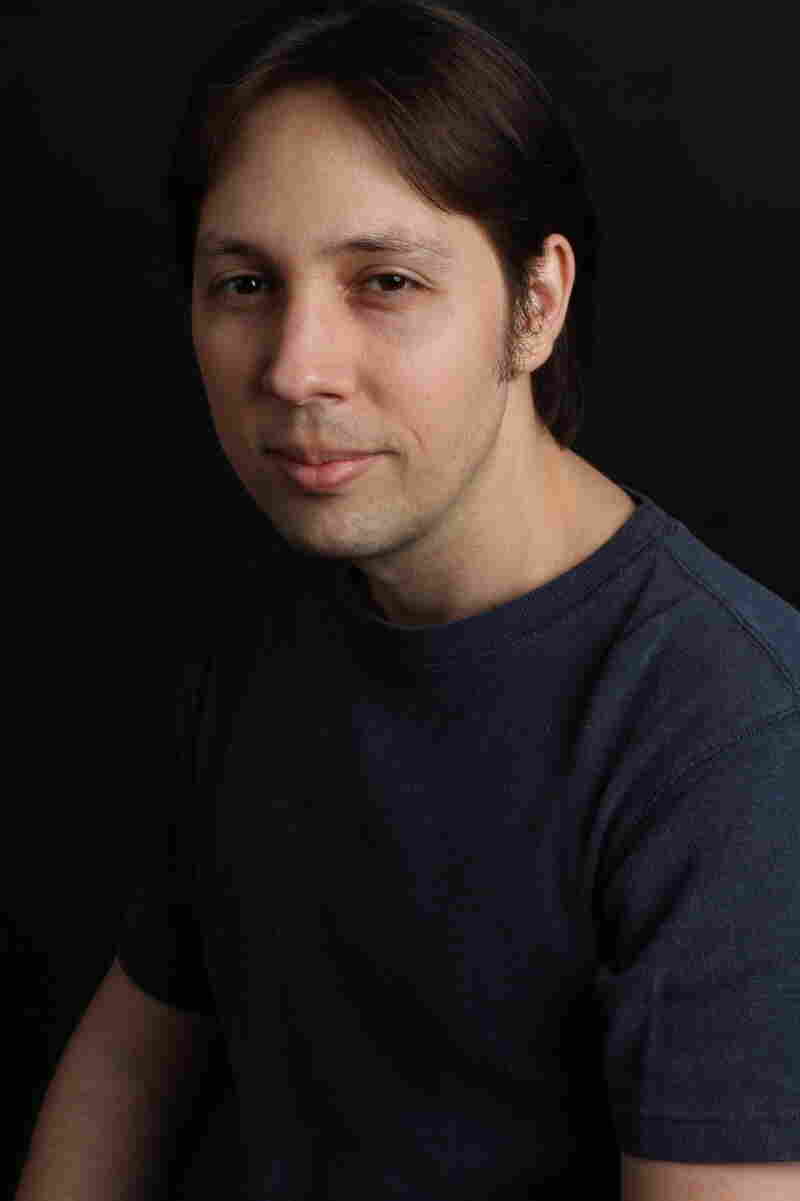 David J. Peterson has created languages for shows and films like Game of Thrones, Thor: The Dark World and Defiance. He is also the author of Living Language Dothraki. Jake Reinig/Courtesy of Penguin Books hide caption 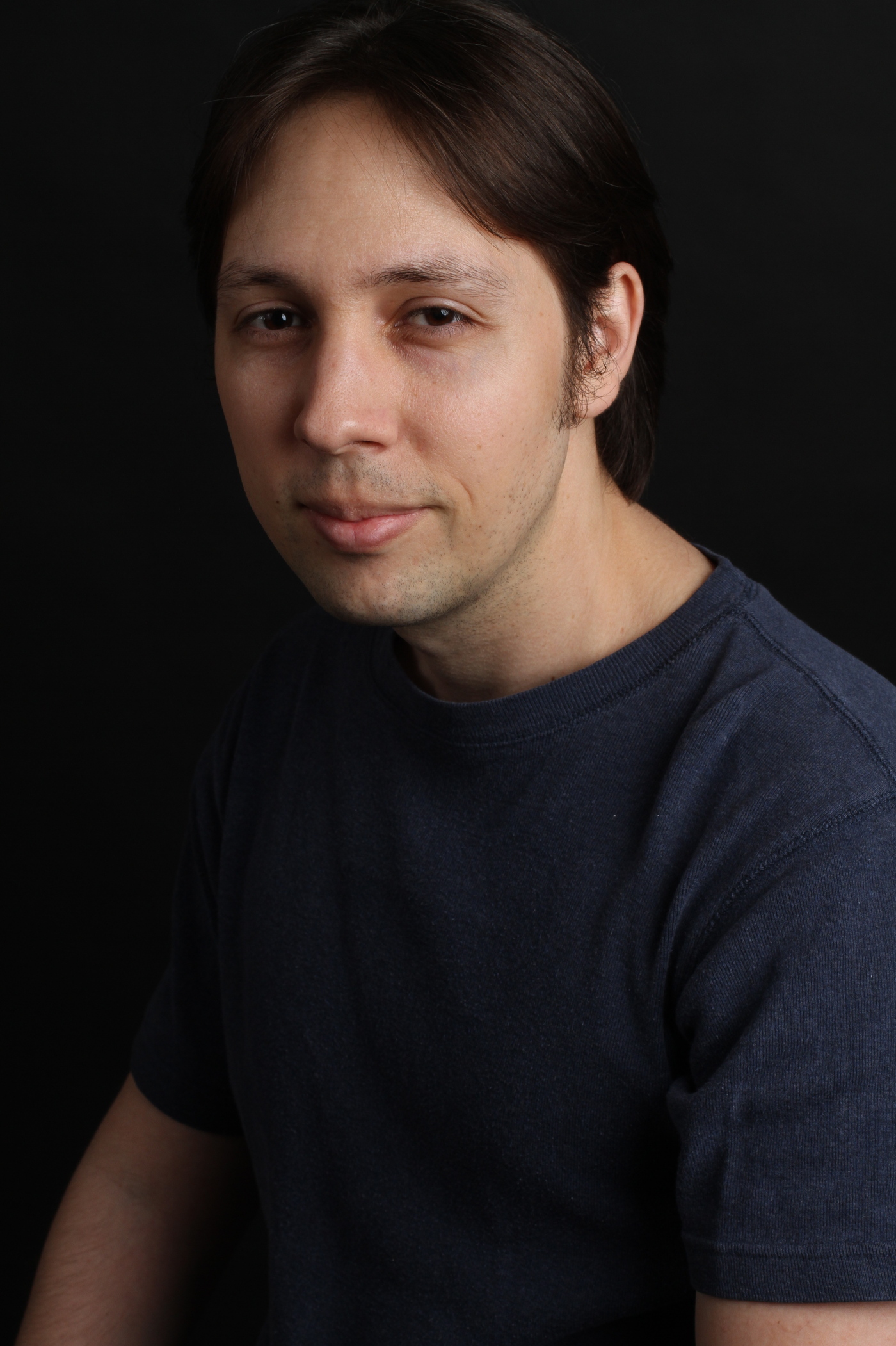 David J. Peterson has created languages for shows and films like Game of Thrones, Thor: The Dark World and Defiance. He is also the author of Living Language Dothraki.

On the scene in Return Of The Jedi that inspired him to think about language, in which Leia is negotiating with Jabba the Hutt

The part that always struck me is this weird kind of language that Leia is speaking. She basically says several of the same things twice, and they mean different things each time. The first time, she's saying, "Yaté, yaté, yotó." And that means something like, she's coming to sell the Wookiee.

Then the next time, she says, "Yotó. Yotó." It's exactly the same word as the last one from the previous one, but now it means that she's demanding 50,000, no less, after Jabba's offered her 25,000 — which is a really bizarre way for a language to work.

Why he felt disappointed rather than excited the first time he saw one of his languages on screen, in the first episode of Game Of Thrones

The first two words [a character] says are "Athchomar chomakaan," which is how you welcome one person — Khal Drogo, specifically. But when I was watching it, I totally misremembered how I'd translated it. I thought that he was going to be welcoming the entire party, and so I thought that it should be plural, which has an entirely different sound, which is "Athchomar chomakea." There's really no way you can confuse the one for the other.

Dothraki: "I will ride to the mountain."

High Valyrian: "A dragon is not a slave."

Castithan (From 'Defiance'): "I have a kind father."

Why it matters if the actors get it right

Here's the thing. The entire reason for hiring a language creator is to make sure all the language stuff is correct. I'm a stickler. But by and large — you know, I've worked on a lot of shows now, and some movies — what I see on screen, I'm pretty pleased with, even when there's an error here and there. Often I can see the choice that was made and, weighing both options, I say, "Well, you made the right choice. It looks good on screen. It sounds good. You guys did a good job."

On what attracts him to creating languages

Ever since I was a little kid, I was always drawn to art. I always knew that was the best thing. And the cool thing about creating a language is that there's two different parts to it. There's a very kind of technical part to it, which is creating the grammar, making sure that it works and making sure you've got all your bases covered. It's very much like programming, puzzle-making or problem-solving.

But then there's a very artistic component, which is the creation of the lexicon: deciding exactly how this language you're creating is going to encode the vastness of the world. All languages can say everything. The way that they differ is how they say what they say, and that's what makes language so fascinating.