Accessibility links
Interview: Jay Nordlinger, Author Of 'Children Of Monsters' In Children of Monsters, Jay Nordlinger looks at the lives of, among others, Romano Mussolini, Saif Al-Islam Gadhafi and one man who claimed to be Hitler's son. 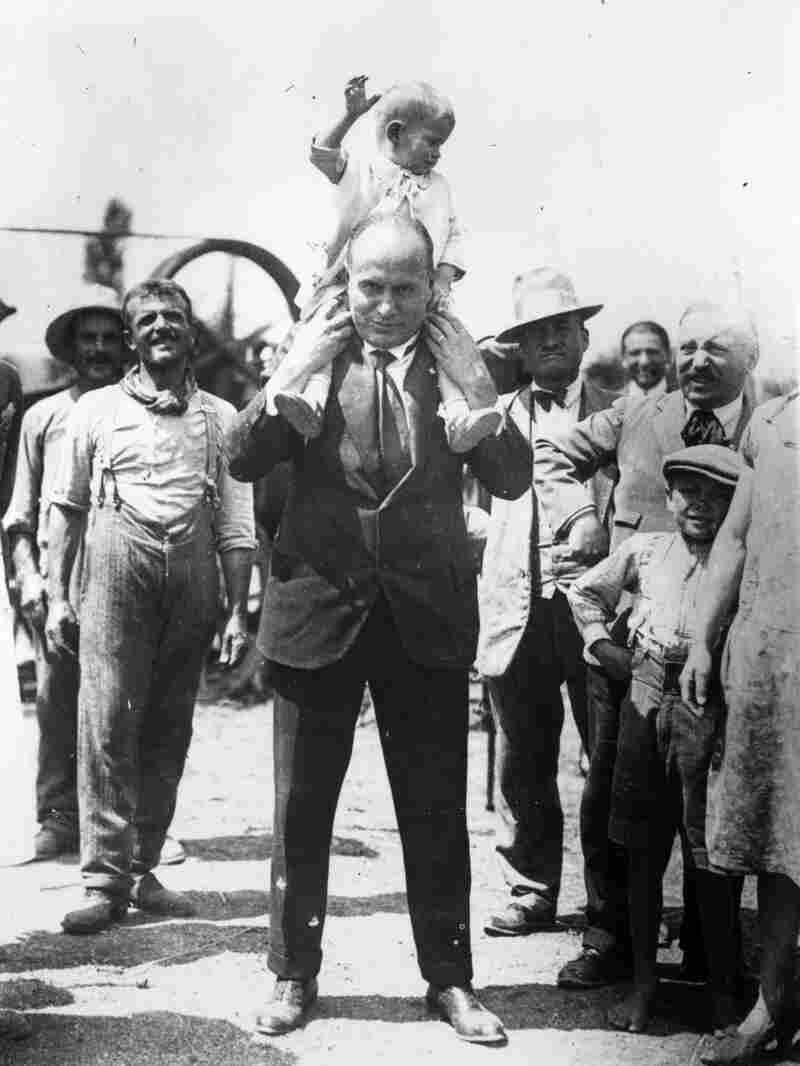 Italian dictator Benito Mussolini holds his son, Romano, on his shoulders in 1935. After his father died, Romano went on to become a jazz musician. General Photographic Agency/Getty Images hide caption 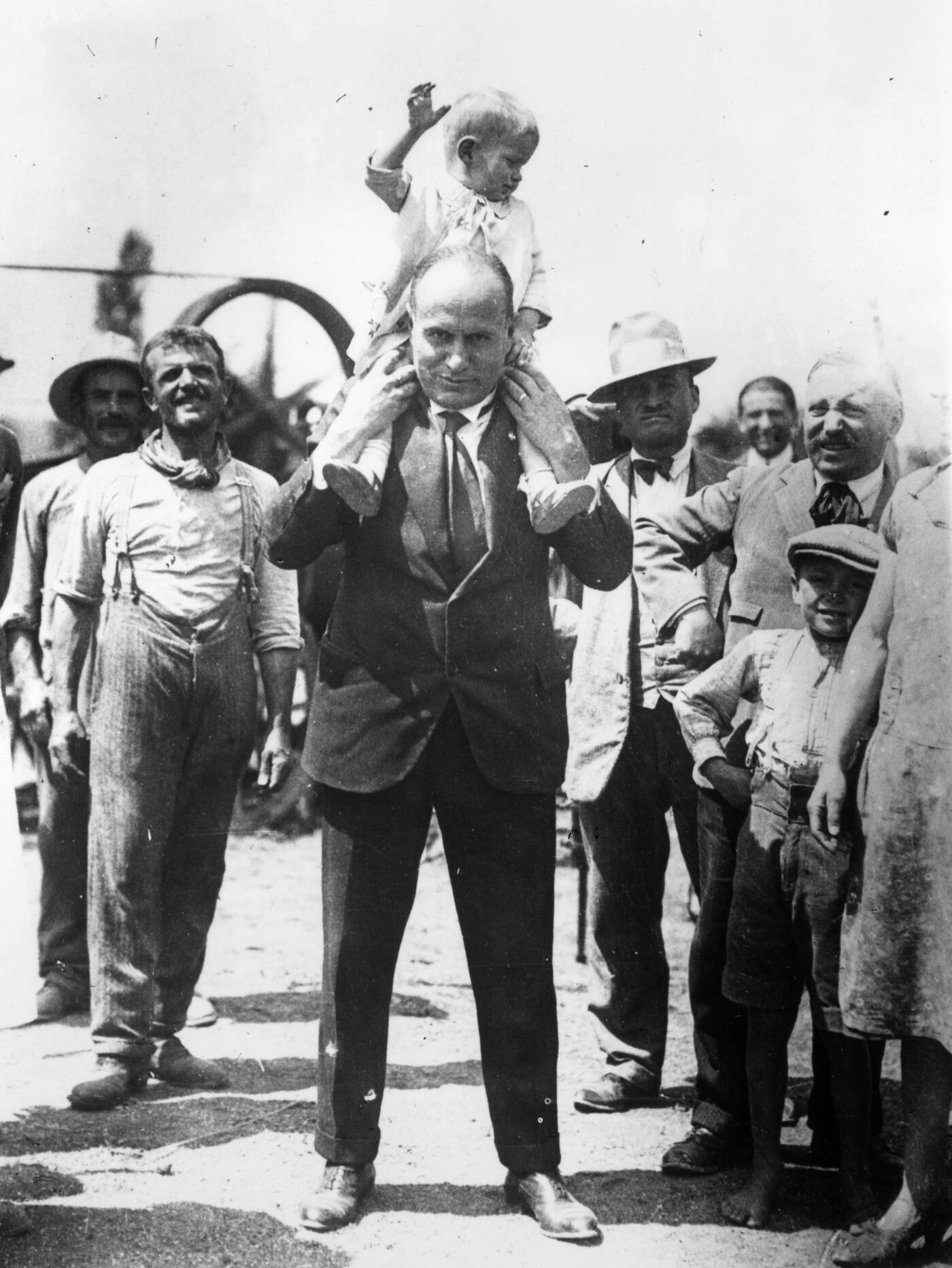 Italian dictator Benito Mussolini holds his son, Romano, on his shoulders in 1935. After his father died, Romano went on to become a jazz musician.

The children of admired, famous people can have a tough time becoming their own person despite — and even because of — all of their advantages. But what does life hold for the sons and daughters of tyrants and dictators whose very names become synonyms for evil? Does the name they bear sentence them too?

In Children of Monsters: An Inquiry into the Sons and Daughters of Dictators, Jay Nordlinger traces what happened to the succeeding generation of some of the most infamous names of history. He tells NPR's Scott Simon what he learned about the Mussolinis, the Gadhafis and the Tojos.

On the man who said he was Hitler's son, a claim many historians are skeptical of

For my book, the question of paternity is not the most important question, and he probably was not the son of Hitler. He's dead now. He was a Frenchman named Jean-Marie Loret. The question for me is this: He believed himself to be the son of Hitler — what effect did that have on him? And the answer is pretty bad. He wasn't a stable human being, is my impression, and in the end, after first resisting the idea that he was Hitler's son, he embraced it and, I'm sad to say, was proud of it. 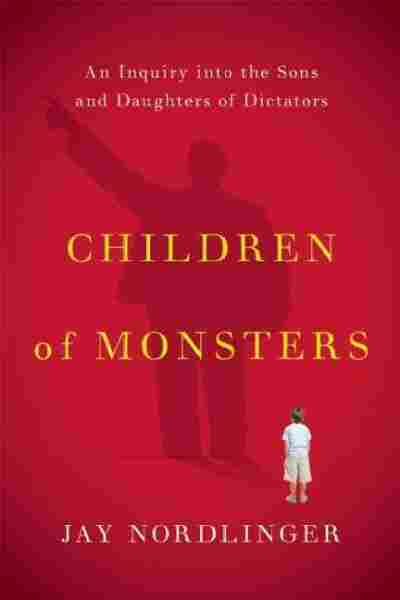 An Inquiry into the Sons and Daughters of Dictators

He was defensive of his father, one of those keepers of a dictator's flame. In fact, the last time Romano saw his father, Romano was picking out a tune from The Merry Widow on the piano and Mussolini said, "Keep playing, Romano." And he did. For a while he did play under a different name — he called himself Romano Full. ... But then he discovered that Mussolini was more of a draw than a repellant, so ever after he was Romano Mussolini.

On the children of Hideki Tojo, Japan's prime minister during World War II

They had behaved with great dignity, with sort of exemplary decorum. They've mainly been quiet; when they've spoken, they've been measured, dignified. And a great contrast is a Tojo grandchild who became famous and wrote some books and was an outright apologist for Japanese fascism and nationalism and the war.

On the son of Libyan dictator Moammar Gadhafi

This is Saif Al-Islam we're speaking of, and he tried to go straight, so to speak. He wanted to be a Western-style liberal, or an Arab reformer. He went to the London School of Economics. He almost made it, but when the civil war came and the family dictatorship was under threat, he returned home. He fought for the dictatorship and now is wanted by the Hague. ... 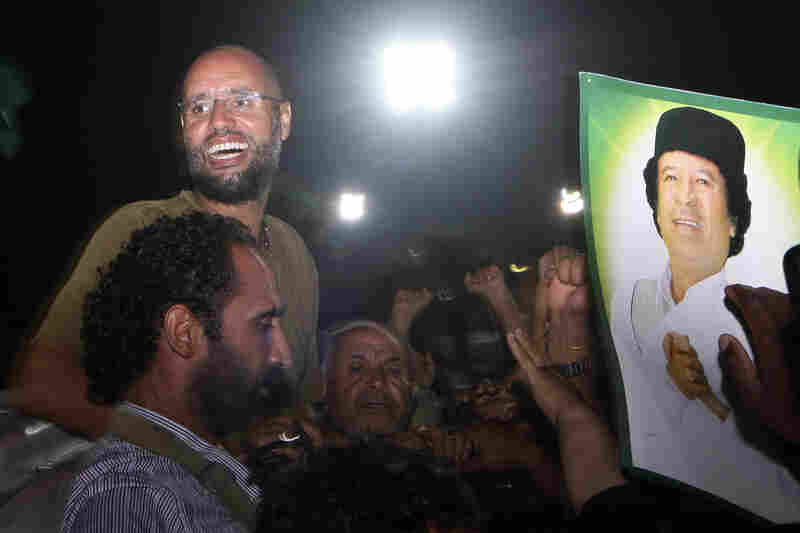 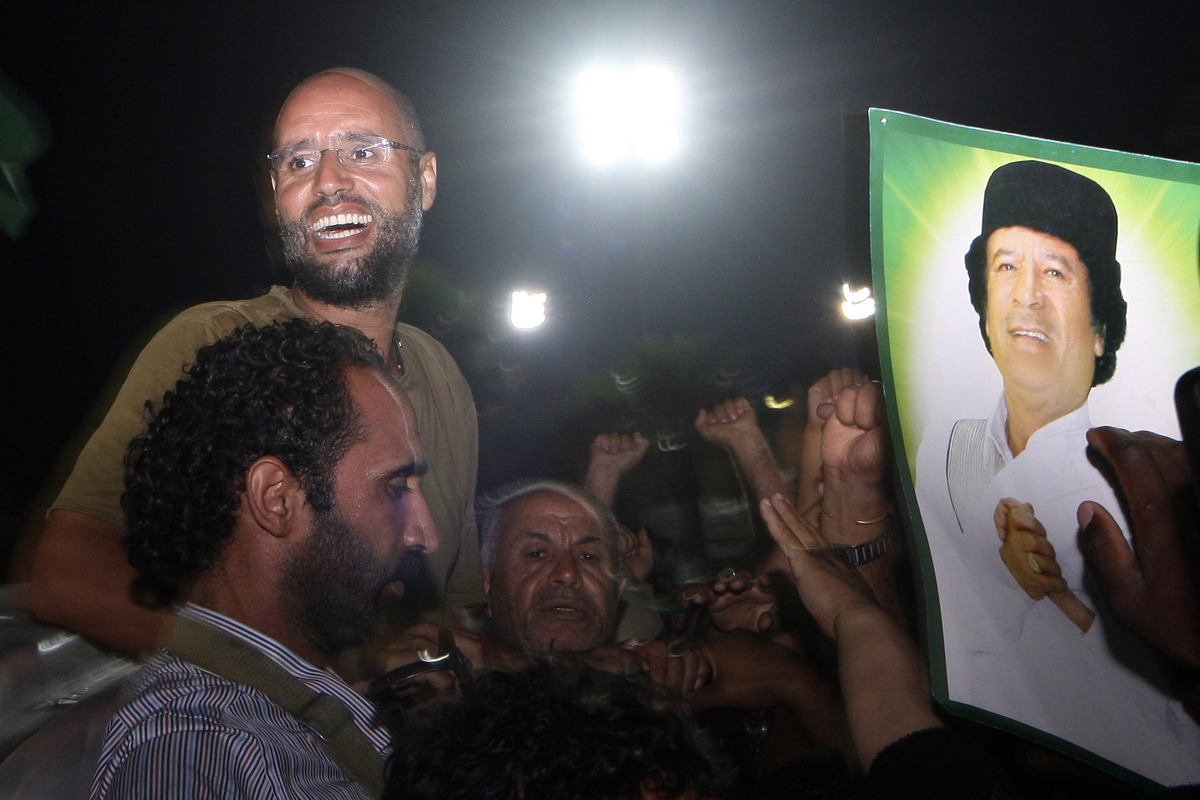 He couldn't let it go. I think the ties of blood, the ties of father and dictatorship proved in the end too strong. But I believe he was — if I can indulge in some psychological terminology — he was conflicted. There's no doubt about that. And many of these other sons and daughters are.

Very few of these kids emerged unscathed. They're all marked in a way. I admire the ones who can find their own way and live decently.

[Dictator Nicolae] Ceausescu in Romania had two sons. One was a perfect little monster who raped and tortured and murdered his way through Romania all of his short life; and the other son, Valentin, who's alive today, has lived blamelessly as far as I can tell. He's a physicist. For decades he's worked at an institute and as far as I know he's never harmed a hair on anyone's head. So where does that leave us with nature [vs.] nurture?