Accessibility links
Interview: Andy Weir, Author Of 'The Martian' Programmer Andy Weir had always longed to read science fiction with a greater focus on science. So, he wrote a novel of his own — which has since become a best-seller and, now, a blockbuster film. 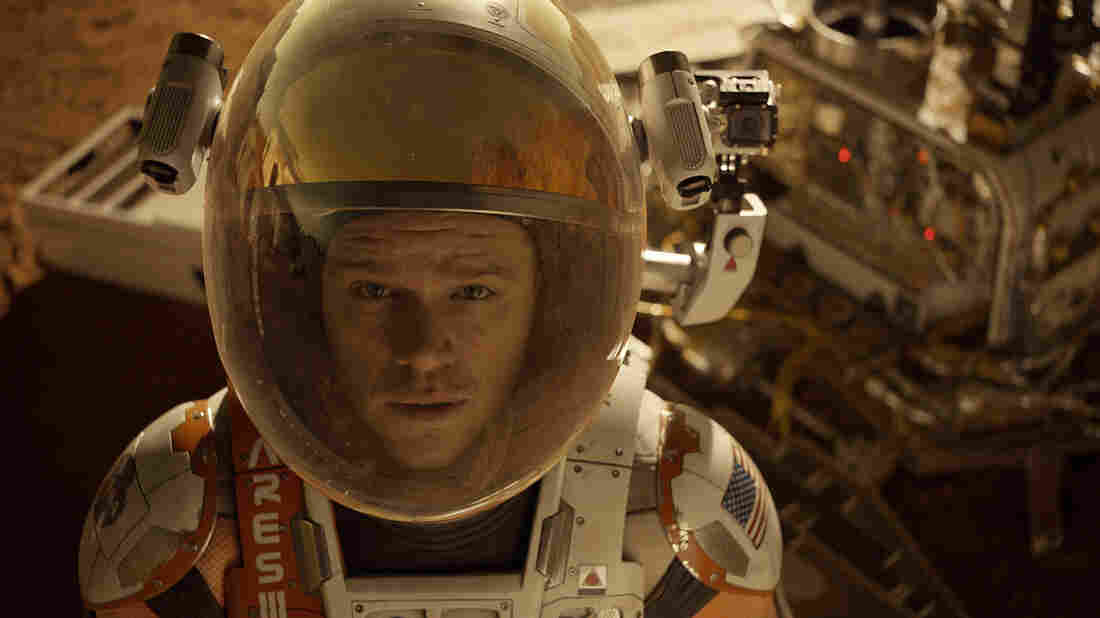 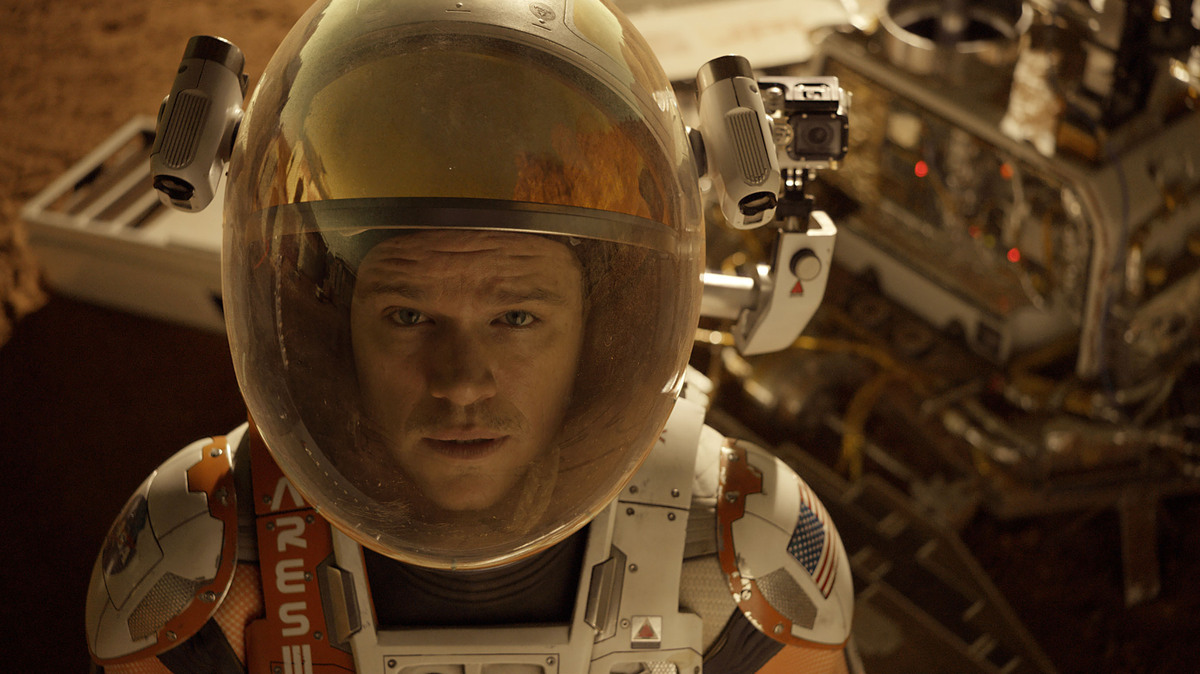 Astronaut Mark Watney (Matt Damon) gets stranded on Mars in The Martian. 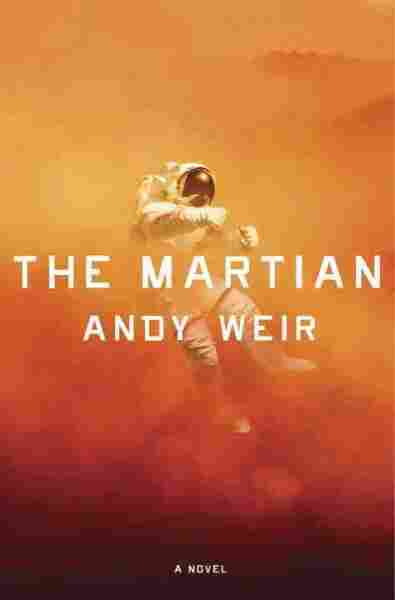 Some pretty horrible things befall astronaut Mark Watney in the new movie The Martian: sandstorms, explosions, extreme isolation, even frustrations growing potatoes. It's a series of unfortunate events that's at once highly scientific and very entertaining.

The Martian is the brainchild of author Andy Weir, who wrote the blockbuster novel that inspired the film. As Weir tells it, he'd always longed for some science fiction with greater emphasis on the science.

"I was sitting around thinking about how a manned mission to Mars could actually work using today's technology. Then I started thinking about all the things that could go wrong," Weir tells NPR's Arun Rath.

"So I created an unfortunate protagonist and subjected him to all of it."

Weir began writing the story in serialized posts on his personal website. When he finished, readers asked him to publish an e-book version on Amazon — where it became a runaway best-seller and caught the eyes of both Crown Publishing (for a physical book) and Twentieth Century Fox (for a movie).

"I mean, you fantasize about that sort of thing," he laughs. "But you don't really think it's gonna happen."

On how the deals came together

The print deal and the movie deal were being negotiated simultaneously, and ultimately the two deals were agreed to four days apart. That was an eventful week for me. By the way, at the time I was a computer programmer, so I was like in my cubicle fixing bugs, then I'd sneak off to take a phone call about my movie deal, then back to my cubicle to fix bugs. It was pretty surreal. 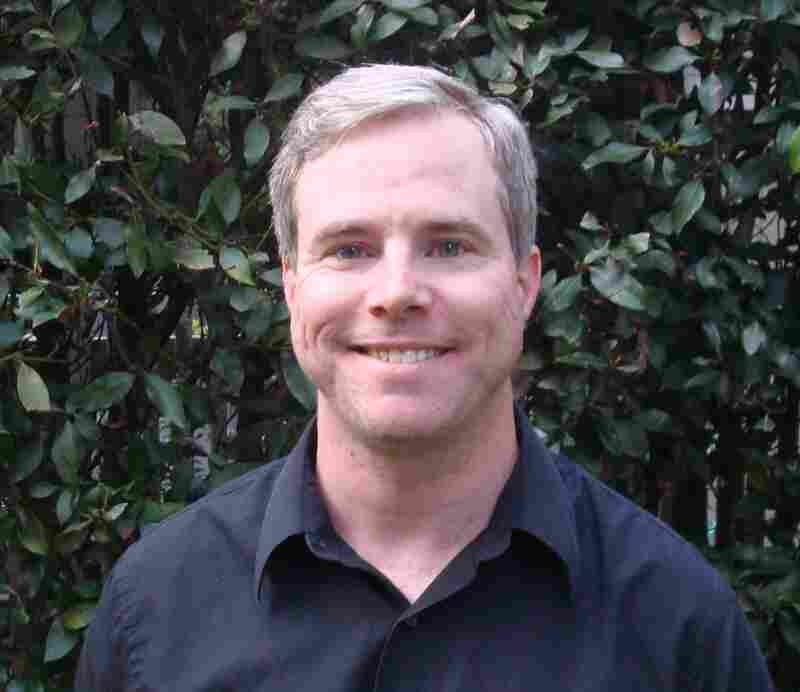 Andy Weir works as a software engineer. The Martian is his first novel. Courtesy of Broadway Books hide caption 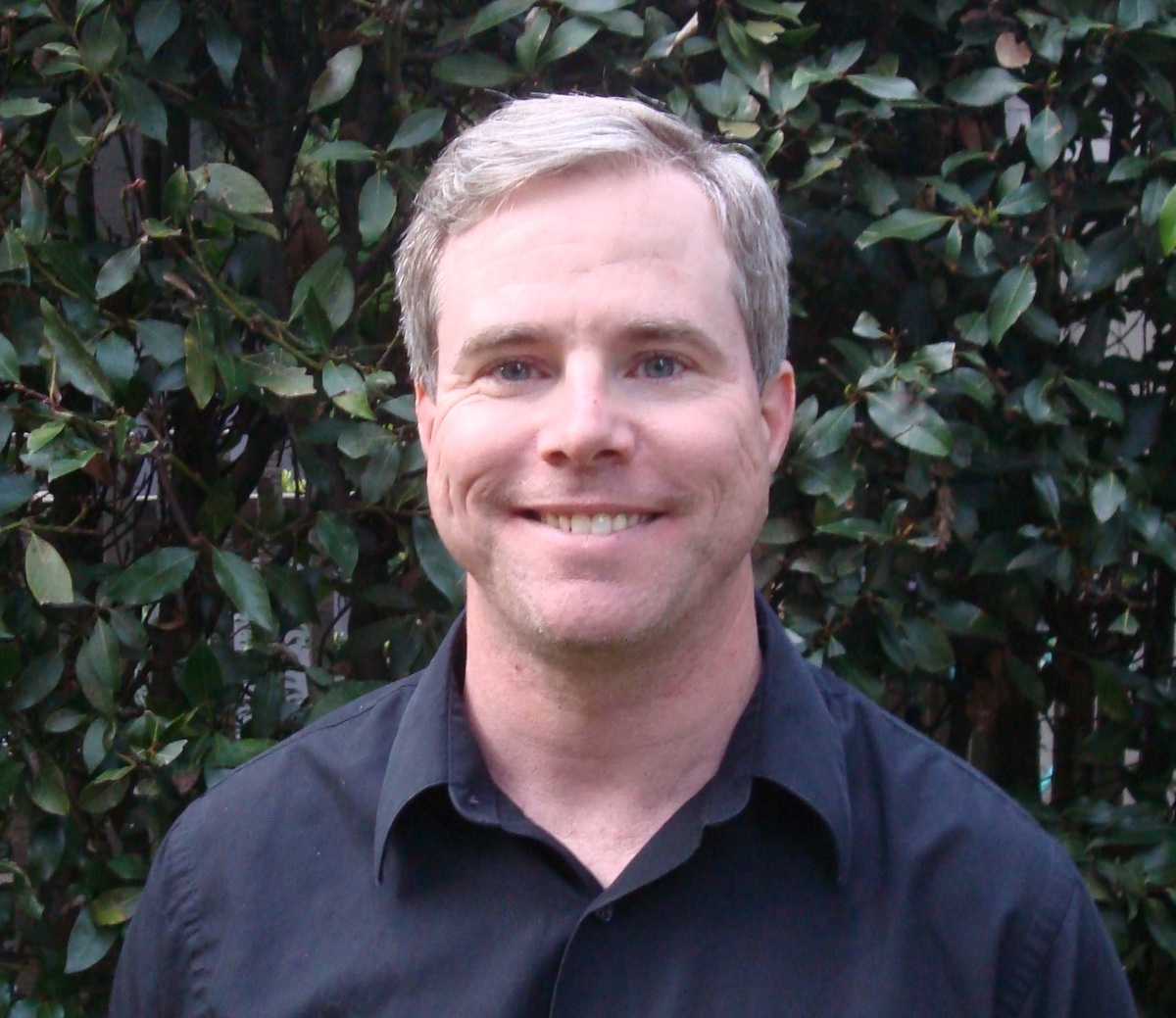 Andy Weir works as a software engineer. The Martian is his first novel.

On Hollywood's relationship with science

The purpose of Hollywood is to make something that's fun to watch. And they will happily sacrifice scientific accuracy for entertainment, and I don't think there's anything wrong with that. ... It doesn't bug me that they do that.

Sometimes it bugs me when they perpetrate scientific myths. Kind of like — what was a recent one? [The film] Lucy -- where they said, "You know, humans only use 10 percent of their brain." That's one of those science myths that drives me crazy. I want to beat my head up against the wall whenever I hear that.

It's one thing to say, "Our ship has a warp drive and can travel hundreds of times the speed of light." But it's another thing to actually reinforce a public misconception about science.

On his opinion of the movie

They did a great job. It is fantastic. Matt Damon just completely nails the character of Watney. He's exactly the way I imagined him.

One thing that Ridley Scott [the director] is actually kind of famous for in a lot of his movies are these grand, sweeping panoramic vistas of the setting. And The Martian is no different. There's beautiful shots of Mars and Martian scenery and terrain. That's something that's really hard to convey in a book. There's only so long you can describe scenery and landscape before the reader throws the book over his shoulder. So it was really nice to see that.

On the biggest scientific inaccuracy in the movie

The biggest inaccuracy in the movie is straight from the book, so it's also a big inaccuracy in the book. It's right at the beginning, the sandstorm that strands him there. (So this is not a spoiler; everyone knows he gets stranded there due to a sandstorm.)

In reality, Mars' atmosphere is 1/200th the density of Earth's. So while they do get 150 km/hr sandstorms, the inertia behind them — because their air is so thin — it would feel like a gentle breeze on Earth. A Martian sandstorm can't do any damage. And I knew that at the time I wrote it.

I had an alternate beginning in mind where they're doing an engine test on their ascent vehicle, and there's an explosion and that causes all the problems. But it just wasn't as interesting and it wasn't as cool. And it's a man-versus-nature story. I wanted nature to get the first punch.

So I went ahead and made that deliberate concession to reality, figuring, "Ah, not that many people will know it." And then now that the movie's come out, all the experts are saying, "Hey, everyone should be aware that this sandstorm thing doesn't really work and Mars isn't like that."

So I have inadvertently educated the public about Martian sandstorms. And I feel pretty good about that.