Accessibility links
A-WA Blooms In The Desert, And Other New Global Sounds A mix of old and new with fresh, fun sounds from Israel, Canada, Germany and Estonia. 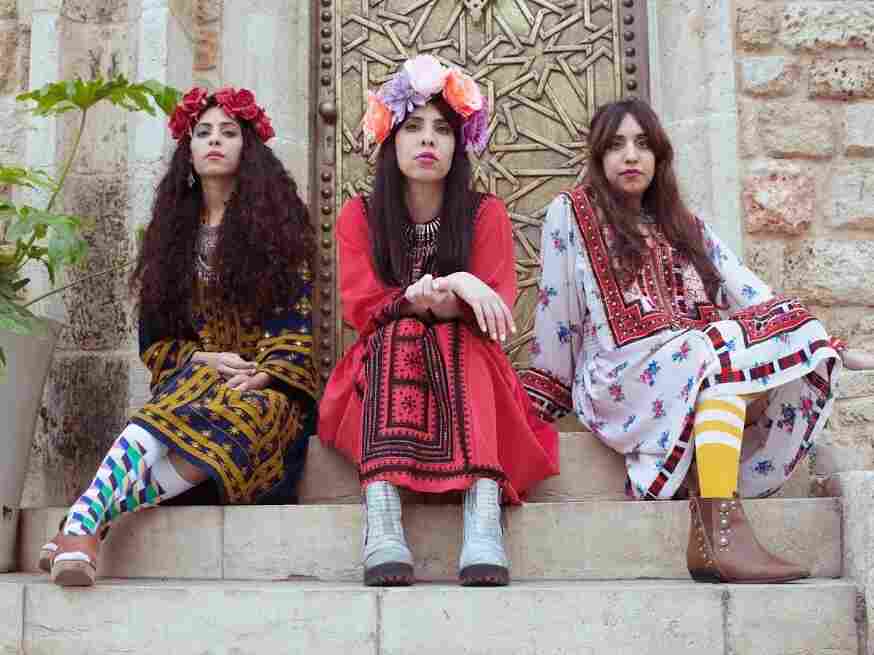 A-WA is an Israeli band featuring three sisters named Haim — who are not in the band called Haim. Tomer Yosef/Courtesy of the artists hide caption 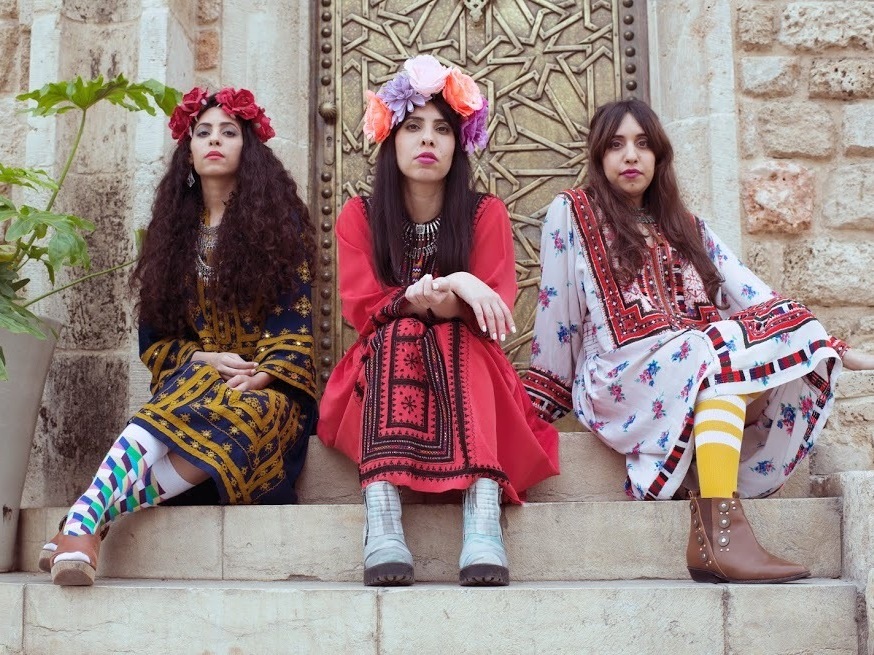 A-WA is an Israeli band featuring three sisters named Haim — who are not in the band called Haim.

Tomer Yosef/Courtesy of the artists

Imagine the band Haim meeting the late Ofra Haza, with some EDM thrown in for good measure. That's the wave the fast-rising Israeli sister act A-WA — Tair, Liron and Tagel Haim — rides. (Yes, their last name is Haim, too.) They pull inspiration from their Yemeni Jewish roots, as well as exploring commonalities with their Arab neighbors, including language; the band usually sings in Yemeni Arabic.

Produced by Tomer Yosef, whose band Balkan Beat Box you definitely know (even if you don't realize it), A-WA pairs old and new both sonically and visually, as you'll see in the video for their song "Habib Galbi" (Love of My Heart), filmed near their home village in the barren desert of Israel's far south. Check out the tasselled snapbacks on their track-suited dancing friends — caps that manage to reference both hip-hop and traditional tarboosh hats, a.k.a. fezzes.

Here's another musical pairing that bridges cultures farther afield from each other: a song from Pierre Kwenders (the stage name of José Louis Modabi) called "Mardi Gras." Born and initially raised in Kinshasa, Democratic Republic of Congo, this singer and DJ moved to Canada as a teenager and is now based in Montreal. This is an electronic track redolent not just of Congolese dance music, but also of distinctly Acadian flavors, between some suave fiddling and a rap from Jacobus, aka Jacques Alphonse Doucet of the band Radio Radio.

A huge hit on the European charts right now is a song by the German rapper Sido, featuring German-Egyptian singer Andreas Bourani. "Astronaut" is kind of an "It's The End of the World As We Know It" for 2015, auf Deutsch; here's a translation of the lyrics. It's been at the top of the German songs chart for two weeks and counting.

Let's turn to the ethereal sounds of Estonian fiddler and singer Maarja Nuut, who's now touring the U.S. She reaches back into her country's folk heritage, ushering it into the 21st century through looping and spaciousness that echo the work of another artist — composer Arvo Pärt — who also hails from Rakvere, Nuut's small hometown in the north of Estonia. Nuut's music is mesmerizing and deeply soulful.

And we're sending special (though belated) holiday greetings to Latitudes' Jewish and Muslim friends: Shanah Tovah and Eid Mubarak. It's not quite traditional, but I can't help sharing this from Boston-born punk band The Kominas.