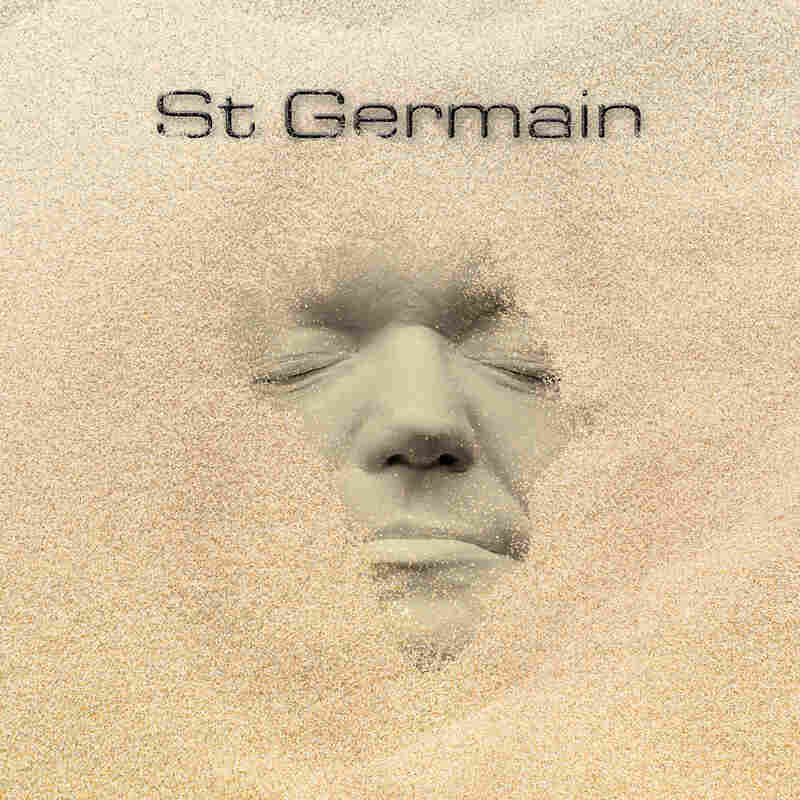 toggle caption
2nis/Courtesy of the artist. 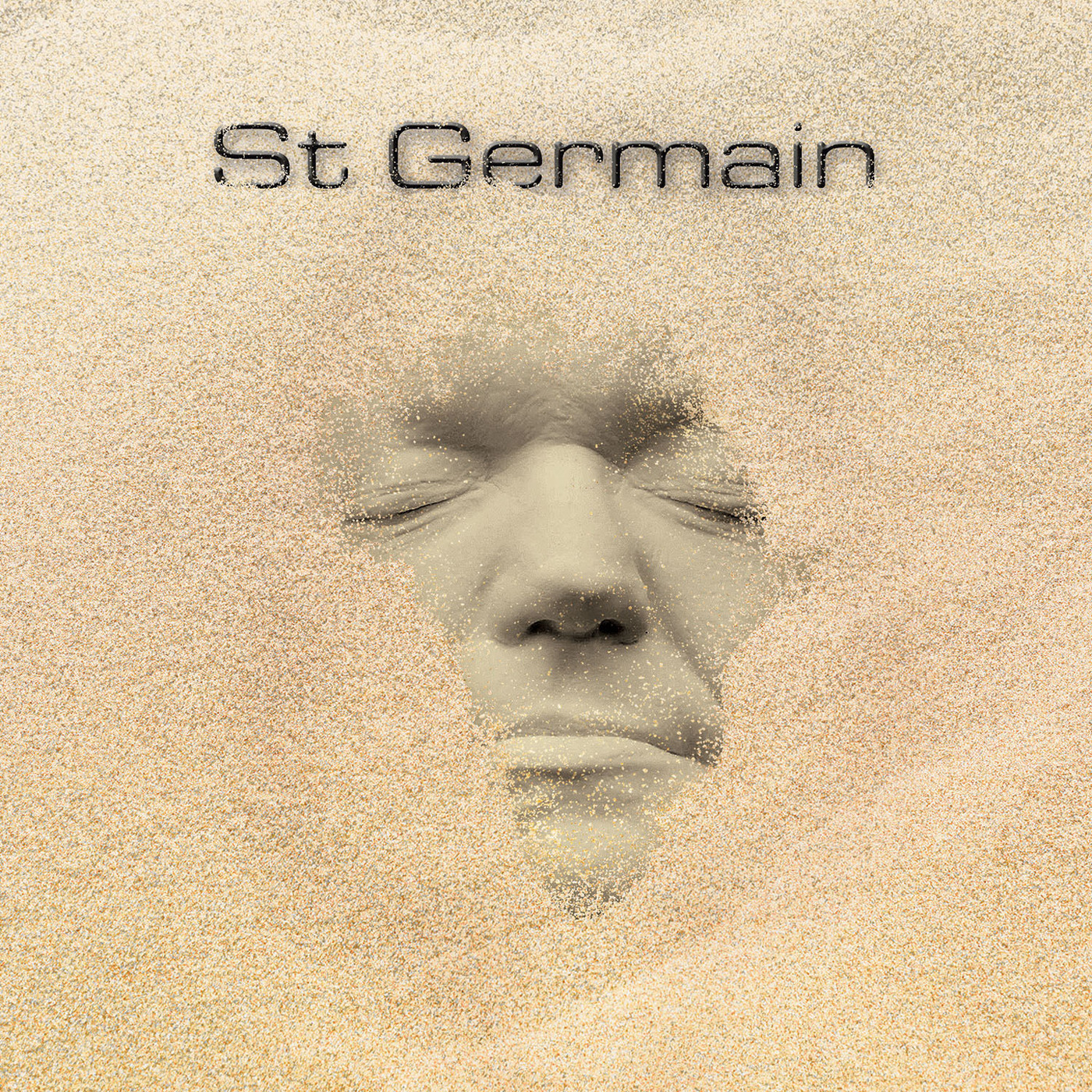 When we last heard from Ludovic Navarre, the French DJ and producer better known as St. Germain, it was in the predawn hours of EDM, before the age of raves in casino hotels and Garage Band on every laptop. The calendar had completed its momentous flip to 2000, and there was, in popular culture, a sense that technology could be a life-enhancing, ease-promoting, creativity-fostering force.

Navarre's breakthough album, Tourist, aligned with this moment. Its single, "Rose Rouge," started with a beat derived from Chicago house, but it was the assortment of sounds riding on top — drone bass, jazz ride cymbal, the thick voice of Marlena Shaw — that broke with conventional DJ thinking. Sleek and streamlined and subtle, that track and all of Tourist offered passage into a new realm of chill; an upscale serenity. (Or, at the very least, a better Banana Republic shopping experience.)

Navarre's music operated within a clearly defined aesthetic. Built on and based around loops, his tracks were precision-tuned, smooth-motoring creations, loose and tight at once. Their spaciousness allowed for quirky improvisations and sonic events that wandered off-script — indeed, the constant shift between lockstep pulse and random outburst made Tourist seductive to both jazz people and denizens of clubland, tribes not usually known for their overlapping tastes. It sold more than three million copies, and won Victoires de la Musique awards (the French equivalent of Grammys) for Best Jazz Album and Best Electronic Album. Navarre toured behind it for more than two years, at times performing in the company of such jazz luminaries as Herbie Hancock.

And then he disappeared. In a recent interview with London's The Independent, he said he recognized that he couldn't simply return to the same ideas or atmospheres for his next work. So he embarked on an extended period of research and experimentation. He burrowed into the music of West Africa to find links between Africa and the blues in the work of visionary Malian guitarist Ali Farka Toure. Navarre spent time in the Malian communities of Paris, where he encountered the tremendous guitarist Guimba Kouyate and others. Through them, he discovered a way to do something quintessentially St. Germain: devising loops that serve as a backdrop for heated instrumental ad-libbing from not just Kouyate's electric guitar, but also traditional Malian instruments like balafon and kora. He's said it took him six years of full-time work to create this eponymous new album.

Anyone familiar with music from Mali will have to give Navarre this much: Though his endeavor is electronic music and not ethnomusicology, he's tapped into core ideas that have served African musicians for generations. Most tunes are organized around short recurring guitar riffs and bloblike single-note bass textures. Their predictable steadiness inspires the others to go in the opposite direction, shattering the poised setting with impassioned vocal entreaties or equally raw, twisted-up guitar cries. The highlight of "Real Blues" isn't the deeply anguished Lightnin' Hopkins vocal sample, as great as it is, but the stupendous balafon solo that follows it. At precisely the moment when a track threatens to settle into hold-music banality, along comes some unexpected element — a metallic shaker, a latticework of interconnected percussion loops, a phase-shifted kora, a carefully plucked guitar cue — to twirl for a moment in the foreground. "Voilà" shows how St. Germain exploits the contrast between the momentary disruptive "event" and the steady ongoing loop: As the track winds down, there's a stunning whirling-dervish guitar improvisation from Kouyate, a moment that feels solidly African. Right after that, Navarre brings up the percussion, and when the tune ends we're a continent away, at a festival of shakers and rattles that feels lifted directly from a Rio samba parade. (The percussionist, Jorge Bezerra, is Brazilian.)

Navarre remains a sly master of the textural mix; a producer whose sweeping effects and atmospheric auras become part of the structure of the tunes. Still, Kouyate and the other musicians here deserve just as much credit for the overall feeling of the record. Kouyate is a storyteller in the true African sense: Using short little jabbering phrases, he states a modest idea and then, working with extreme patience, builds it into something larger, more dramatic. He thrives within St. Germain's sonic schemes; his terse rejoinders between vocal phrases are as spellbinding as his full-on solos. He doesn't need to stand in the spotlight to shape the feeling of the entire track. Even his single sustained notes tell stories.

Listening closely to Kouyate throughout, you get the sense that, though he was a hired hand, he ended up teaching Navarre a lot about the delicate balances that give African music its nuance and grace. Nothing here feels heavy or labored — in fact, some tracks sound like they could have happened live in the studio. In those moments, everyone involved is seeking not just the right notes, but also the most apt expression; those sounds that lift the music into the higher spirit realms. For years, a standing criticism of loop-based music has been that its repetitions rarely elevate, much less soar. That's not the case here.