Accessibility links
Suspense And Emotion Teeter Alongside Each Other In 'The Walk' Aside from a shaky French accent from Joseph Gordon-Levitt, The Walk is pretty compelling once it actually gets to the story of a famous wire walk between the twin towers.

Suspense And Emotion Teeter Alongside Each Other In 'The Walk'

Suspense And Emotion Teeter Alongside Each Other In 'The Walk' 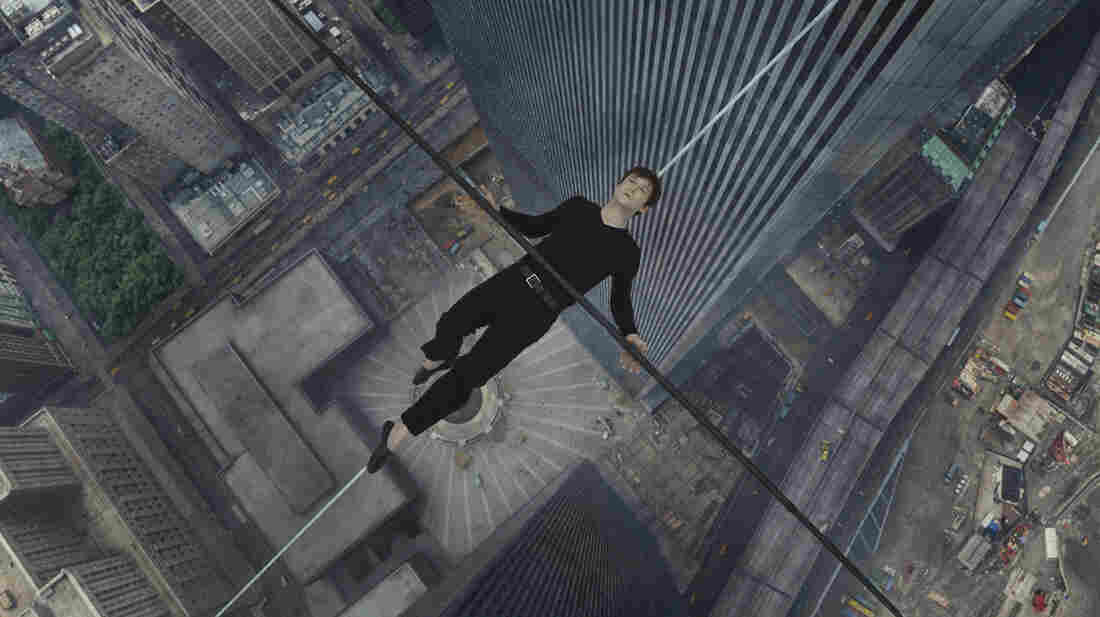 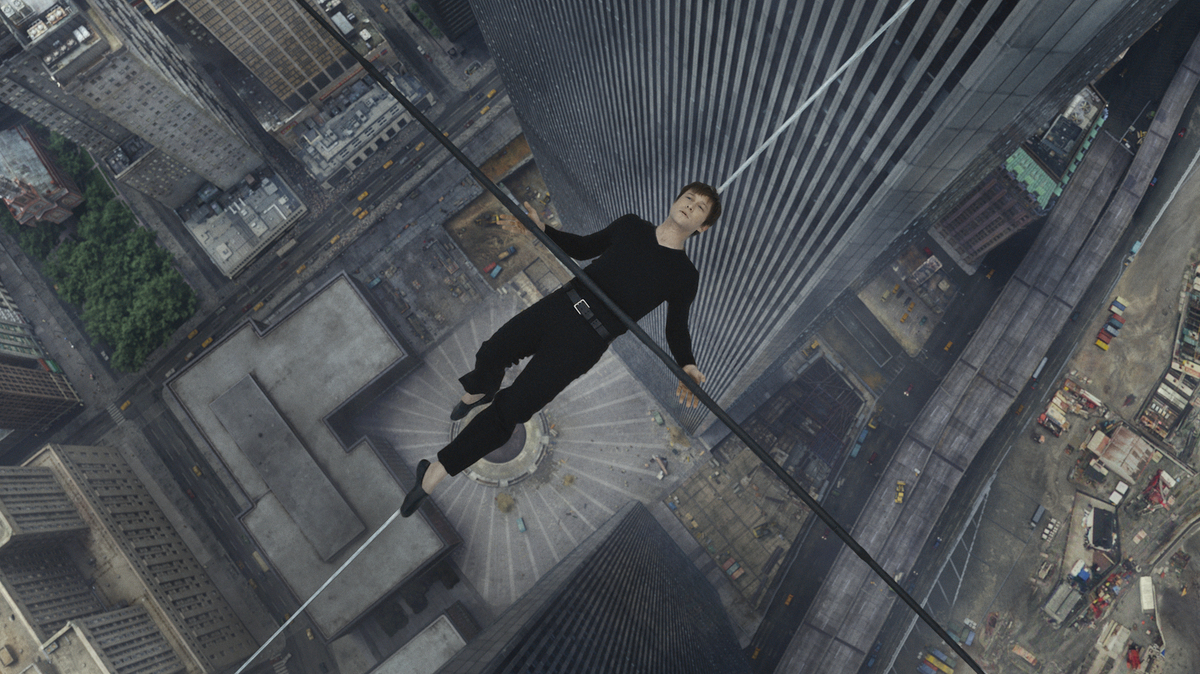 In their absence, the twin towers have occupied such a significant place in the American conscience, it can be easy to forget they were once considered a blight on the landscape. "Like two file cabinets," snorts one New Yorker in The Walk, Robert Zemeckis' exhilarating film about Philippe Petit, the French wire-walker who tightroped across the towers as they were nearing completion in 1974. Zemeckis makes our current associations with the World Trade Center a little too explicit at times, but his film carries the touching sentiment that buildings are not defined by their architecture. They're animated by our imagination and our experiences, too.

For Petit, a street performer and self-styled artiste from Paris, the construction of the World Trade Center was a dream clarified, the ultimate high-wire act for a man with no respect for proper permits. With a showman's buoyancy and a Maurice Chevalier ahkzent zet takes some getting used to, Joseph Gordon-Levitt plays Petit as a twinkle-eyed visionary who understands the Towers' majesty before anyone else does. After covering the bullet points of Petit's backstory—a childhood interest in juggling, miming, unicycling, and wire-walking; a mentorship under circus scion Papa Rudy (Ben Kingsley); an audacious walk across the towers of Notre-Dame Cathedral—the film finally lands in New York City, where he and his co-conspirators make plans for the surreptitious walk of the title.

The first half of The Walk gets into the origins of Petit's philosophy and craft, as well as the support he brought with him to America, but Zemeckis can't get through that obligatory business fast enough. Once it's wheels-down in New York City, however, Petit (and the movie) really set to work. The second hour of The Walk has the quality of a great heist film: Petit assembles a team of trusted confidantes and motley additions, stakes out the location, plans a complex operation down to the very last bolt, and then finally sets about executing it. But for all of his meticulousness, there are still plenty of close calls and hair-raising feats of improvisation.

Petit's self-described "coup" has been recounted before, in the fine documentary Man on Wire, but Zemeckis' combination of digital artistry and old-school storytelling chops brings a singularly exquisite tension to the final act. It's not often that a sequence is at once suspenseful and moving, but that's where grunt work of establishing the stakes and paying close attention to detail pays off. The audience can feel the tension—and the possible points of vulnerability—in the wire itself, and appreciate what it means for Petit (and for America) to be held in precarious balance between the Towers, giving them a story to tell. Suddenly, these immense file cabinets in the sky have a necessary splash of paint on them and New Yorkers can see them in a new light. The fact that we'd see them in another way after they're gone makes The Walk a stealth September 11 tribute, the most beautiful of its kind since the opening credits of Spike Lee's 25th Hour.

Expanding on a résumé that includes Back to the Future, Who Framed Roger Rabbit?, Contact, Forrest Gump, and Death Becomes Her, The Walk also affirms Zemeckis as a peerless orchestrator of special effects. This is the rare movie that's essential in 3D, because Zemeckis takes advantage of the format's potential for depth and visceral pop. Advances in 3D have made comin'-atcha effects seem gauche, as many of the most celebrated examples (such as Avatar, Coraline, Hugo, and Pina) have focused on creating immersive environments rather than poking viewers in the face. Zemeckis does both, inducing the intense vertigo of being suspended 110 stories high while occasionally extending the wire to the seats, tendril by tendril.

There are plenty of nits to pick about The Walk: Gordon-Levitt's overcranked performance, the excessive whimsy and biopic conventionality of the French section, the thinly drawn relationships between Petit and his team, the slight overstatement of the September 11 theme. But Zemeckis throws all of the emphasis on the walk itself, which minimizes the film's annoyances and justifies the groundwork necessary for the big payoff. In that, he and Petit have everything in common.