Accessibility links
Grief Is Unpredictable In 'After You' Jojo Moyes' follow-up to her 2012 best-seller Me Before You picks up with heroine Lou, heartbroken after the death of her love Will. Stuck in a bad job and numb with grief, Lou must build a new world.

Grief Is Unpredictable In 'After You'

Grief Is Unpredictable In 'After You' 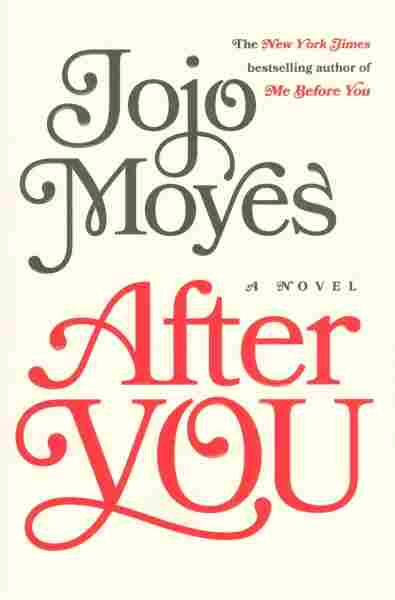 Title
After You
Author
Jojo Moyes

Grief is a tricky subject.

It's a tricky subject in real life, because no two people will ever deal with it in exactly the same way, and often we expect people to deal with their grief much differently than they actually do.

I admit, I was anxious to read After You, Jojo Moyes' follow-up to Me Before You, the book that rolled quietly into blockbuster status three years ago. In that book, Moyes forced readers to look unflinchingly at a troubling subject: a quadriplegic man who wanted to end his own life. Louisa (Lou) Clark gets a job as part caretaker, part companion to Will Traynor, a formerly vigorous and successful man who is confined to a wheelchair, unable to do nearly anything for himself. Lou falls for Will, and Will falls for Lou — but not hard enough to change his mind.

In After You, Lou is dealing with both the grief of losing Will and the guilt and occasional regret of helping him end his life. Will left her a significant amount of money, on the condition that she live an interesting life, but nothing that she's done since his death has left her feeling satisfied or able to fill the hole he's left.

Lou blows the last of the money on an apartment, leaving her stuck in a dead-end bartending job. When a freak accident has her family convinced she tried to kill herself, she ends up in a grief support group, and her social life begins to open up in unexpected ways. And that's before the abandoned teenager Lily shows up on her doorstep.

If Me Before You was about making devastating choices, then After You is about living through the emotional consequences of those choices. Will has been gone for two years, but Lou can't move forward; she's stuck in the turmoil of losing him and the understanding that she couldn't make him want to live. And just when she sees a chance to free herself, new entanglements hold her back from following an exciting job prospect.

Moyes is beloved for many reasons. Even when her basic story arcs can be simplified into romance, she's weaving other moral questions into the tapestry. For Lou, moving on from Will is braided into the complicated dilemma of becoming a de facto parent for the abrasive yet vulnerable Lily, and when Lily's crisis intersects with Lou's opportunity, she can't bring herself to turn her back on the girl, much to the consternation and exasperation of everyone who loves her.

But that's the power of Lou and the genius of Moyes. Lou leads with her heart; she's a unique combination of bullheaded and open-minded. Determined at her first grief support meeting to never go back, ultimately it's Lou who moves everyone forward.

In all of her books, Moyes peers deftly into class issues, social mores and complicated relationships that raise as many questions as they answer. And yet, there is always resolution. It's not always easy, it's not always perfect, it's sometimes messy and not completely satisfying.

But sometimes it is.

Lou's life has been untethered and restless. But just like working with Will, learning to love Will, showed her a whole new world, now she has to make her own new world without him. Now she has to learn to love without him.

And she does, in myriad ways. In so doing, she reminds herself to live.