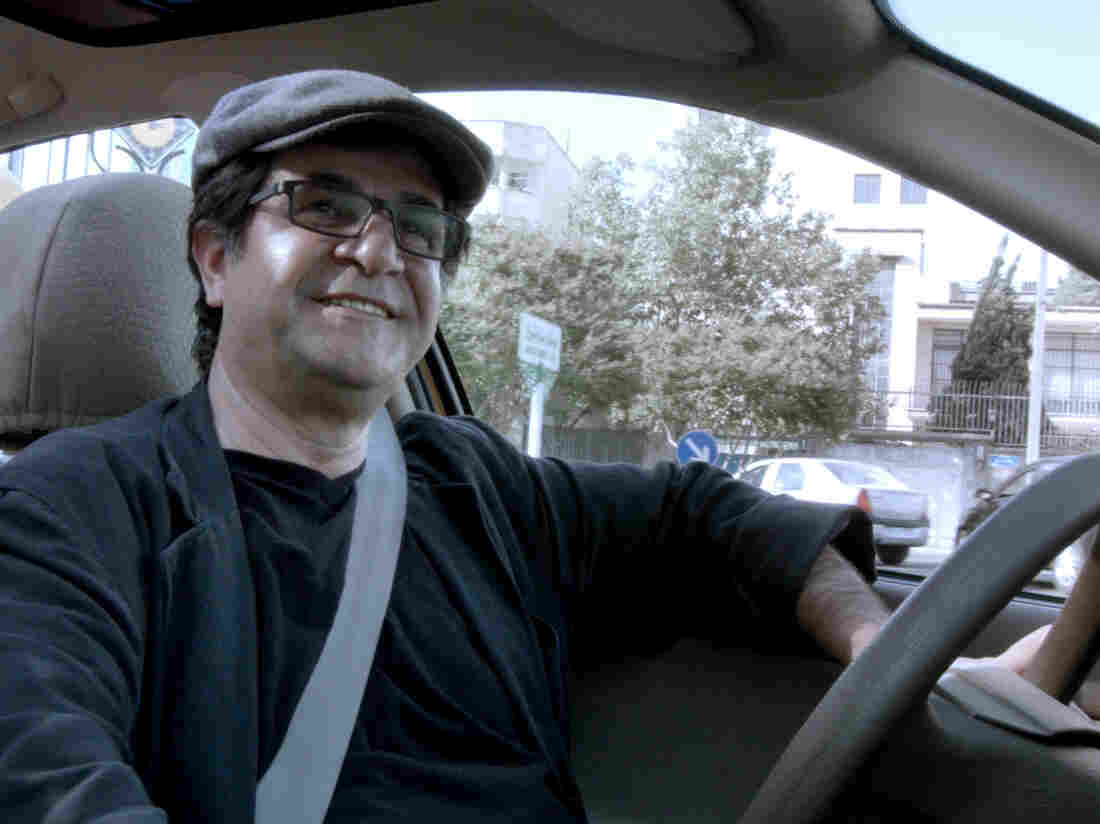 Director Jafar Panahi is a smiling and ever-sunny cab driver in his most accessible nonfilm yet. Courtesy of Kino Lorber hide caption 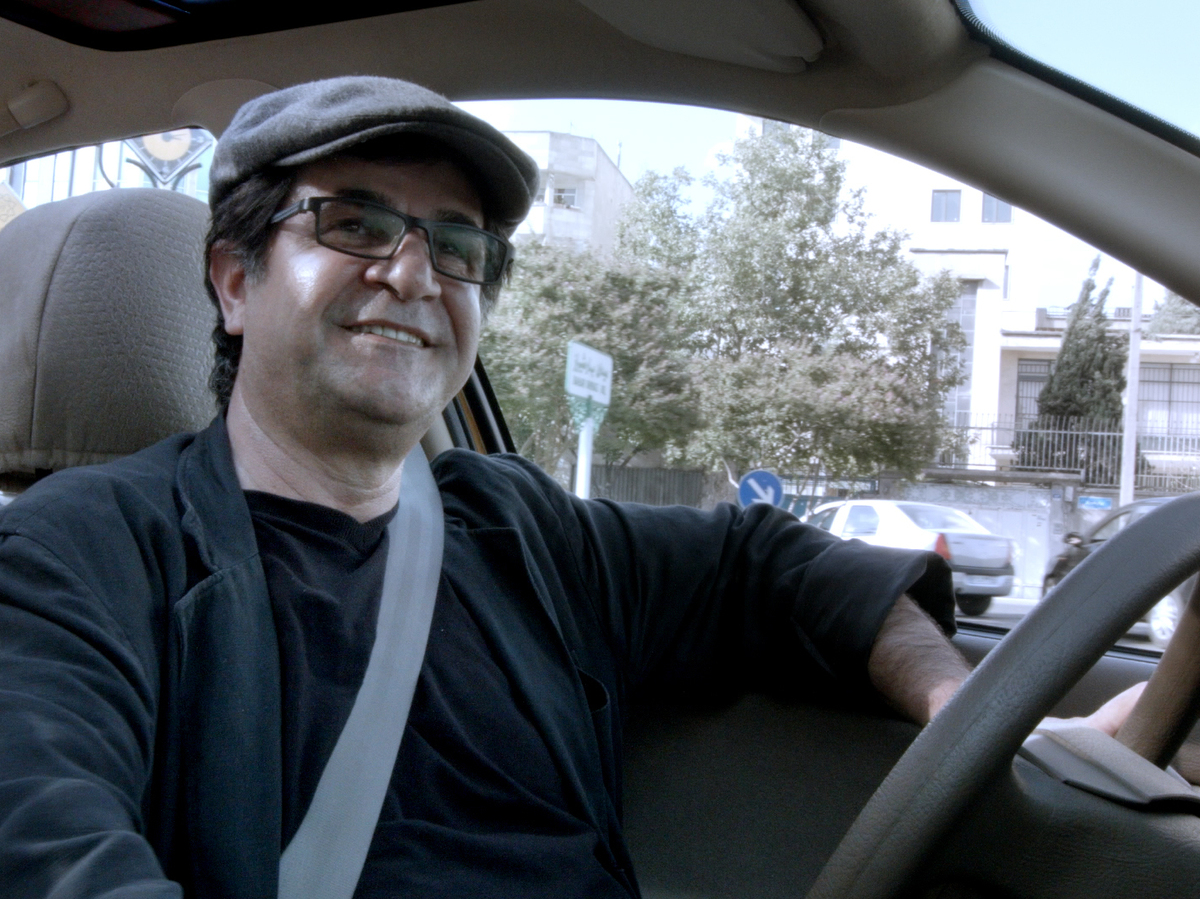 Director Jafar Panahi is a smiling and ever-sunny cab driver in his most accessible nonfilm yet.

Tell an influential, internationally celebrated filmmaker he can't operate a camera, write a script, or direct a movie and what does he do? If he's Jafar Panahi, he drives a taxi.

Panahi — imprisoned in his native Iran in 2010 for creating "propaganda" against the Iranian government, then confined for several years to house arrest, and now granted some movement, but still banned from filmmaking until 2030 — has been creative in his reaction to his government's strictures. While under house arrest, he managed to create with a stationary camera a film titled This Is Not a Film. A slightly more cinematic film, Closed Curtain, was created at his beach house.

Now he's created his most accessible nonfilm yet, as a smiling, ever-sunny cabbie in Jafar Panahi's Taxi. There's a camera on the dashboard pointed out front when the film starts at a busy intersection in Tehran. When the first passengers hop in, they wonder if it's an anti-theft device, and turn it around to examine it. At which point, you can see two of the three passengers as they talk with the driver — argue really — about whether capital punishment is the ultimate anti-theft device.

But it's when the arguers hop out (a bit surprised that their driver isn't charging them), that the third passenger puts the film on an unexpectedly amusing track.

And with a minimum of fuss, we have cheerfully arrived at a not entirely unexpected destination: Meta-land. This third passenger turns out to be a sort of one-man traveling video store, zipping around the city delivering Akira Kurosawa and Woody Allen DVDs to his customers, not to mention Season 5 of The Walking Dead (all of which have been banned by the authorities).

He's amusingly self-aggrandizing, especially when it occurs to him that his clients might be impressed that he's riding around with a notoriously banned filmmaker.

Other passengers offer different windows on Iranian society, most of them played for gentle ironies: A bloodied accident victim who thinks he's dying borrows Panahi's phone to dictate a last will and testament so that his much younger, ostentatiously wailing wife will inherit, not his brothers. After they arrive at the hospital, there's a brisk, mood-changing coda I shouldn't spoil.

Then two women hop in with a bowl of goldfish — which echoes the plot of The White Balloon, Panahi's first fiction film — and a bit later, another woman talks about visiting a girl who was jailed for sneaking into a volleyball stadium, which echoes Offside, another Panahi movie. Someone also notes a bit of purloined dialogue from Panahi's thriller Crimson Gold. 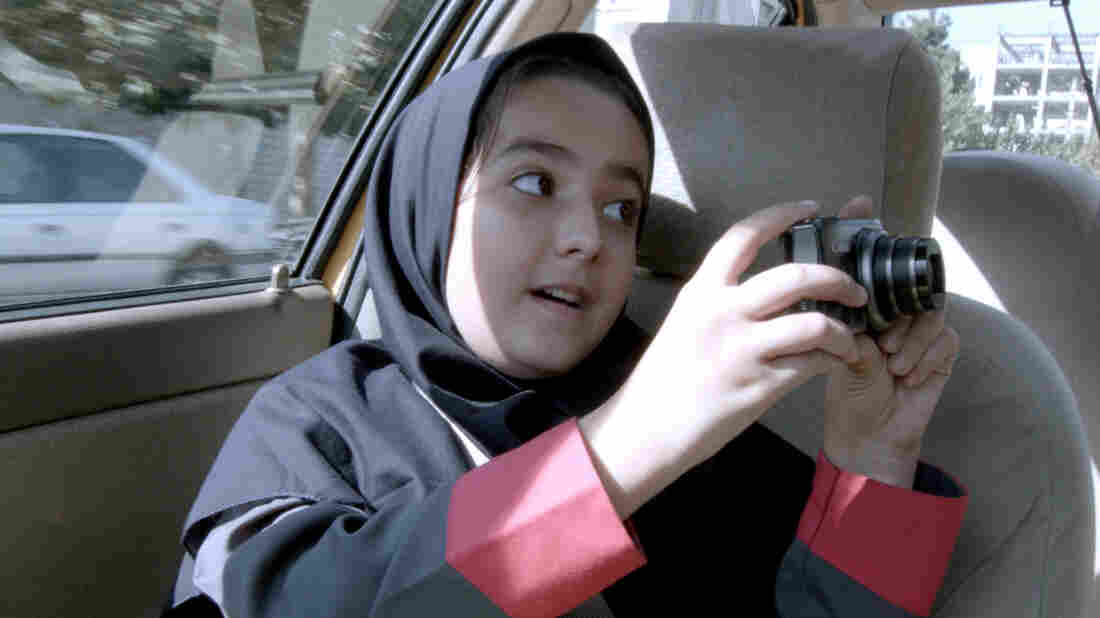 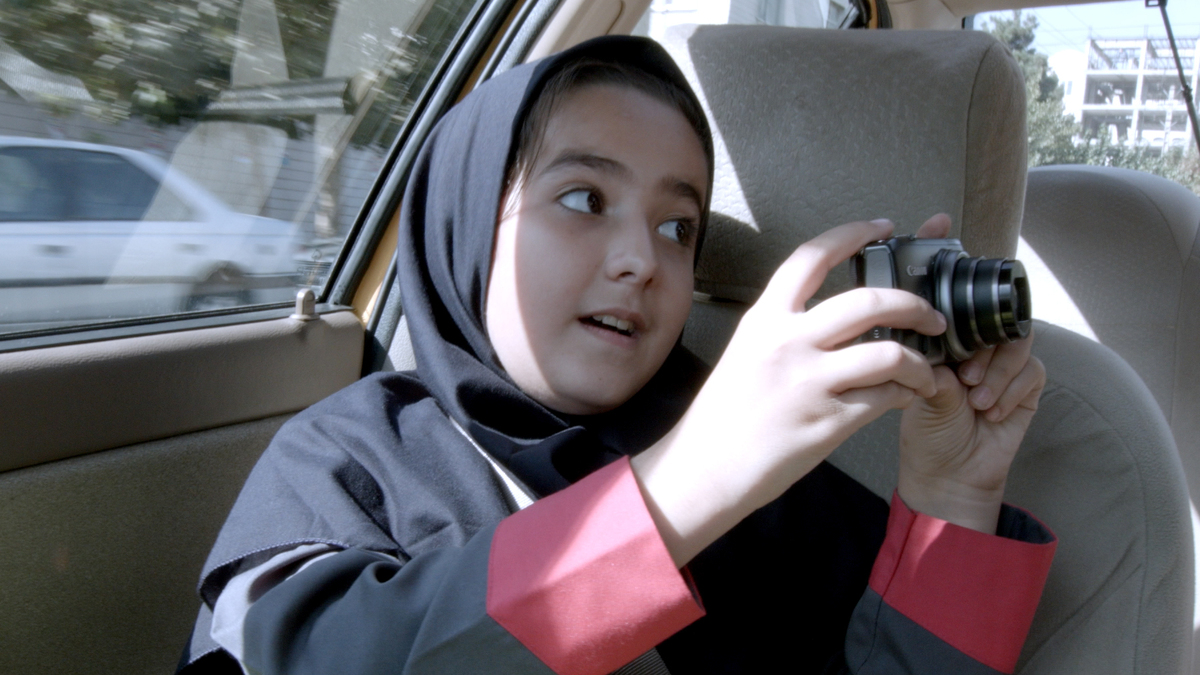 And while those all qualify as inside jokes that are likeliest to be appreciated by cinephiles, no one will feel left out when Panahi picks up his own 9-year-old niece, Hana. After she's done lobbying for ice cream, she starts talking about a school assignment to make a "screenable" movie for class.

From the driver's seat, Panahi, all innocence, quizzes her about what makes a movie "screenable," and she recites the official government rules ... the very ones that landed him in jail: No "sordid" realism can be shown, no politics or economics. Men must not wear ties unless they're villains. Good guys must be given the sacred names of Islamic saints. There can be no contact between men and women.

That these are tricky rules to adhere to in the real world, Hana will discover as soon as she pulls out her camera.

But by that time, Taxi has made its more "meta" point, both comically, and with cinematic flair: By obeying only the letter, not the spirit of the official rules, Panahi has shown that censors accomplish only so much. The rich, not-always-rule-following mosaic of Iranian life he's created in Taxi — at once inspired, and inspiring — is the portrait that the outside world will see of Iran.