Accessibility links
In Trove Of Kids' Book Treasures, A Glimpse Of The Work Behind The Magic Once a doctor's hobby, the Kerlan Collection is now one of the world's great collections of children's literature. Over 100,000 books offer visitors a chance to see the writer's process — for free.

Deep beneath the University of Minnesota, housed in a room 83 feet underground, one of the world's great collections of children's literature lifts the veil on thousands of classics. When you visit, just be sure to wear layers.

"It's cold down here," says my tour guide, Lisa Von Drasek. "It is very cold. Put on that sweater."

Von Drasek is the curator of the Kerlan Collection, which holds more than 100,000 books. And she says there's a reason it's 55 degrees:

"This is the temperature that is perfect for books and paper."

The room itself where the Kerlan Collection lives is bigger than two football fields, filled with shelves and packed with files featuring familiar labels: Arnold Lobel's Frog and Toad Are Friends, Maurice Sendak's Where the Wild Things — and Because of Winn-Dixie, by Newbery Medal winner Kate DiCamillo.

"It's very Raiders of the Lost Ark-y down here," says DiCamillo, who joined Von Drasek and me on this tour of the collection. And DiCamillo is right: The room does look a little like the warehouse in the final scene of that movie.

The collection is all here because of a man named Irwin Kerlan, a doctor and graduate of the University of Minnesota. His passion was children's books; he started collecting first editions in the 1940s.

Then, as Von Drasek explains, Kerlan became friends with the authors and illustrators themselves.

"He would go on studio visits," she says. "And he noticed they were throwing away manuscripts and original art. I have letters and letters [saying], 'Please don't throw anything out; please just send it to me. Here is a self-addressed stamped envelope.' "

The result is some 12,000 early drafts (and counting) — including the preliminary drawings for Goodnight Moon, by Margaret Wise Brown.

This is something you see a lot at the Kerlan. Authors often discard characters and add new ones. Sketches can change radically over the course of 15 drafts. 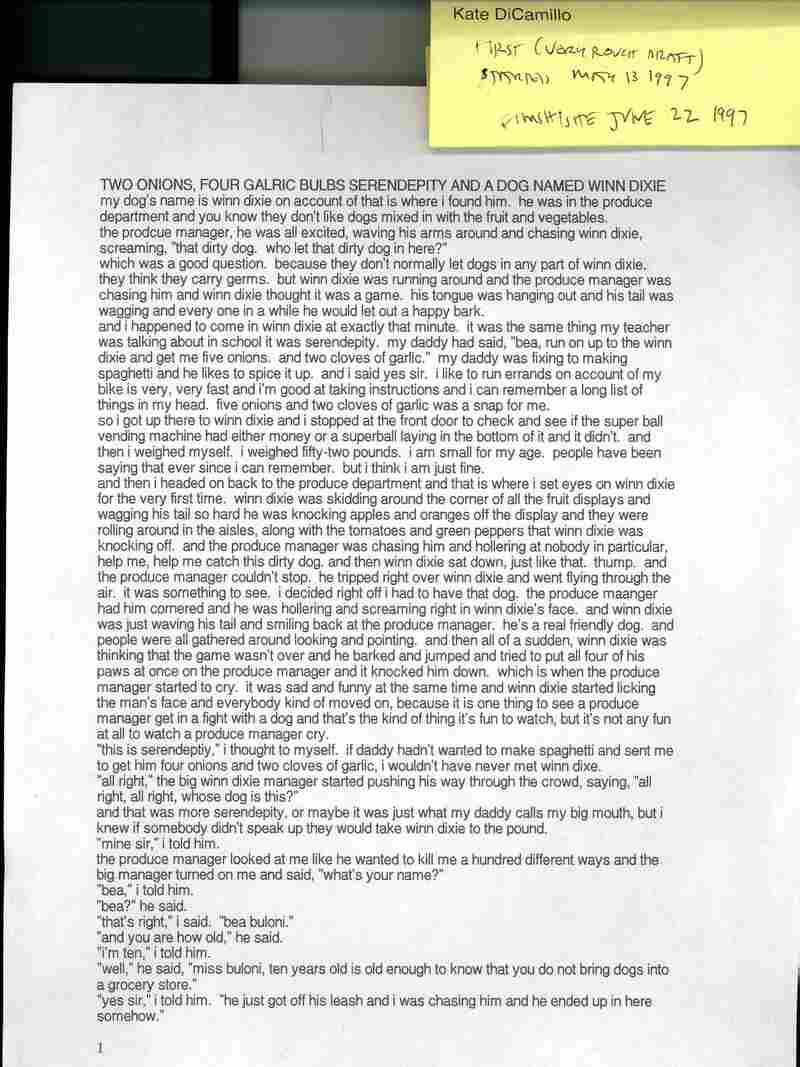 The first draft of Kate DiCamillo's Because of Winn-Dixie. Courtesy of the Kerlan Collection hide caption 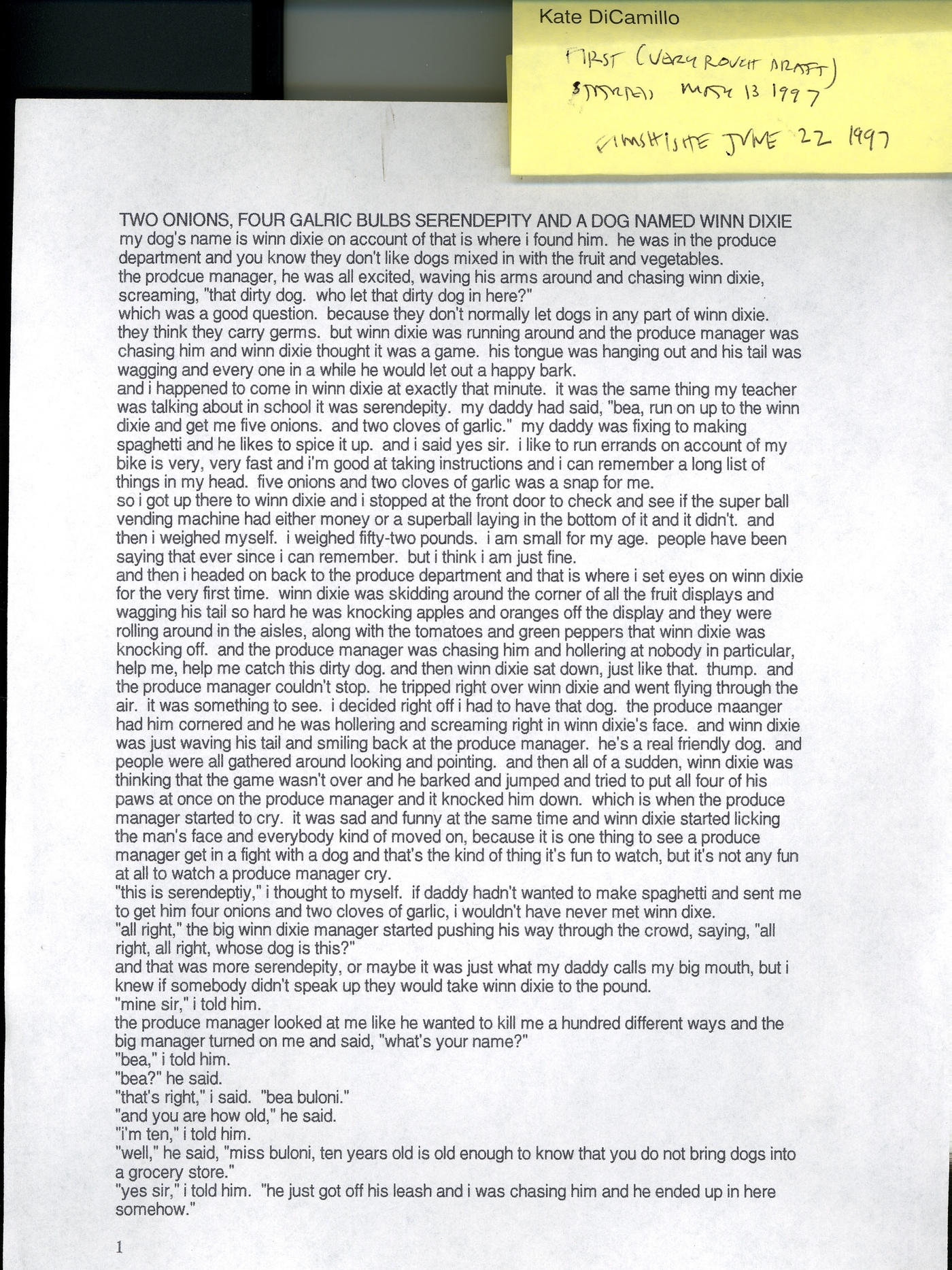 The first draft of Kate DiCamillo's Because of Winn-Dixie.

Courtesy of the Kerlan Collection

"That's the part that really grabs me. You can come here and see how people work and you also start to see that it's work."

In this way, the library is a valuable teaching tool. The Kerlan is open to anyone. In fact, Mary Rockcastle, the director of creative writing programs at Hamline University in Minnesota, takes students every year.

"It illuminates the process and it demystifies it," Rockcastle says. "When they see how many times someone of the caliber of a Kate DiCamillo revises, they realize you must change it to get better and better."

All of DiCamillo's manuscripts are kept at the Kerlan — and she feels a little abashed about that. "It's like someone looking through my dirty underwear."

But she also feels it's important. She hopes that making her drafts available to others will give encouragement to the fourth-grader who dreams of publishing a book, or the lawyer with a novel in her desk drawer.

There's a message in those drafts. It's the old saying: The essence of writing is rewriting.